Friday 5 August 2022 – In a couple of days’ time, my wife and I embark on our most ambitious overseas travel – a major holiday crossing Canada from left to right and taking several weeks to do so. You can read the details in the Travel Blog pages of this site, if that’s your bag (I hope it is). But this posting is among the Photo Blog pages, since I’m using it to express my (usual) angst about the agonies of packing photo gear for such a major endeavour.

You’d have thought by now that I would be able to work out what gear to take on a holiday. After all, relatively recently we travelled to South America for 6 weeks, and gear wasn’t a problem then, was it? Not entirely a rhetorical question. Since I still chucklingly described myself as a pro photographer back then, I had a larger selection of cameras and lenses to choose from – and even then had to buy a particular lens for the trip. In the end, I took a ridiculous number of cameras with me – a DSLR with a general-purpose travel zoom lens (27-450mm equivalent), a backup compact camera, a Tough camera for snorkelling, and an Osmo – a camera-and-gimbal setup for video work. I managed to cram all of this into a MindShift 26-litre backpack, along with an Android tablet, two power banks, a sensor cleaning kit, rain sleeve, power adapters and cables. This was my carry-on bag and (whisper it) was far too heavy, even though it was within the airline carry-on size limits. No-one ever queried it, fortunately.

This was fundamentally a sound set of choices, but not perfect. For example, I had no strap or sling for the camera, as I fondly imagined that the backpack would come with me wherever I went. Good as it is, the backpack was occasionally too cumbersome, and so I had to hand carry the camera, which was also cumbersome, but less hassle than dealing with the backpack every time I wanted to take a shot. Also, I put a tripod in my main suitcase but I never used it. A little serious thought would have told me that it wasn’t appropriate for the sort of trip we were planning.

I only have one “proper” camera now: 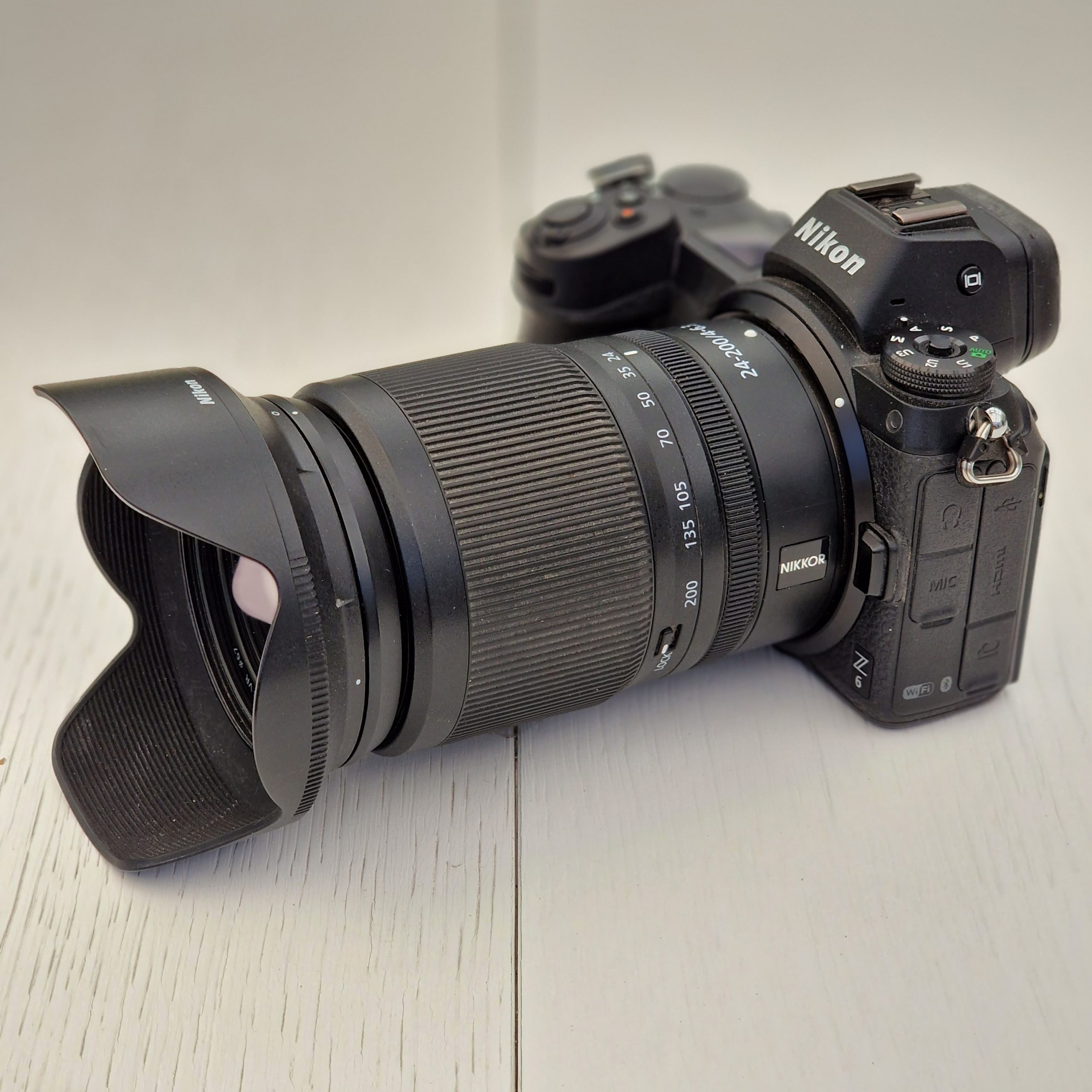 The lens (24-200mm) is a great general-purpose travel lens. However, the actual equipment I feel I need to take with me looks like this: 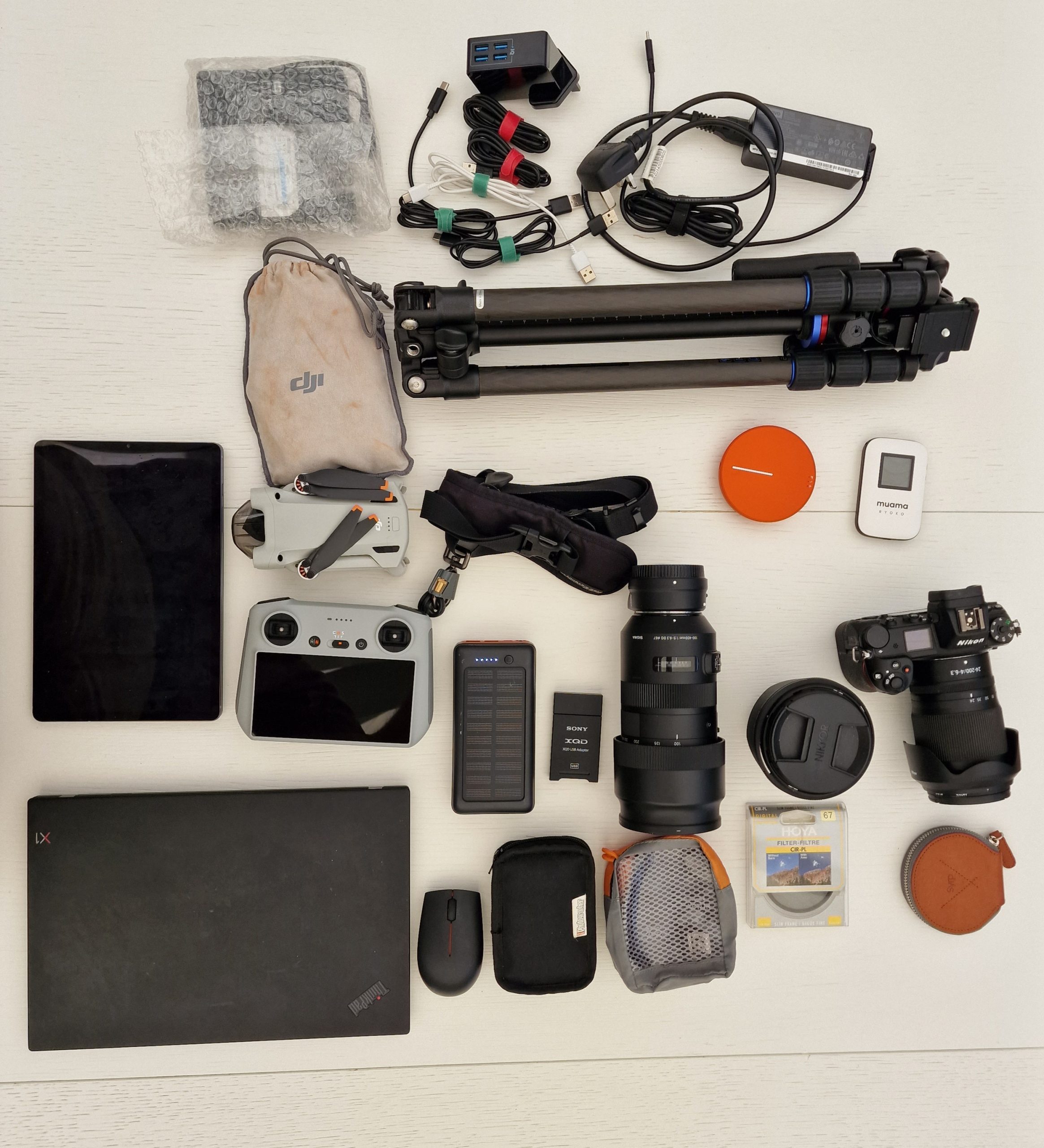 Here’s what I’m going to pack

I don’t have the option of entrusting any of this to a suitcase, as Li-Ion batteries are not allowed in hold luggage. So I have to try to get it all in a lug it about on my back. 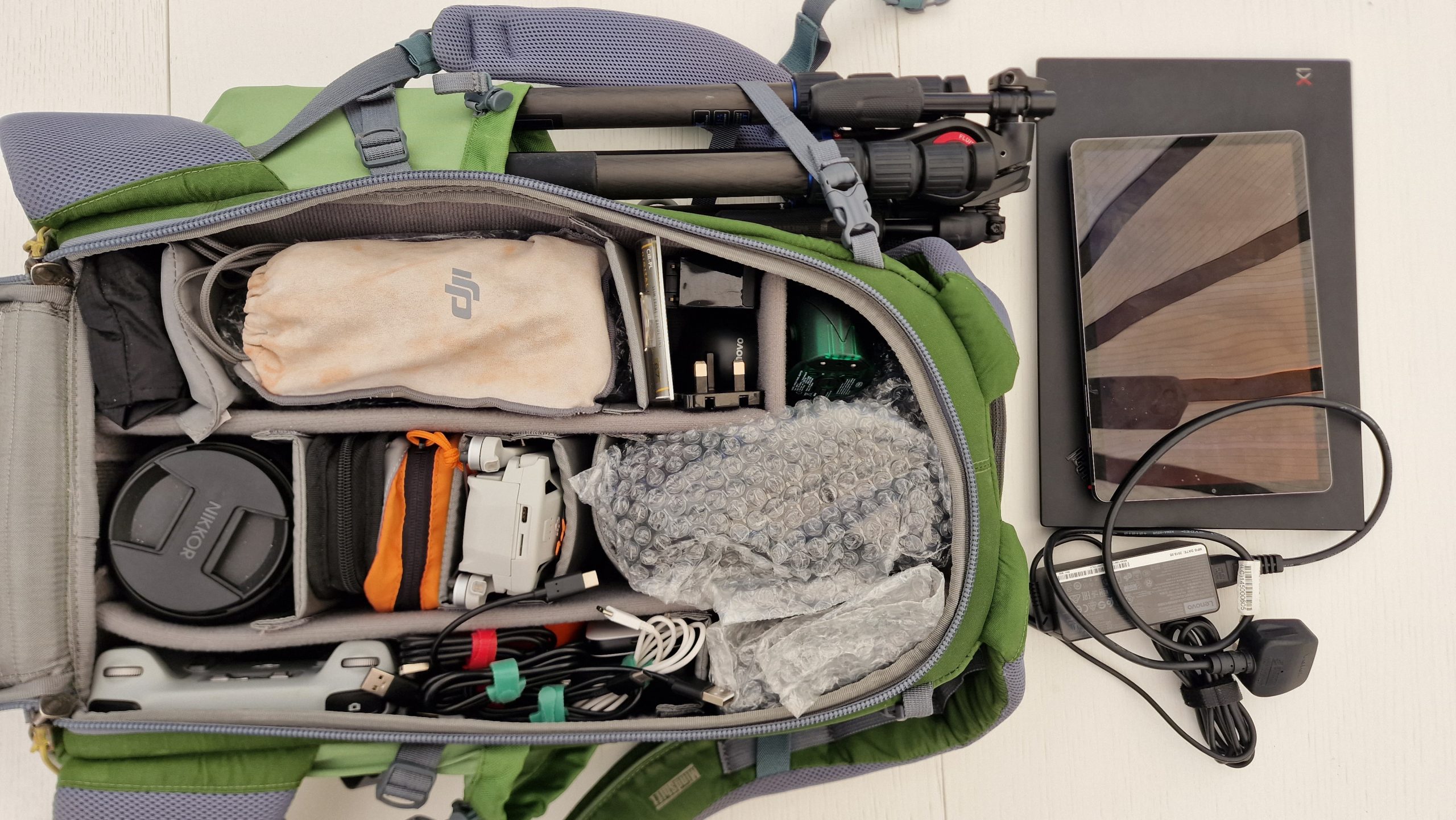 (Laptop, tablet and mains brick will go in the back pocket.)

Two stone. 28 pounds. Nearly 13Kg. Please don’t grass me up with the airline….

I’m almost certainly making my life more difficult than I need to; it may be that the general purpose lens is up to the wildlife job. But then again…..I am a little anxious about getting decent wildlife images; a 200mm focal length is not really quite powerful enough and there are bears of both grizzly and polar sorts to be photographed. I have a very good wildlife lens (200-500 f/5.6) but it is huge and weighs a ton (well, 2.3kg, anyway) which disqualifies it from coming to Canada. Reading an Amateur Photography magazine article gave me an idea for something almost as good: a Sigma 100-400 lens. It is 1 kg lighter and considerably smaller. 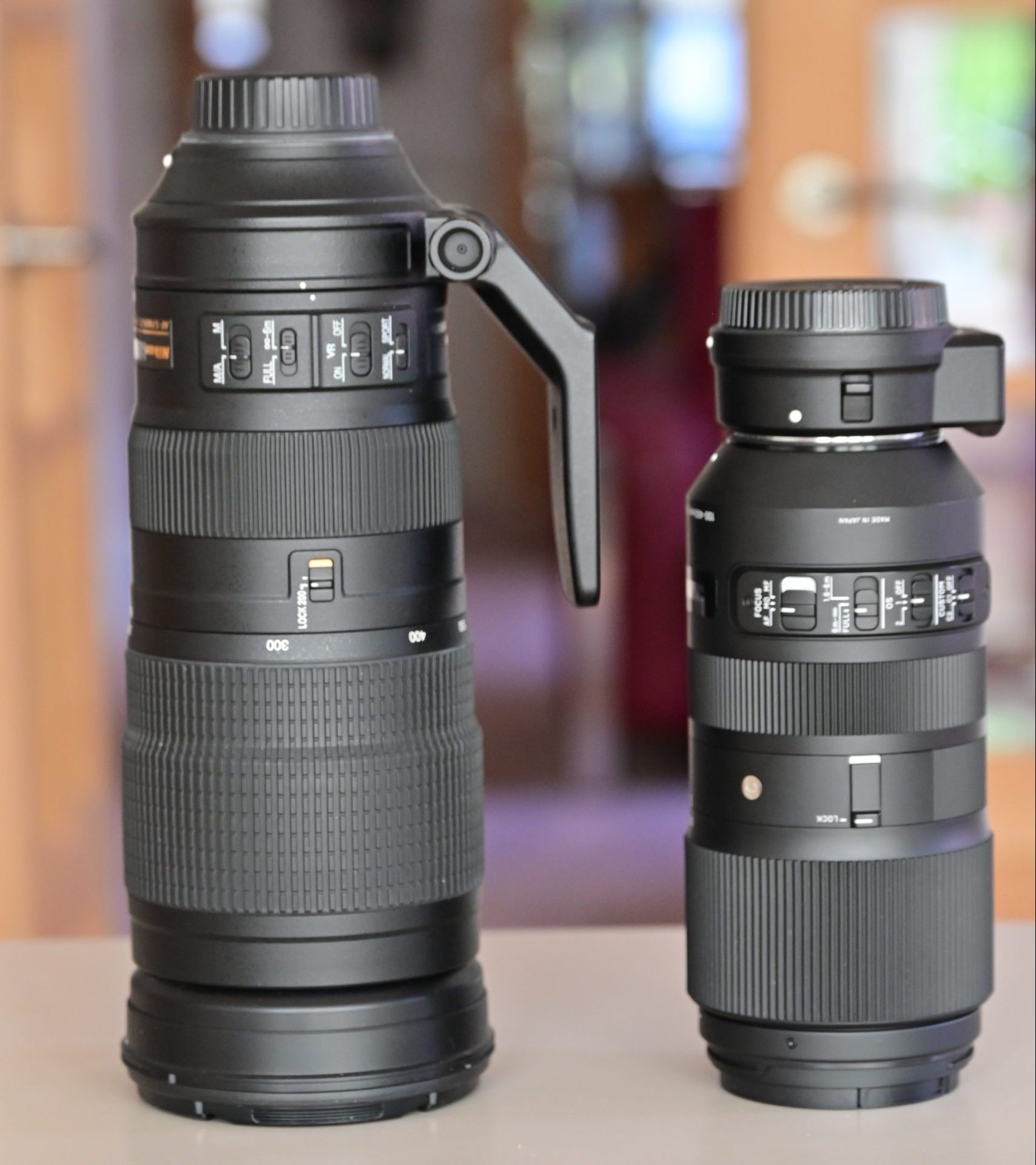 (it’s the one on the right, here, wearing the FTZ adapter necessary to fit it to my Z6.) Courtesy of Wex Photo, I managed to acquire one second hand. Technically, it works well and – this is of critical importance to me – my RAW processor of choice, DxO Photolab, understands it; image quality therefore is maximised and all I have to do is to nail the composition. That’s all. Wish me luck….