The journeys we’ve undertaken to get from one segment of our holiday to the next have been largely unremarkable (one was, of course, an actual segment in itself), and so have remained undocumented. The route to our next hotel, the remarkable and lovely Inkaterra Hacienda in Urubamba (number 4 in our really favourite hotels) 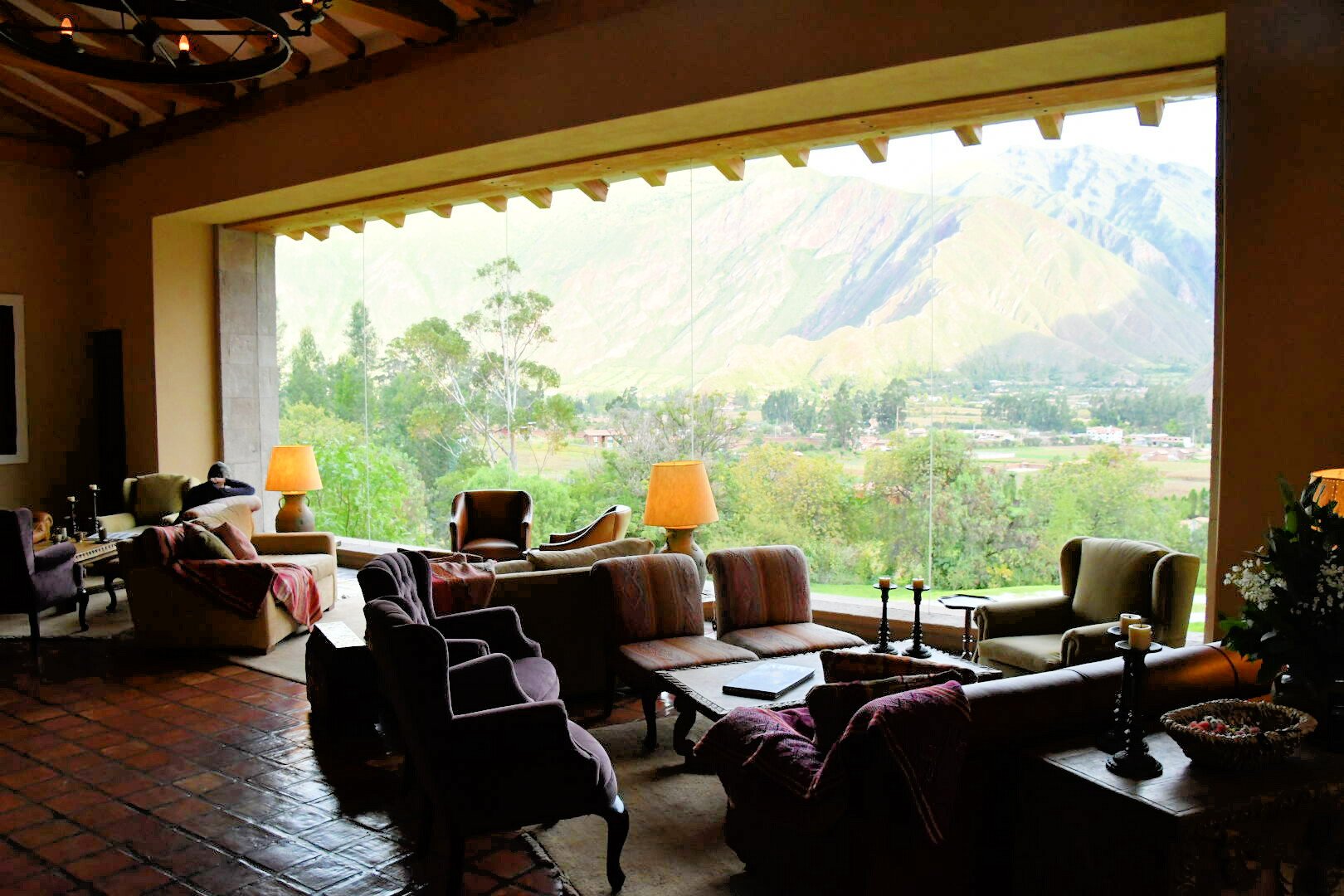 was sufficiently unusual and content-rich to be worthy of a small side note about it.The first remarkable thing was that the flight was delayed. So far, we have undertaken 11 flights; one has actually departed early and a couple have been a few minutes late, but our departure from Lima was an hour and a half late. This is a shame, since Lima’s departure lounge is not a rewarding place to spend time. The next remarkable thing, and something that tells the European traveller that he or she is in a far away place with a strange sounding name, is what greets you as you head into the baggage area at Cusco airport.

To get us gradually acclimatised to altitude, our destination was not Cusco (3400m) but the Sacred Valley (2800m), and this is a 90-minute drive from Cusco. Our guide repeated the helpful advice about ways to combat altitude sickness (including, as an extra, that coca tea is a diuretic, something I realised by the time we got to the hotel) and then made sure that we got some extra value out of the journey with a couple of stops. The first one was in Chinchero, where we stopped at a place which specialised in the traditional, hand-made production of Peruvian fabrics. Outside it was a Peruvian Inca Orchid, the hairless dog found in the region 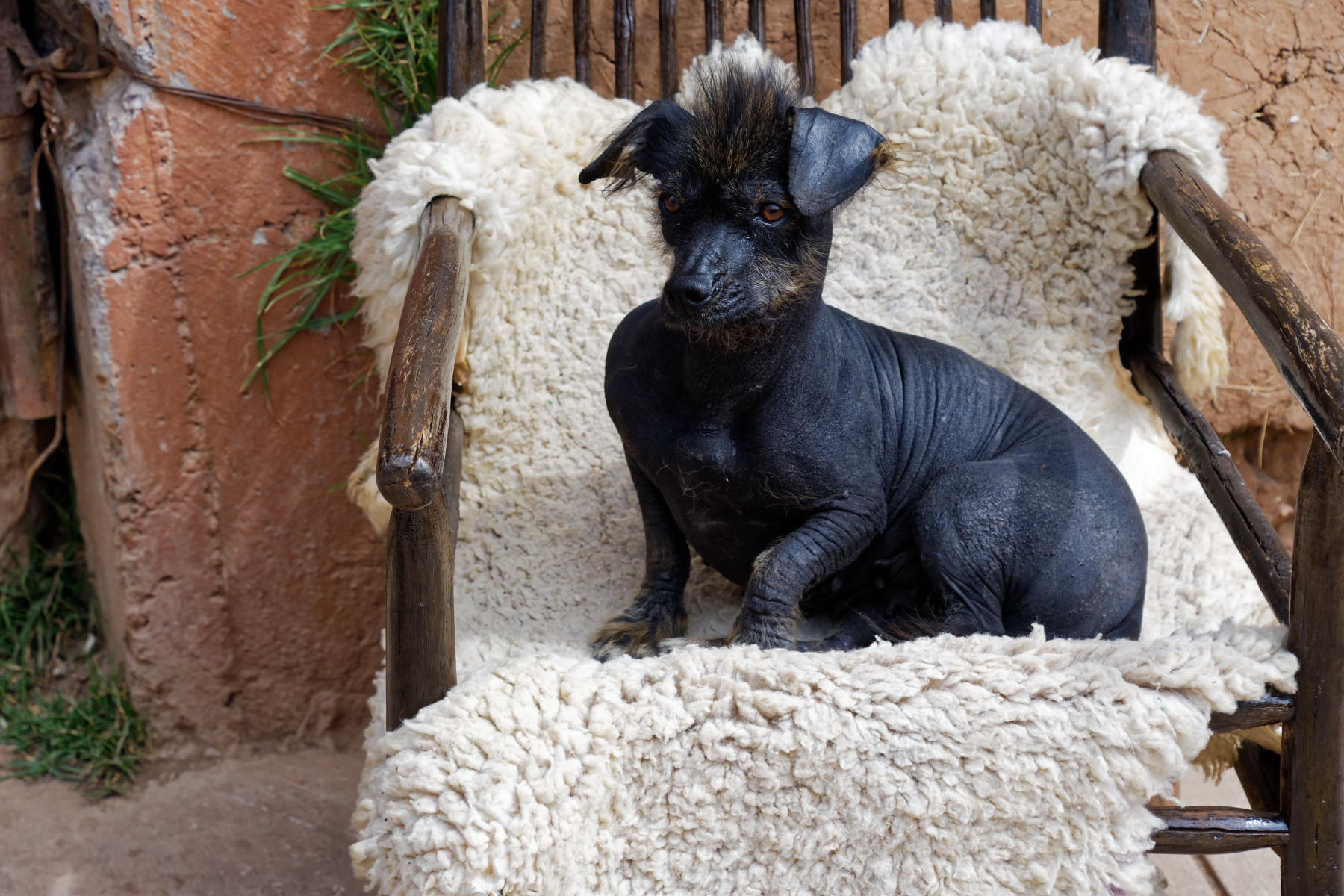 and inside it were various animals, like llamas and alpacas 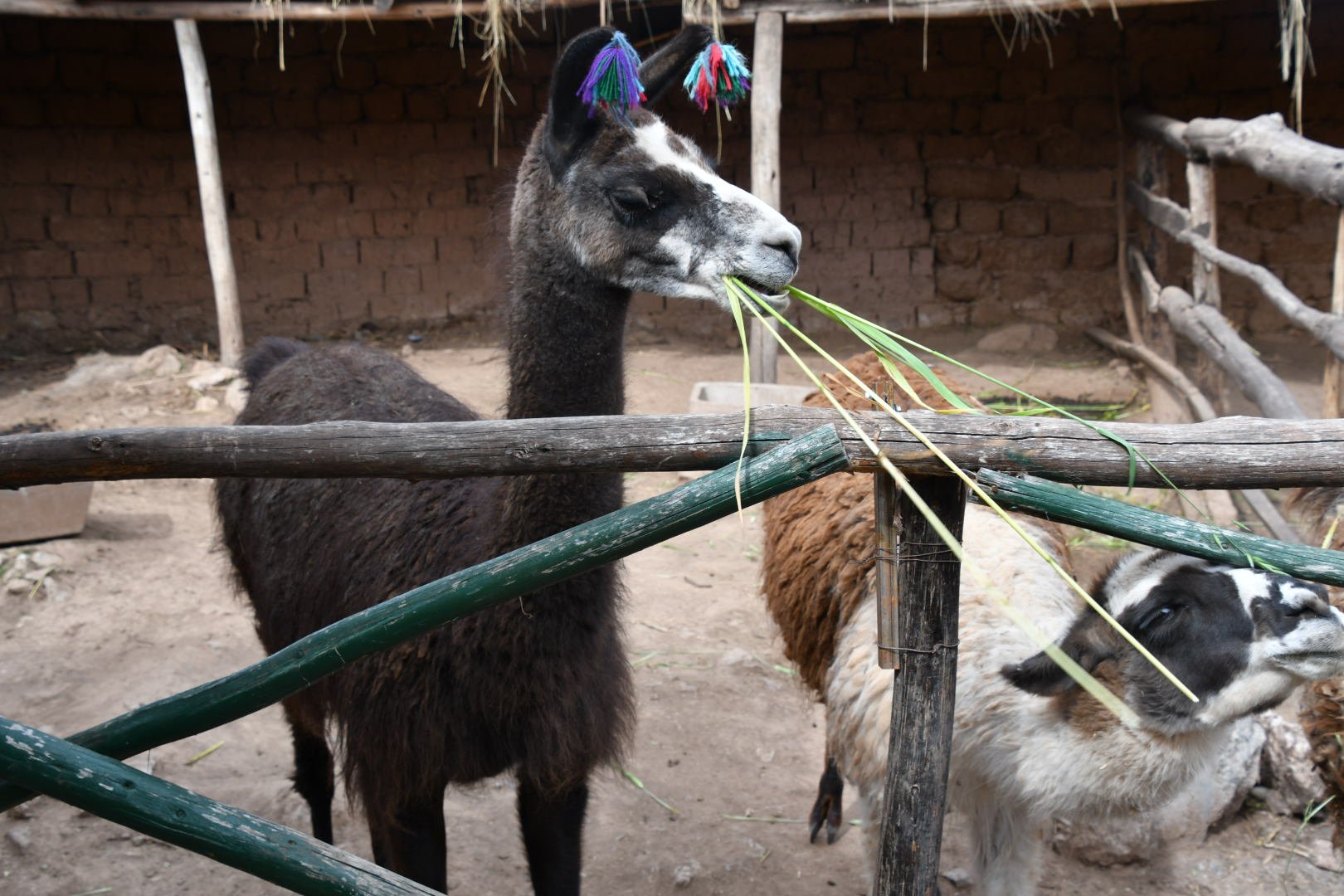 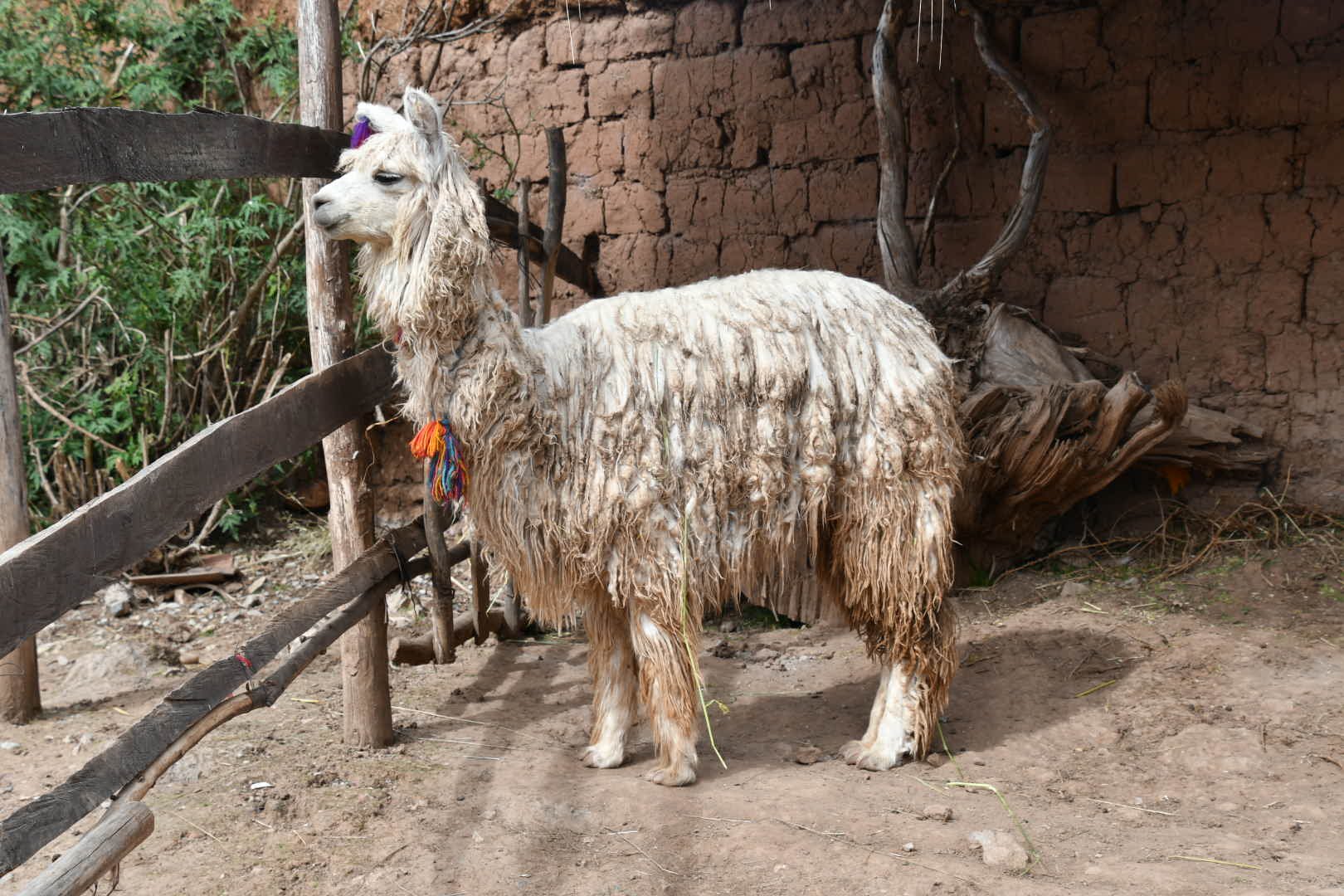 and, of course, dinner. 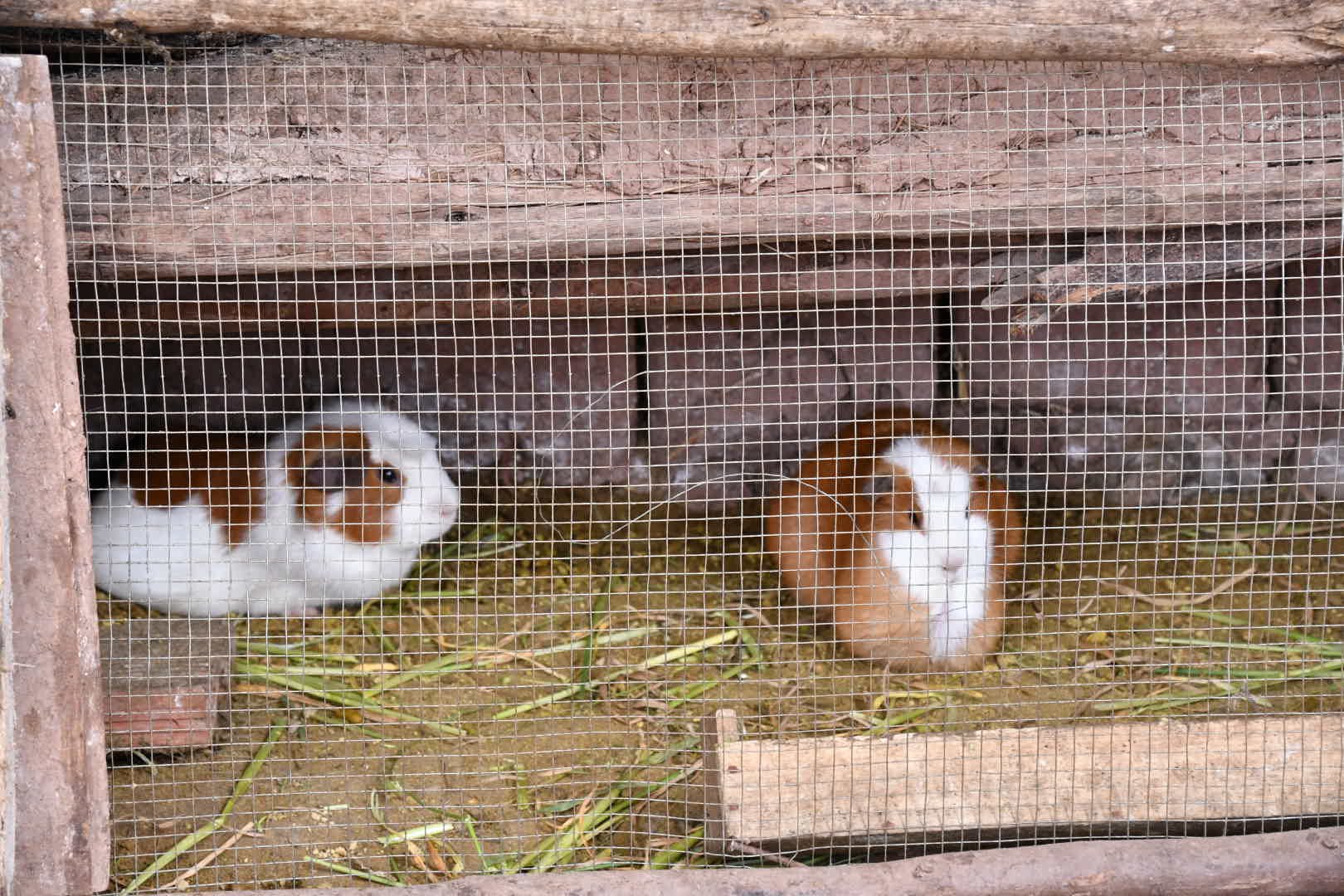 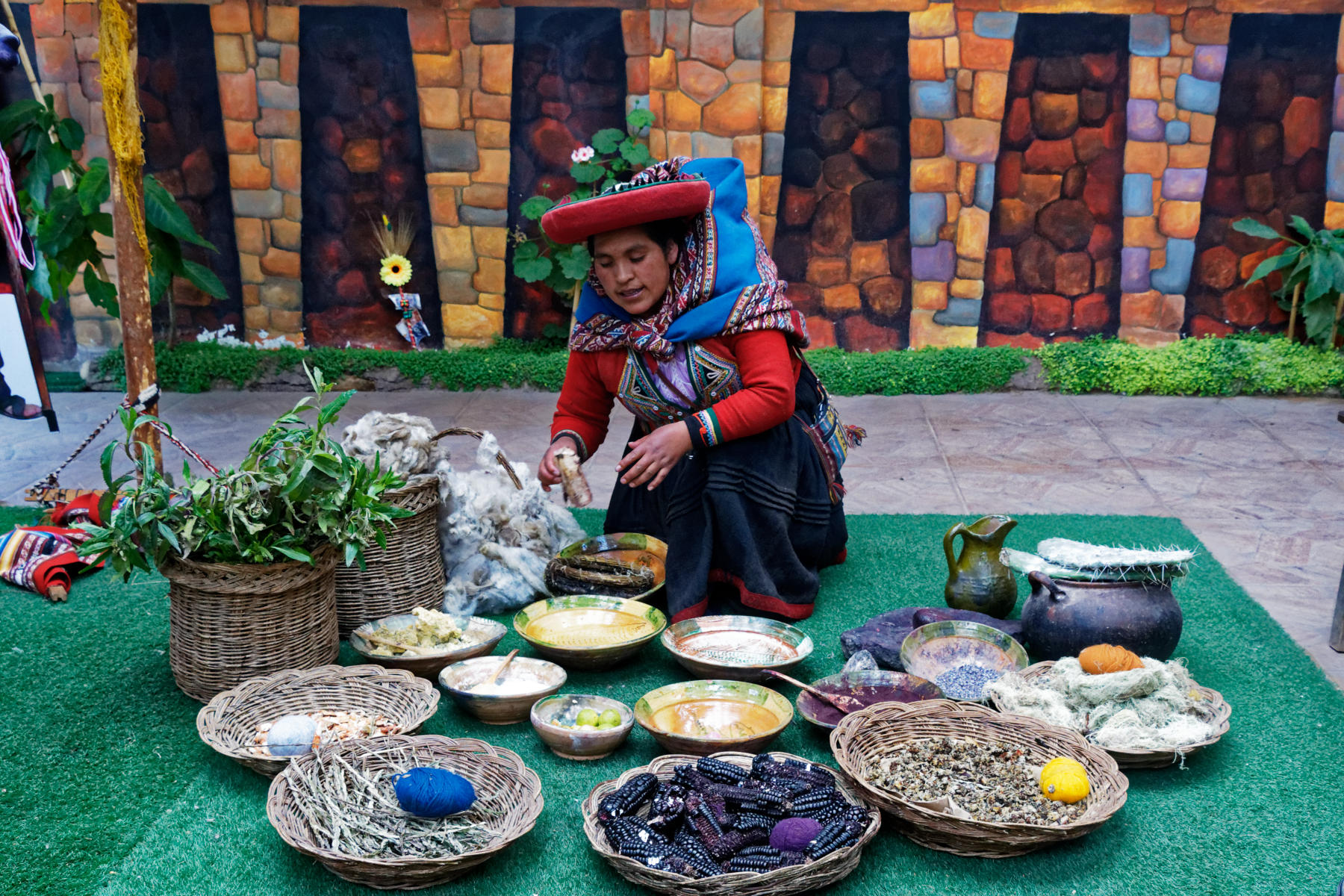 as well as weaving using the dyed threads. It was clearly an attempt to get us to buy some fabric, but it was low-pressure. What they had on offer was gorgeous, but very expensive (as you’d expect for something that takes weeks to make working six hours a day), so we made our excuses and left 20 dollars by way of thanks for their time, because it was genuinely interesting. I have some video footage with which I’ll bore you shortly after I can get to an editor.

A few minutes down the road, our guide once again stopped and led us to a breathtaking viewpoint over the Sacred Valley, 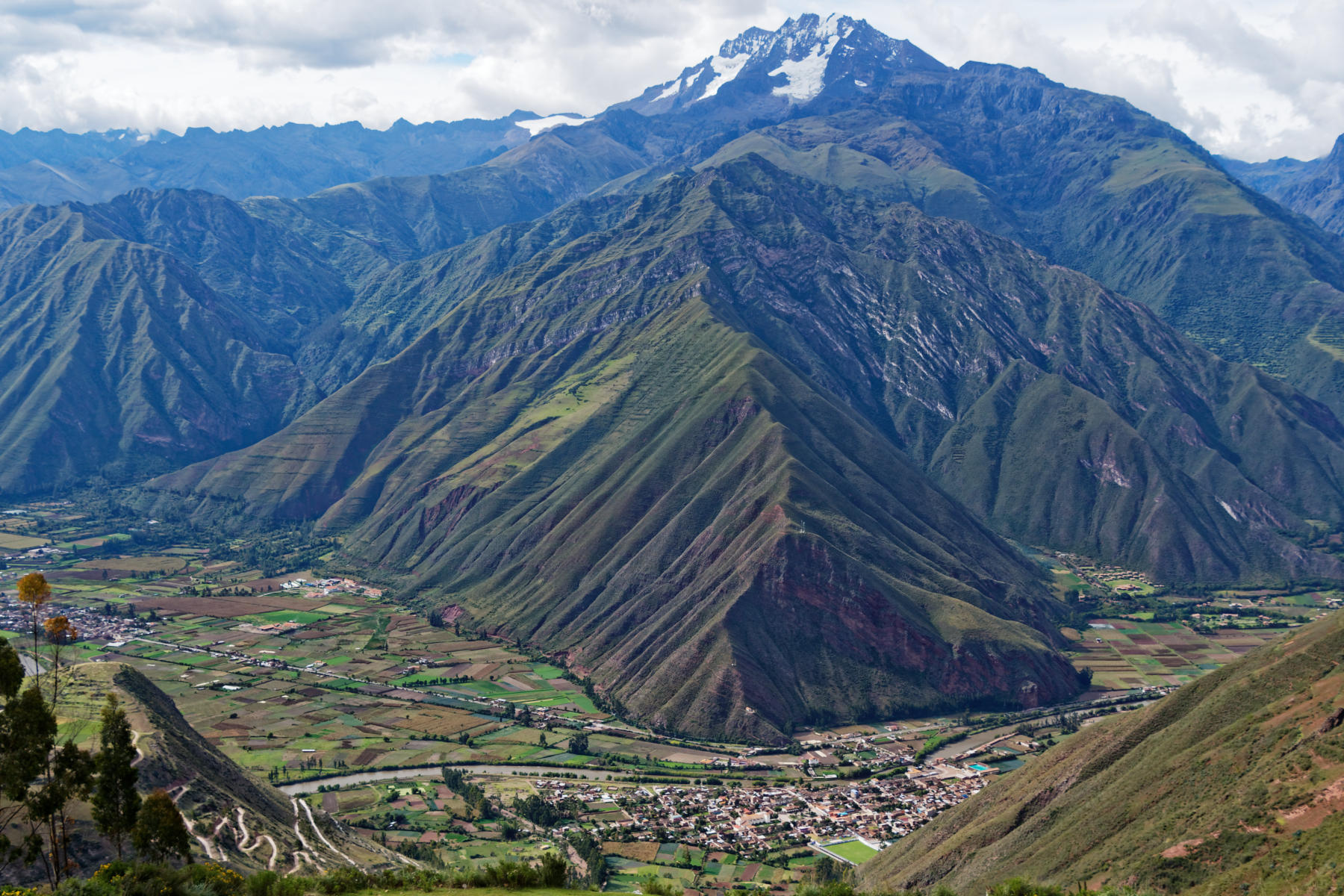 (you can just see our hotel, the group of small buildings towards the lower right of picture, in the cleft between hills) and also, kindly, stopped again so we could take another photo of the main town in the Valley, Urubamba. 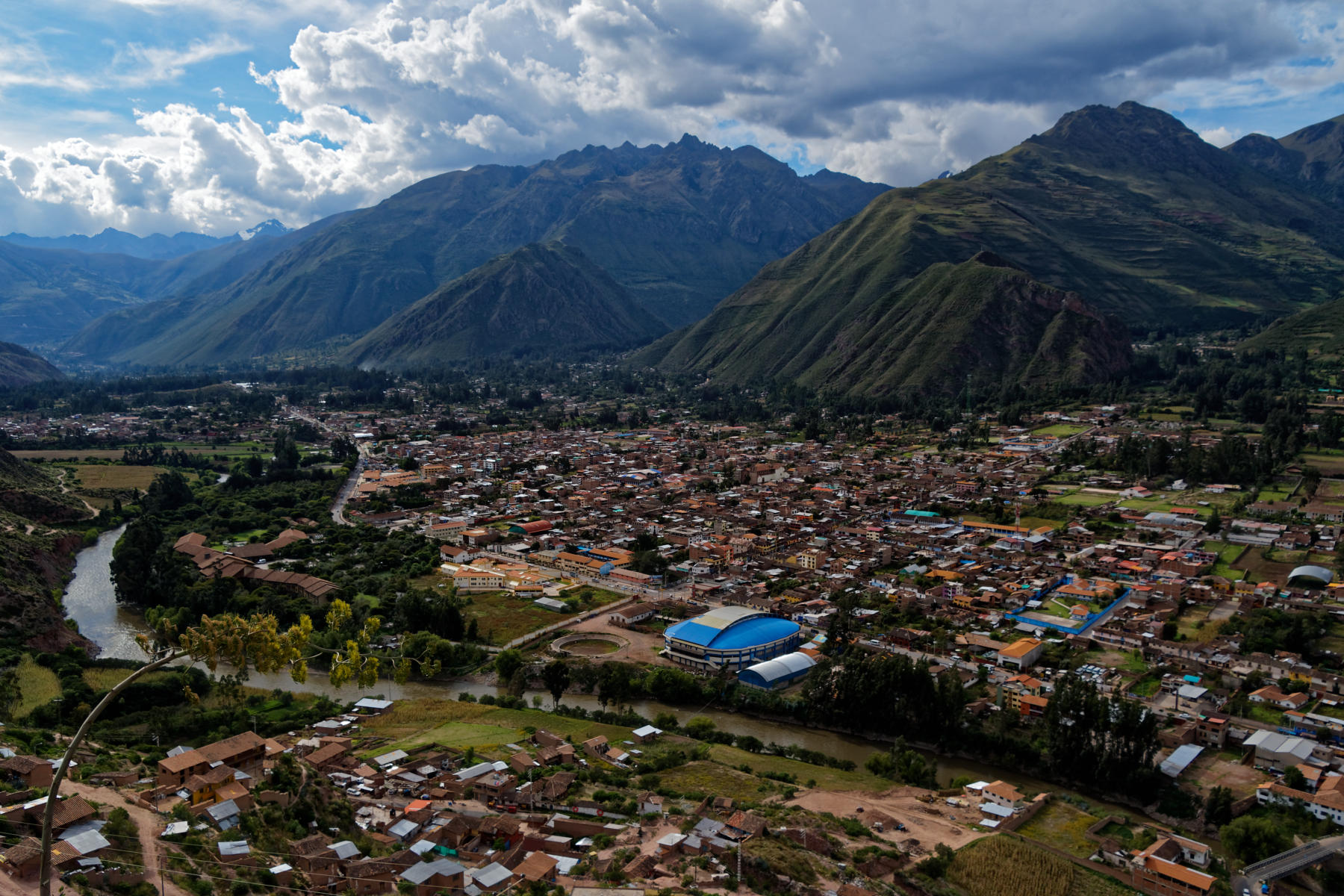 One intriguing thing can be noticed if you look carefully at the hillside (just above centre in the following photo): 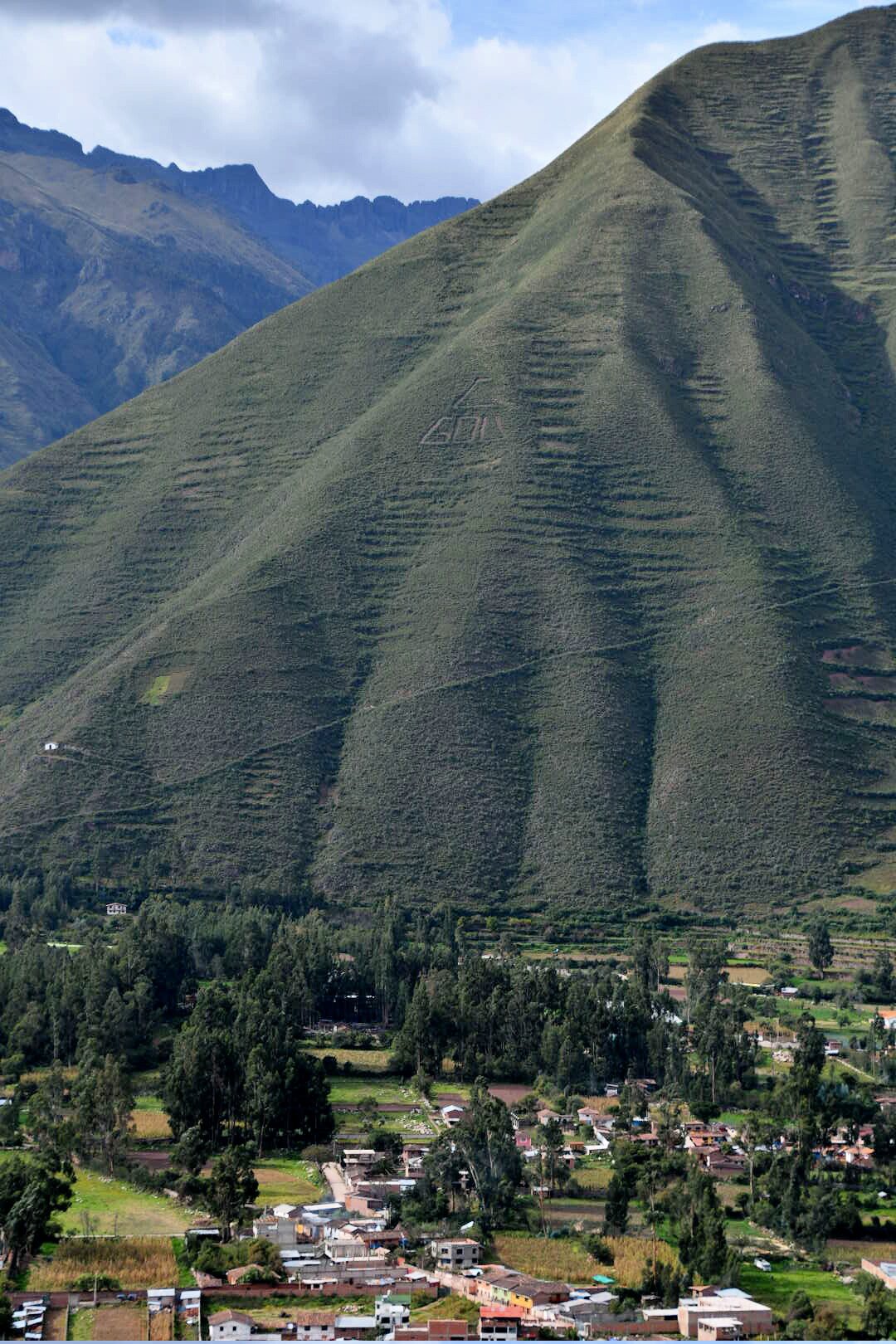 you can just make out the letter C with, below it, GOU, sort of carved into the hillside. This is an example of work done by local schools, with the initials representing the school; apparently, on the school’s anniversary, the students set lights up within the letters so they can be seen at night, which must be a spectacle. There are several sets of letters to be seen in the hills in the area.

And shortly thereafter we were at the hotel, which, as I say, is very lovely and has service that is so attentive as to be almost oppressive. Among the welcome gifts is a voucher good for two Pisco Sours in the lounge, which means it must be Time For The Bar.