This was my first ever blog entry and it established this website as being a very modest but useful resource.  It used to be to support my professional photo work, but I retired. While I still count myself as a photo enthusiast, the main purpose of the site is for me to record my thoughts whilst travelling so that the experience doesn’t disappear into the mists of my unreliable memory.

However, there are some matters photographic that matter to me, hence the occasional posts on the subject.  Following is an updated version of this first-ever post, now featuring a rather better example of the benefits of taking photos in RAW, which I do whenever it’s important to get the maximum quality out of an image.

Before I get to the specific example, let me up what RAW means for those not familiar. You can skip ahead if you know all about this. If, on the other hand, your object of photography is to get an image online as soon as possible (e.g. for Instagram), you can stop reading right now, because every RAW image needs post-processing before display. (I use DxO Photolab. It’s brilliant, as it automates corrections for many things, such as lens distortions, without my needing to ask.)

Now: an example.  When I was in Iceland recently, we visited a historical area called Thingeyrar, which has a church – specifically, a Catholic church.  This means that the contents are somewhat more lavish than your typical Icelandic church, which is Lutheran and a lot less ritzy inside as a result. Sadly, the church was locked; we couldn’t get inside to take photographs, so I had to point my camera (Nikon Z6) through the window to capture what I could.  At first blush, this looked rather unimpressive.  Here’s the photo, a JPEG image, out of the camera. 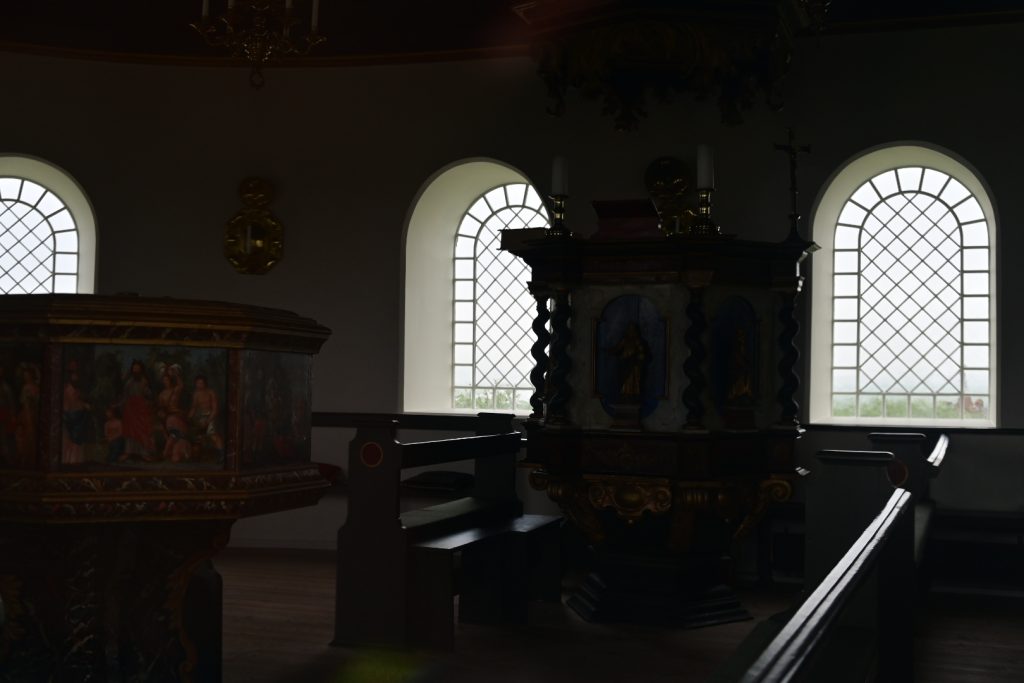 As you can see, it’s a horror – backlit and everything in silhouette.  Digital cameras, however, are normally pretty good at retrieving detail from dark areas, so one can take this photo and improve it a great deal, even as a JPEG: 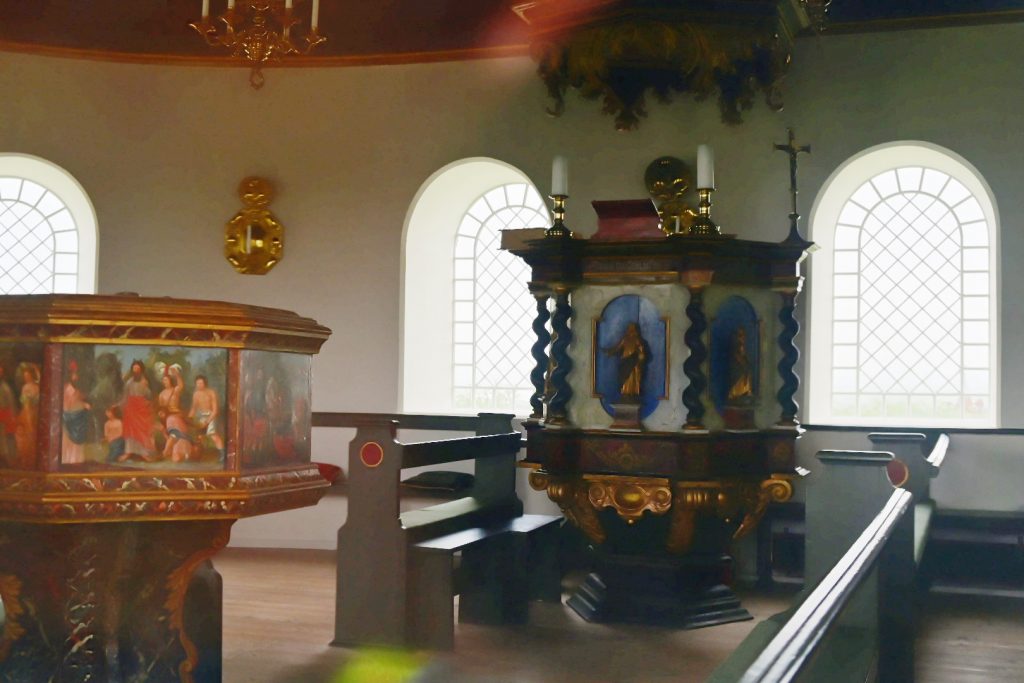 But processing the RAW file gives an even better result: 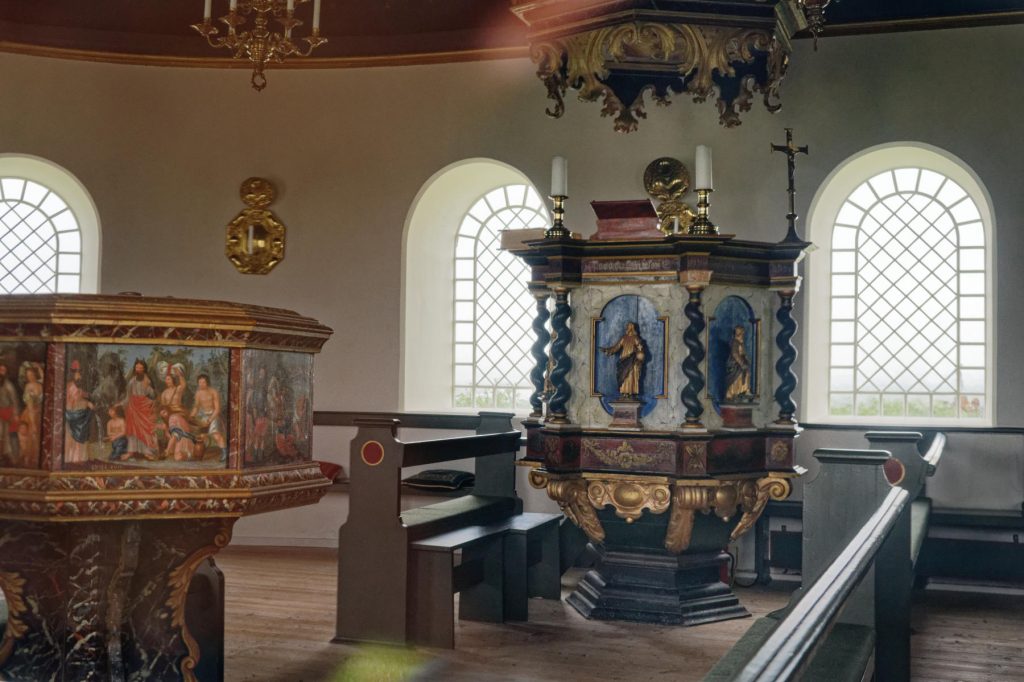 It’s not an award-winner by any stretch of the imagination, as I have flare and reflections and all sorts going on, but the processed RAW photo is clearly better – more detail has been retained in the windows, for example, the shadows are much less indistinct and it’s clearer and crisper overall, as I was able to get at all of the information in the image (RAW), rather than what the camera had decided I should get (JPEG). It’s also a lot less noisy, as I was able to process it with DxO Photolab’s excellent noise-reducing capabilities – which are only available on RAW images.

I made sure to underexpose the image in order not to lose detail in the bright areas, as I was certain I could retrieve detail in processing the image.  And there’s the rub – as I said above, every RAW image has to be processed – “developed”, as it were –  in order to display it.  I could have used just the JPEG version, but I prefer to have the version that has all the edits in it that I want. And I’m prepared to invest the time to do this.

It can be considerable, but it’s worth it, don’tcha think?