Every excursion from Australis ships is carefully explained to its potential participants, to make sure that safety instructions are well understood and that, if there’s a choice of arduousness of hike, you can choose correctly. The briefing about Cape Horn left me feeling really excited about the prospect of visiting a unique and historic site – all we needed was decent enough weather to be able to make landfall. And it was clear from the briefing that this is by no means a given…

We were lucky. Mostly.

In a relative way, the weather was kind. So, it was only raining at 45°, rather than horizontally, and the temperature was above freezing – a positively balmy 5°C. Getting into the landing craft was a bit more scary than usual, but getting out of them on to Cape Horn island gave us a real insight into the hard work that the expedition leaders on the ship do to ensure that we tourists – sorry, travellers – get the selfies we so desperately need. There were five people, including a couple waist deep in the freezing ocean (who, by the way, had day jobs as the two chief barmen on board), to catch an incoming rib, hold it steady and assist people to disembark on to a ramp. Absolutely sterling work, and these guys deserve all the applause (and tips) that they get. I took a little movie footage of our subsequent departure, to give some idea of what they go through for us: 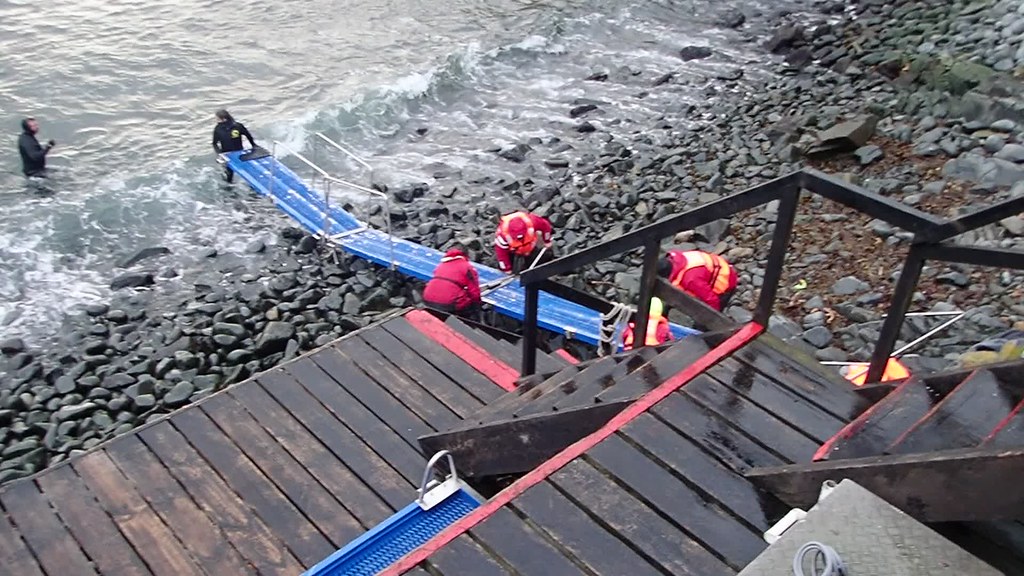 Ah, did I mention the hail? As we approached land, the rain turned solid, and we were lashed with hailstones. Small ones, to be sure, but they didn’t half sting.

Anyway, to cut a long story short, we got ashore and started the journey to see the sights. There aren’t many of these, but they’re certainly worth climbing 438 steps to see, and that’s before breakfast. On the island, there’s a monument and a lighthouse. In the lighthouse live the lighthouse keeper, a Chilean Navy officer, and his family. They run a small souvenir shop, with painted rocks being the staple, and live there for a tour of duty during which their only other human contact consists of one supply ship every three months and the odd bunch of tourists, sorry, travellers. There is, we’re told, a waiting list for the job.

The rest of the expedition is spent trudging up and down steps, which are definitely wet and sometimes slippery. 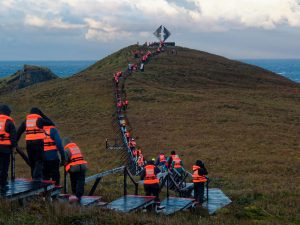 Everyone has to keep their life jackets on, which makes for a striking sight as people ascend and descend the steps. 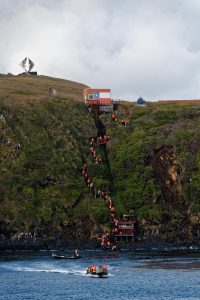 And the monument is a thing of joy, with two pieces giving shape to an albatross in negative space. 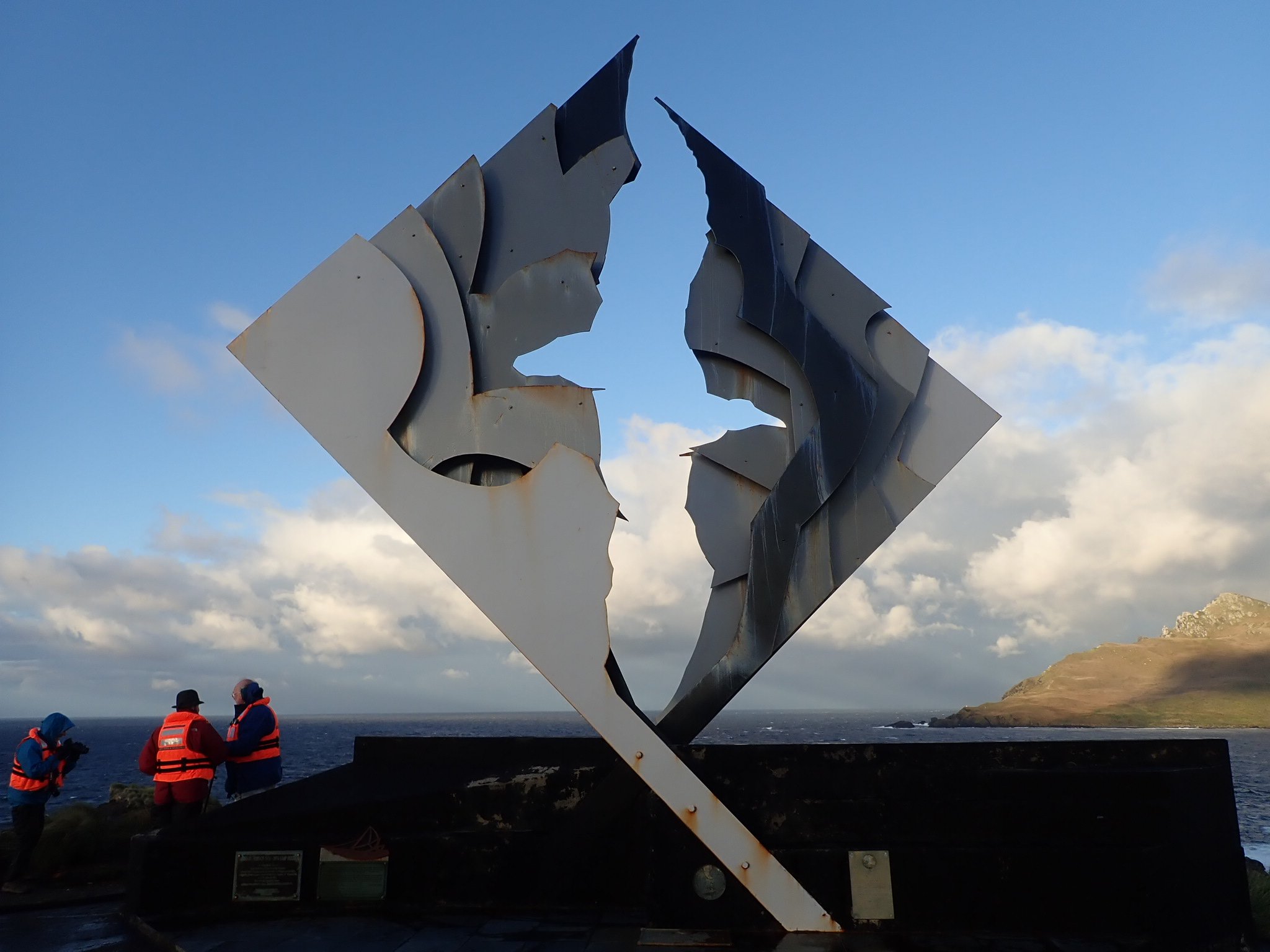 The only other things of note on the island, apart from a weather station and radio masts, are the lighthouse 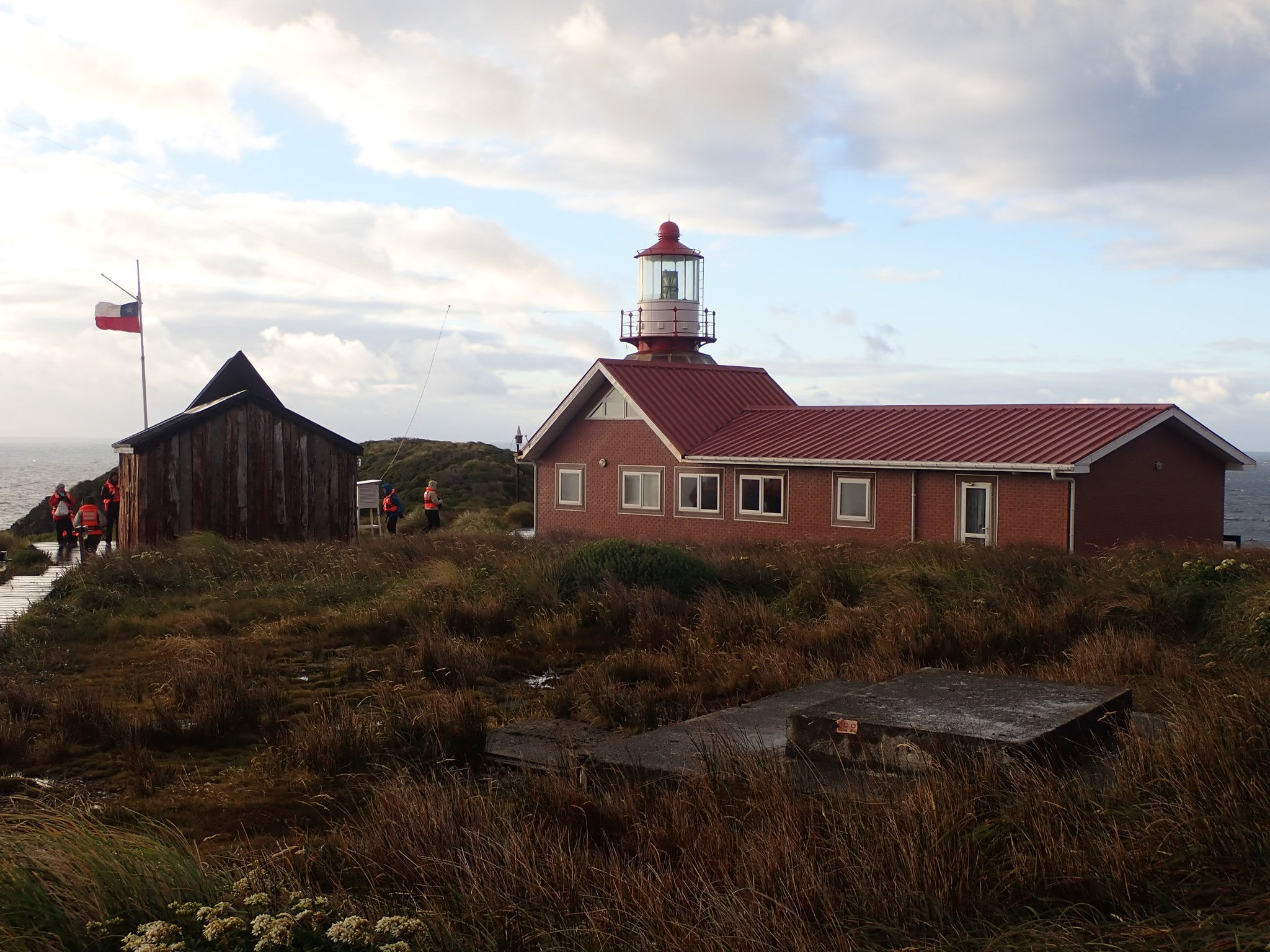 and a small chapel. 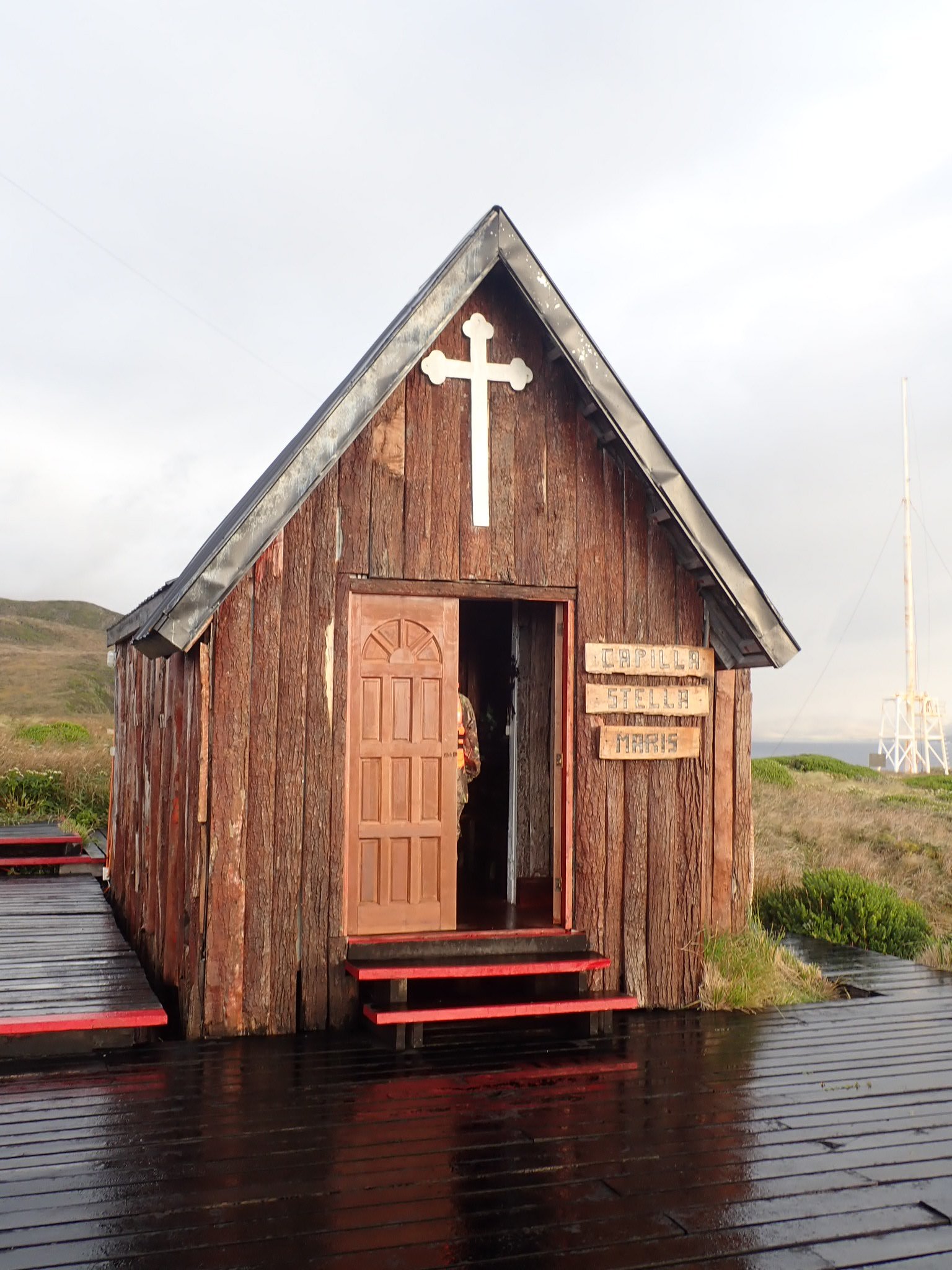 But at least the weather improved and we had some sunshine. And every so often the wind dropped a couple of notches to make it possible to take some photos.

The rain returned as we embarked to go back to the ship, but it couldn’t dampen our enjoyment of what was a very special part of our South American odyssey.