The day was spent parked at a couple of islets just off the island of Santiago (the island, not the Chilean capital city) – Sombrero Chino and Bartolome. The former has its name for a very good reason 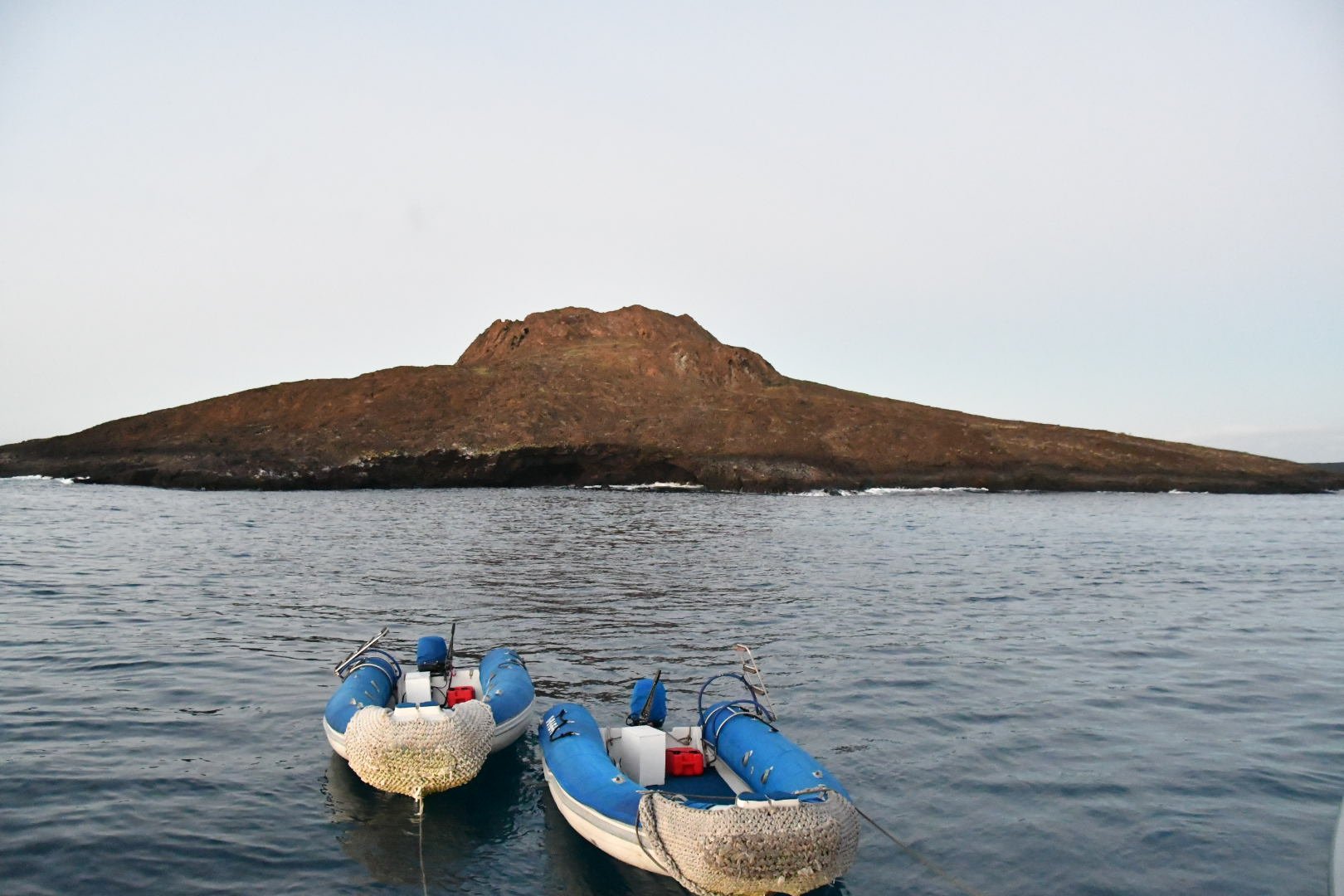 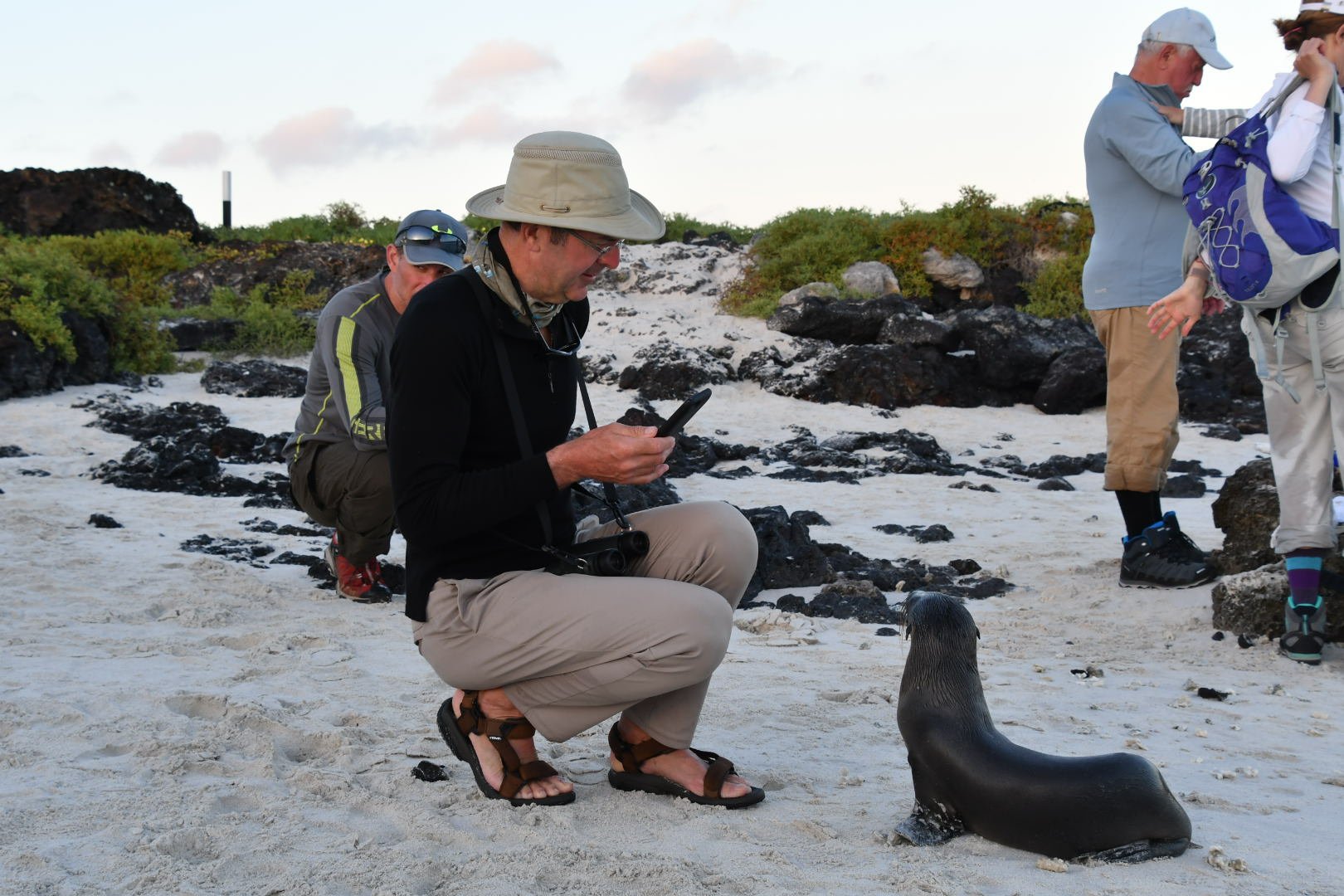 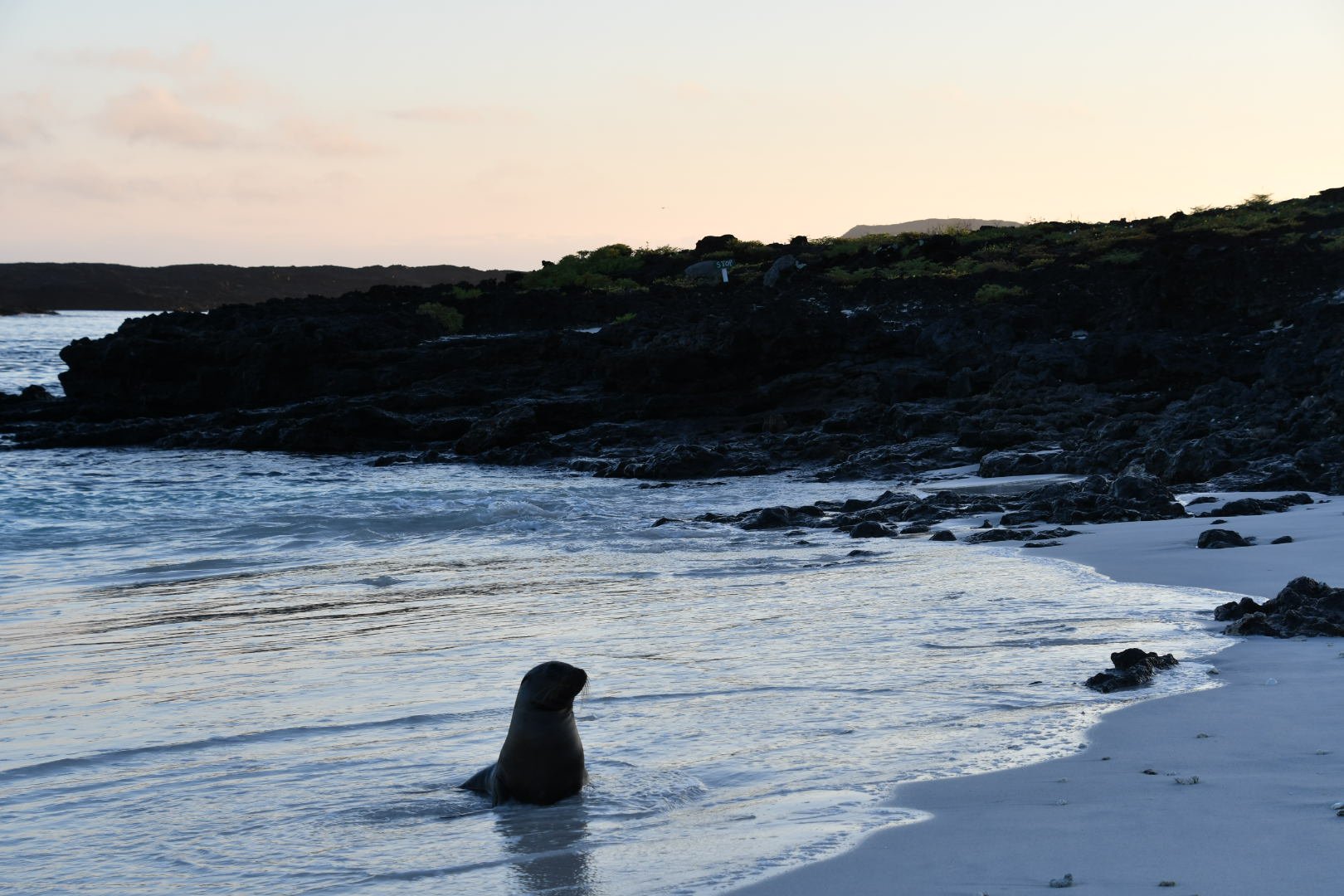 but in the event, the birds must have seen us coming, as there wasn’t a huge amount to see, beyond ancient cactuses on an adjoining island 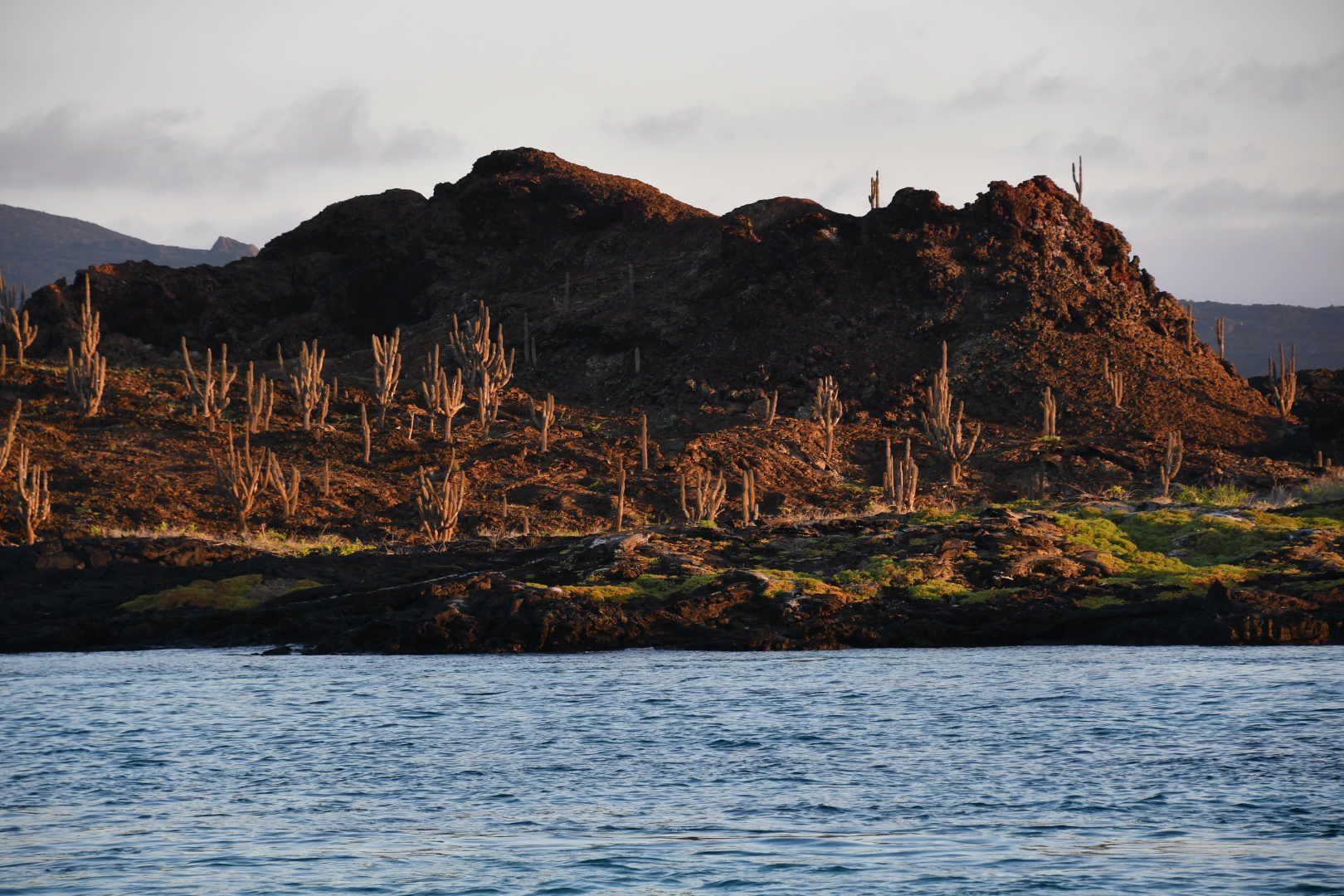 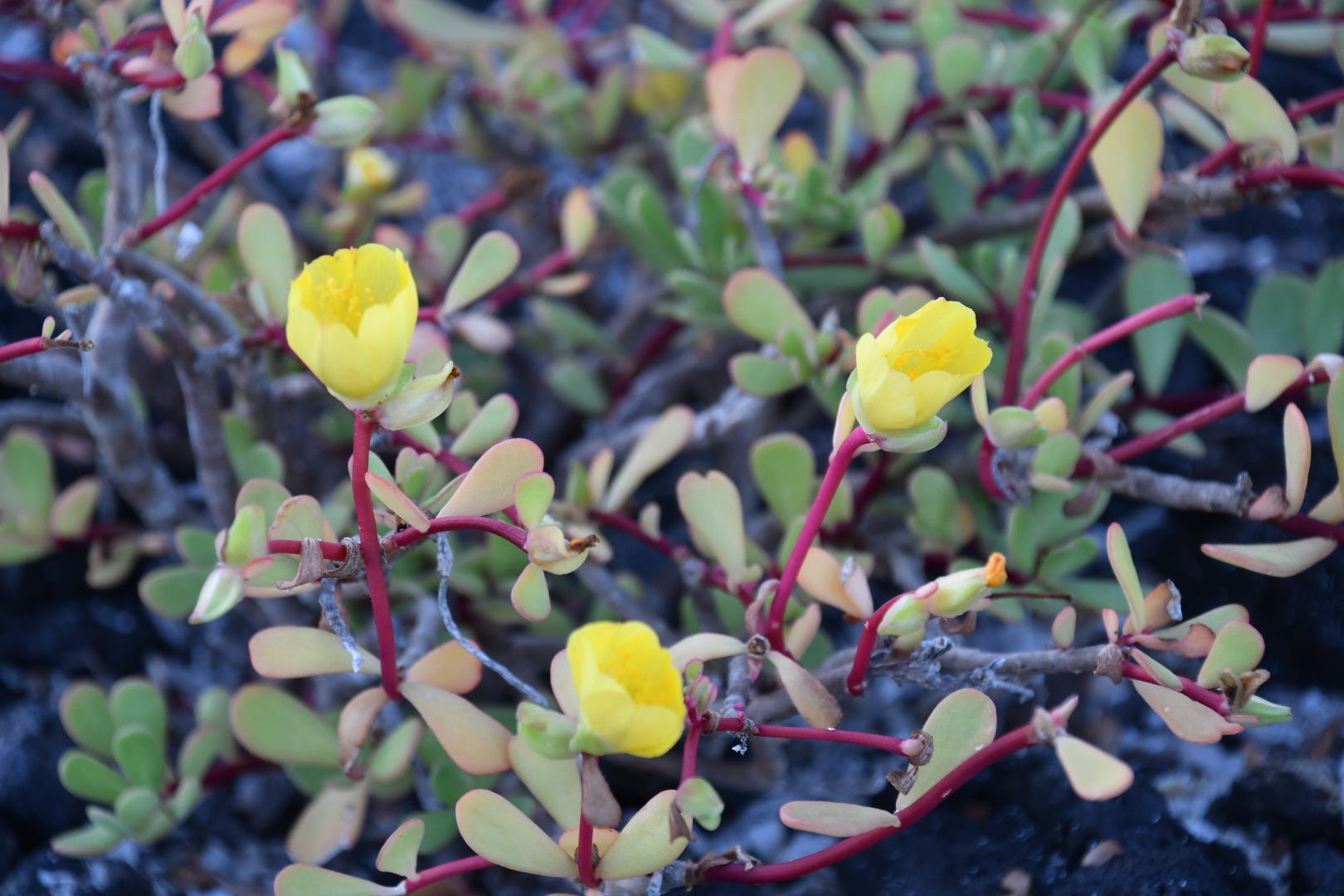 and a rather grumpy-looking marine iguana. 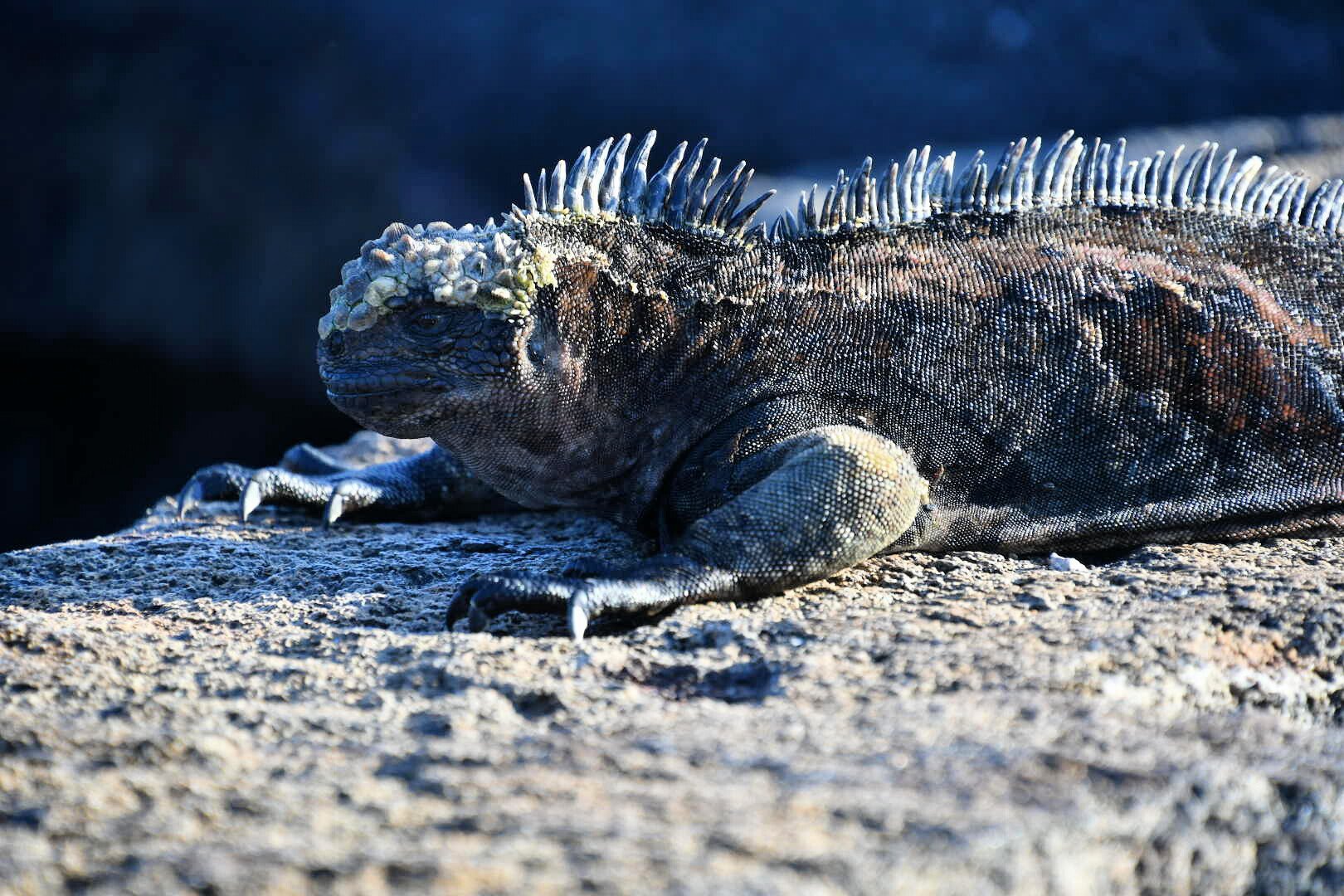 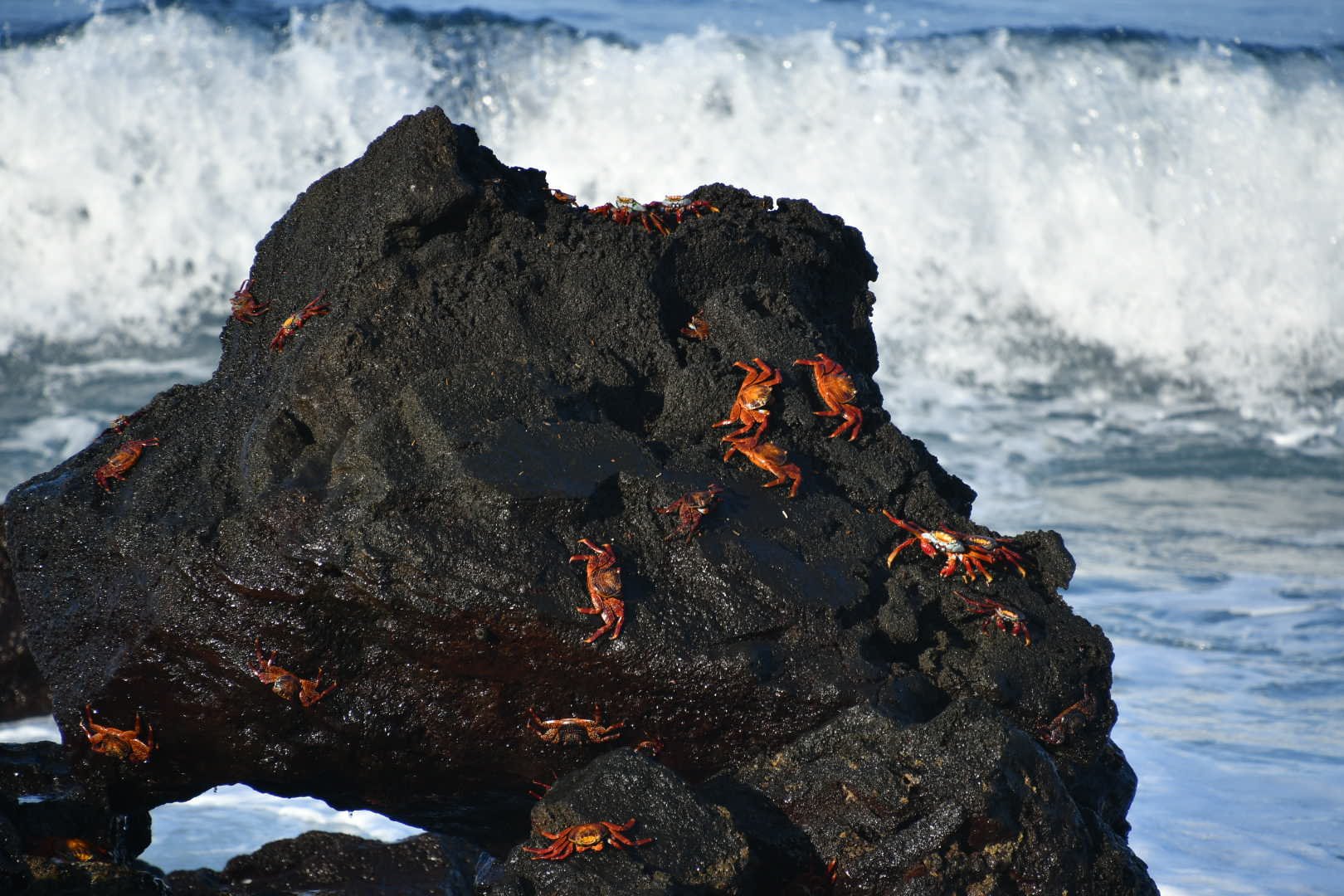 and an American Oyster Catcher 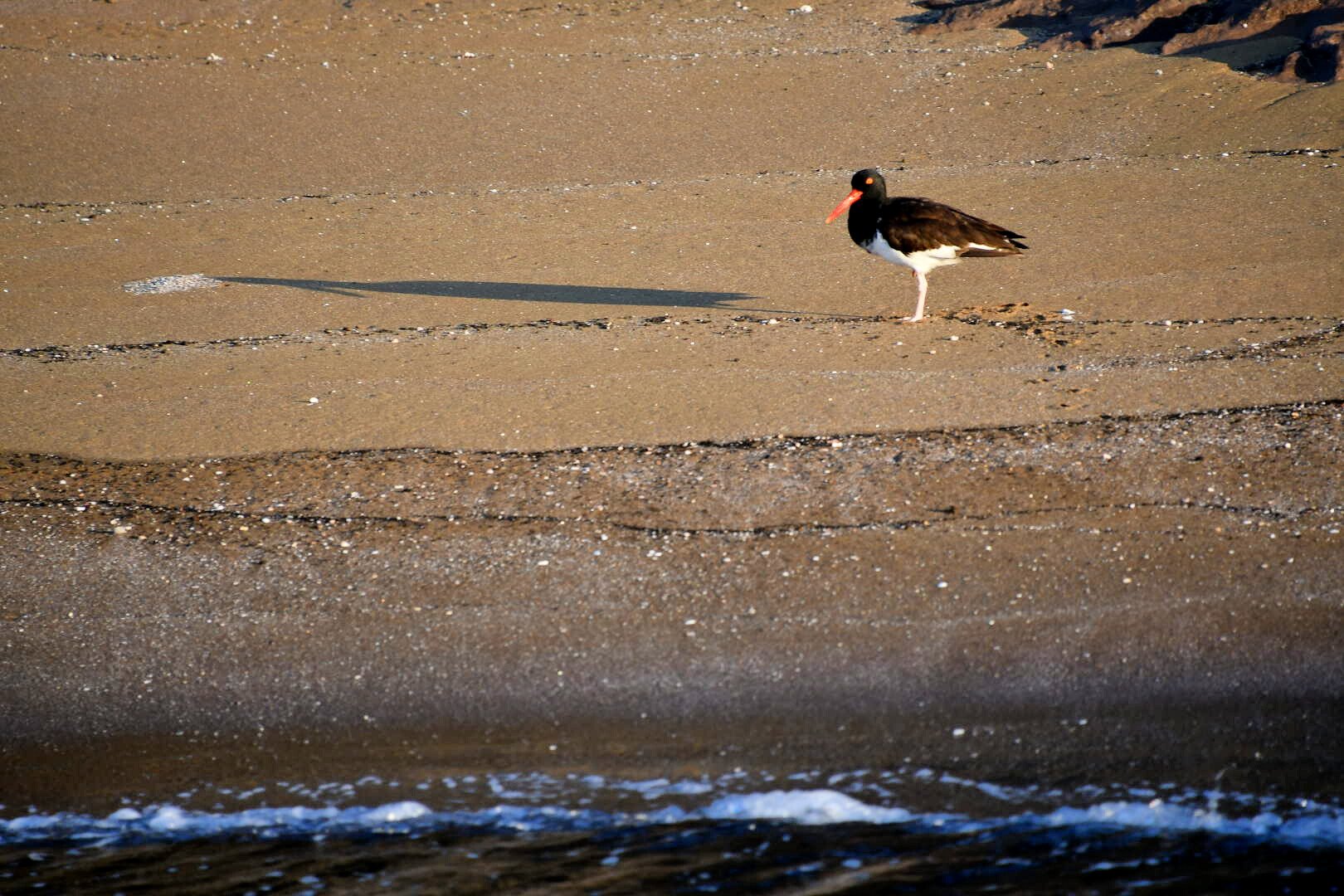 so I wasn’t quite sure it was worth the early start. However, the early start was necessary, as the day had a relentless flow of activities. Next up was a snorkelling expedition, which I approached with some trepidation, given the unsatisfactory attempts I’d had already. But I gave it a go and I was glad I did, as I was somewhat more successful with the underwater camera. I managed a photo of something that is recognisable as a shark! 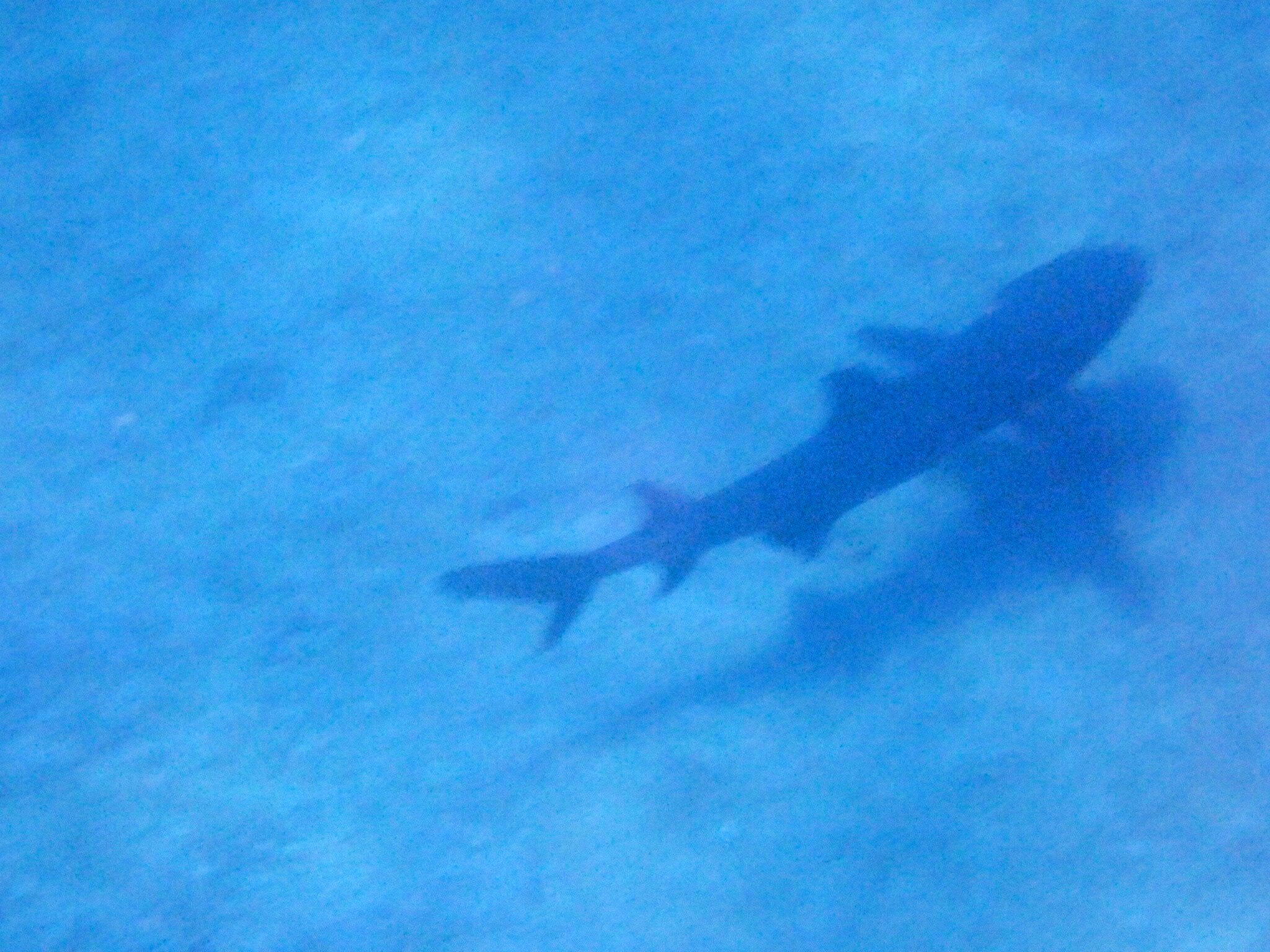 as well as some fish, like this King Angel fish 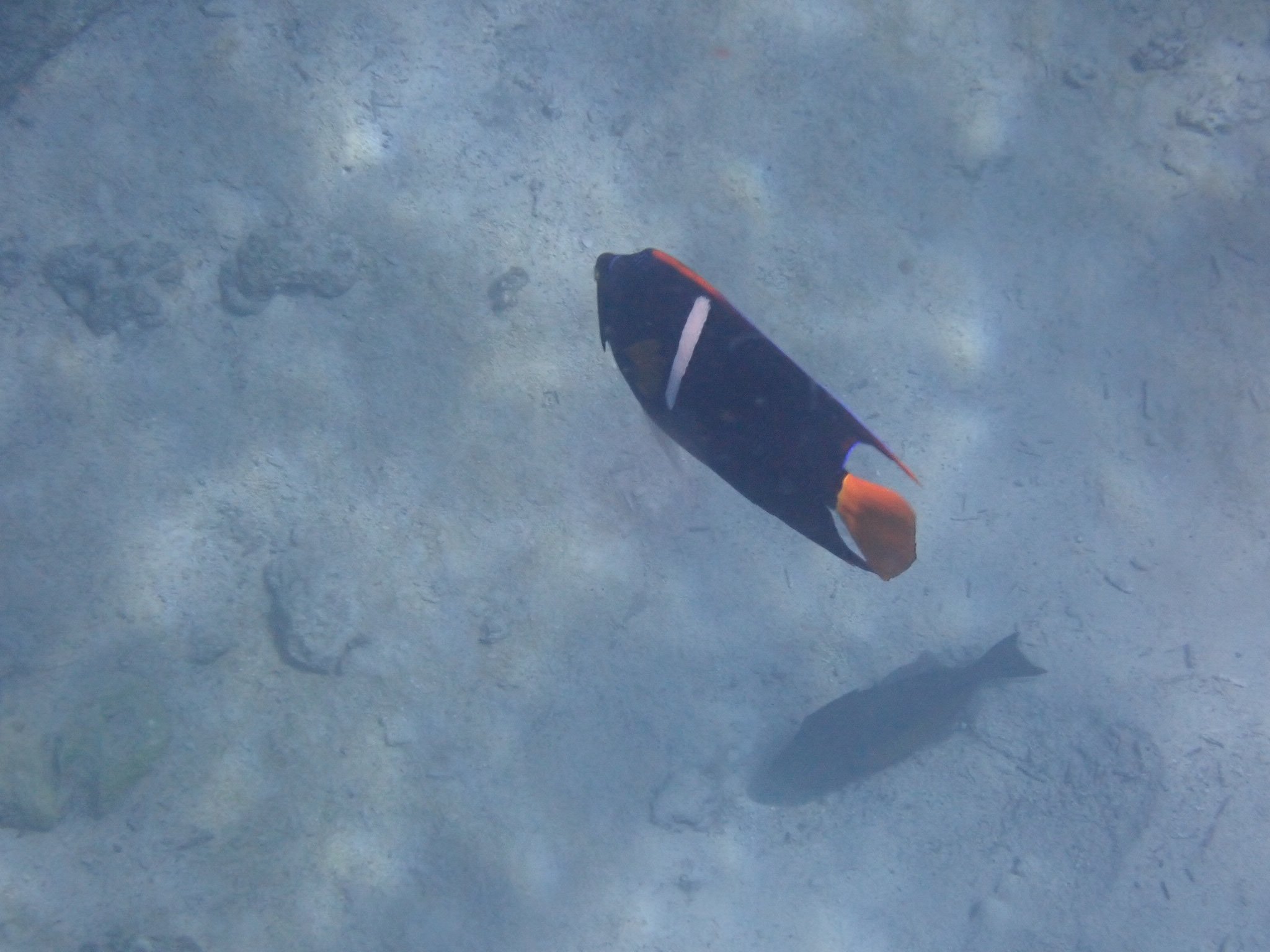 and some video footage of the shark, too.

Generally, the whole thing worked well for us both – I was able to gain some confidence in the process of getting into the water, and Jane’s prescription goggles worked a treat and she saw a whole load of interesting things.
There was more snorkelling in the afternoon, which I missed (these blogs don’t write themselves, y’know) and Jane reported that it was not quite as good as the morning’s session, but still good, which is good.

The final activity of the day was a walk up Bartolome, which is a very young island, just some 500,000 years old, formed from recent volcanic activity, which gives it a landscape reminiscent of Mars. 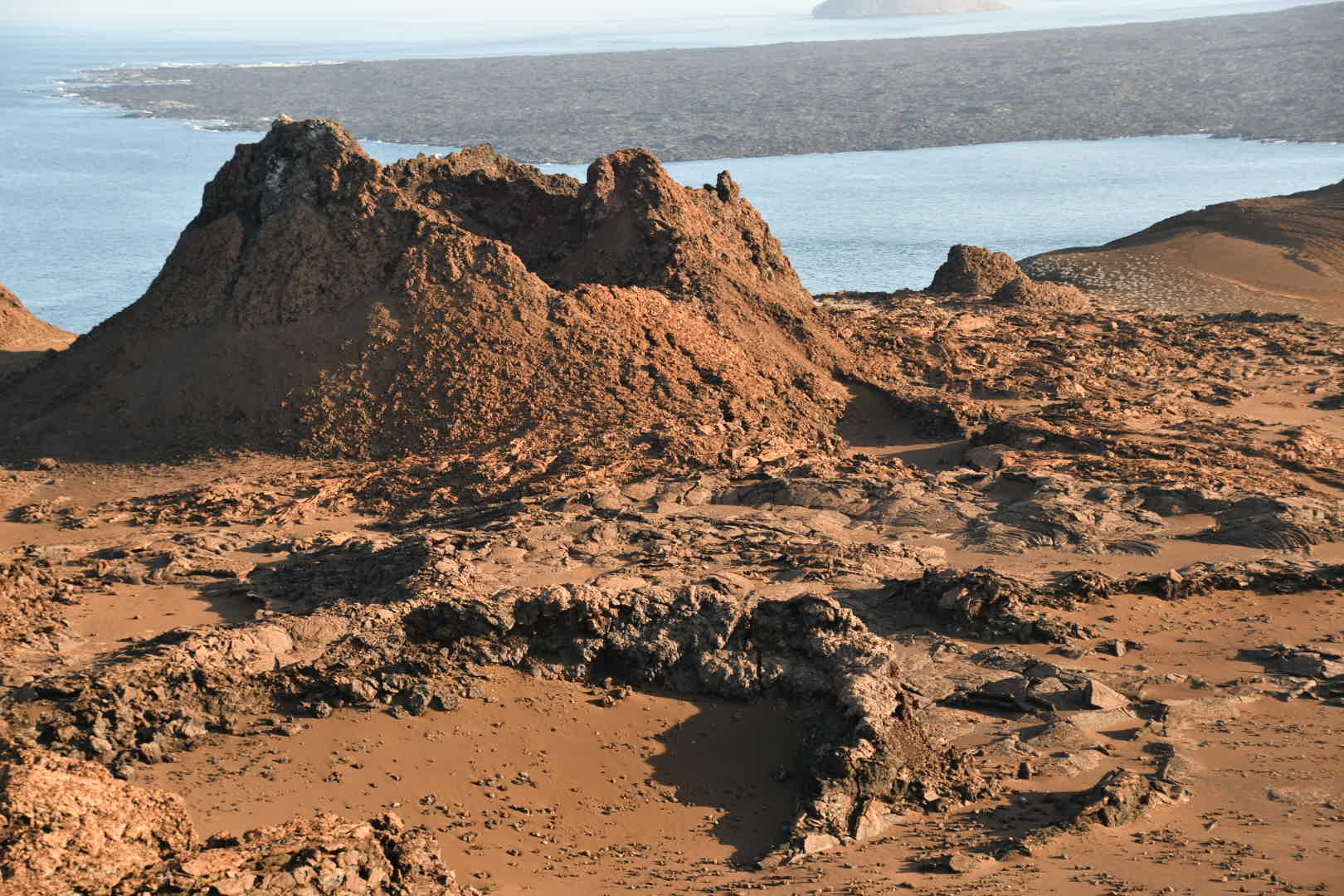 and plants just beginning to establish themselves. 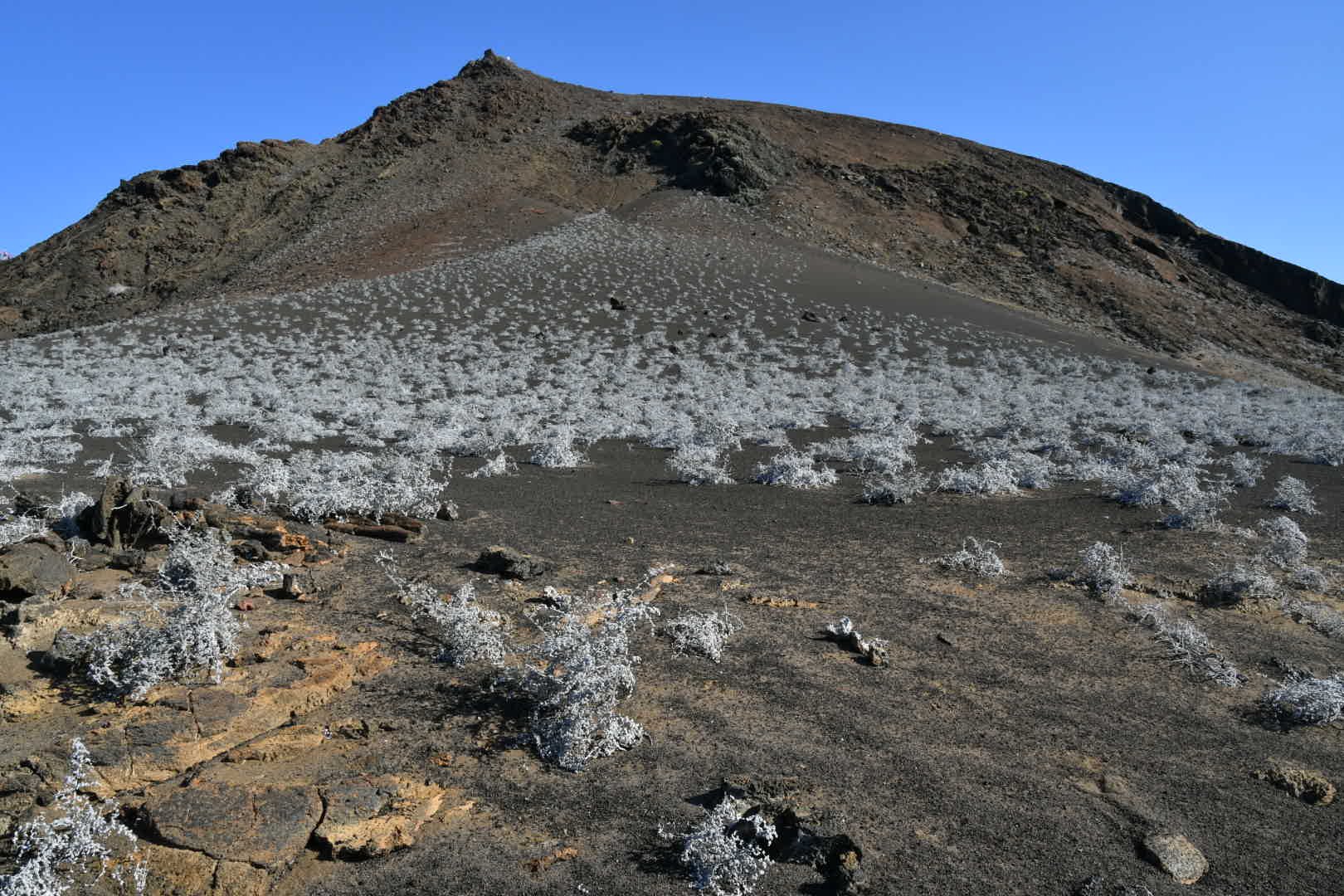 These are a white colour because they are covered in lichen, part of a defence mechanism against the harsh sun. Also note that they are spaced out as each plant establishes and defends its own territory in order to survive in these arid conditions – Bartolome, at around 100 metres, is not high enough to stimulate rainfall or condensation from the incoming, mainly south-easterly winds.

The island gives some pleasing opportunities for landscape photography. 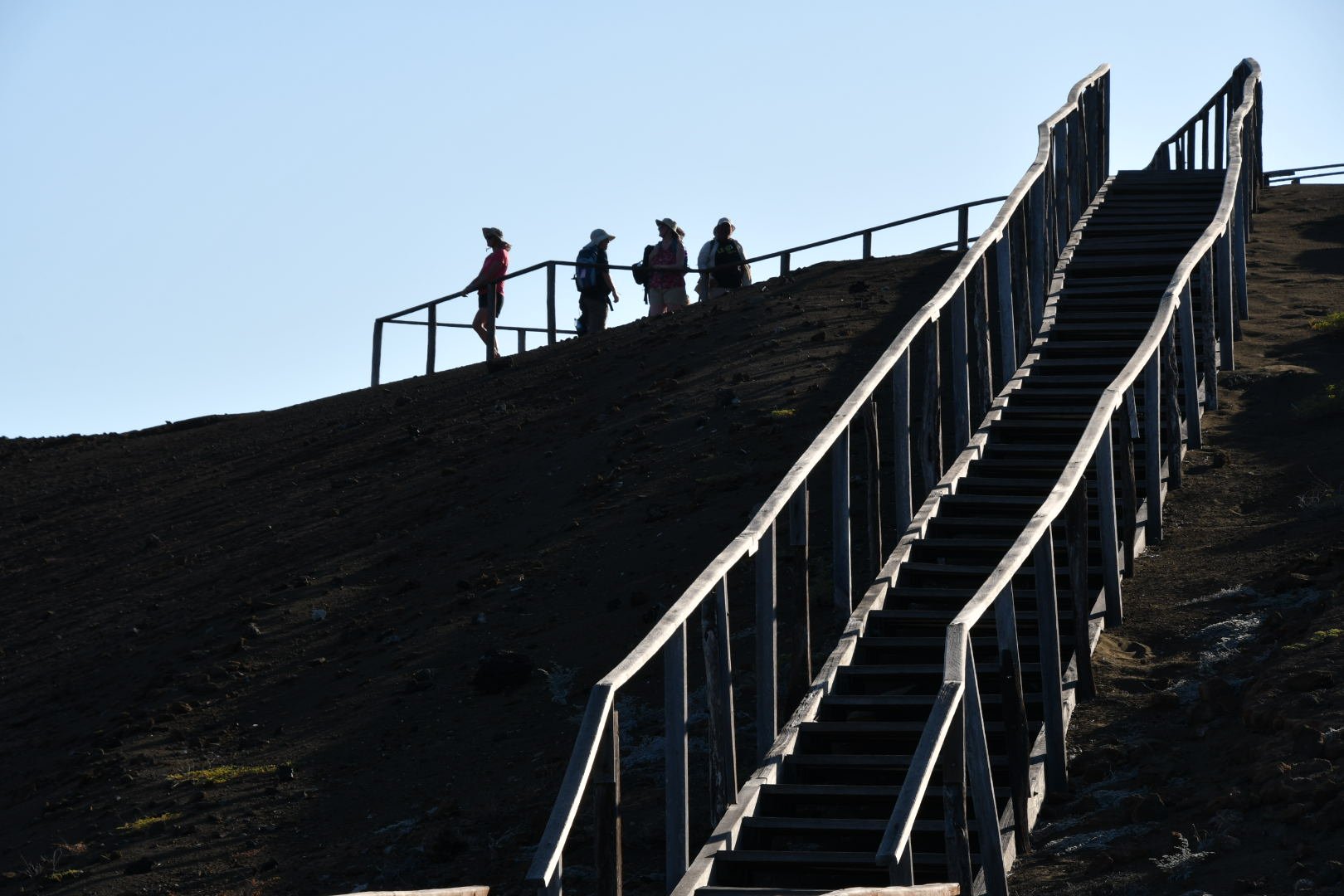 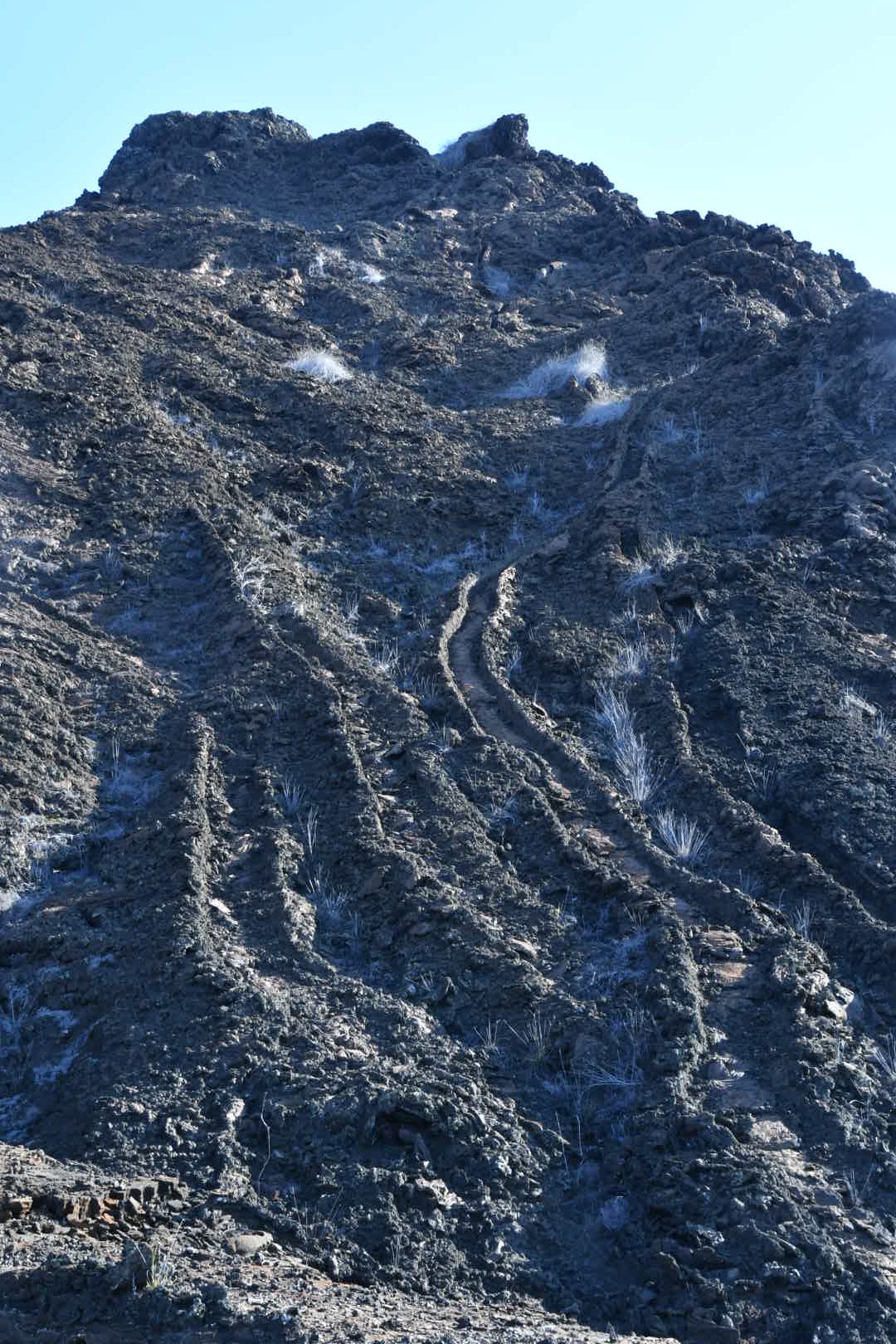 Some animals have arrived – snakes, grasshoppers, lizards – by a variety of routes – on the wind, over a land bridge that once existed, attached to birds. But the star of the show was a juvenile Galapagos Hawk, who was waiting for us at the top, and who obligingly posed for photos (it wasn’t difficult to get close to him) 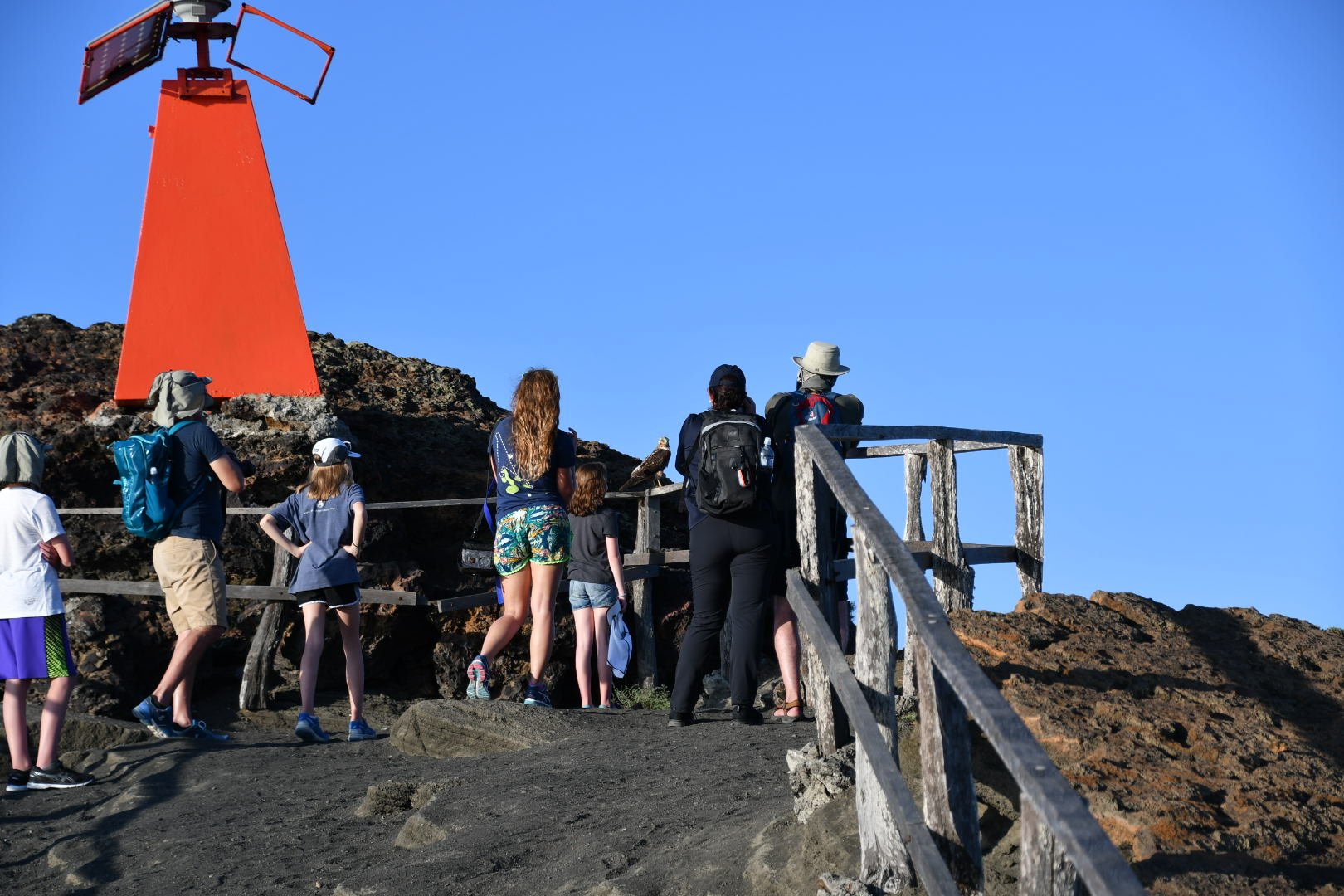 before he decided he’d had enough and took off. 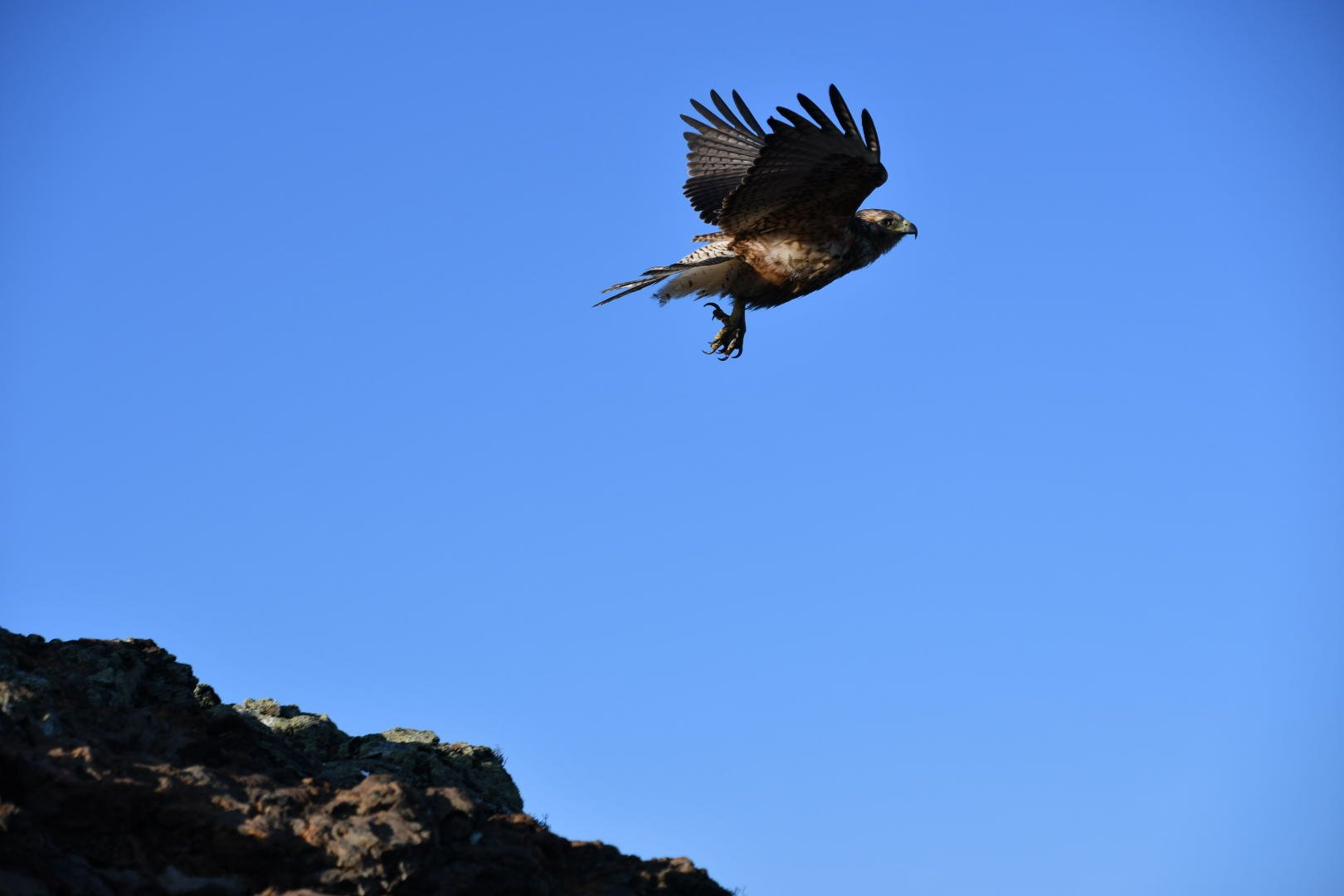 Seeng the hawk was a remarkable thing, as was receiving a text message from an ex-neighbour whilst at the top of this otherwise isolated and desolate place – an unusual confluence of nature and civilisation. Truly the Galapagos gives unique experiences.