If the title of this post rings a bell, then you’re getting on a bit, just like me.

The condor is the iconic bird of the Andes (anyone remember a superb set of programmes on the Beeb several decades ago entitled “Flight of the Condor” and describing the geography of the Andes? No? Ah, well. They were great). On several occasions we were privileged to catch sight of one or two of these huge birds soaring magnificently above. So, when we were offered the chance to do a half-day excursion including a short hike with a chance of getting a better view, we could scarce believe our luck.

So it was we set out from the Singular Hotel in Puerto Natales, heading for Sofia Lake, about half an hour’s drive away. The driver pulled off the road on to a patch of grass at the start of the hike, and it was at that point that our guide, a really nice chap called Nicolas, explained that although the hike was just 420 metres, that was the vertical ascent we would have to climb, pointing as he did so at a couple of solitary trees at the top of a cliff: 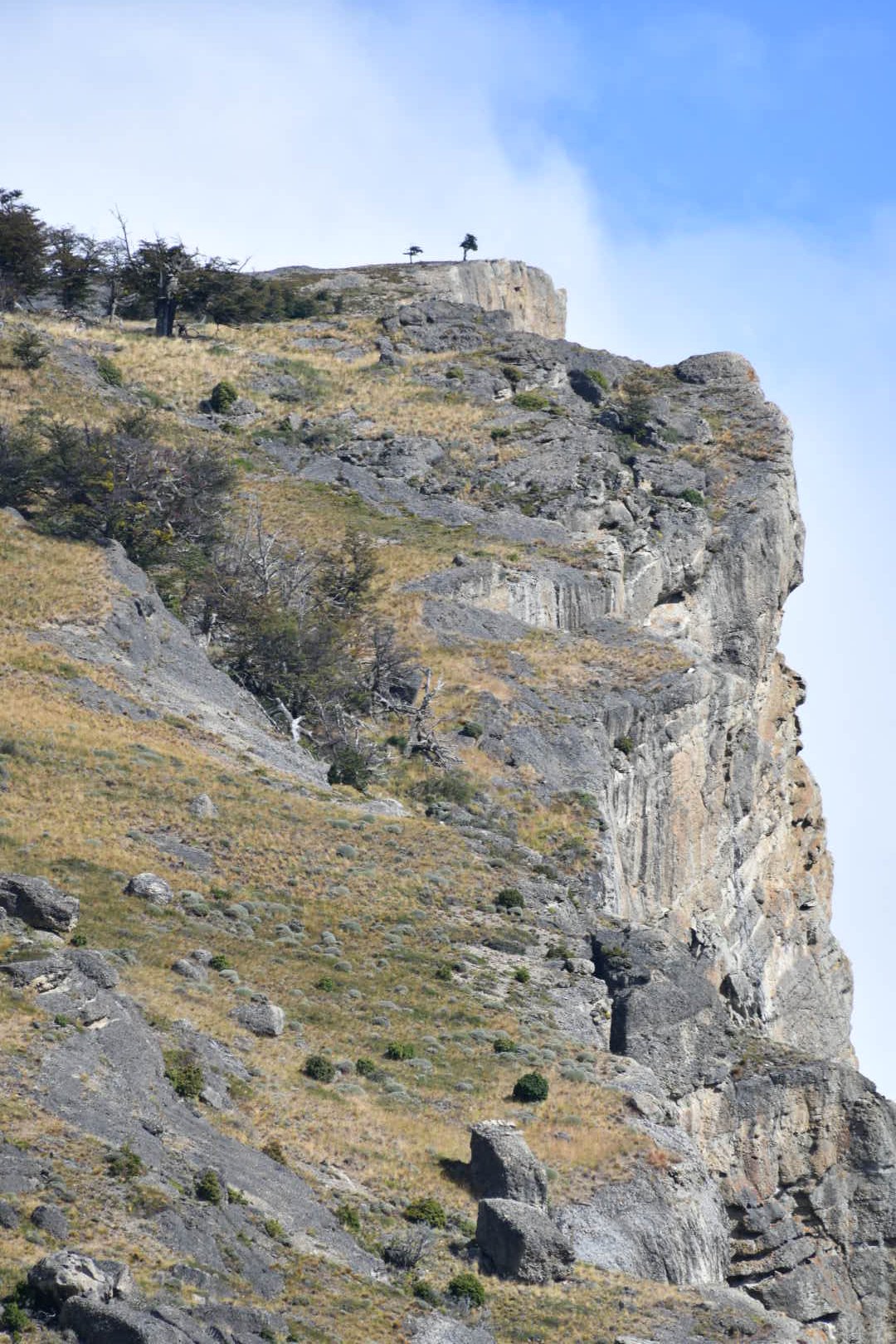 It would be fair comment to say that my heart sank at this point, since I hadn’t climbed more than a flight of stairs for quite a while. So I accepted the offer of a loaned pair of walking poles with as much good grace as I could muster, and off we went.

Nicolas was very good and genuinely seemed to enjoy answering questions about the local flora and fauna. Jane told me later that her (very intelligent) questions may have sounded like a thirst for information, but were actually a tactic to give me a bit of a rest. So we learned a lot, particularly about plants and allied life forms on the way up. For example, some of the (mainly lenga, or beech) trees had a fungus growing on them which Nicolas called “Indian Bread” – edible but unrewarding without lots of seasoning, apparently. 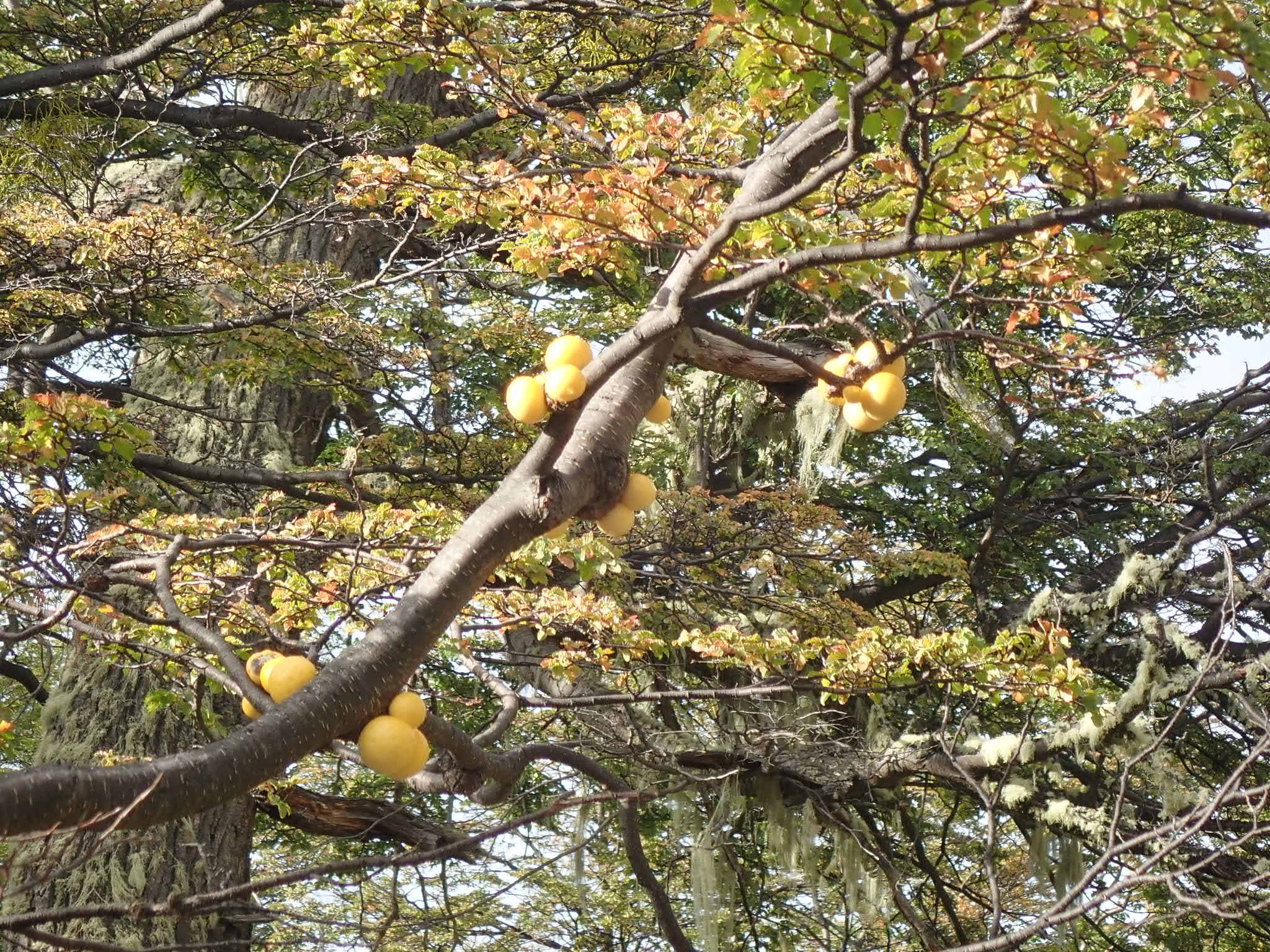 It was also a good demonstration of the cleanliness of the air that there was lichen everywhere – old man’s beard and Spanish moss bedecked plants and trees all along our route (well, until we cleared the tree line, anyway): 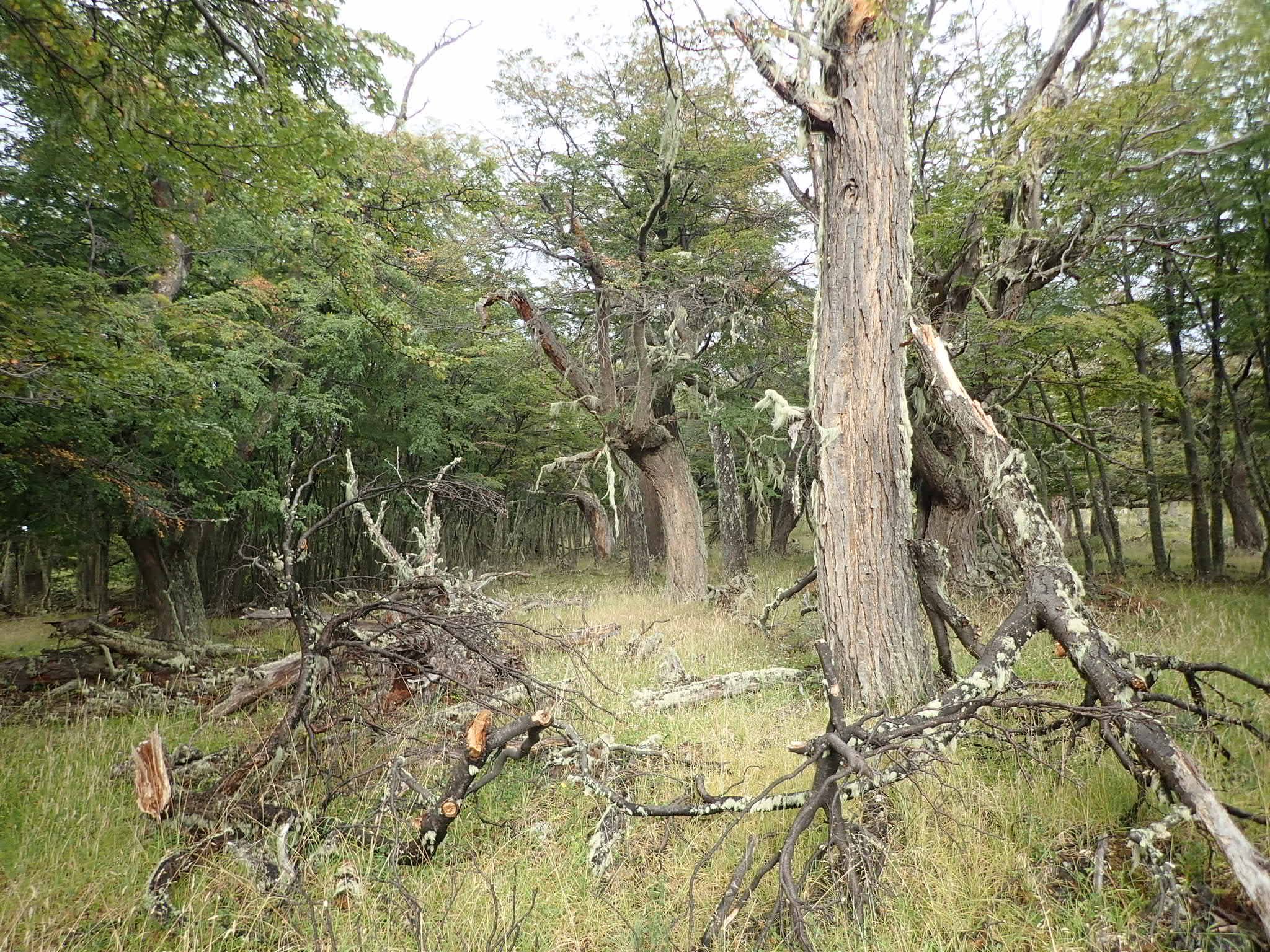 And my legs and lungs were granted the occasional breather by the odd occasional photo opportunity as some great views crept into, well, view: 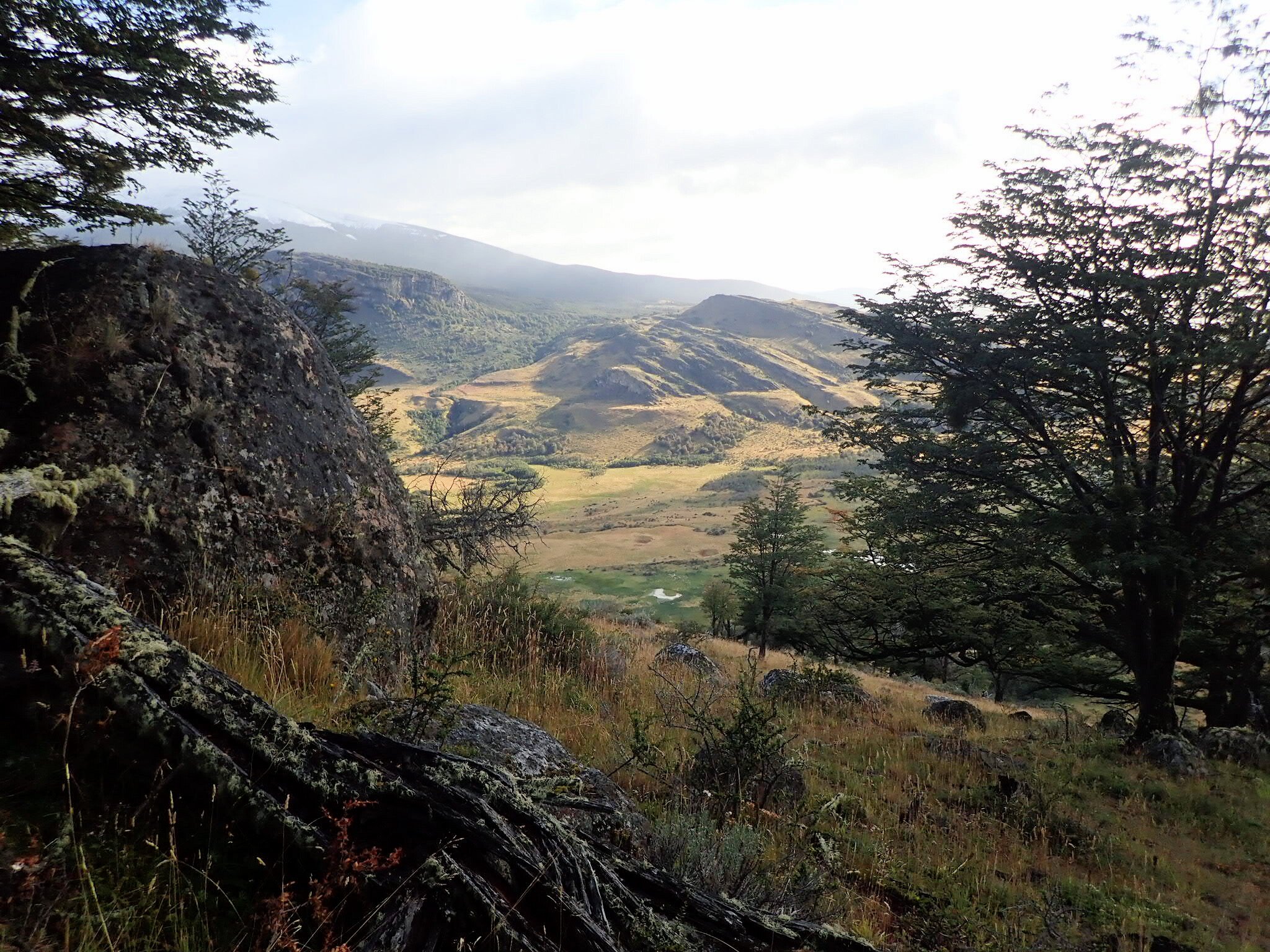 To cut a long and pantful story short, we eventually made it to the top. And immediately reaped the rewards, as the views were fantastic. 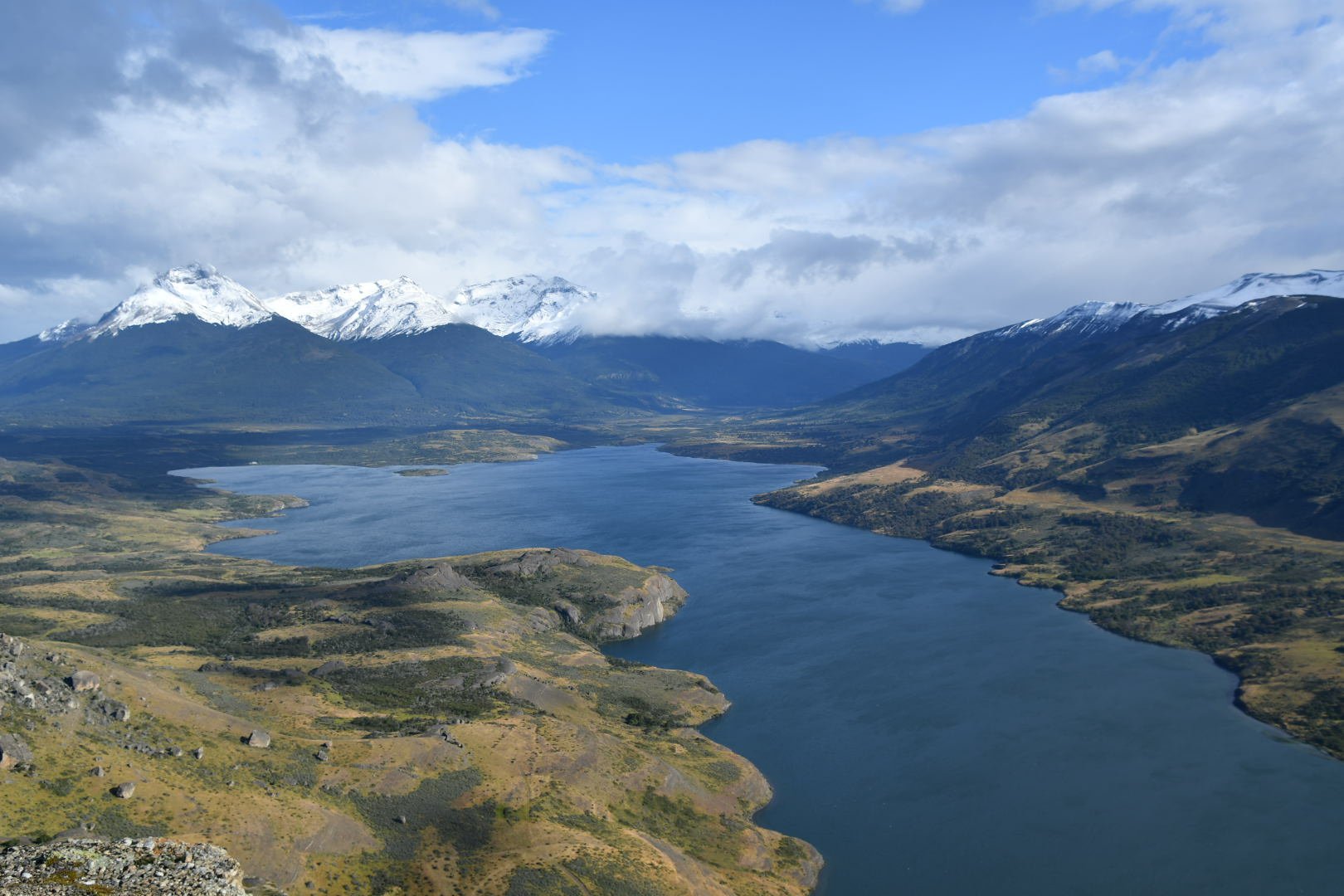 (Standing by one of those two solitary trees, it was just possible to make out the white speck of the minibus which brought us.) 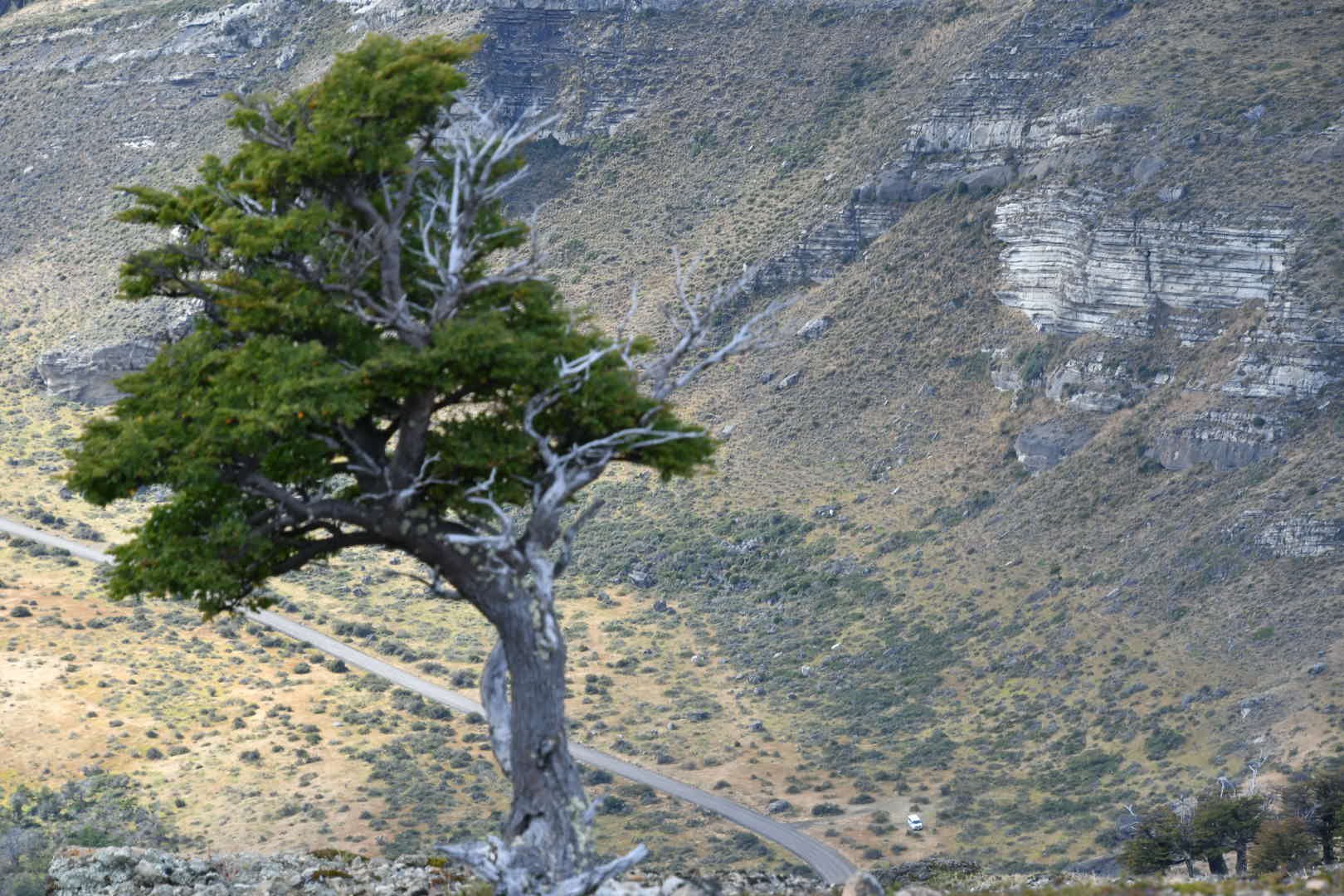 But, even better, before too long a couple of condors and a juvenile came to check us out, and so we got a chance to see them flying at quite close quarters. 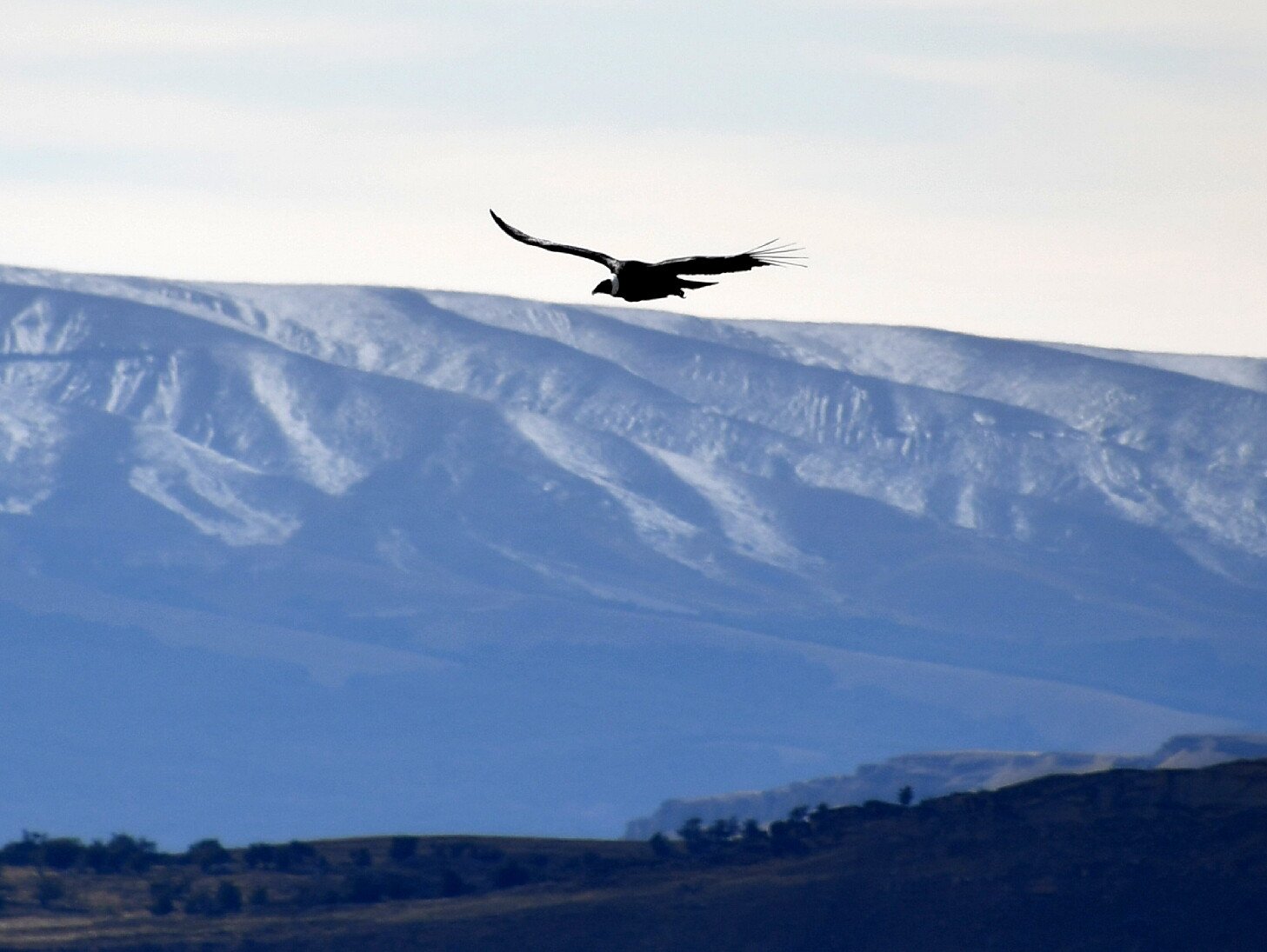 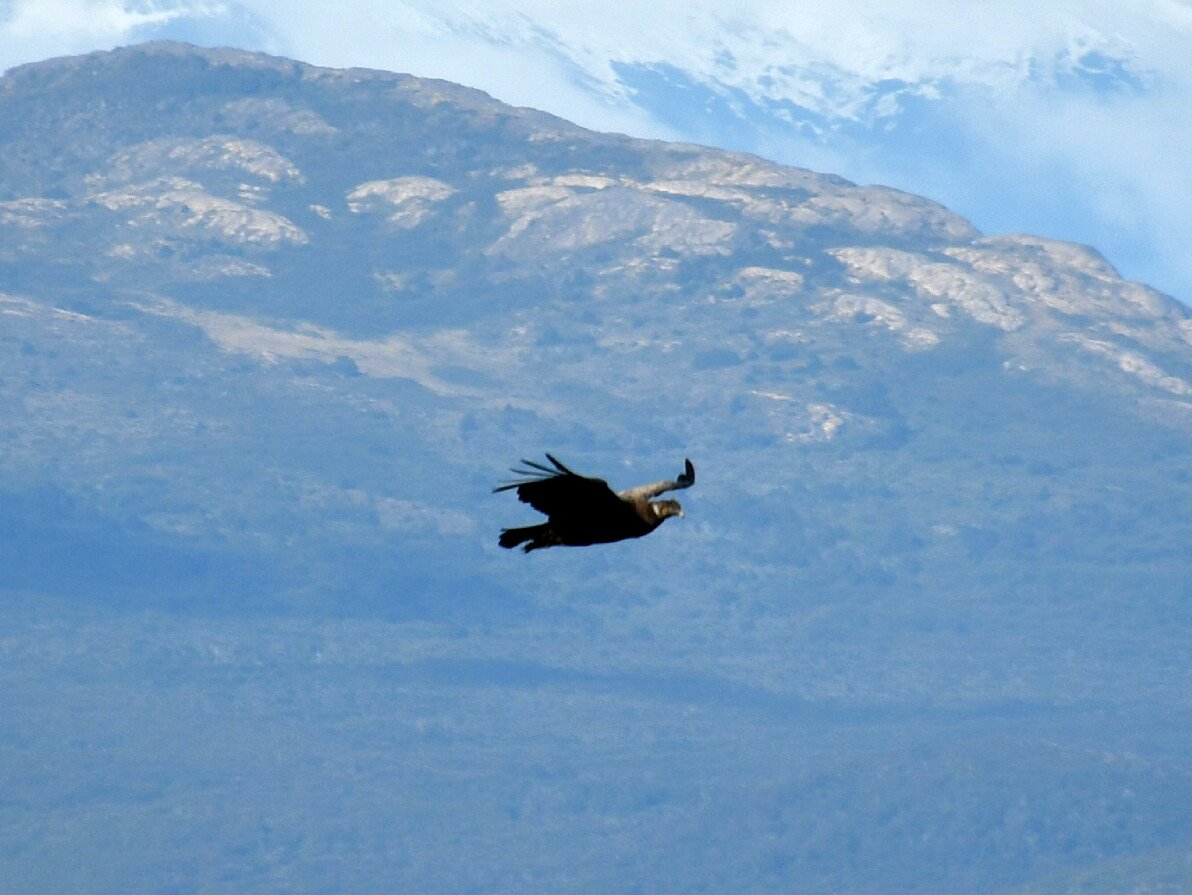 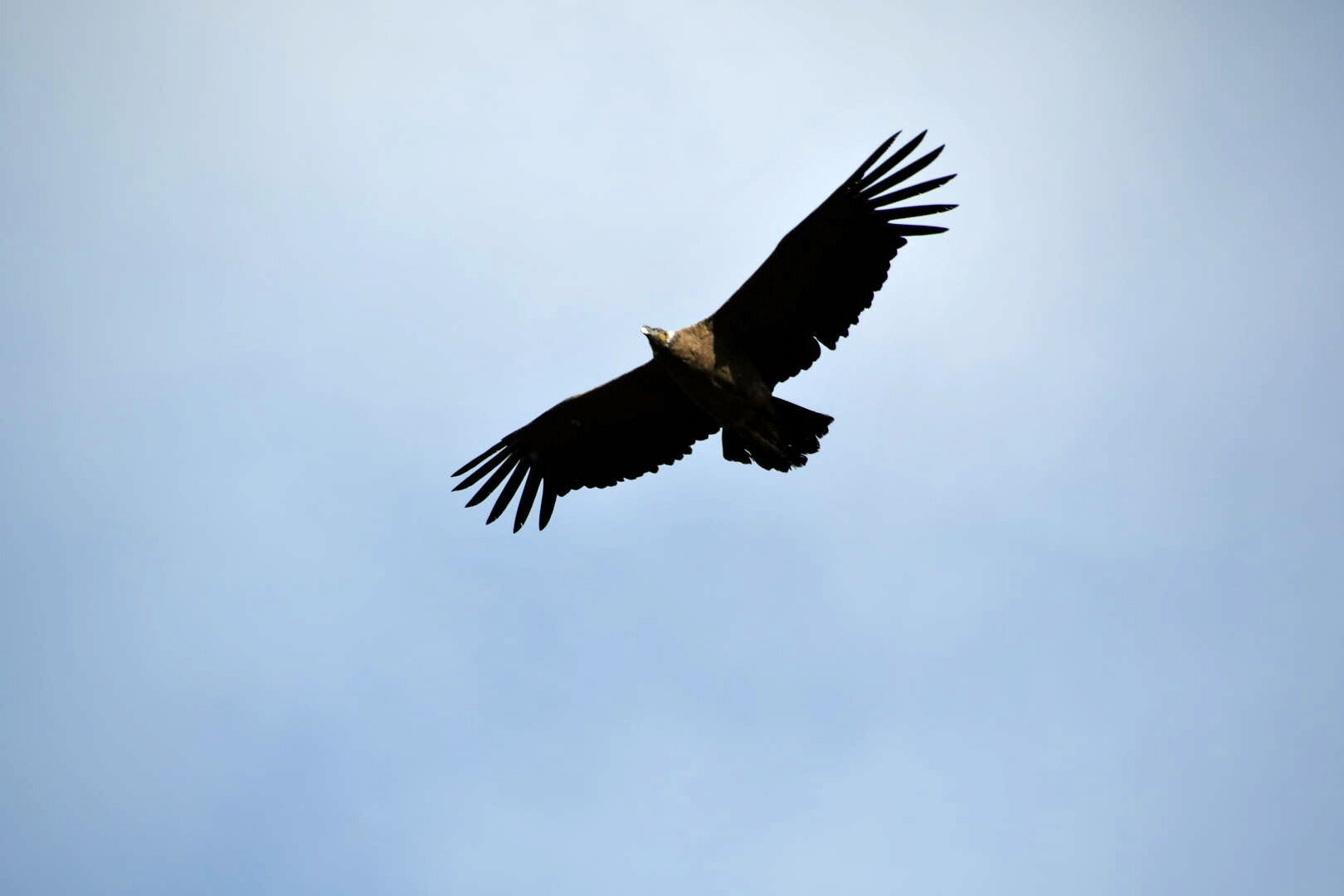 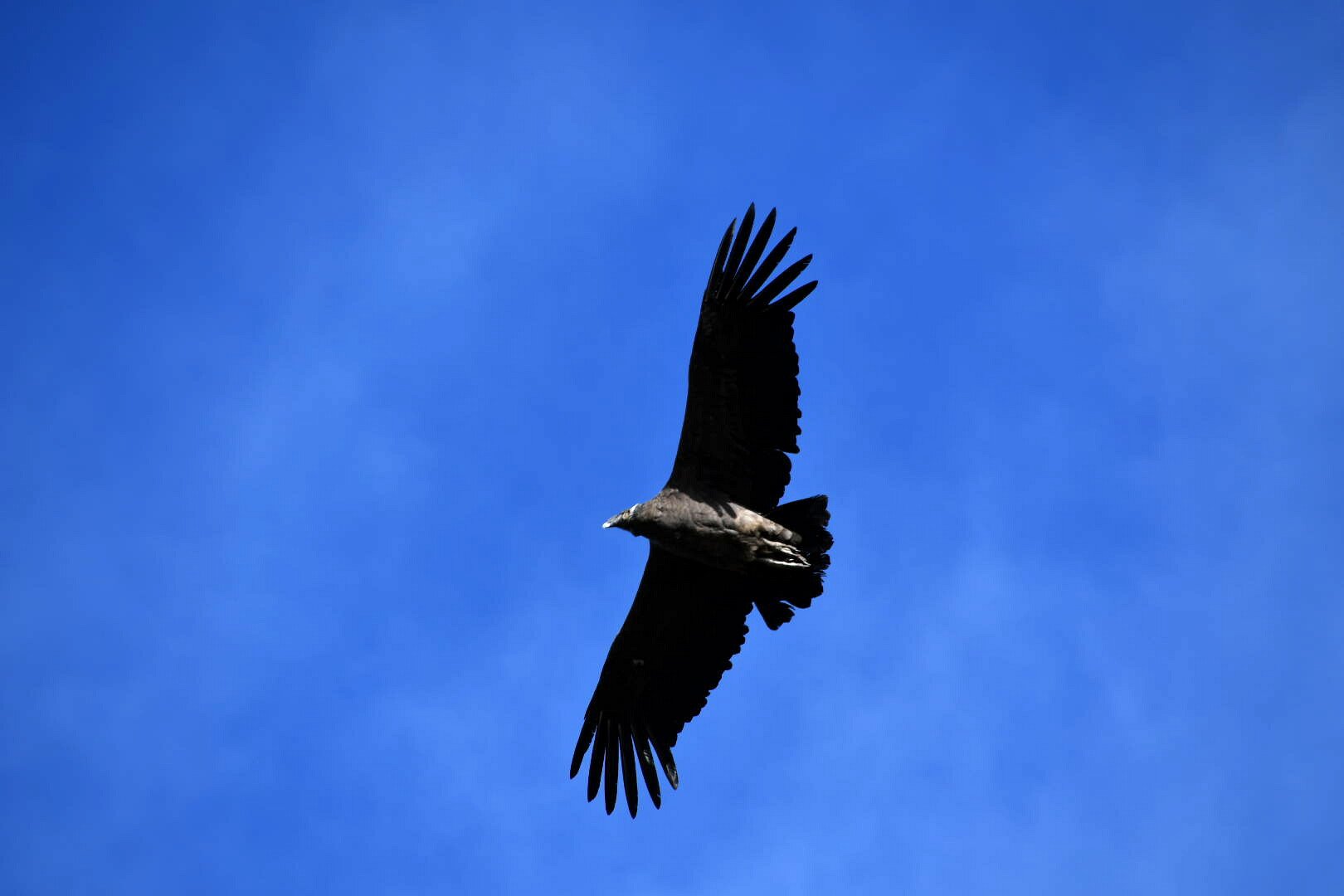 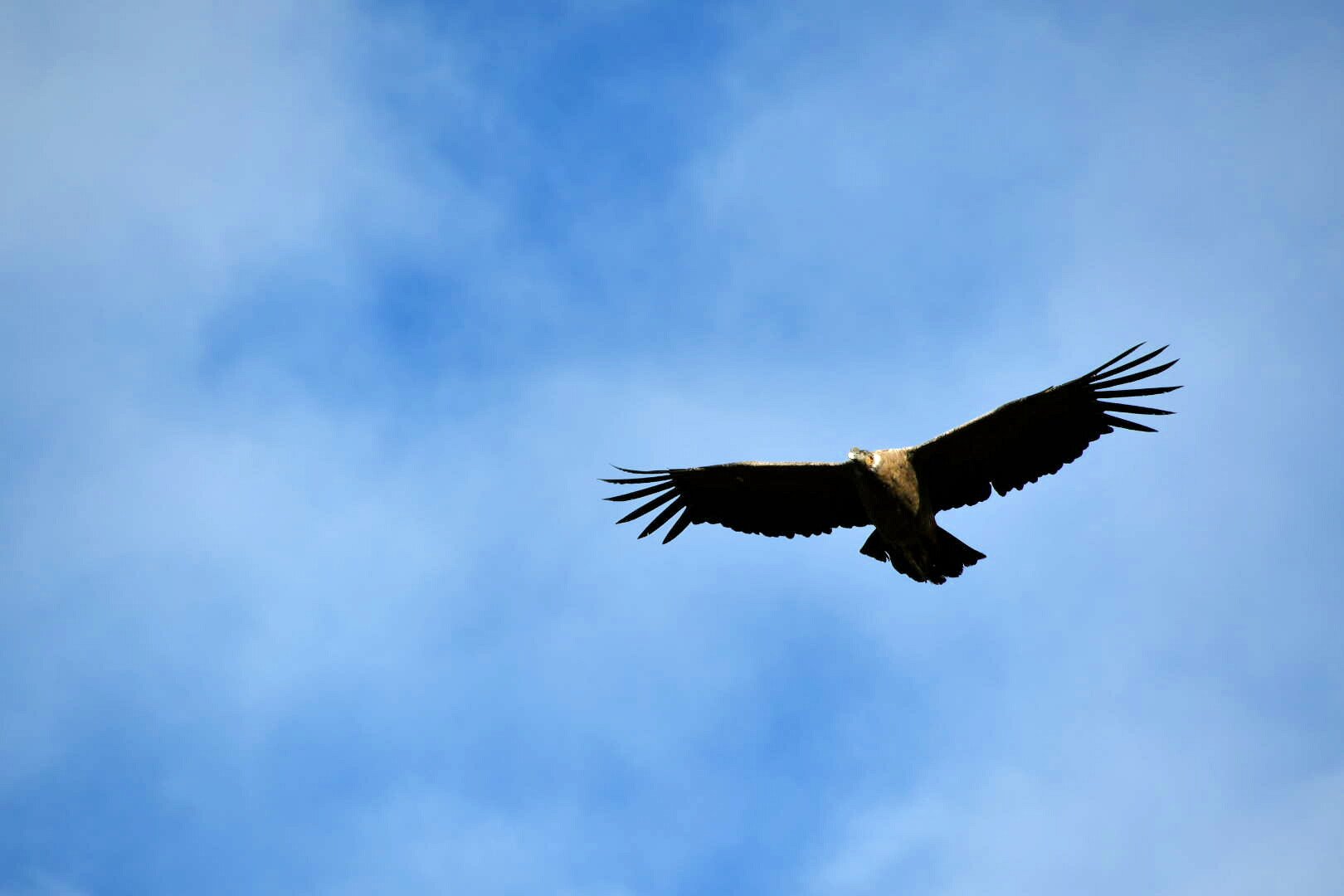 Surprisingly, young condors take a long time to learn to fly – around a year – as they are very heavy (a full-grown condor can weigh in at 14kg, and has a wingspan of nearly 4m, which makes me glad to know that they very, very rarely bother to pay attention to living creatures, but, unless food is exceedingly scarce, are strictly carrion eaters).

It was a real pleasure to see these iconic creatures a little closer to so that we could appreciate their mastery of the air!