After the toil of a day’s hiking up to Machu Picchu, the hotel we stayed at in the village (also called Aguas Calientes), the Inkaterra Machu Picchu Pueblo Hotel, was blessed relief for sore feet, aching limbs and a brain filled to bursting with images of the site. It lies in its own very substantial gounds at the eastern end of the village, and is very much a US-style resort hotel, styling itself a “Luxury Ecotourism Andean Village”. Luxury it certainly offers, as well as a spa, an orchid garden and landscaped surroundings – trees, pools, bushes, plants, paths.

The surroundings attract quite a lot of bird life and the hotel capitalises on it with bird-watching tours of the site. I’m grateful to the management for this; while I didn’t go on one of these, I talked to a guest who had just been with a guide who’d pointed out a very colourful specimen, lurking up in a tree. 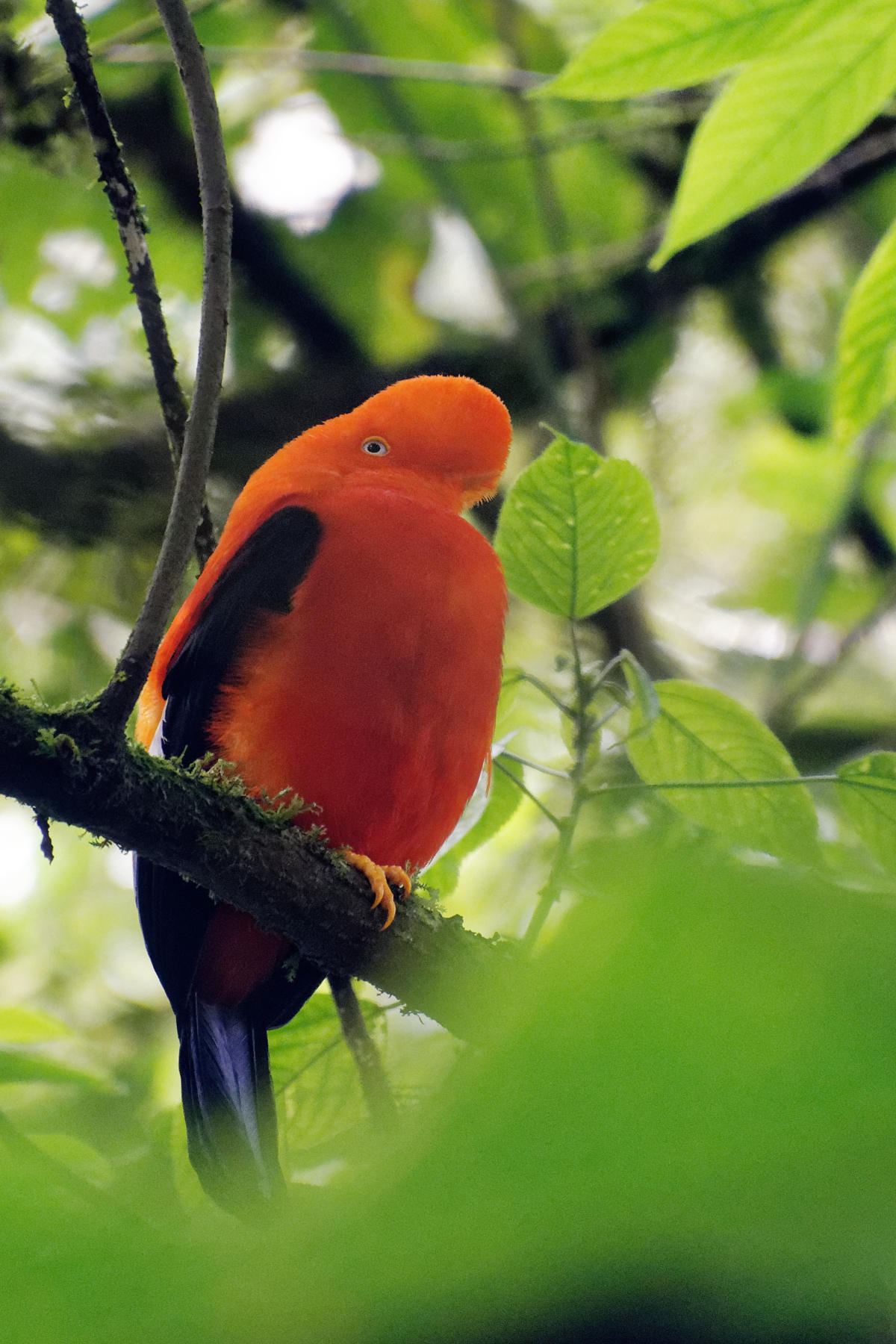 This is an Andean cock-of-the-rock (male, of course, with the need to show off to attract a female), also called a tunki, and I was pleased to be able get the photo, as opportunities to see these are reportedly few and far between. Most websites tell that it is the national bird of Peru, but I was told that this is now suspect, as some were also discovered in Brazil.

[Disclaimer: the bird names I use in the following are guesswork and could well be completely wrong. Corrections welcomed via comments.]

The hotel puts out tempting offers for birds in various places around the site. So, near some bananas I saw this colourful chap, which I think is a Blue-Grey Tanager: 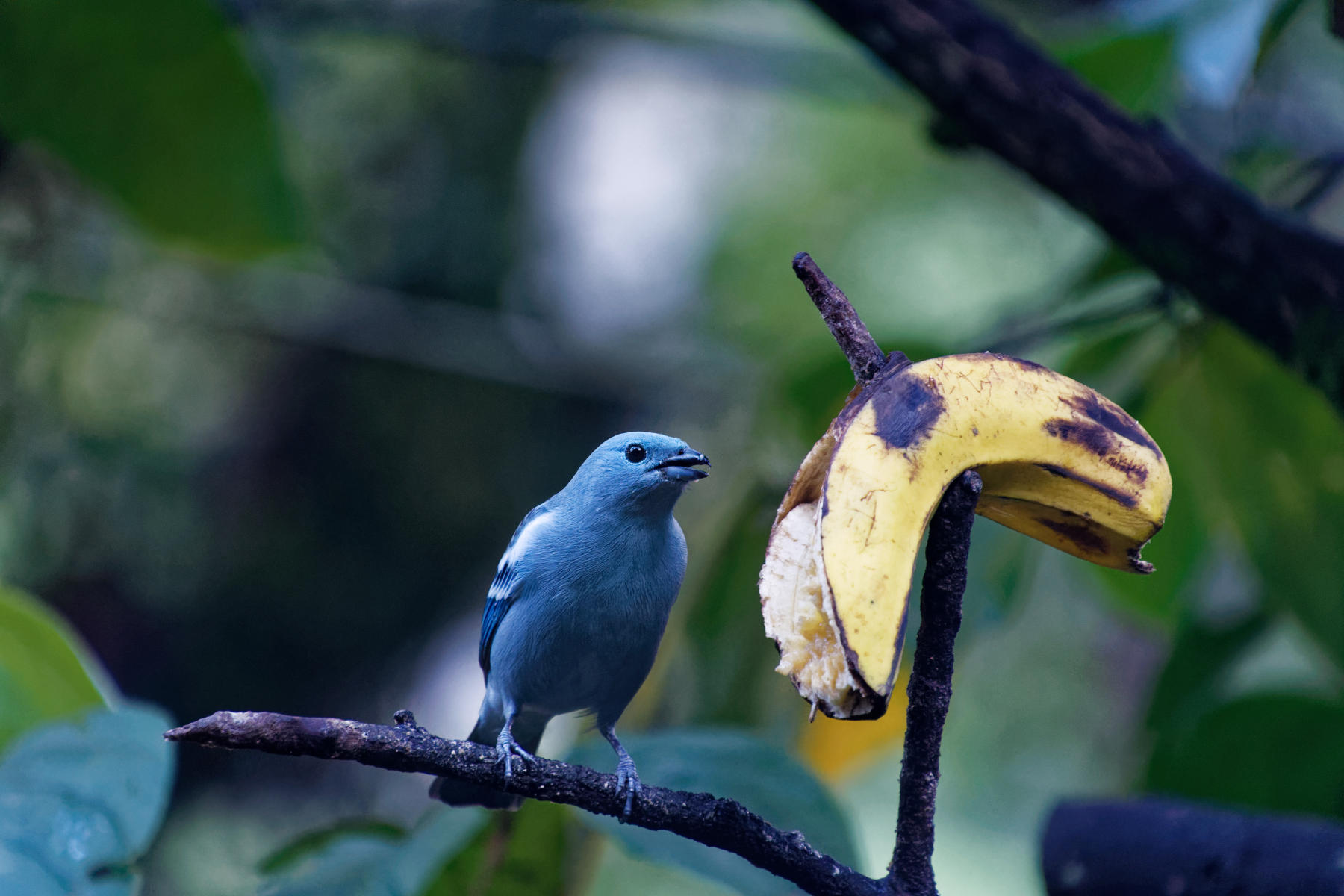 Lurking near by was another colourful little bird, which could well be a female Hepatic Tanager. 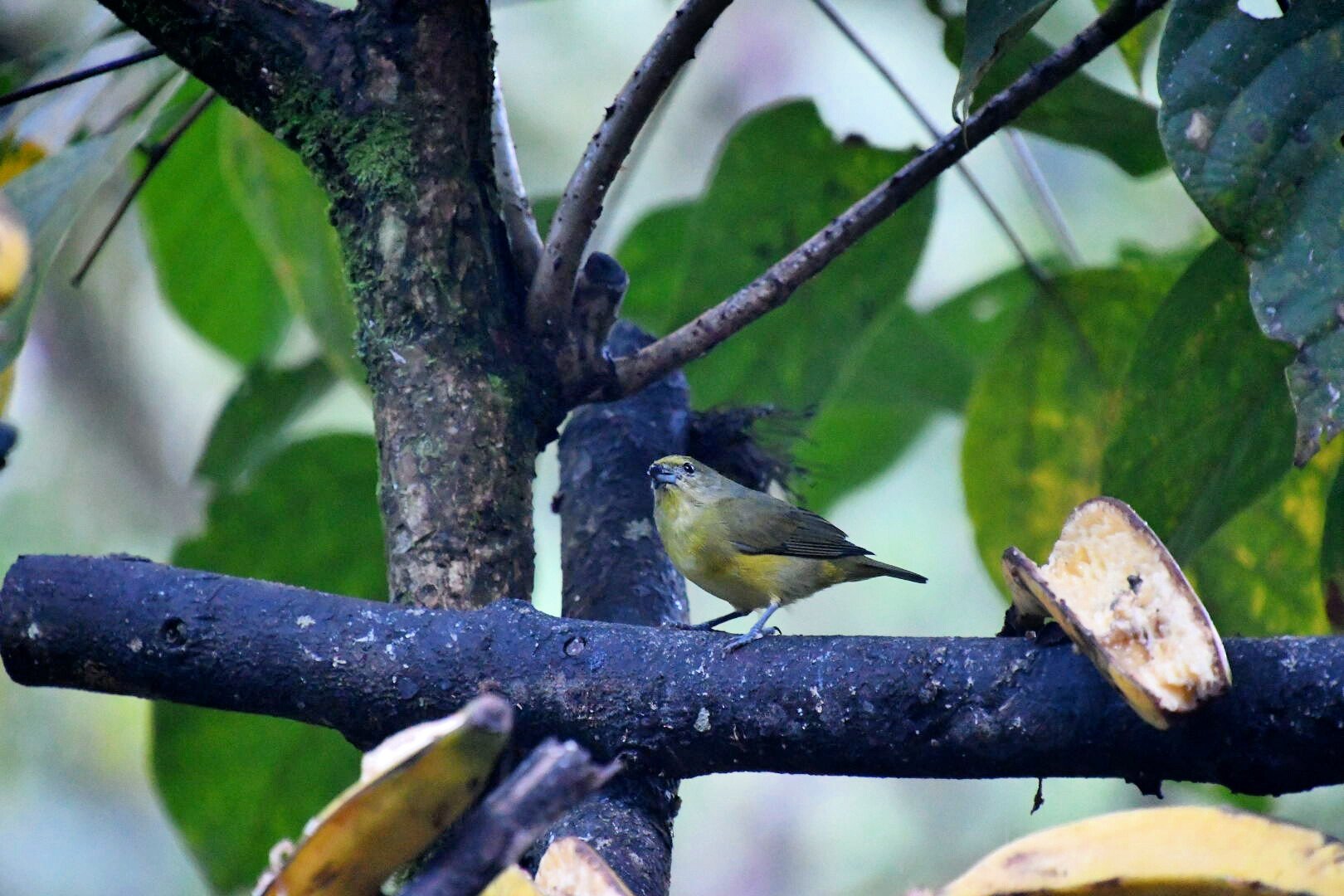 and on a wire near the site was a Blue-Crowned Motmot (I’m sure about this one). 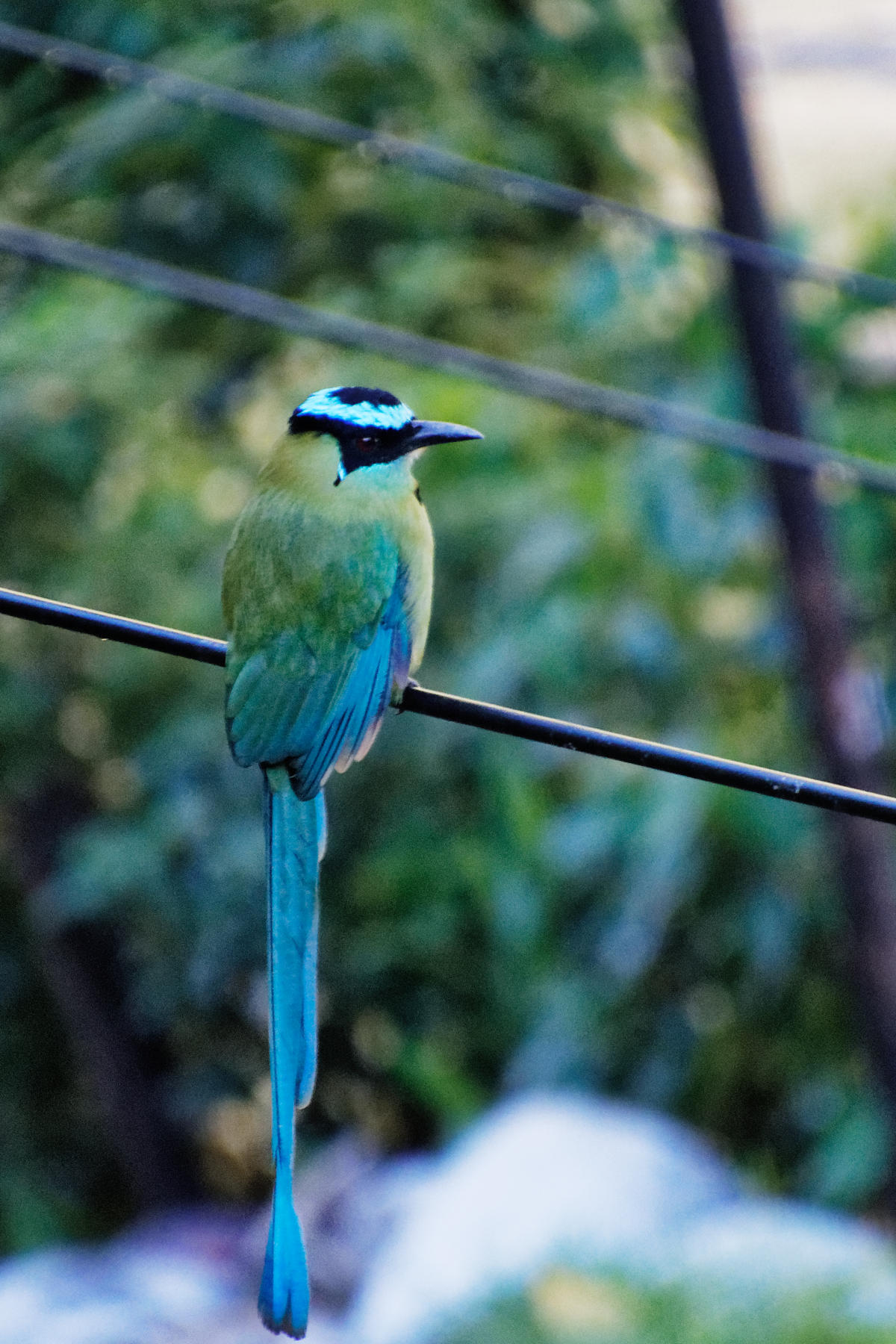 But the stars of the piece were the hummingbirds. You can also see them perched around in various places. 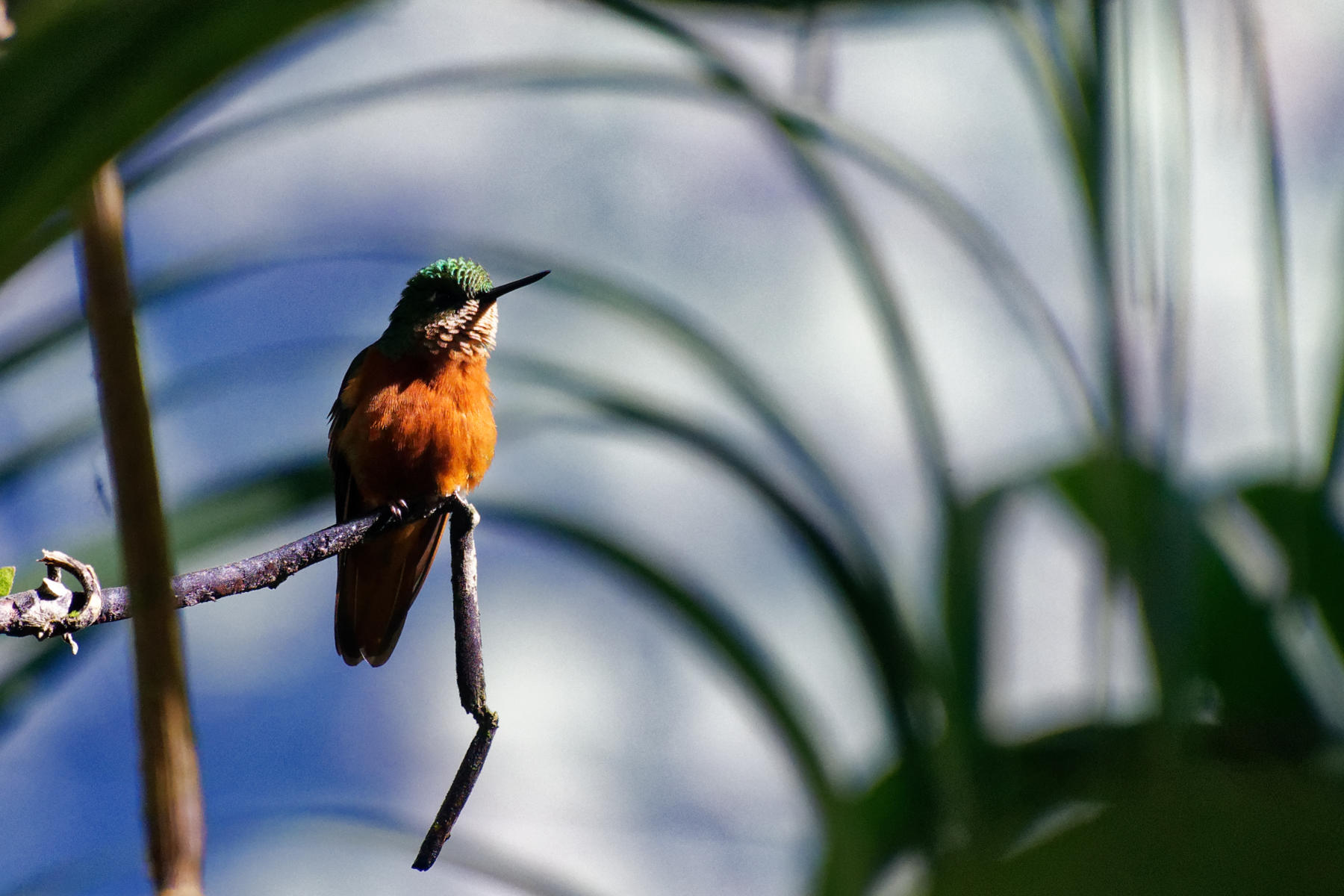 Above, a Chestnut-Breasted Coronet and below is a different sort – please comment if you can identify it. 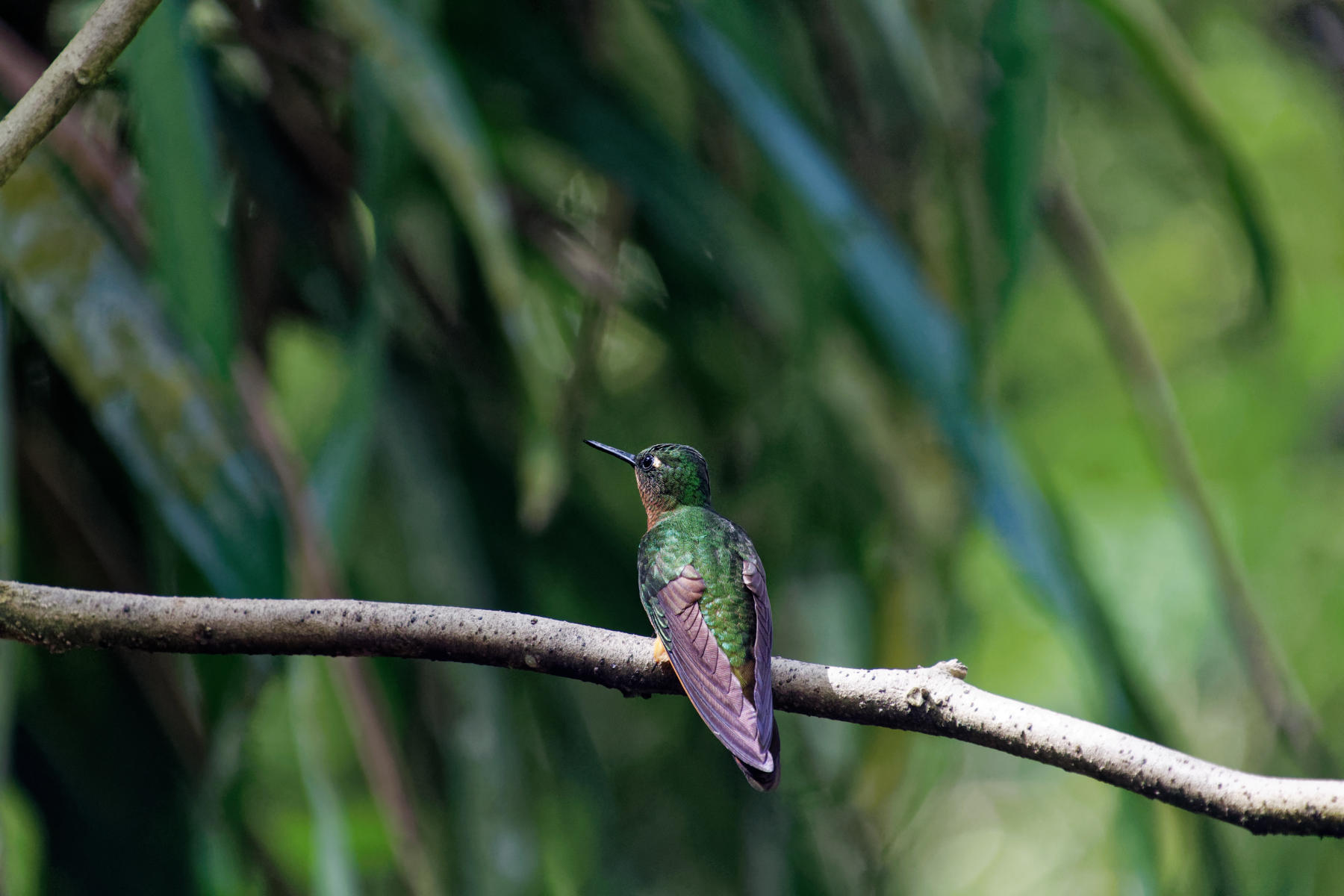 and the hotel puts out feeders to attract them. Below is quite possibly a Gould’s Inca. 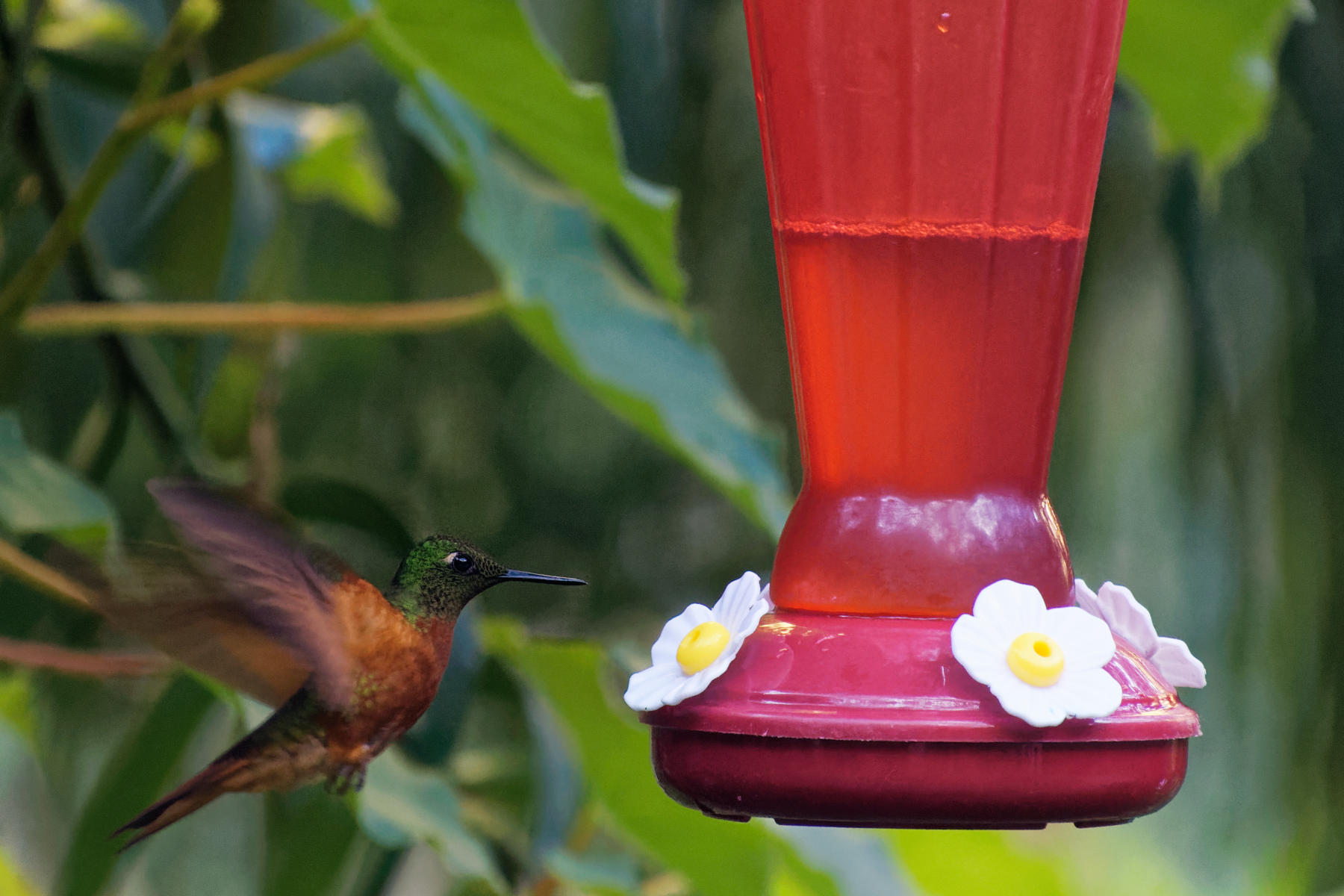 The feeders present a pleasant spectacle, and the birds seem happy to feed with people nearby.

At times, the action becomes quite frenetic

It was a pleasure to spend some time sitting quietly watching these colourful birds as they zipped around, feeding and arguing among themselves. And then, of course, it was Time For The Bar and to go and meet Jane, who had gone back up to the Machu Picchu site with Alex, our guide, while I recovered from the previous day’s exertions.