September 25th. As usual for me after a few days of relentless tourism, I felt the need for a day off, so when the rest of the group departed for other parts of Brač, I settled down to read the papers in peace and quiet. I experimented with trying to find local walks but abandoned the idea when it became clear that I would have to pay for getting the details of a local route. I also wanted to get a photo of Perla from the other side of the harbour, where the light would be good in the afternoon, so, at about 1230 I set off to walk round the harbour.

There was a stiff breeze and it was cool, but the sun was shining, and so I got other photos of Milna, such as this one 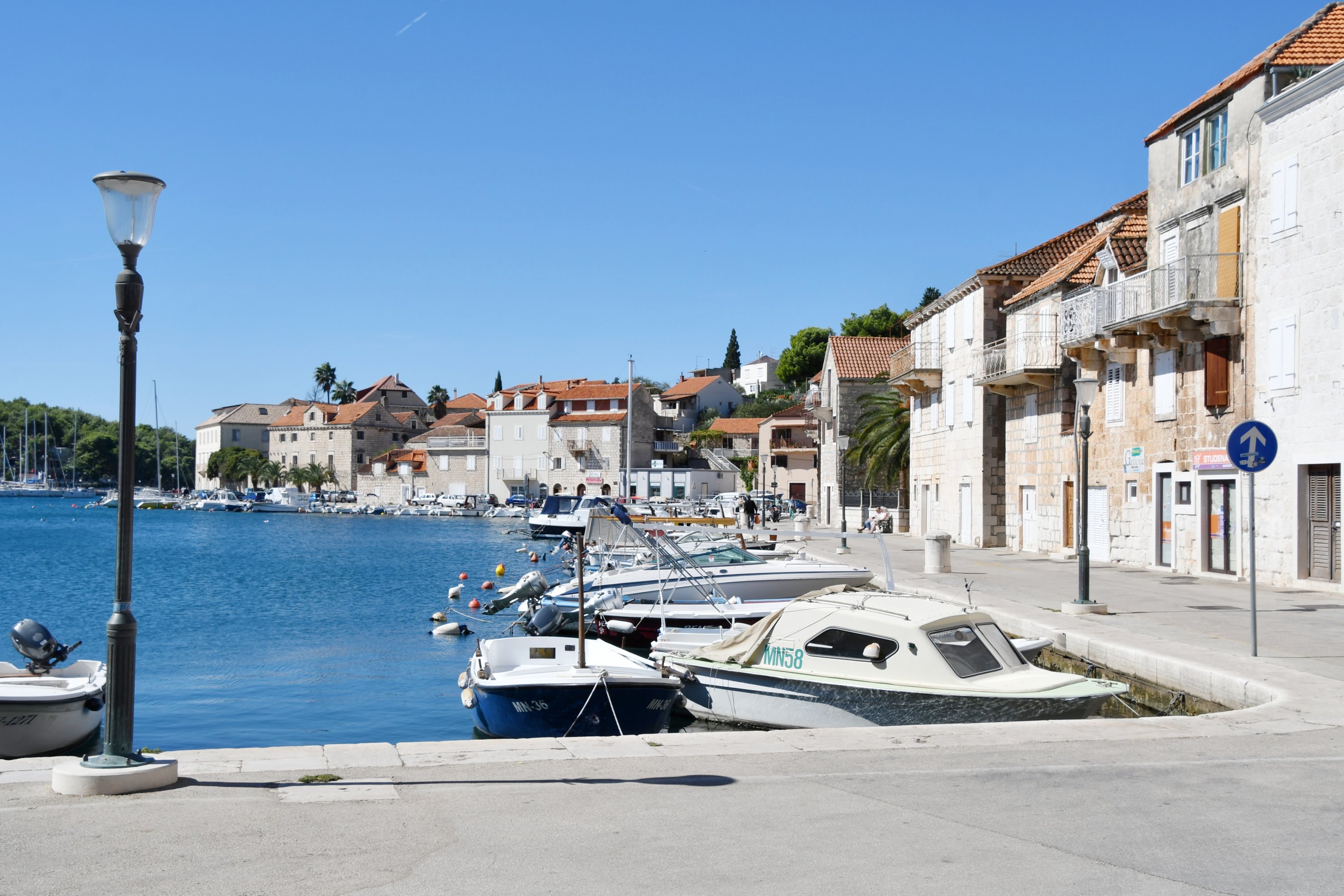 and carried on round to my selected vantage point for photographing the boat. Alas, I had been too keen, and realised that the sun wouldn’t be right for a while yet. The only thing for it was to find a spot of lunch, which I did in a restaurant called, engagingly, OmO; I have no idea why, but the burger was good and the chips were superb. So, by the time I returned to my selected site, the light was much better and I got this shot of Perla. 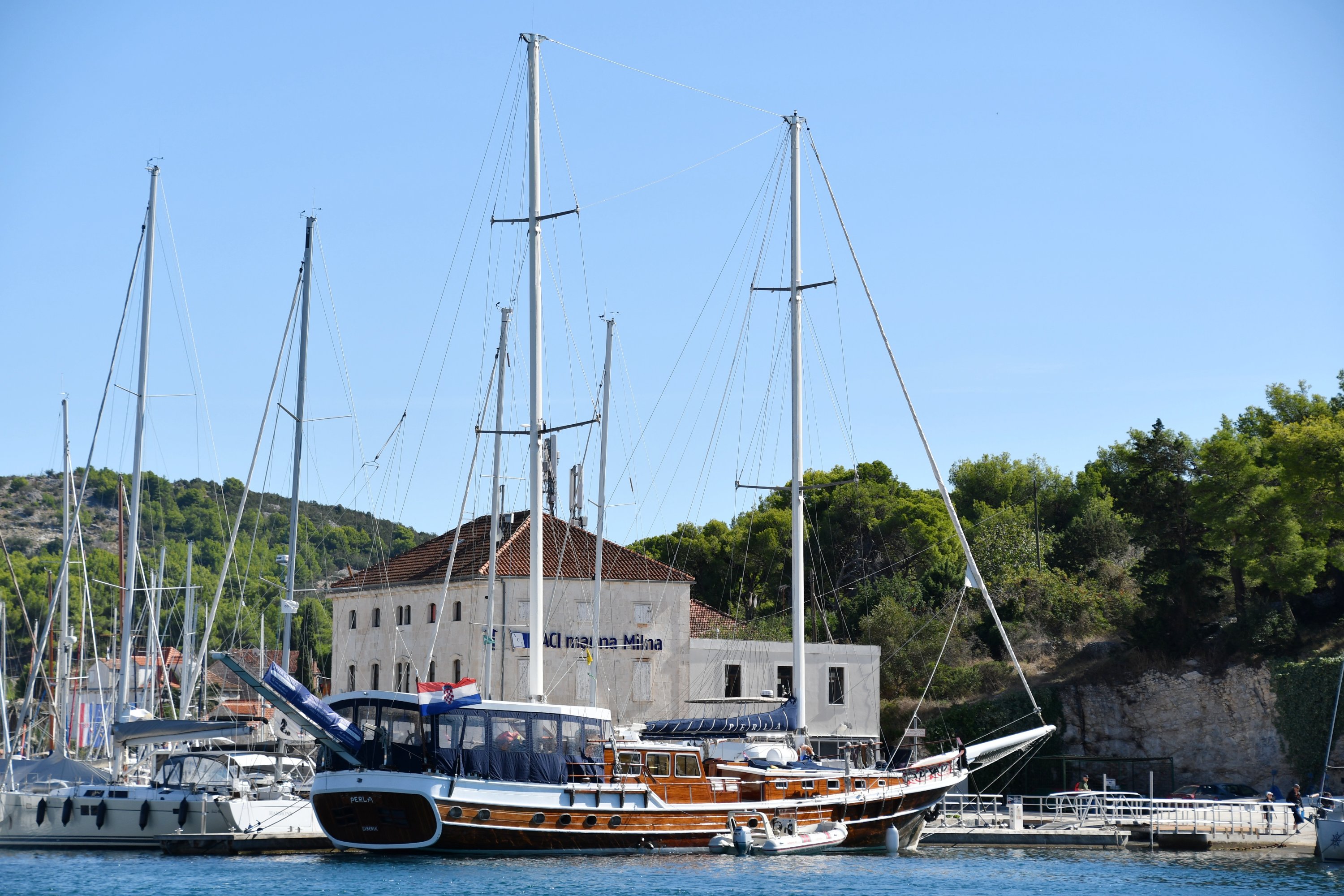 Whilst walking back to the boat, I realised that the breeze, while still occasionally gusty, had settled somewhat, and so thought it would be worth risking a foray with the drone. It was a bit scary, but I managed to get several aerial shots of Perla which look, I think, not bad. 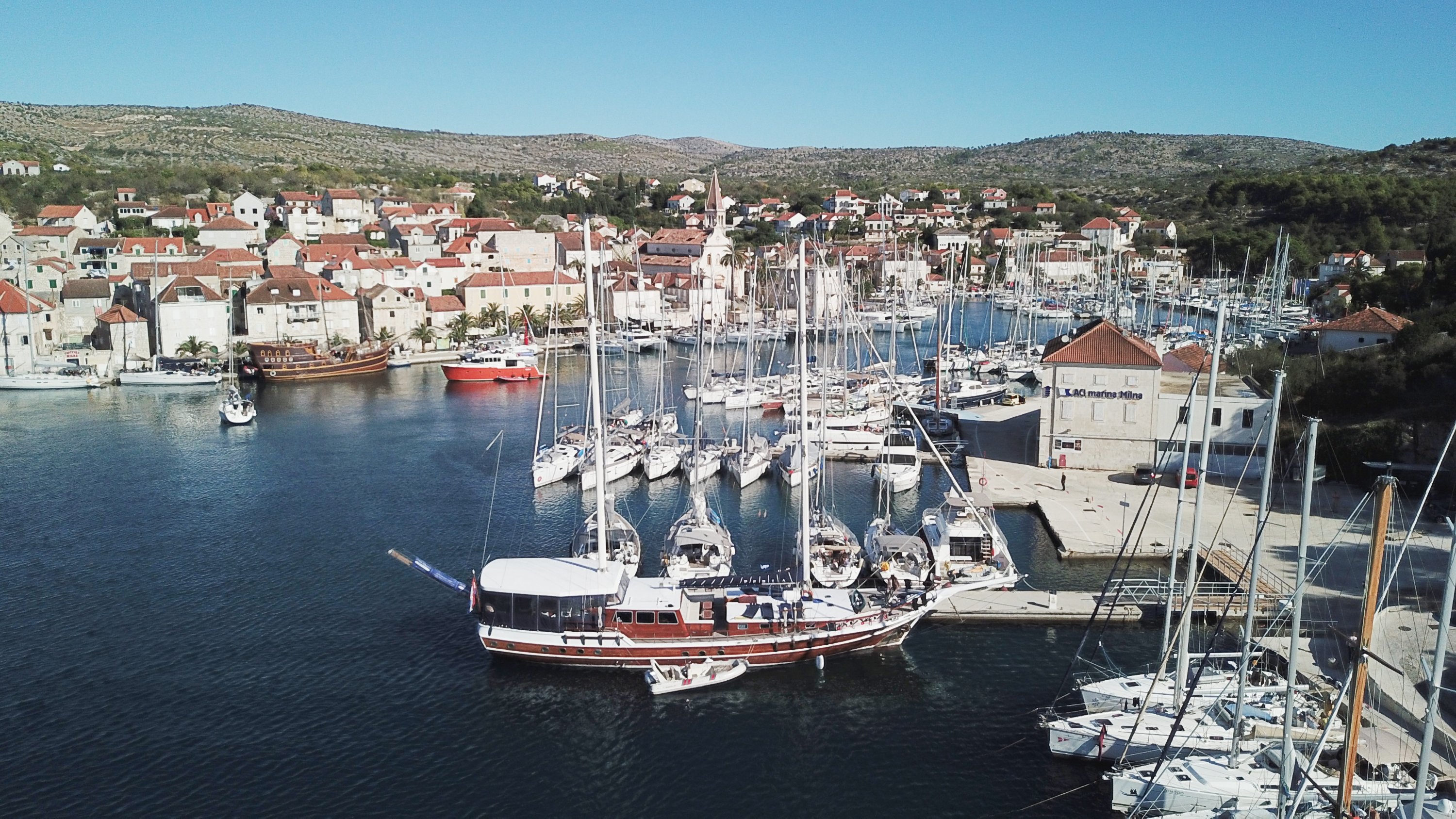 and I took some video as well:

It was a satisfactory way of passing the time until I could decently get myself a G&T to await the return of the group to hear the story of their day, which may well appear in these pages courtesy of Jane’s good offices.

Until then, It’s Time For The Bar, I think.