Monday 12th July 2021. When we originally made the holiday arrangements with Dagur, we added an extra day into the schedule so that we could potter around Reykjavik. I’m immensely glad we did, in the light of the hoops one has to jump through in order to travel internationally in these pandemic times. UK requirements were that we had to be able to show a negative Covid test taken no more than 72 hours before departure, and the exceedingly well-organised Iceland authorities made this a very straightforward process – we booked the test online for the morning of our free day, and the leisurely 24 hours we’d added into the schedule on spec would give us a cushion in case the tests took the full 24 hours to come through. All in all, another example of the remarkable good fortune we’d experienced on this holiday.

That good fortune didn’t entirely hold. We had to get to a testing centre which was a couple of miles from our hotel and we decided to walk it. In the event, the walk there was into the teeth of the driving drizzle that, as I’ve said before, there is probably a special Icelandic word for, almost certainly containing some strange vowels and consonants. Also, my fond belief that we would turn up to a largely deserted testing centre and sweep effortlessly through looked a little optimistic when we saw the queue. 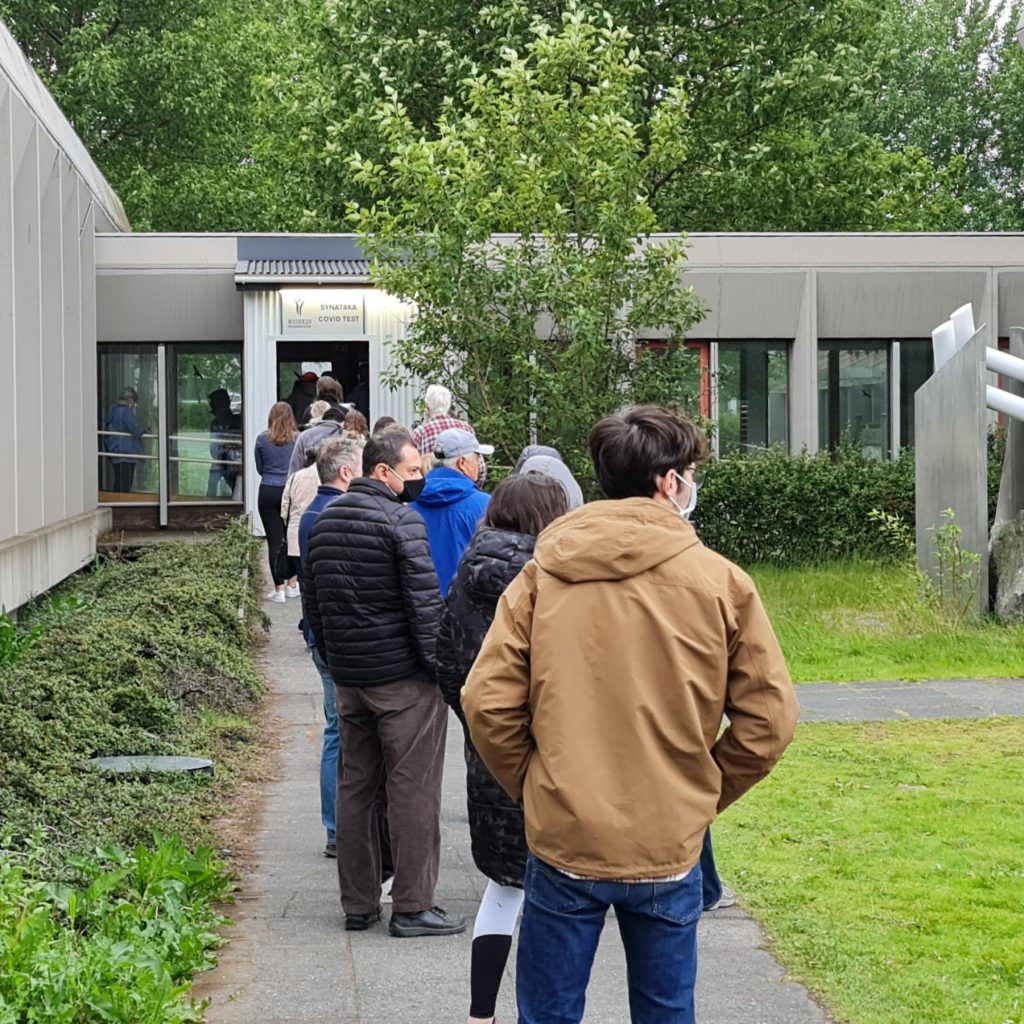 In fact, the queue moved swiftly and the process inside the building ran with an efficiency that could have been described as ruthless were it not discharged so courteously. The chap who thrust a cotton bud so far up my nasal passage that I feared it would come out of the top of my head was very polite and helpful whilst going about his business; it took seconds and there was a steady flow of people, which made me wonder how much he is enjoying his days at the moment.

The walk back to the hotel was much more pleasant, with the wind behind us; and having got back to the hotel to change into Being A Tourist clothes, we went out to look around Reykjavik in a little more detail than we had on our arrival day. 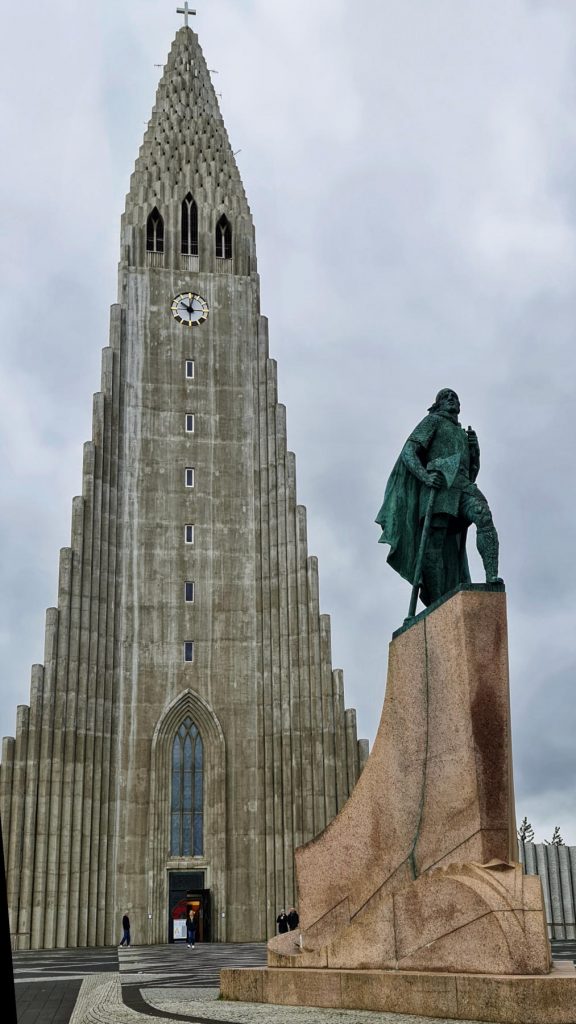 and took a look inside. It’s a Lutheran church, so the sort of ritzy decoration that typically adorns Catholic churches (often at the expense of the peons they purport to serve) is absent, leaving a clean, calm environment – somewhat reminiscent of the Sagrada Familia in Barcelona. 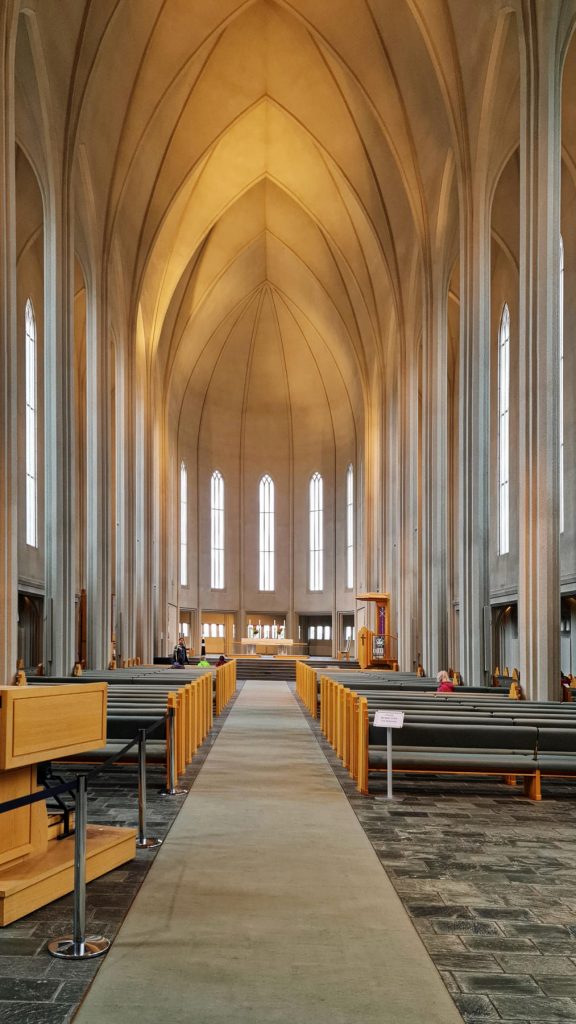 The church features a very impressive organ. Stop sniggering at the back. 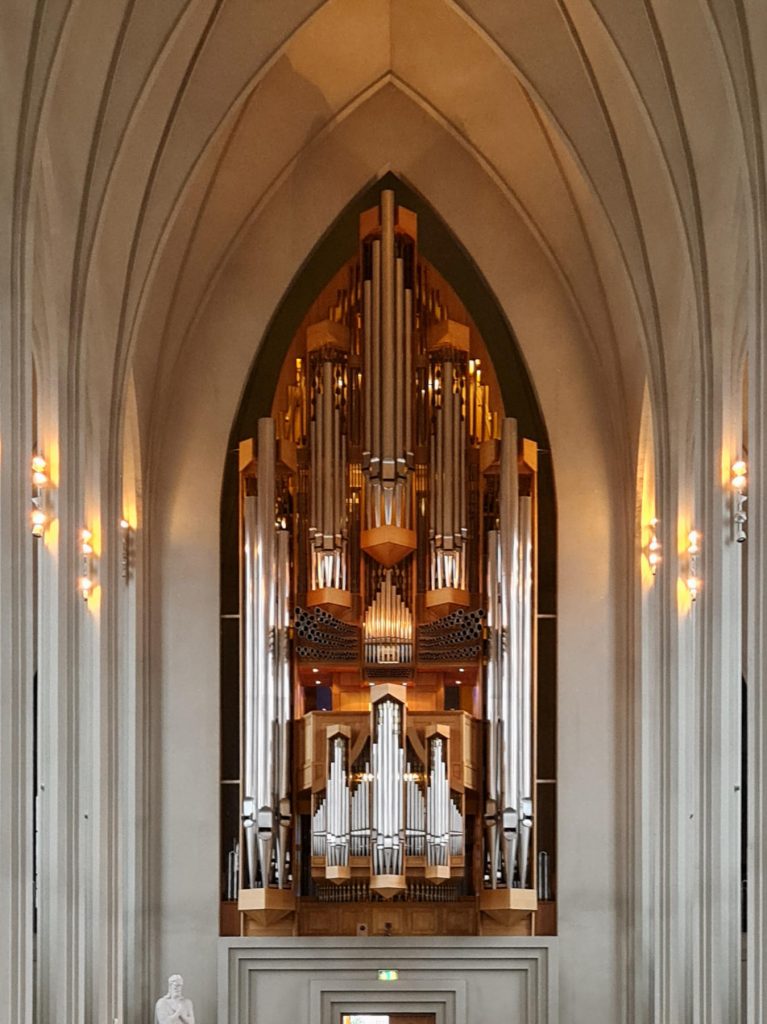 One can go up the tower, at a cost, but we decided not to, instead opting to follow a suggestion from Dagur to cross the road and look into the sculpture garden of the Einar Jonsson museum opposite the church. 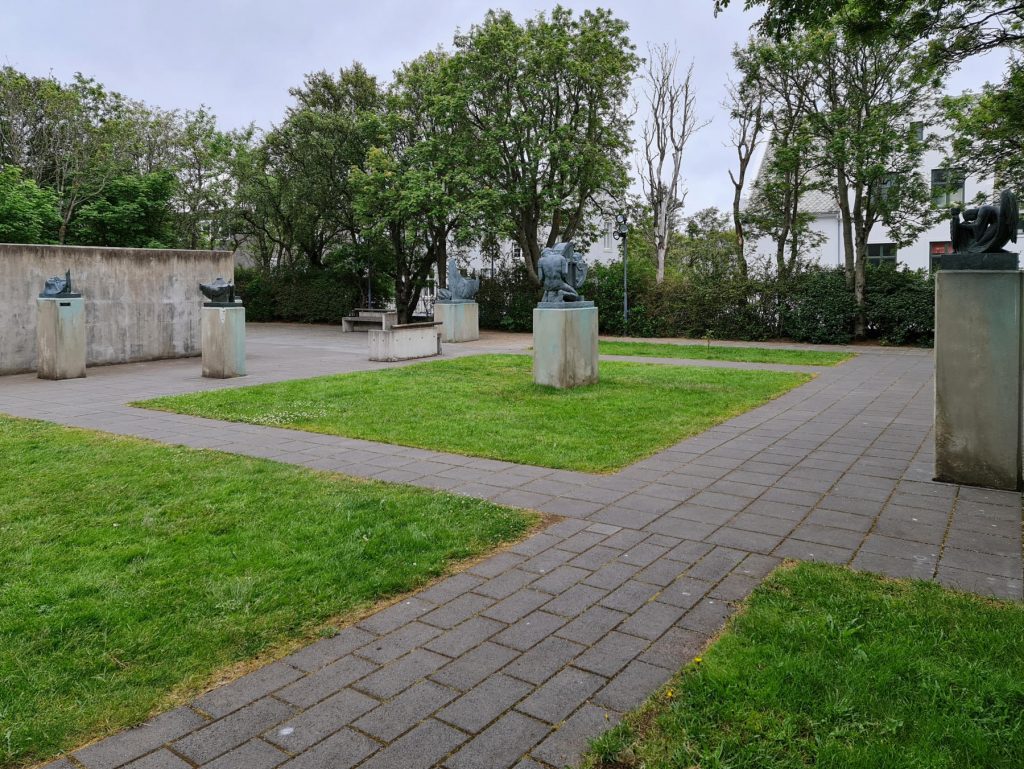 He lived from 1874 to 1954, and the sculpture garden has some lovely examples of his work. 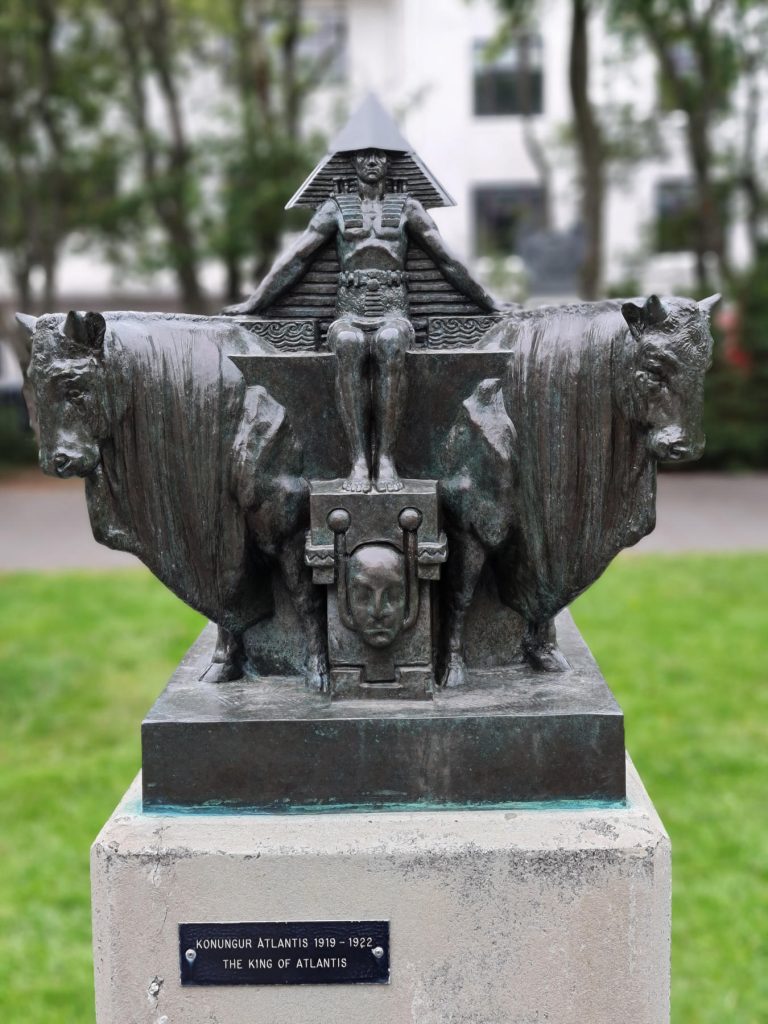 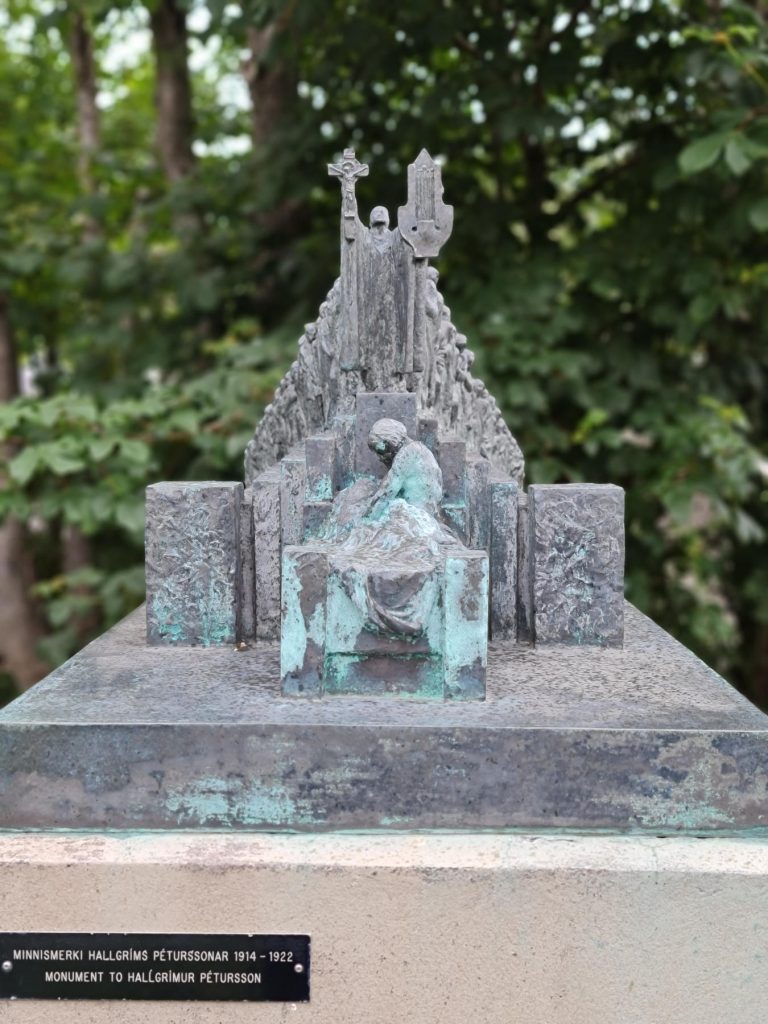 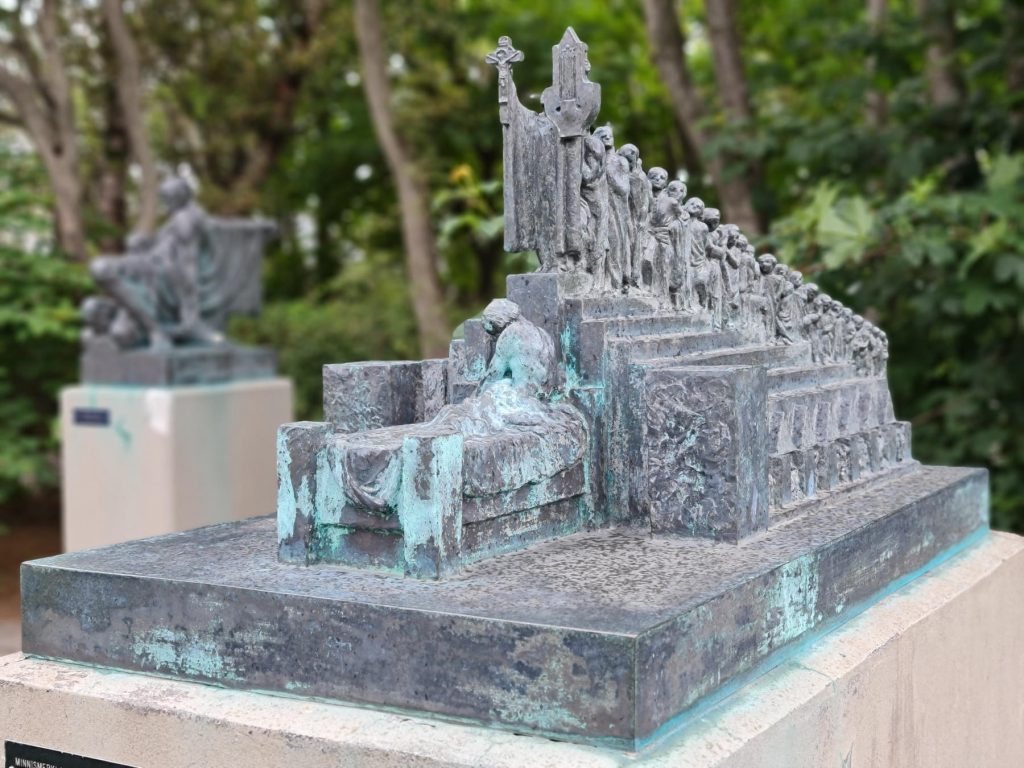 (Obvs I have many more photos, but I wouldn’t want to bore you, not really.)

We went back to our hotel and about 5 hours after we had undergone the test, again with no fanfare or choir of angels but rather via a text, I received the following:

Thank goodness for Google Translate, I say; this helped me establish that it was a negative result. To be fair to the authorities, they also e-mailed certificates to us. In English.

After that we wandered round the area close to our hotel, marvelling at the time and trouble taken to make the buildings interesting. 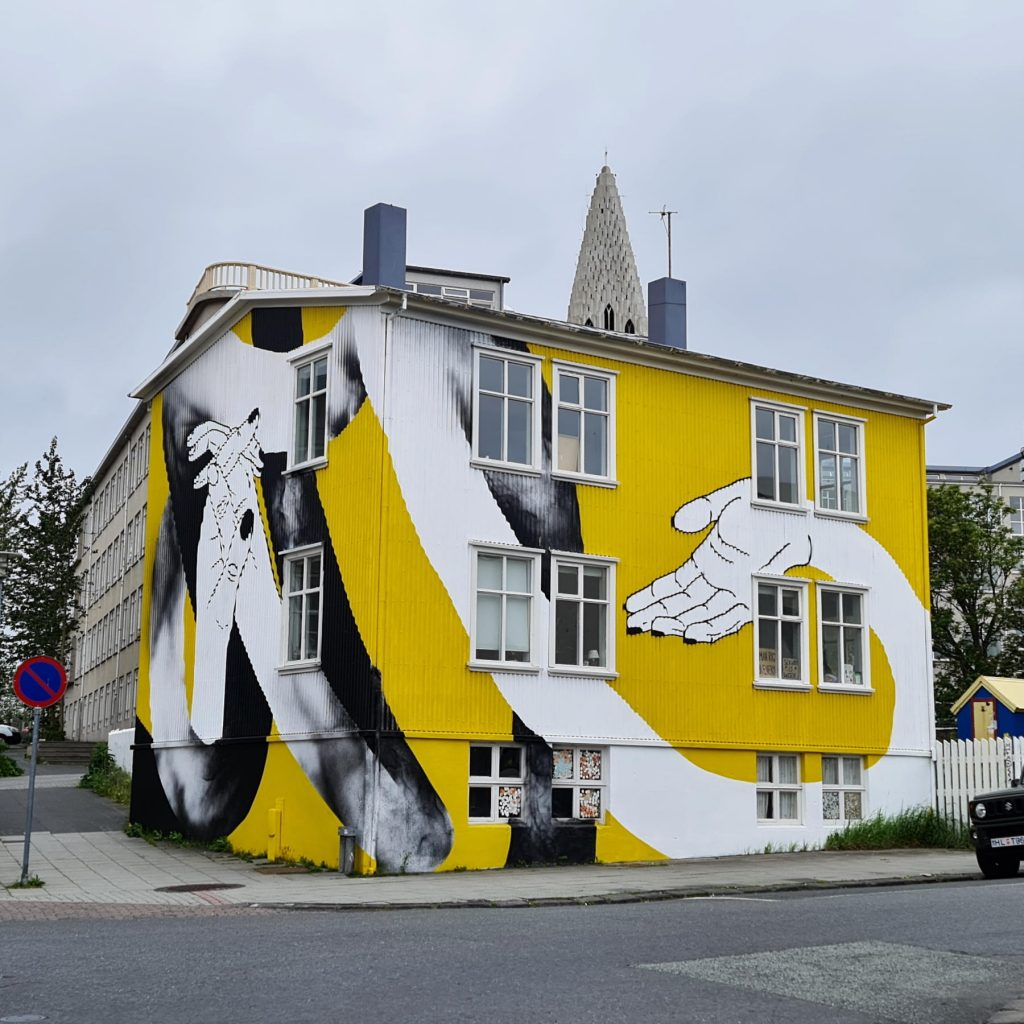 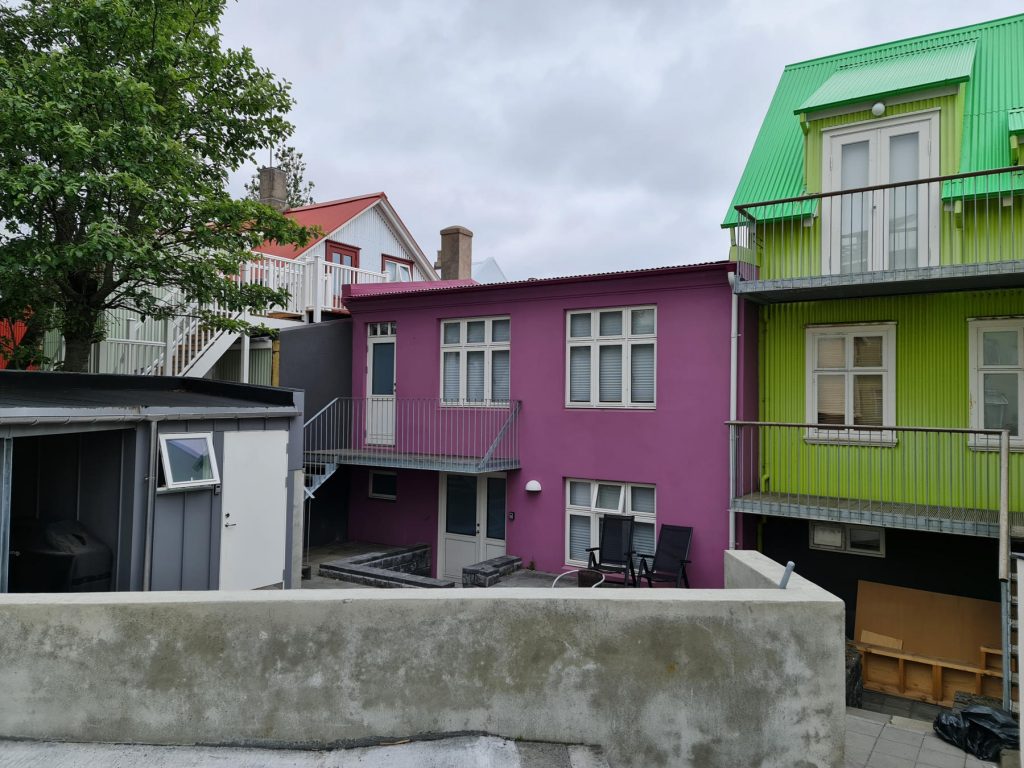 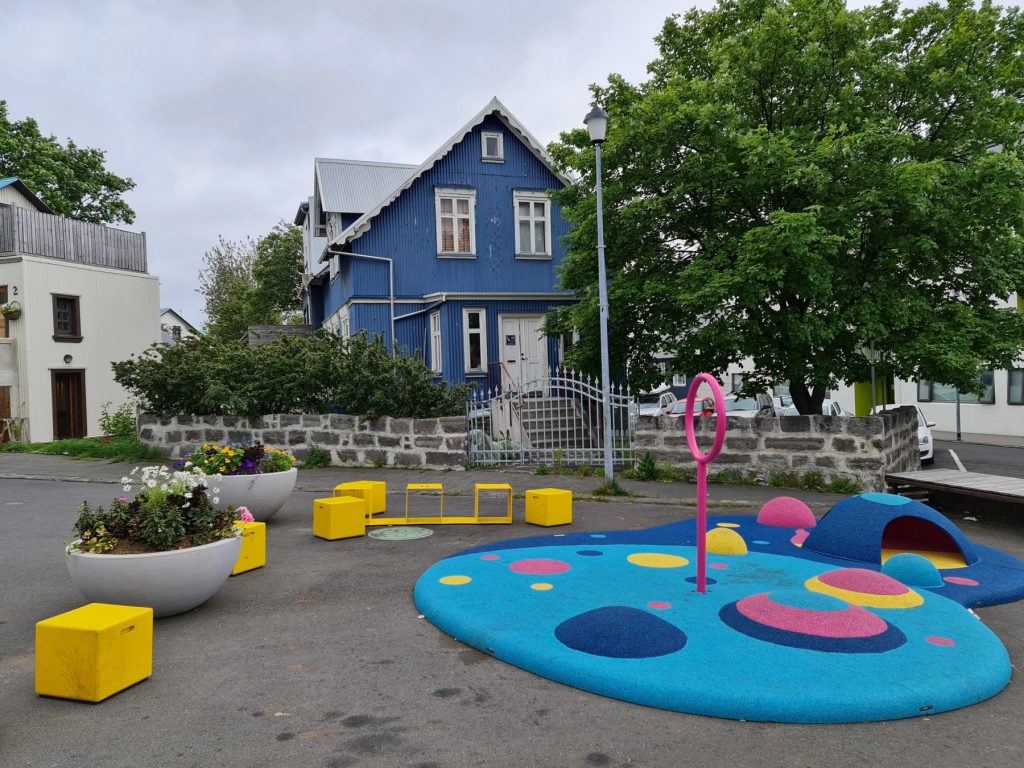 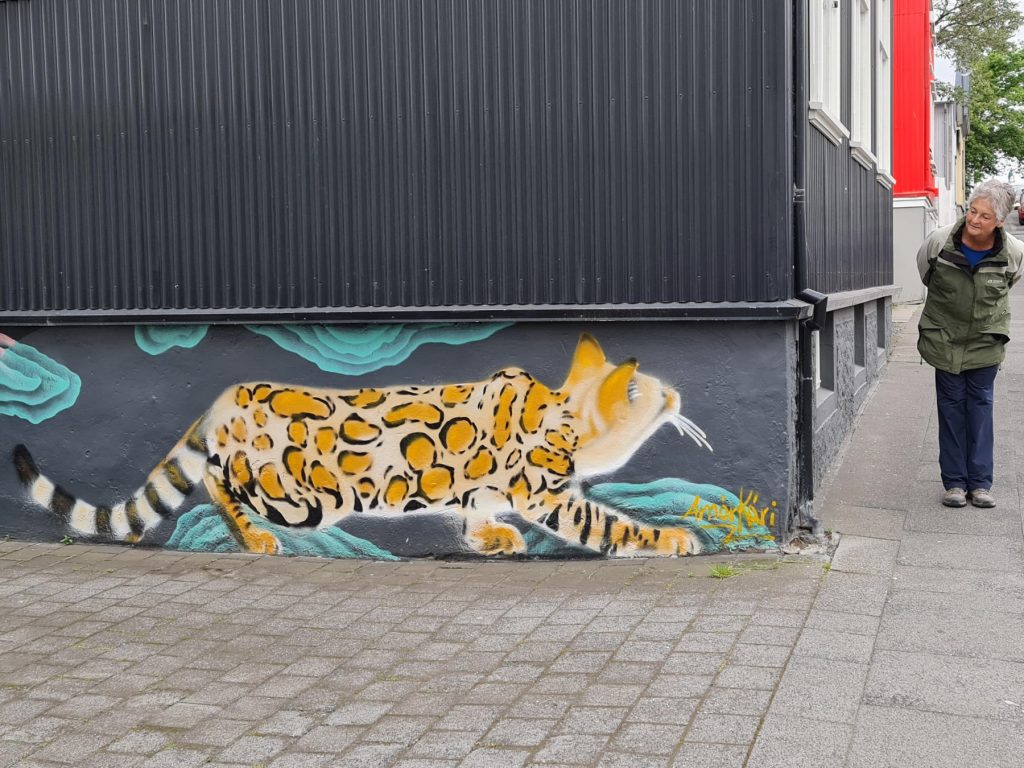 There are many more interesting and quirky architectural sights that we saw, but, again, there’s a limit to your patience with my photos, so I’ll spare you for now. If you come back tomorrow, you’ll see some more, I can promise you that.

We had made an arrangement to meet Chris Foster, you remember – the folk singer and artist contact from Jane’s dim and distant [slap! ouch!] for drinks in the evening. We thought that it would be a good idea to have a bite to eat beforehand as ballast, but equally thought it would be nice to get away from the arctic char/lamb/beef options that so often figured in our diet over the last fortnight. So we went for a Thai meal and I can now vouch that the beef salad in Krua Thai in Reykjavik is a belter.

After that, we met Chris and his wife, Bára Grímsdóttir, who is a legendary force in Icelandic folk music and song, for “a couple of drinks”, which actually resulted in us getting chucked out of one bar as it closed and then still knocking further drinks back as the hotel bar closed; it was a good evening meeting a couple of really interesting people, in my case for the first time.

And so, rather blearily, to bed. We still have a morning in Reykjavik before we have to go to the airport and bid farewell to this remarkable country, and so we might well go out and see a few more of the sights. Come back and find out if this was the case, why don’t you?