Thursday 10 October.  Today was our last day of holiday, and we travel home tomorrow.  It seemed a shame to let the day go idly by, so we elected to do a short walk, going west from our hotel.

We traversed Mahon, going further west than we’d been during our week so far, encountering new and strange objects such as this sundial. 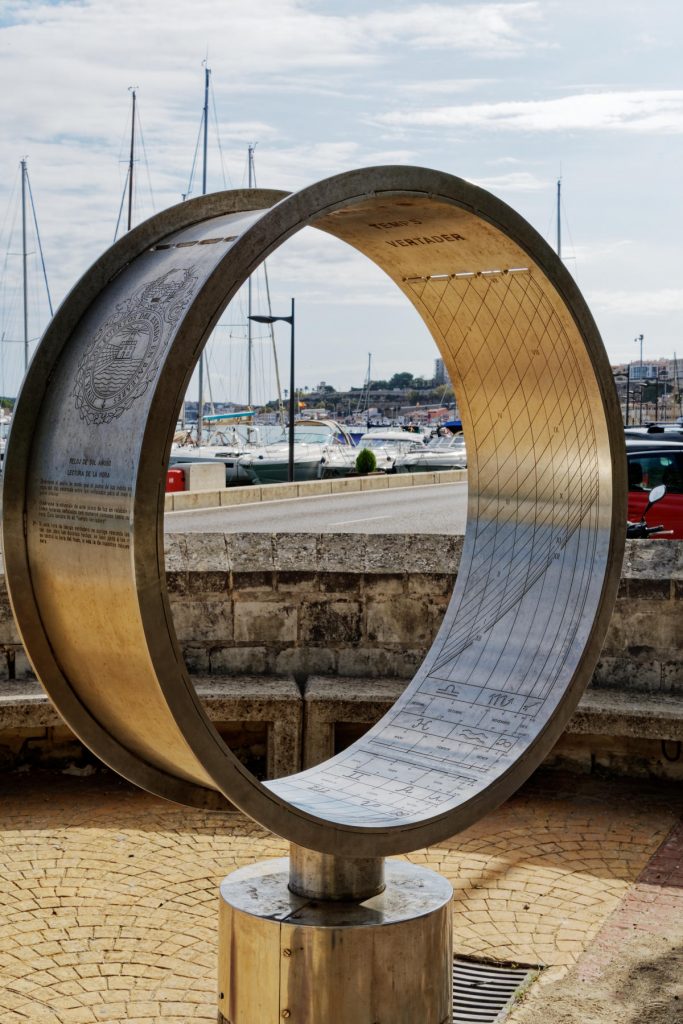 I’m not quite sure how it works, but it has strange and wonderful markings.

We had to deal with the Mahon ring road, and soon encountered the first major landmark of the walk, the Hermitage of St. John, now sadly falling into disuse. 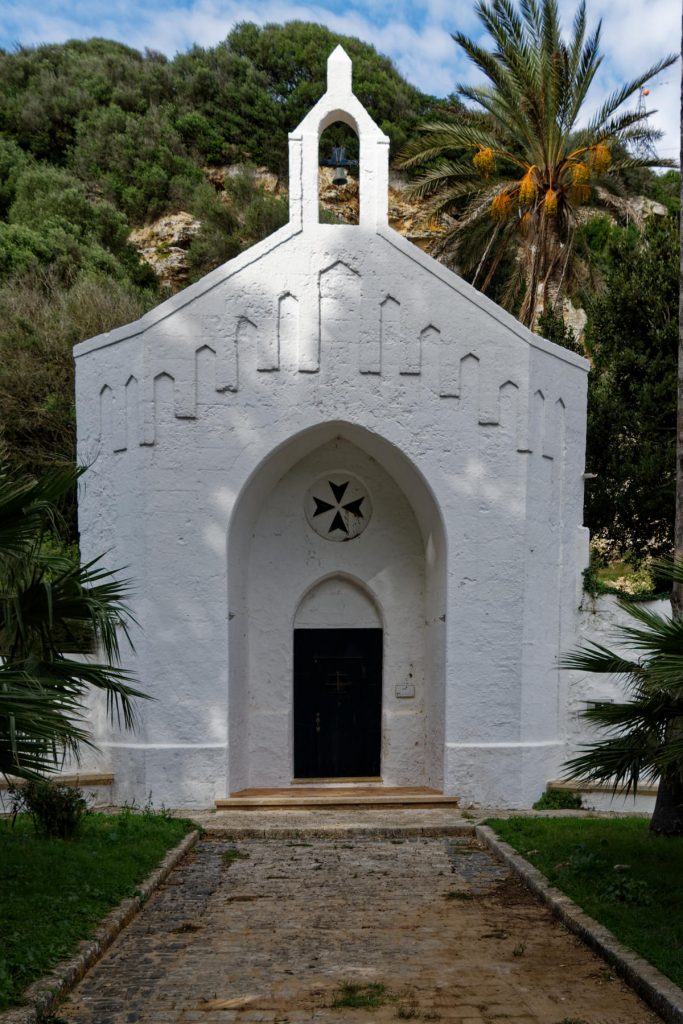 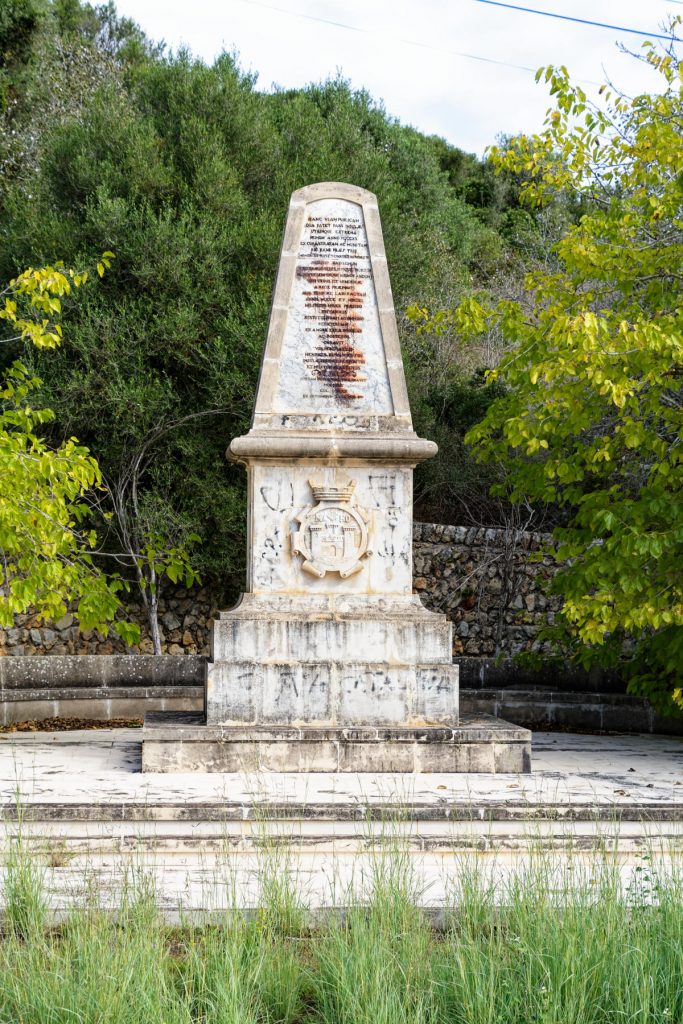 He is responsible for many good works, such as reforming the legal system, drawing up a new constitution, building a road connecting Ciudadela, with Mahon and making Mahon a free port.  He also got a drainage ditch dug to drain the marshland to the west of Mahon, 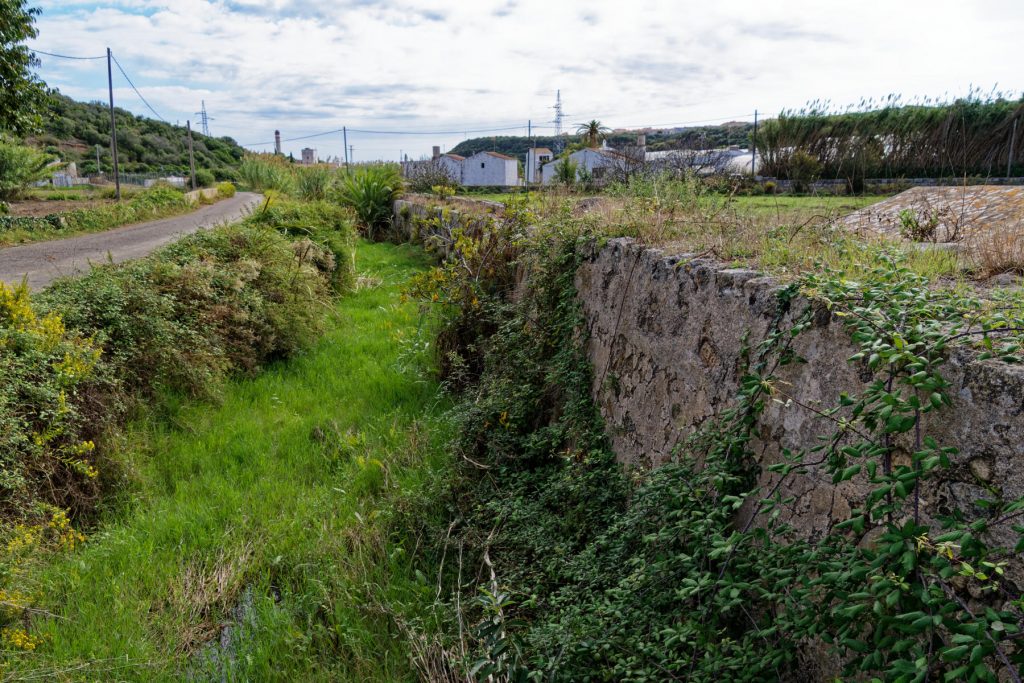 creating a fertile agricultural area, which to this day is effectively the market garden of Mahon.

The walk was largely an out-and-back through this area of allotments and more major agricultural areas. 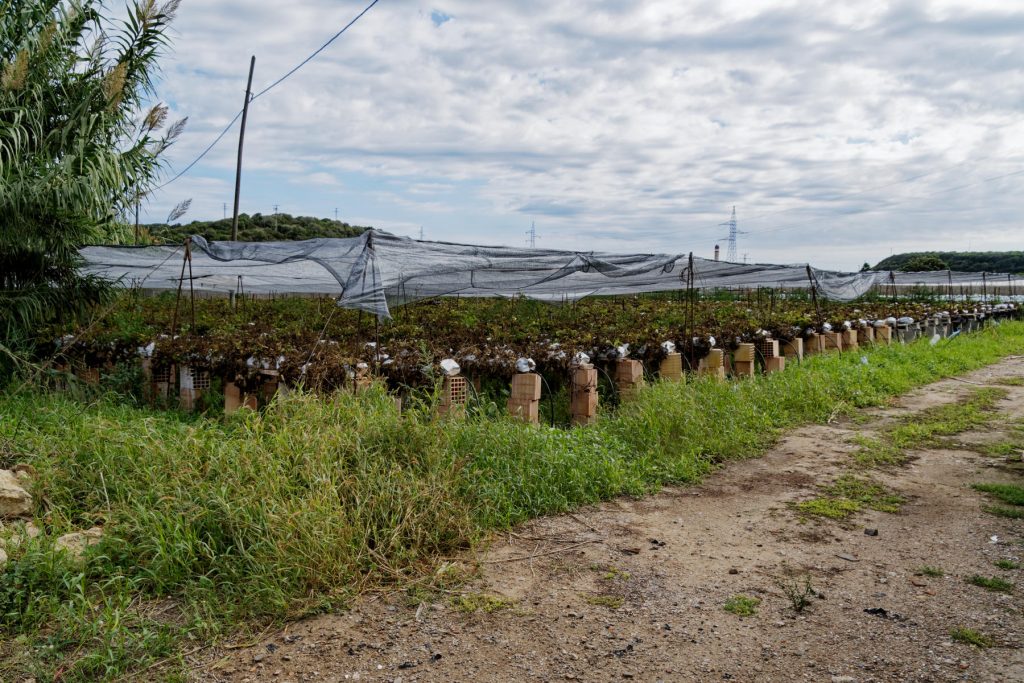 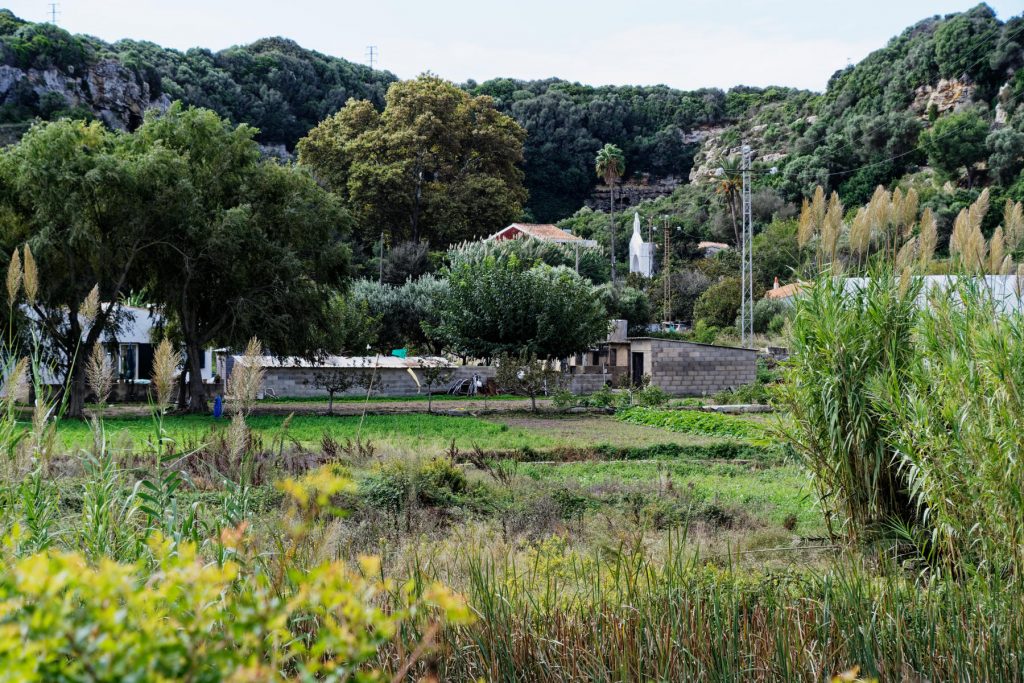 There were several patches of Morning Glory 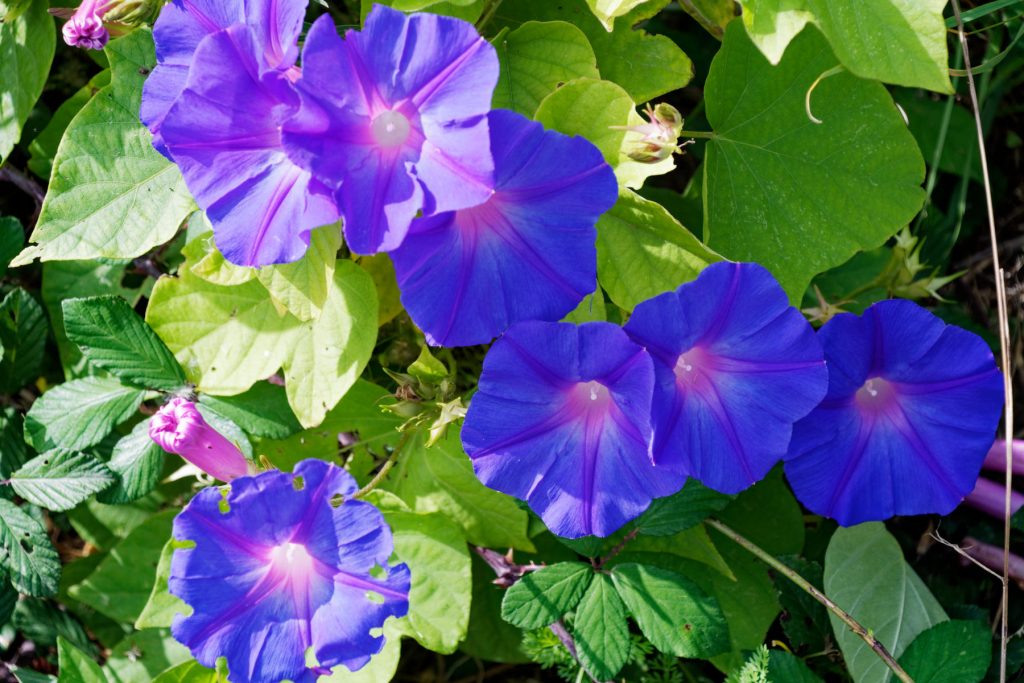 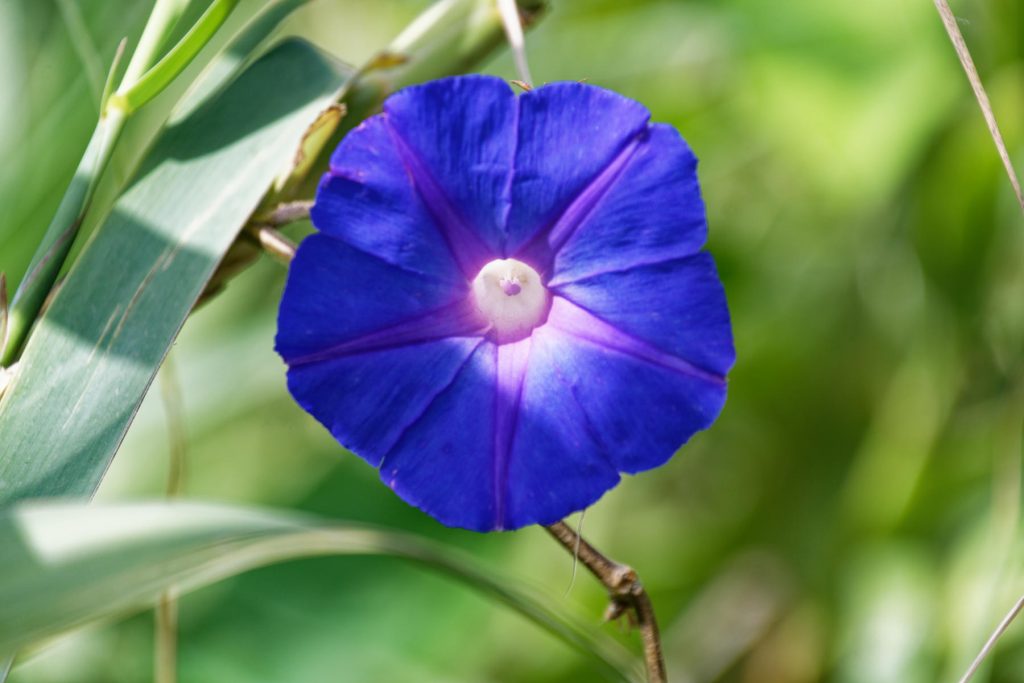 and the road was literally crawling with Hawk Moth caterpillars of a variety of hues. 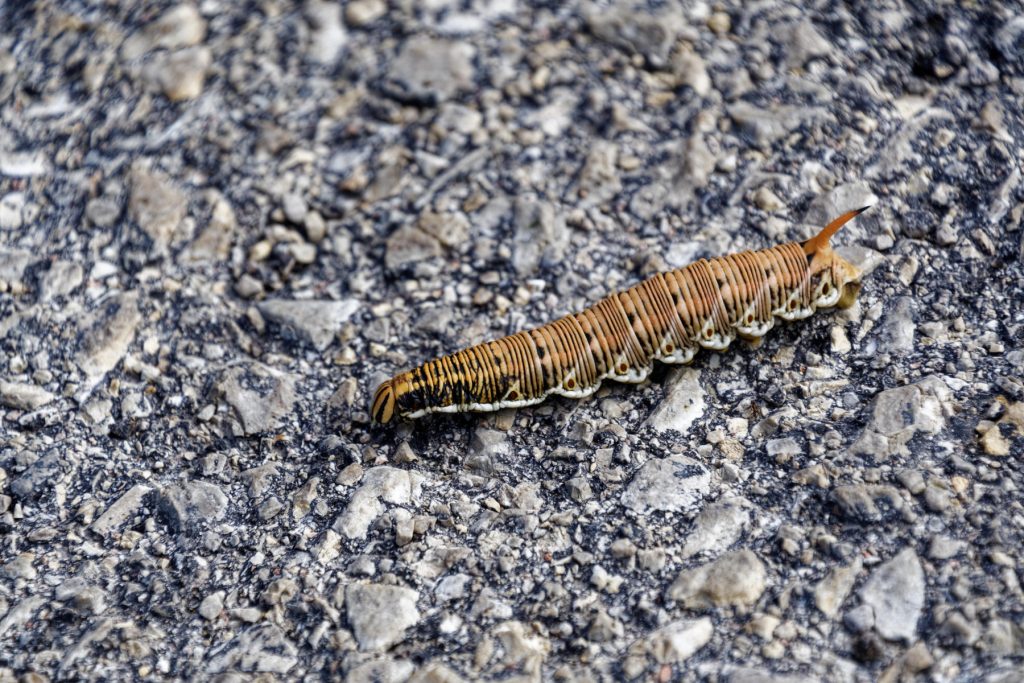 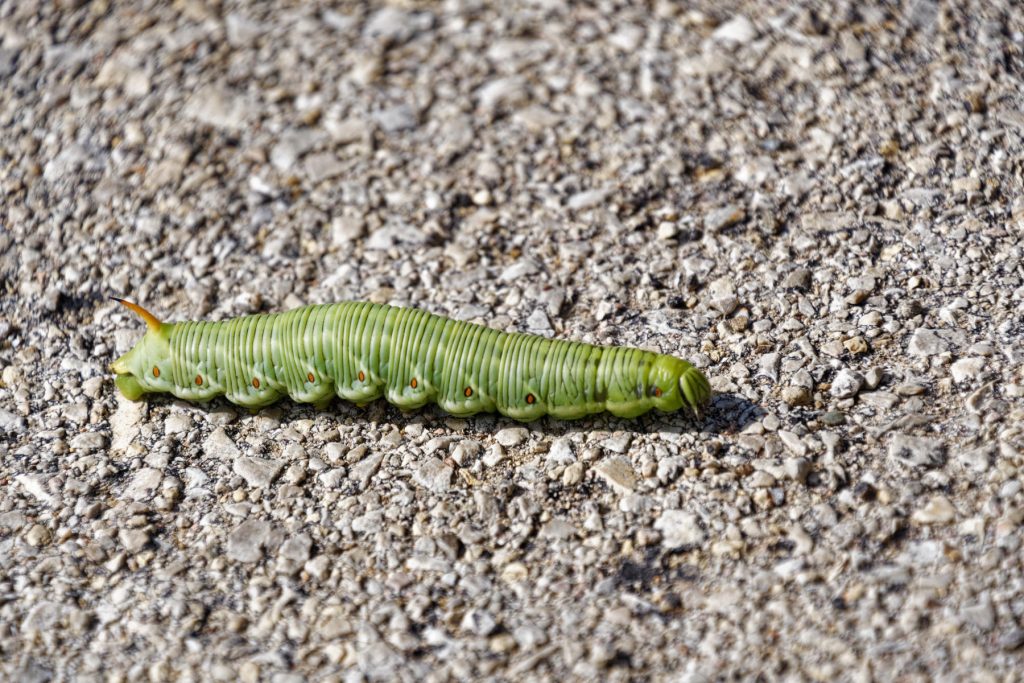 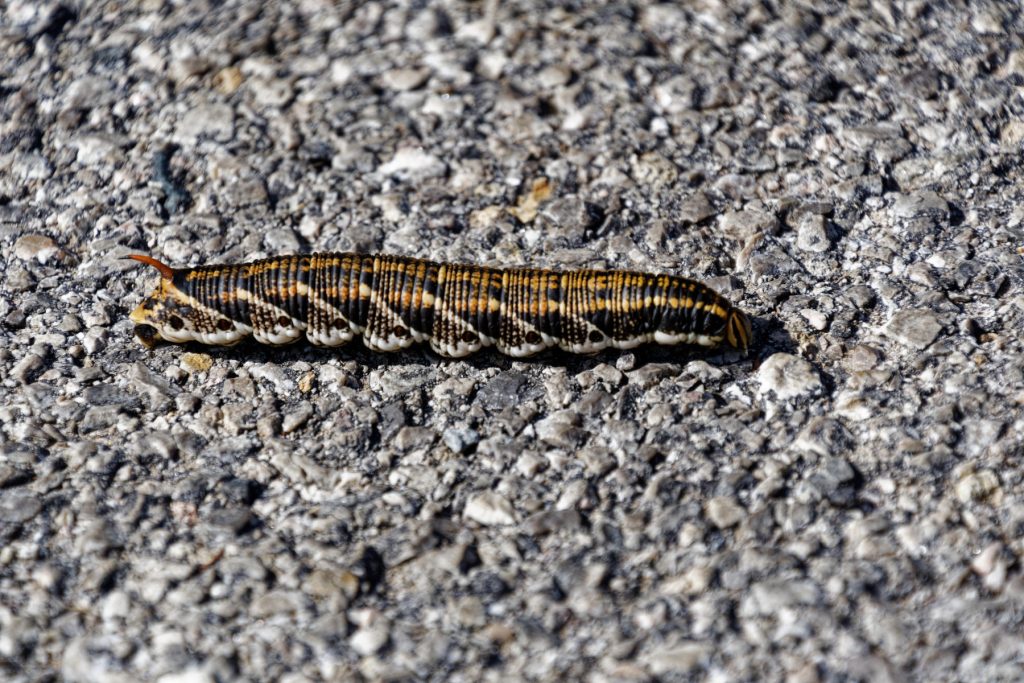 (sadly, the road was also liberally covered in the squashed corpses of caterpillars which didn’t make it).

We saw a couple of kites 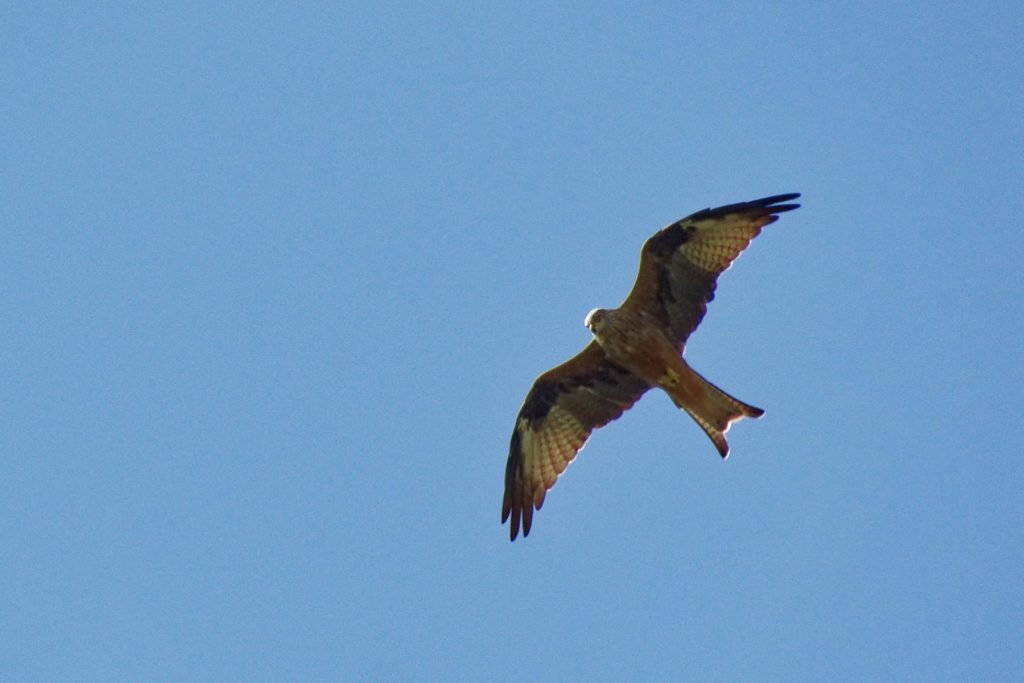 and an egret (just one, this time, although on other occasions, we’ve had a few). 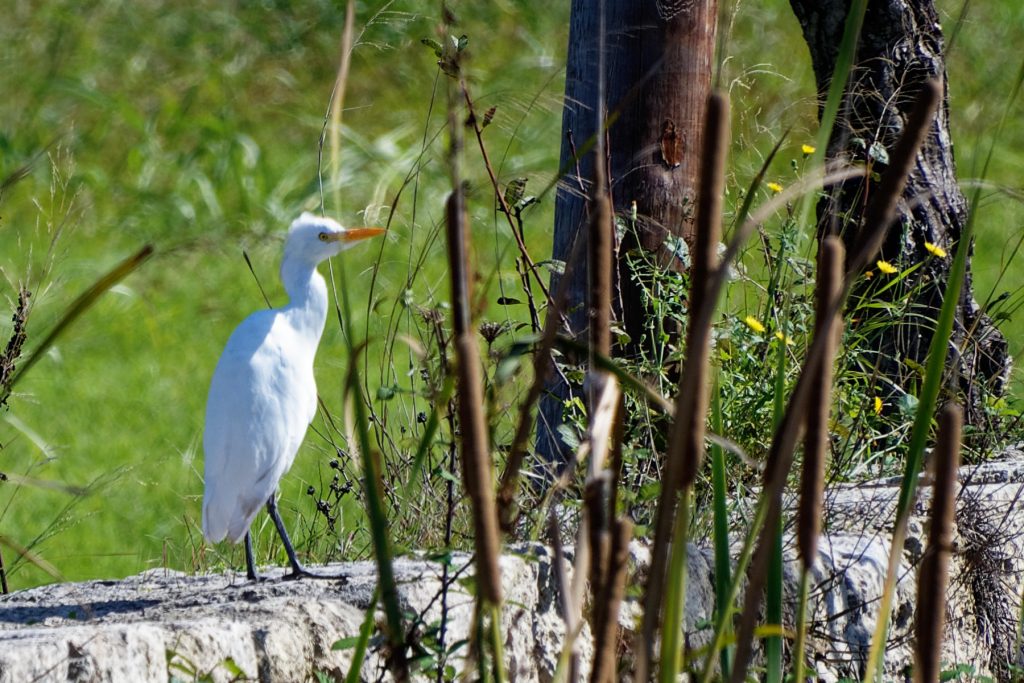 Having gone as far along the track as we could, we retraced our steps as far as the hermitage, and then branched off on the old track which was once the only way into Mahon.  Most of it was Menorcan-style rough cobbling with small stones, here with cart track ruts visible 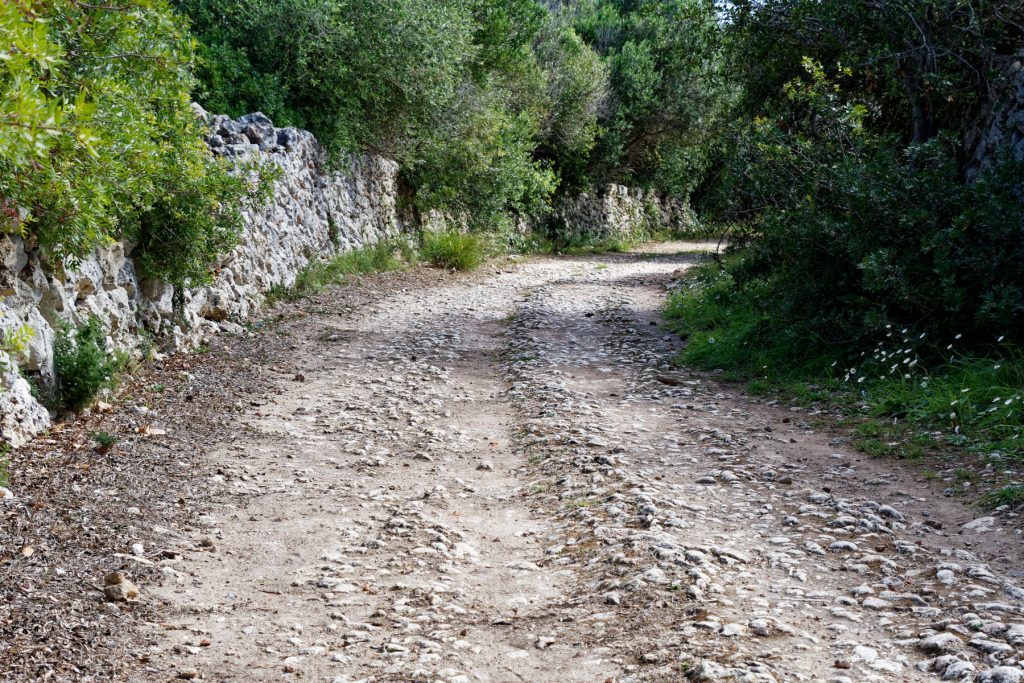 and there was a very short stretch of what was the more sophisticated Roman version of this road. 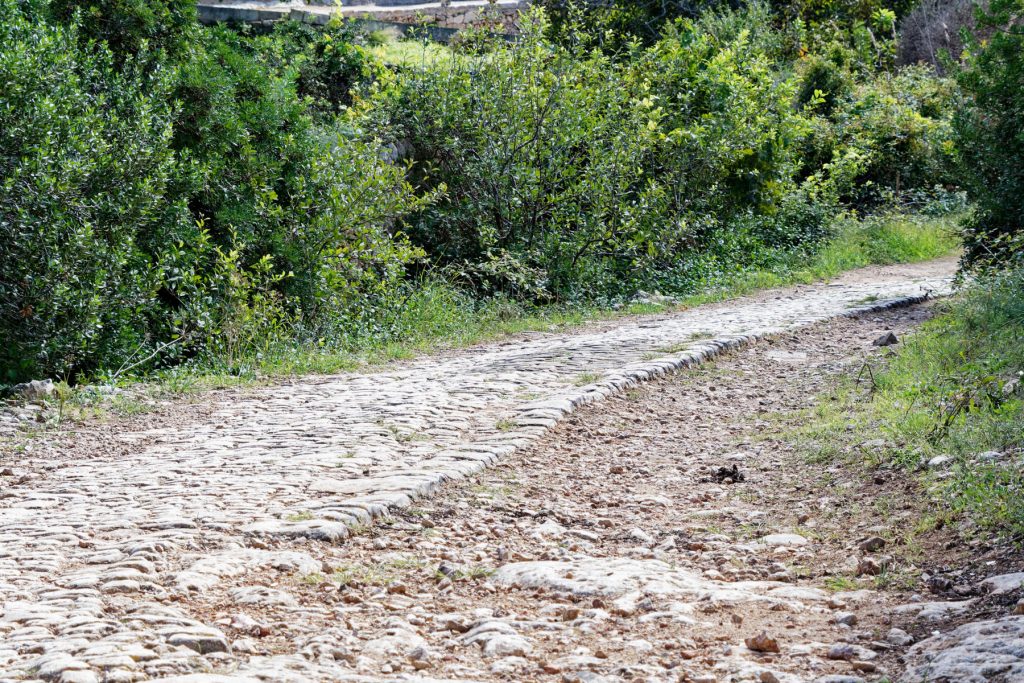 A fairly gentle walk, then, was our last on the island.  We headed back to the hotel before going out for a final lunch at a restaurant called L’Arpo – good razor clams but not exceptional tuna – and then coming back for a little post-prandial siesta.

Tomorrow, They’re Coming To Take Us Away at midday and we go home after three wonderful weeks in Spain.  I’ll try to do a summary of my thoughts about it as a wrap up to our excellent Spain B&B Break.