This is a whinge about the disadvantage of doing things properly. If you dislike self-pitying moaning, then – move on: nothing to read, here.

I’m going on holiday soon to Croatia and am looking forward to the walking, the sailing and, of course, the photographic possibilities. I’ll be taking a decent camera for the outstanding views and I thought there might be the possibility of some great aerial photos and video if I took my drone. After all, there are large numbers of aerial videos and photos on the web – how nice to be able to contribute more, I thought. 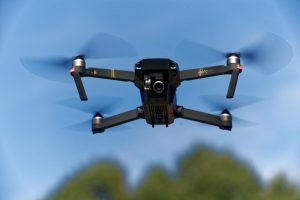 Being a law-abiding type, I researched the use of drones in Croatia. This was a mistake.

So I downloaded and completed the CAA form, with some advice from a nice lady at the CCAA and have snail-mailed it, as requested, to the CCAA.

I e-mailed the State Geodetic Association. They sent back a form, and, in the covering letter said that “private use” as a purpose for aerial imaging would be rejected. From the form, it’s clear that ad hoc drone flying is not approved; formal planning of a commercial shoot, including export method for the images, is necessary.

So, 10 out of 10 to the Croatian authorities for responsiveness and helpfulness. But I don’t have the slightest chance of being able to get official approval, as I shan’t know what flying I want to do until I get there.

Also, being a Good Citizen, I contacted the travel agency which is organising the sailing part of the holiday, to let them know that I was attempting to get approval for drone photography of the coastal views of where we shall be travelling (I know better than to attempt aerial photography over the towns).  The response was that they weren’t altogether comfortable, as some people on the boat had specifically asked not to be in photographs.

I hadn’t been planning to take photos of people on the boat at all, with camera or drone.  Now, though, the devil in me is saying “go on – take photos of everyone.  After all, if we’re visiting a town and wandering about in public, you’re quite entitled to take photos of whomever and whatever you like.”

So, reluctantly, I have decided not to take the drone with me.

This is the second holiday when I have decided not to take the drone because of local regulations which stifle recreational use of drones.

It seems that the UK is a good place for recreational drone flying.  Why are other countries so down on it? (Though I note that Spain has relaxed its previously draconian regulations.)

You know, in some ways I wish I had the nerve (or the disregard for protocol and the wishes of others) just to say “the hell with it.” I could have just packed the thing, and at the appropriate moment (making sure I wasn’t offending anyone or putting them in danger) flown for the necessary 10 minutes to get the photos and/or footage I wanted. Why not? Plenty of others have – even in places, such as the Krka National Park, where drone flying is expressly forbidden.

Instead (I’m still sulking, you understand), my thoughts are more turning towards selling the drone, because flying one legitimately is such a fucking ball-ache.

4 thoughts on “The photographic penalties of abiding by the law”