One of the things that the Galapagos is known for throughout the world is its giant tortoises, and they would be the climax of today’s excursion, on the island of Santa Cruz. This is one of the few populated islands in the archipelago and its principal town, a pretty place with a population of 24,000 called Puerto Ayora, is where we found ourselves in the morning – our first sight of “civilisation” (and the first mobile signal) since we set sail on Sunday. 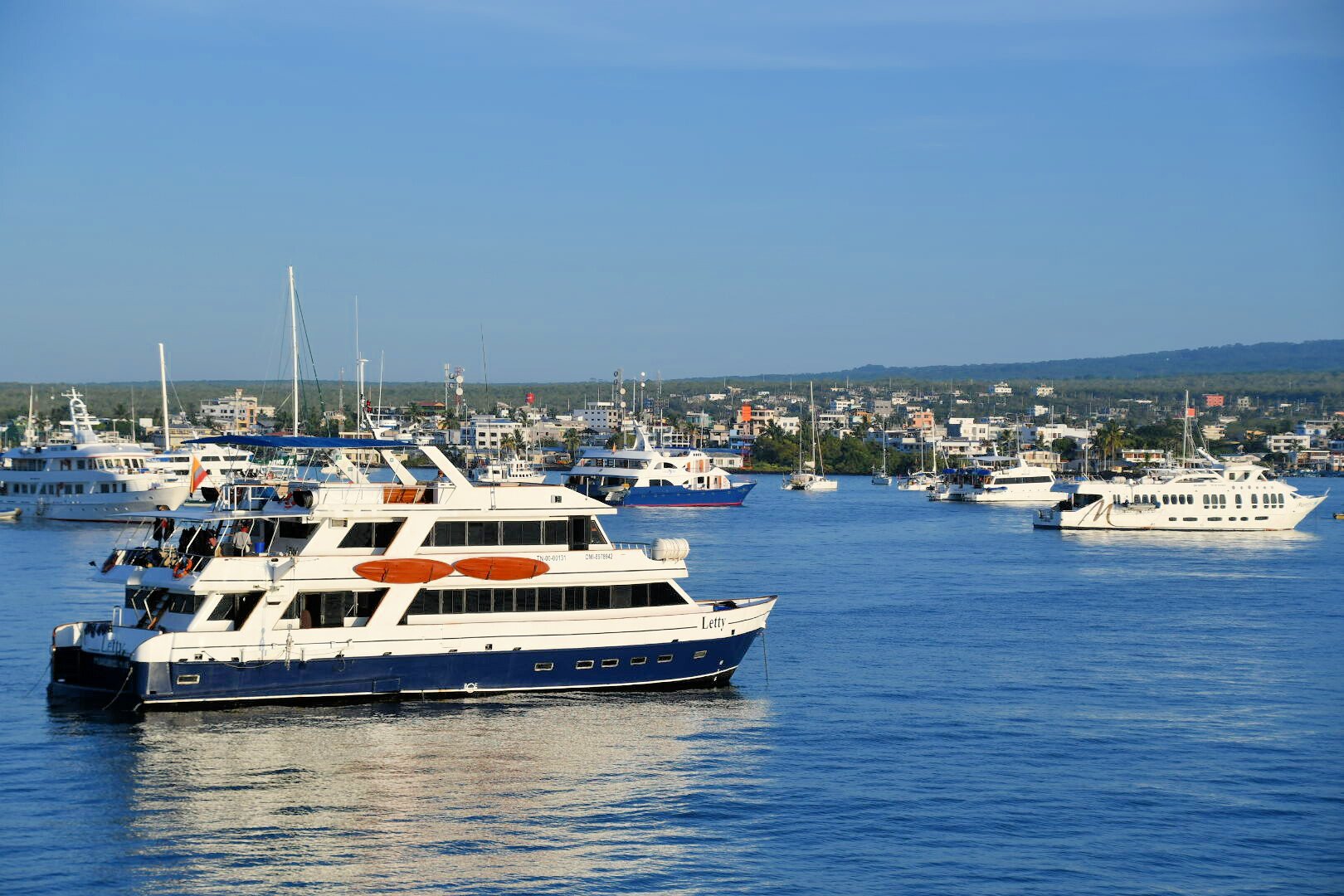 So off we went to the town, boarding a bus for a 35-minute drive, with the highland part of the island our main objective. En route, we stopped off at a couple of locations of interest, such as a pair of sinkholes in the centre of the island. These may look like volcanic craters, but they’re not; they’re simply the result of the collapsed roof over a bubble that formed in the magma of some eruption in the island’s history.

The first one is at the start of a walk through a forest which features many of the various varieties of Darwin Finch, although I could never see them to photograph them. I did catch (but not kill) a mocking bird 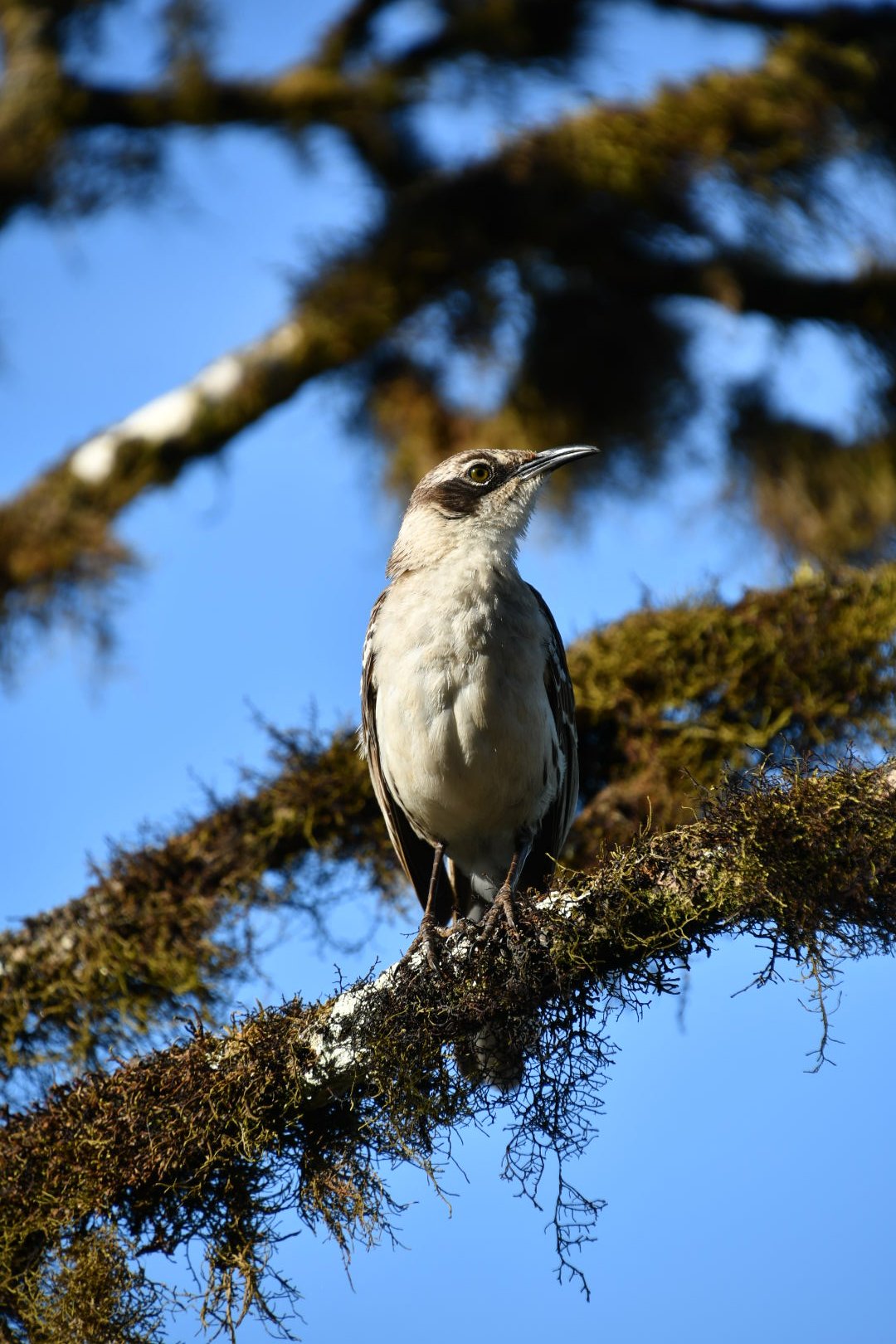 but that was the extent of my ornithological photography.

The first hint of the tortoises on the island had actually come within a few minutes of setting out on our bus journey – one was simply beside one of the roads (and there were “beware tortoise” road signs in some places, too). Another hint was in the organisation of fences between fields, which are “living fences” based upon willow or birch simply rooted into the ground, but note that the lowest wire is a good distance off the ground; this lets the tortoises roam freely, as no-one is actually allowed to own a tortoise on this island. 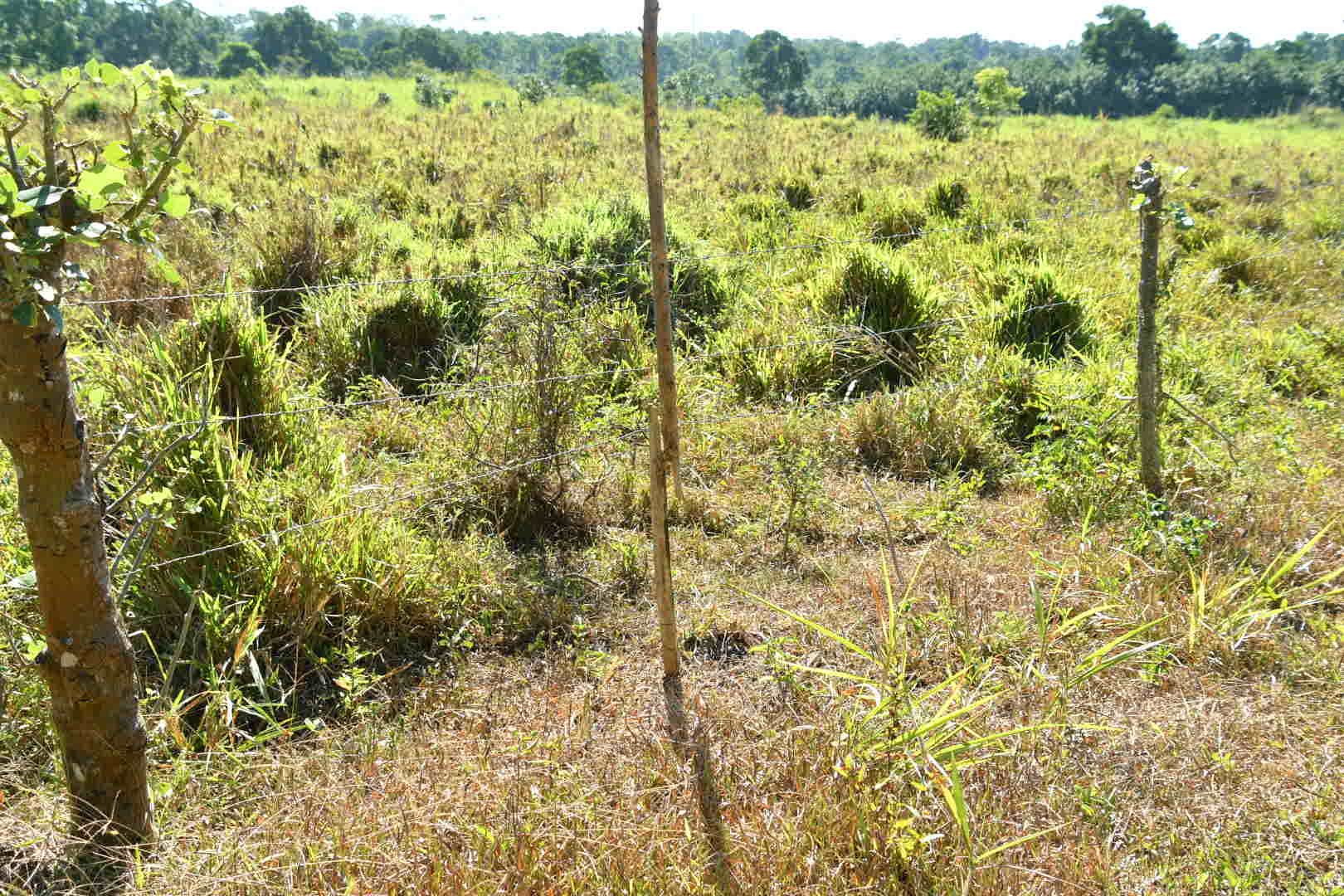 This was among many facts explained to us by our other naturalist guide, Malena, in her educational session about tortoises at an educational centre where many can be found. 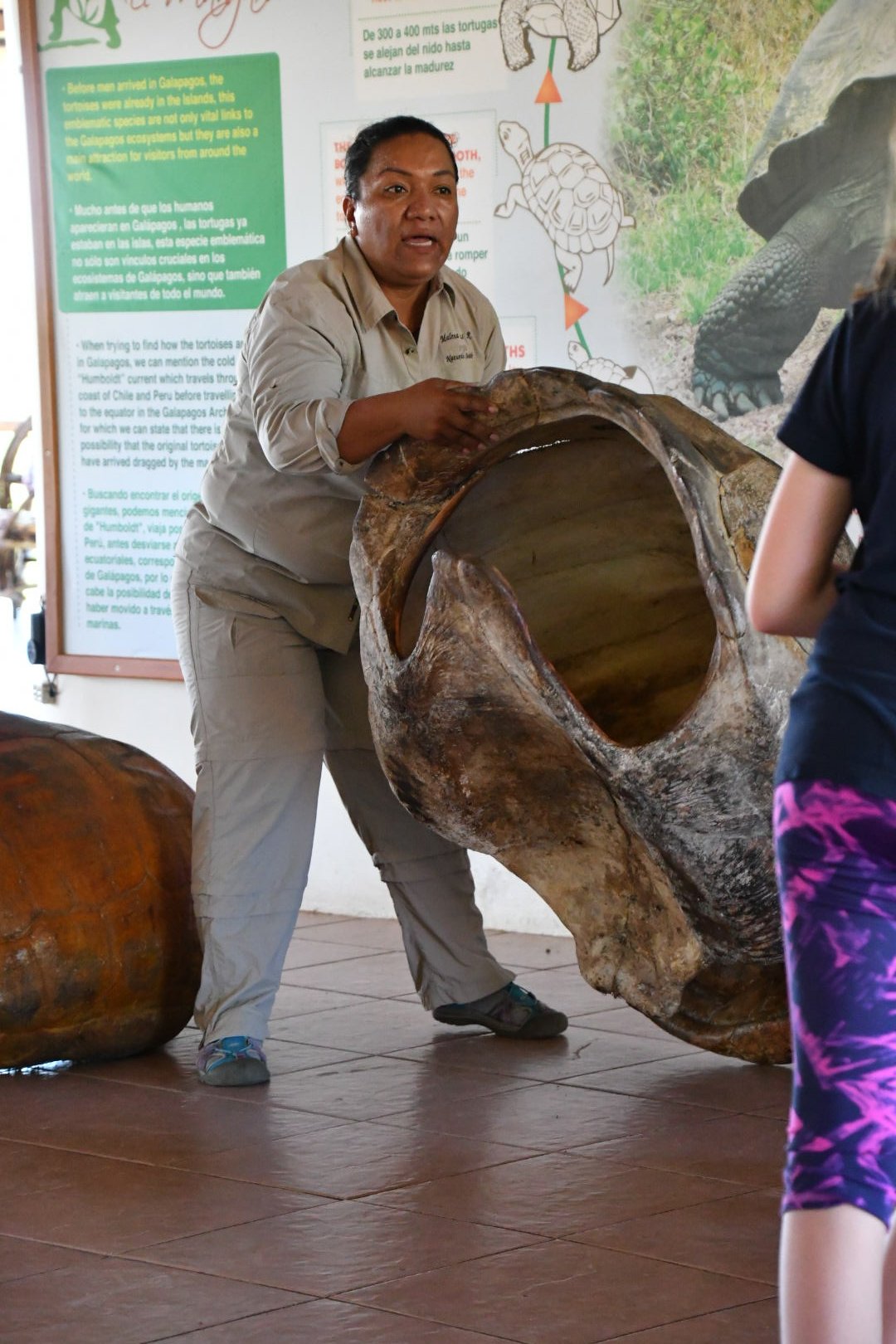 This was also an opportunity for some of the kids in our ship’s party to play games with seeing what it was like to be a giant tortoise. 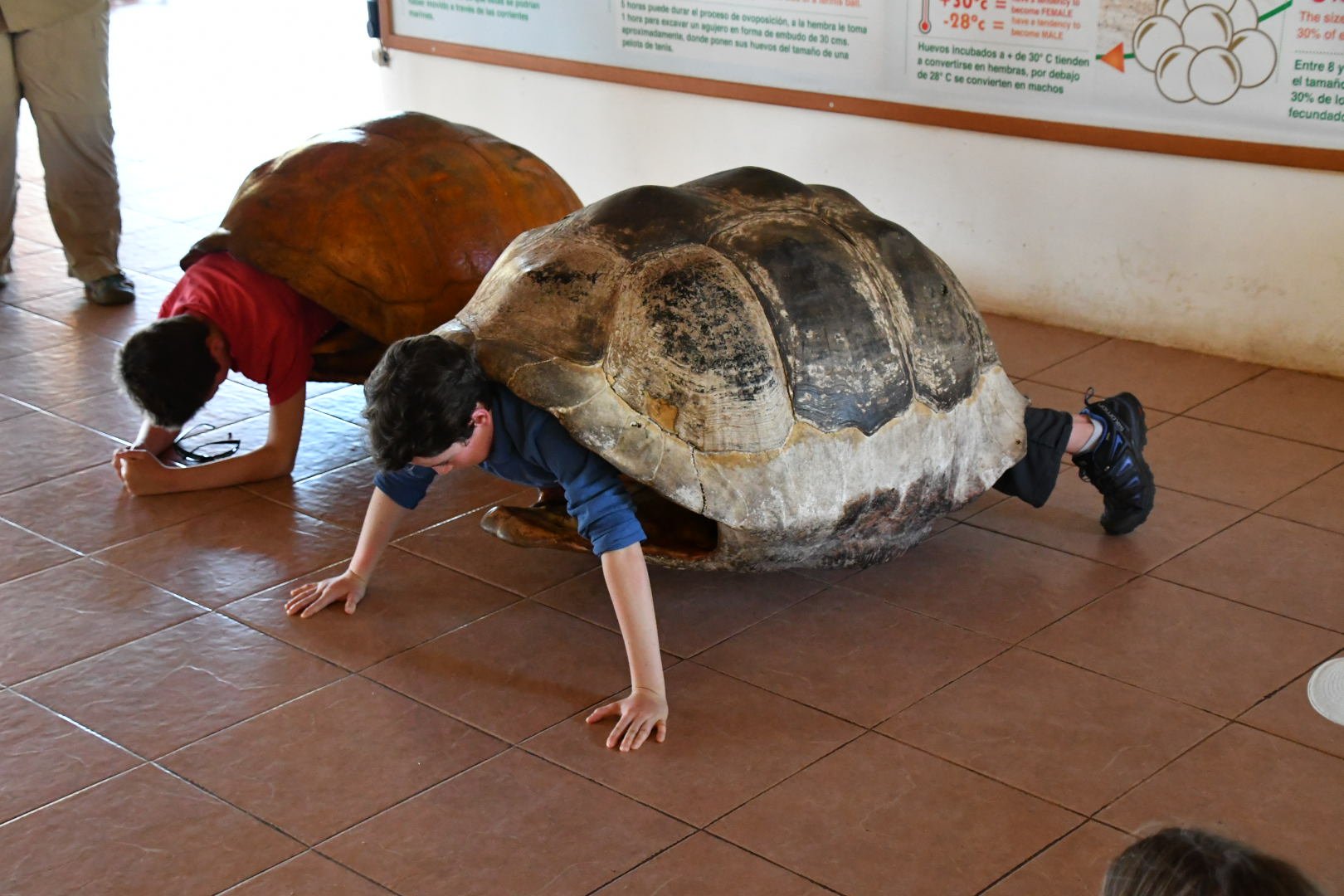 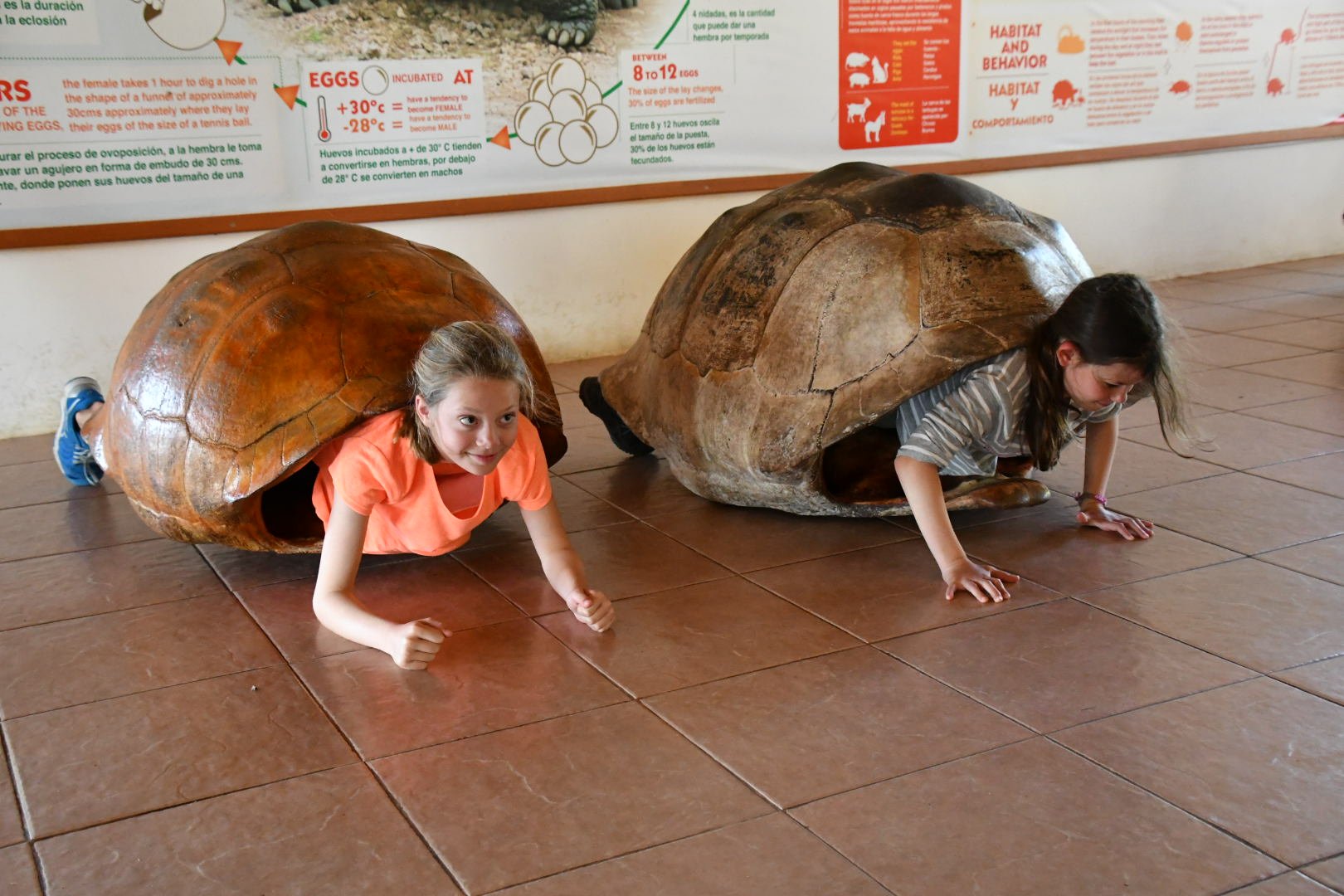 Eventually, we were let out into the grounds, where we saw several giant tortoises. Some were by a pond

and others were simply roaming around.

The rest of the day was taken up with excursions to the local beach or the town itself (which offered the opportunity of a long drink at the well of internet goodness).

Jane’s afternoon’s excitement revolved around the Charles Darwin Research Station on the outskirts of Puerto Ayora, where the various island species of giant tortoise are reared as hatchlings and repatriated 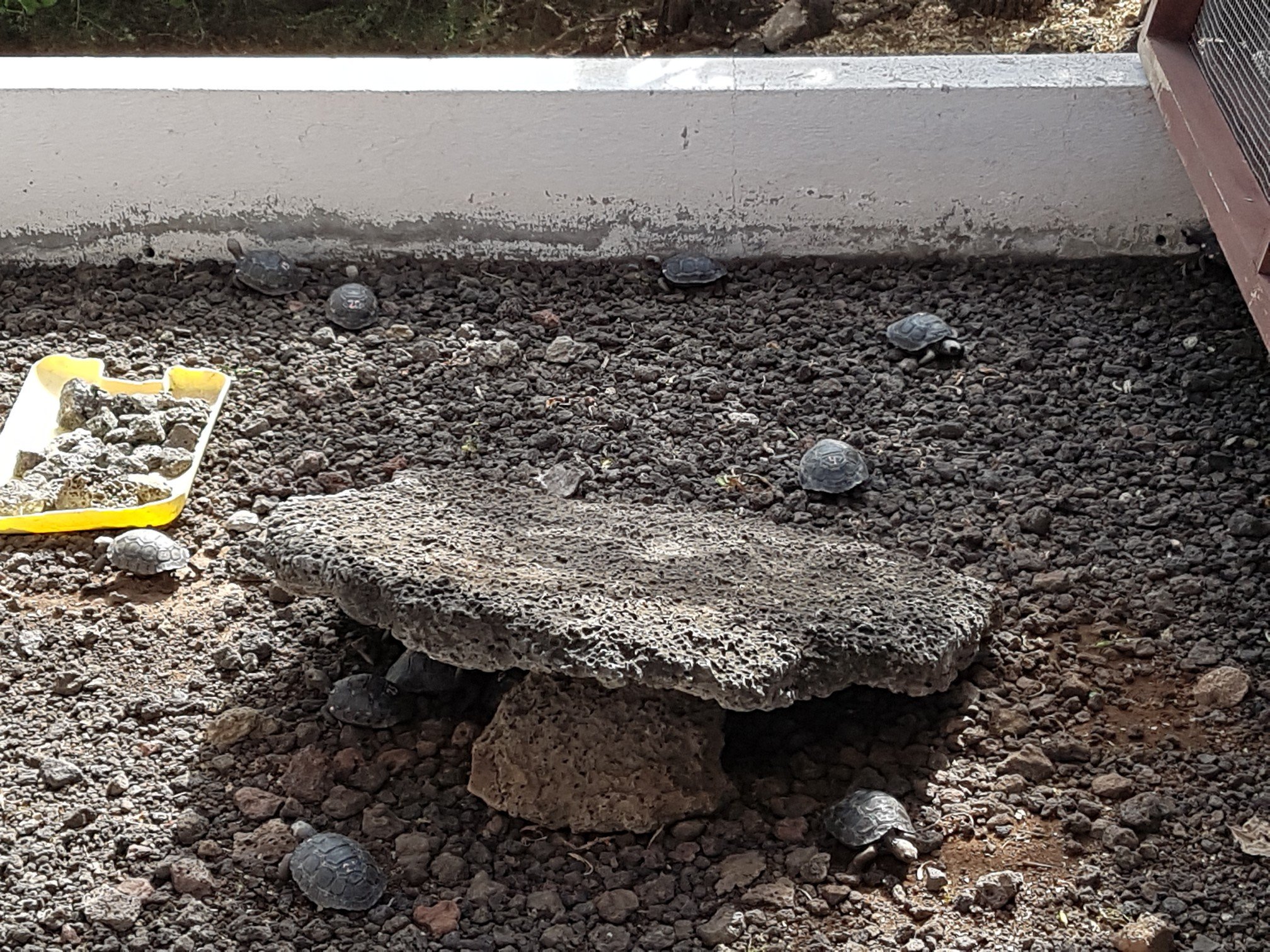 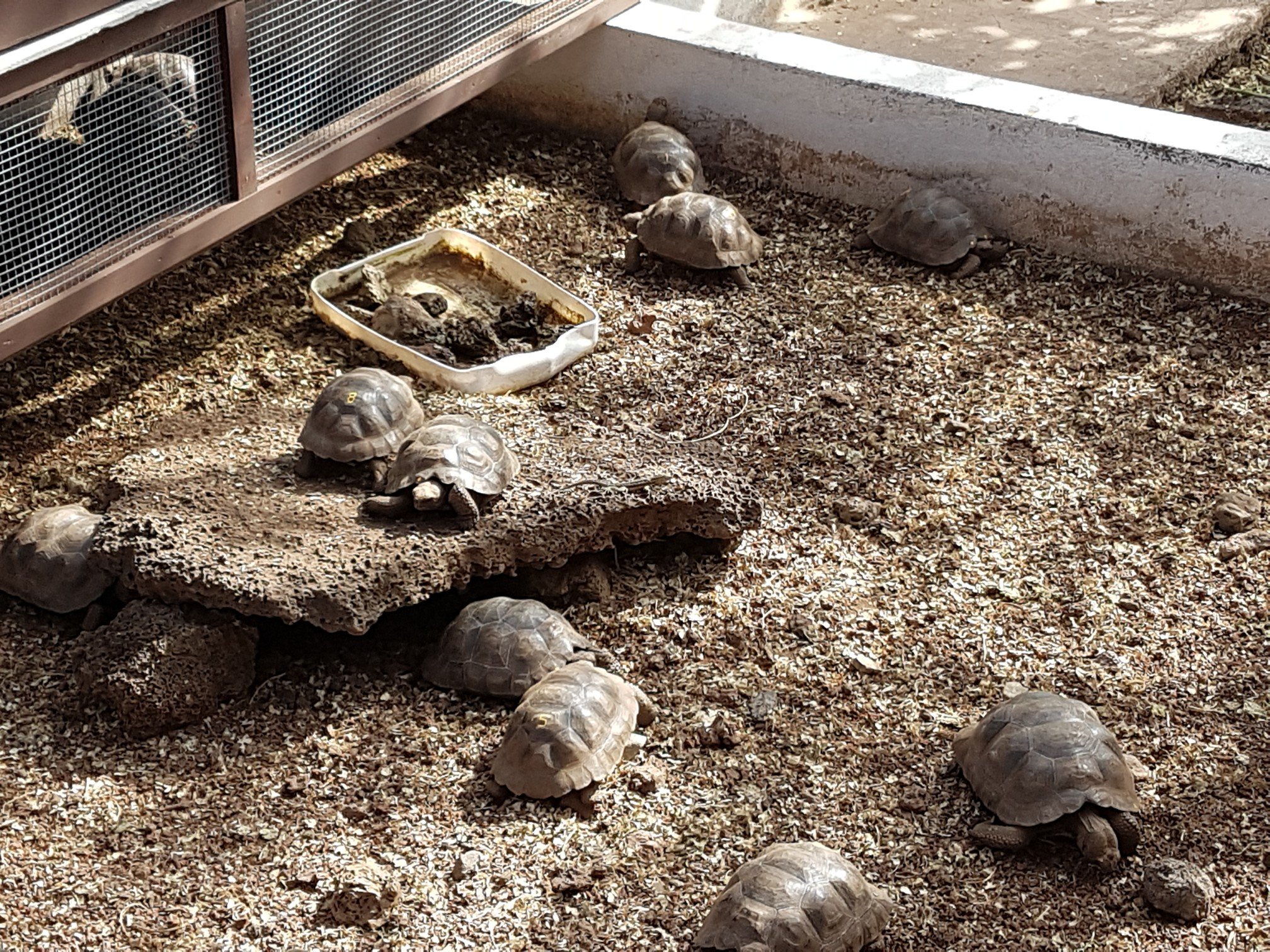 and more mature individuals are kept for research. 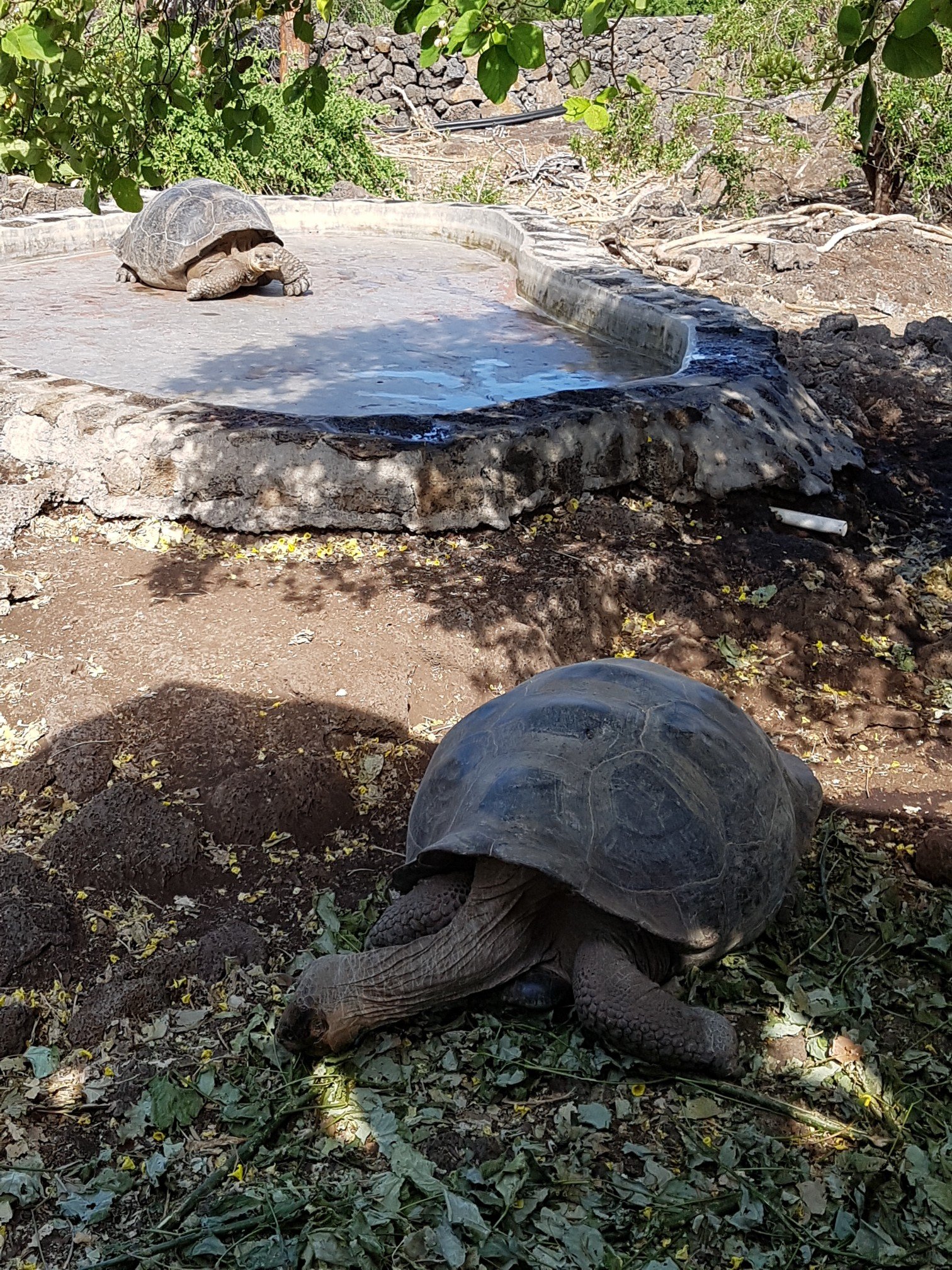 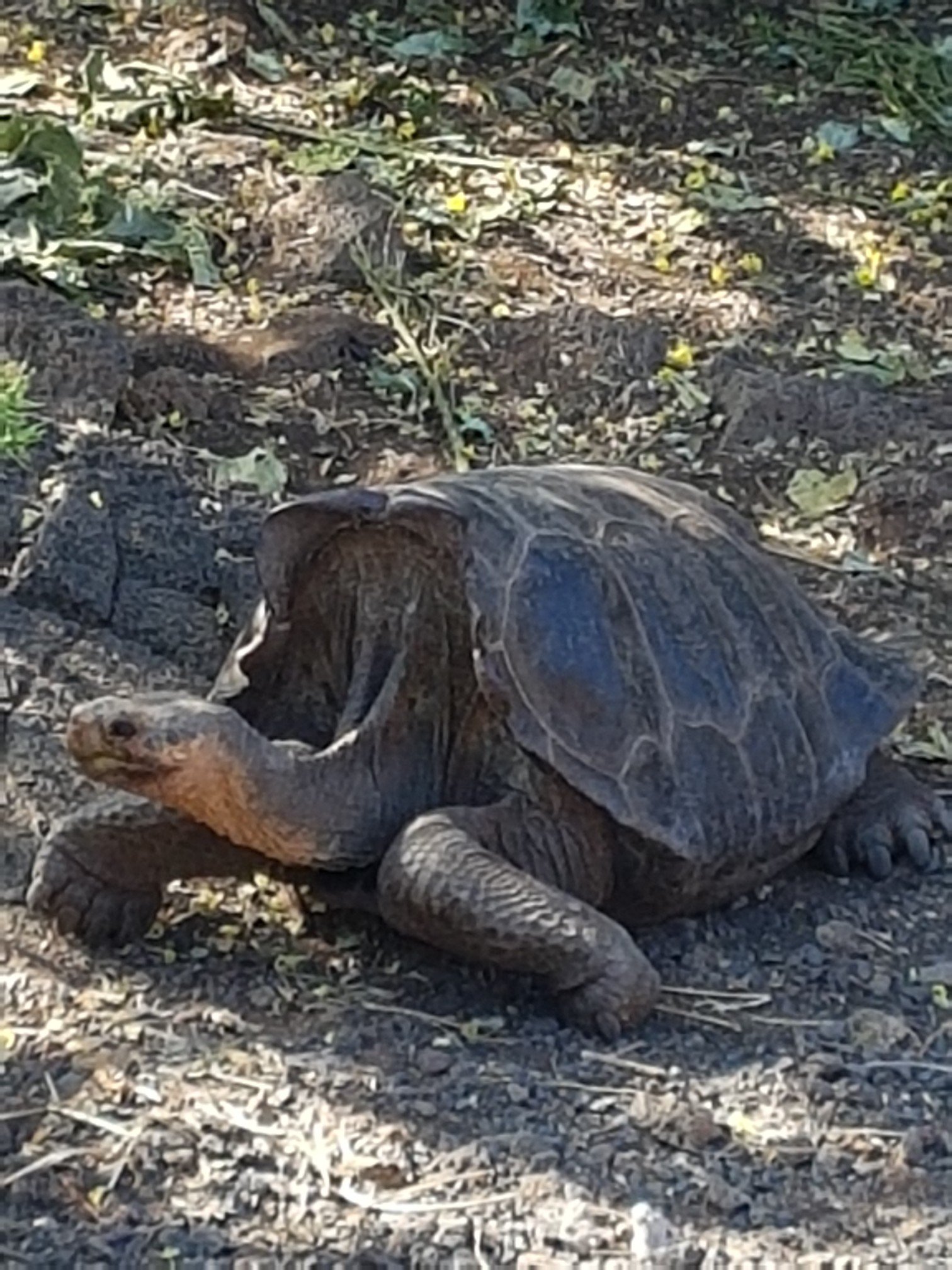 it is also the last resting place of the famous Lonesome George who died, the lone representative of his species, at the not-so-ripe old age of 100. He was then well and truly stuffed and returned to a purpose built, humidity and light controlled exhibit where he stands as a reminder of the fragility of nature in the face of mankind’s thoughtlessness… 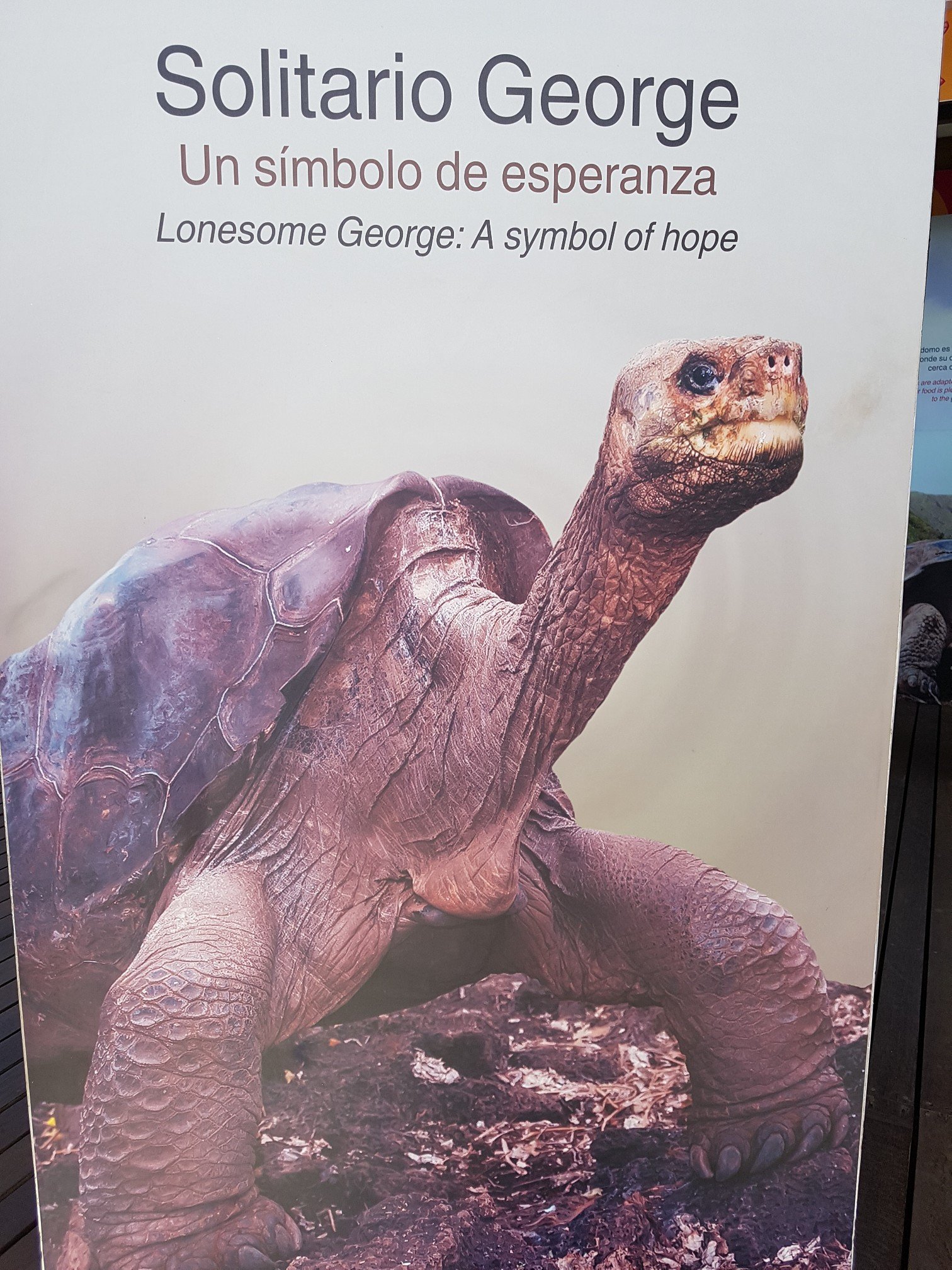 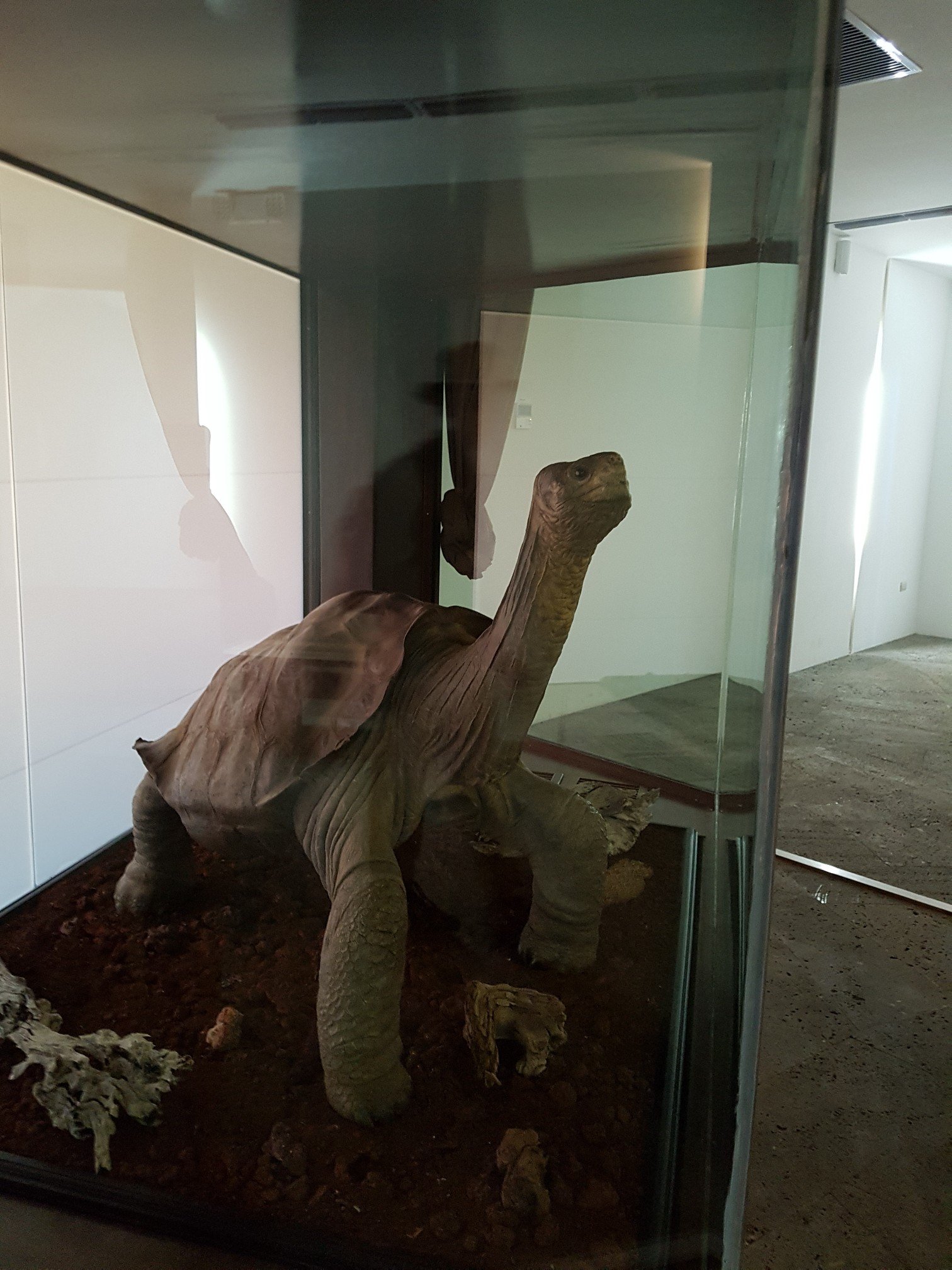 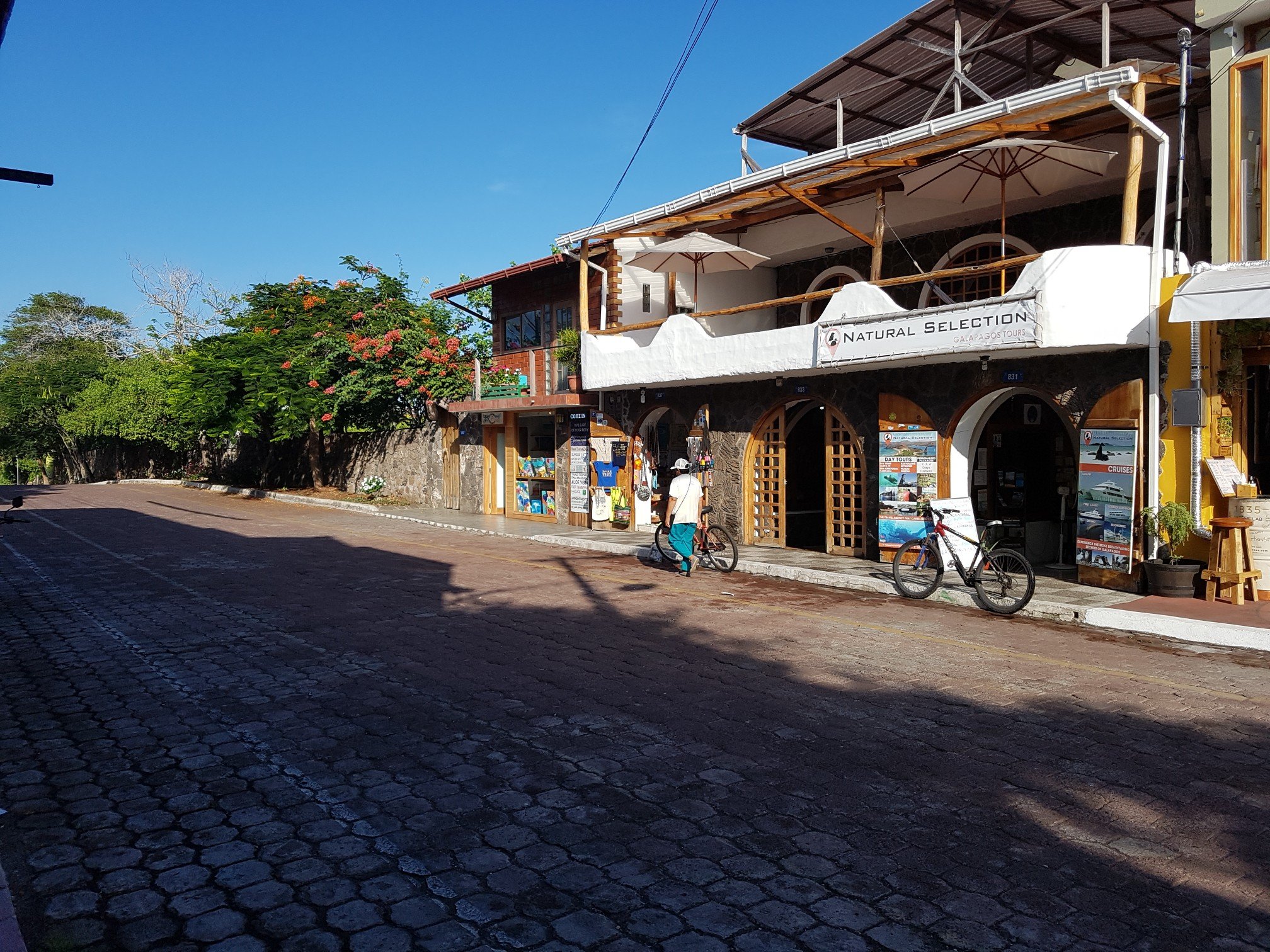 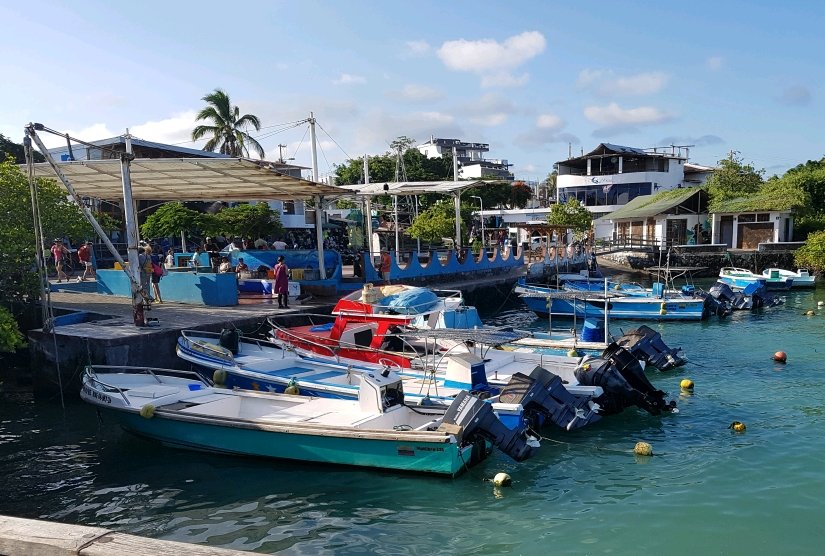 with wildlife visible at every turn 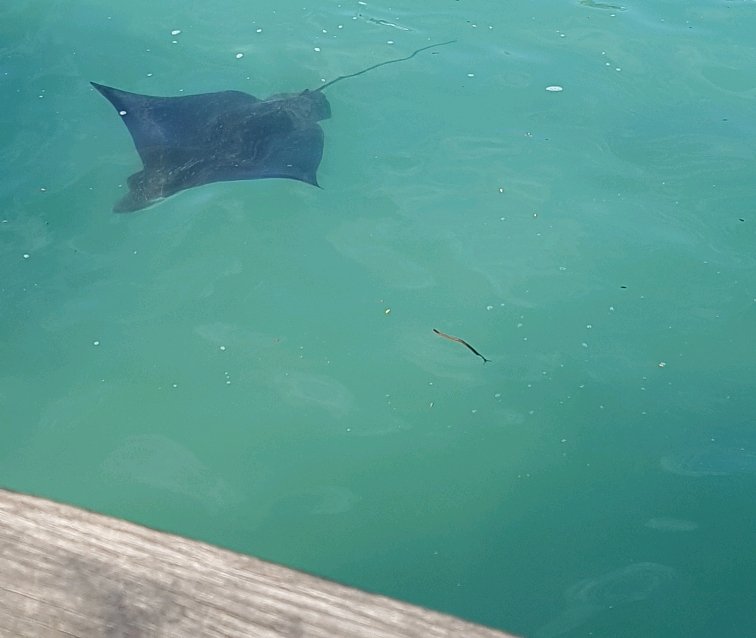 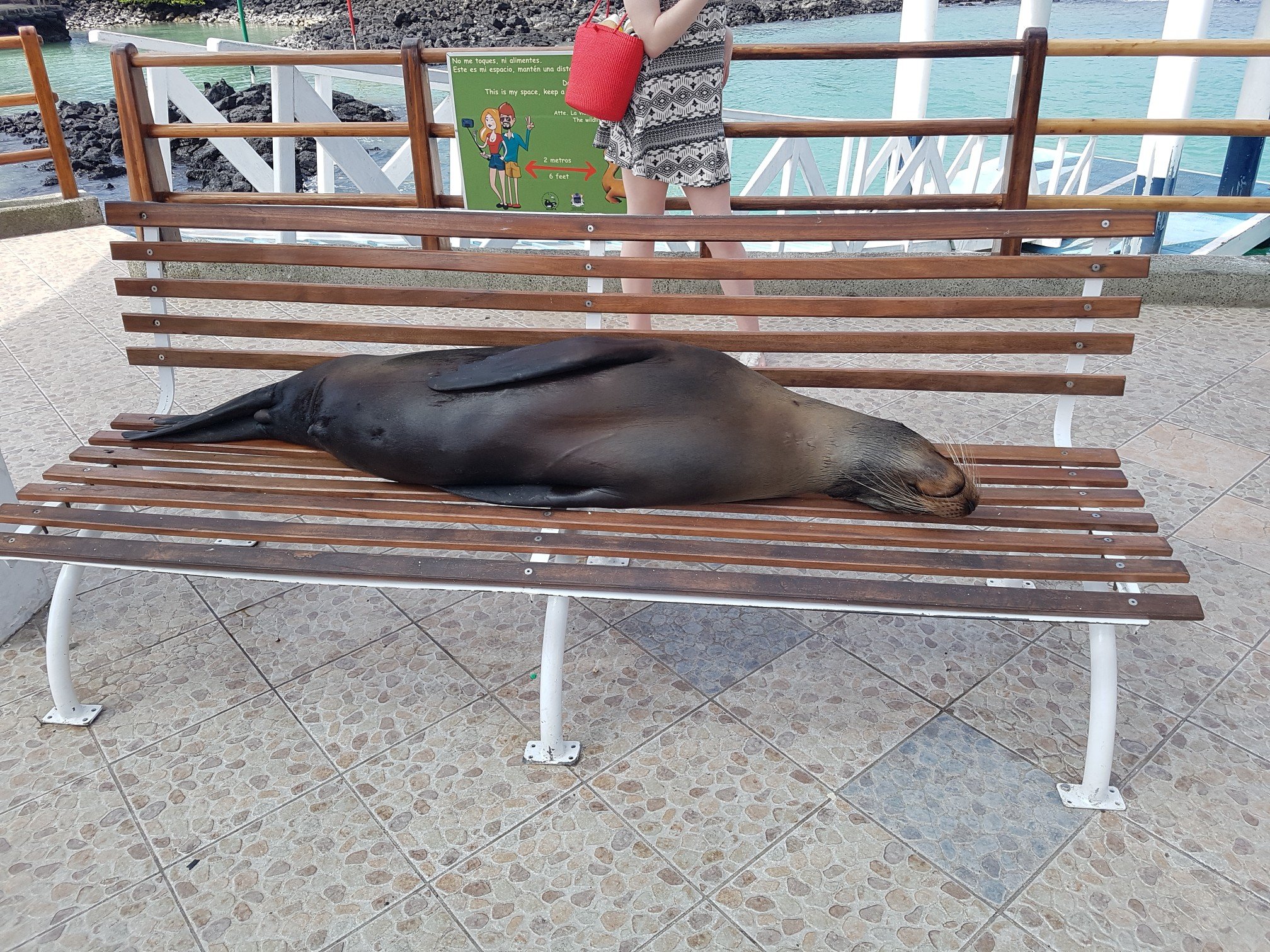 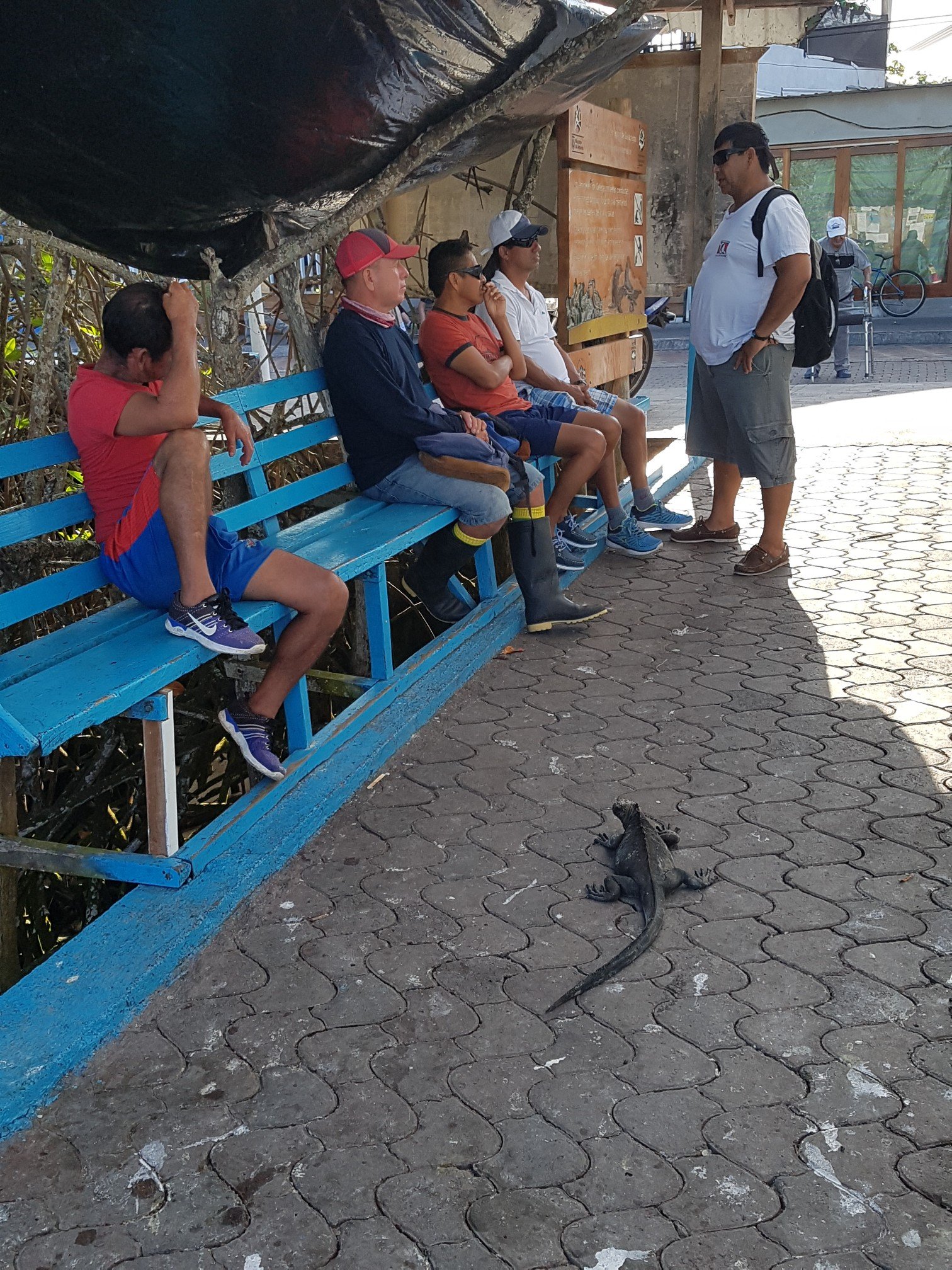 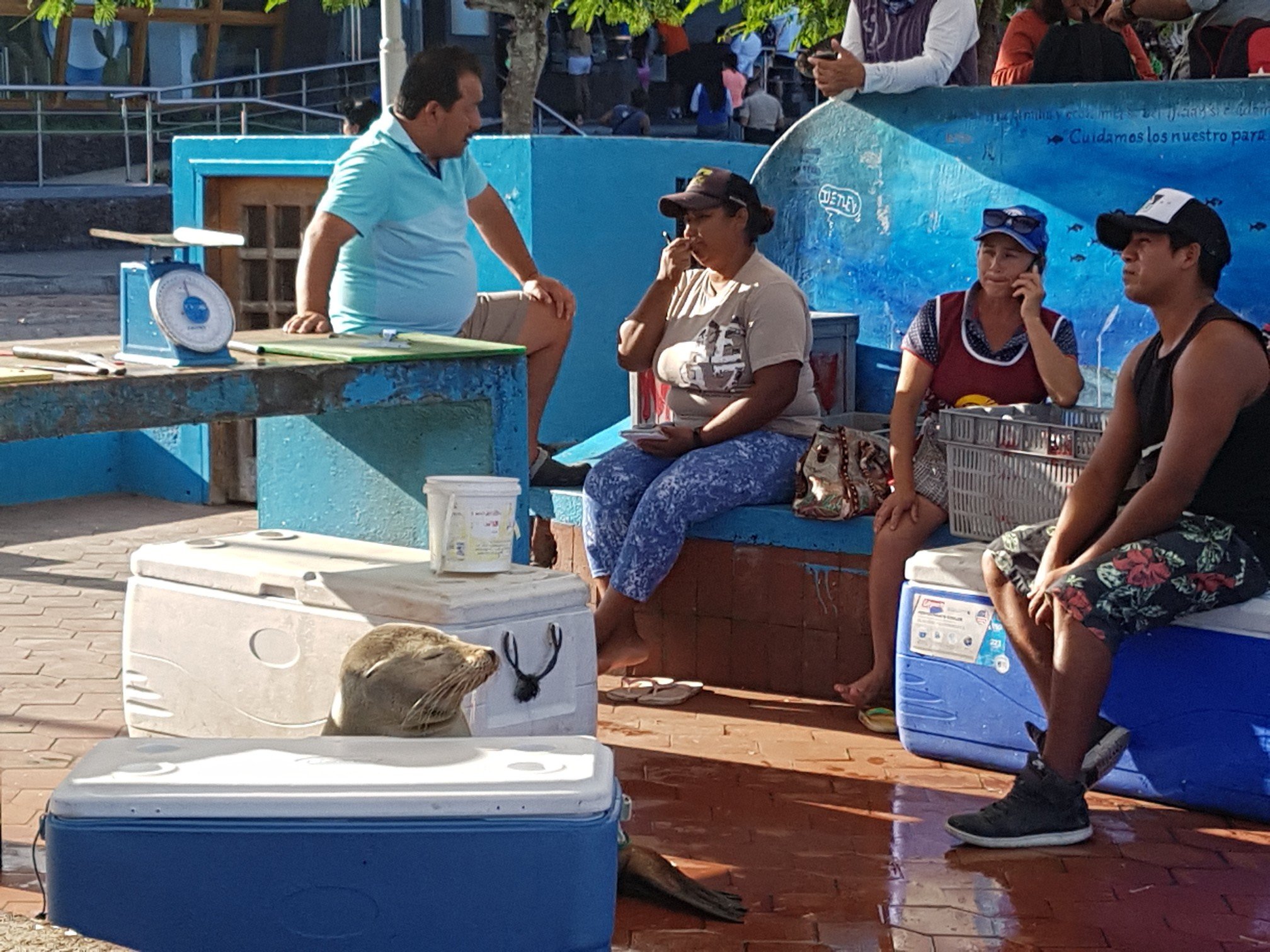 And so the day ended with the “giant tortoise” box well and truly ticked and it was, once again, Time For The Bar.

1 thought on “Galapagos 5 (Thursday): What they tortoise”