Wednesday September 29 2021, evening – We’d just got to the point where we were on our way out for an evening meal at the Moli des Comte; this place. 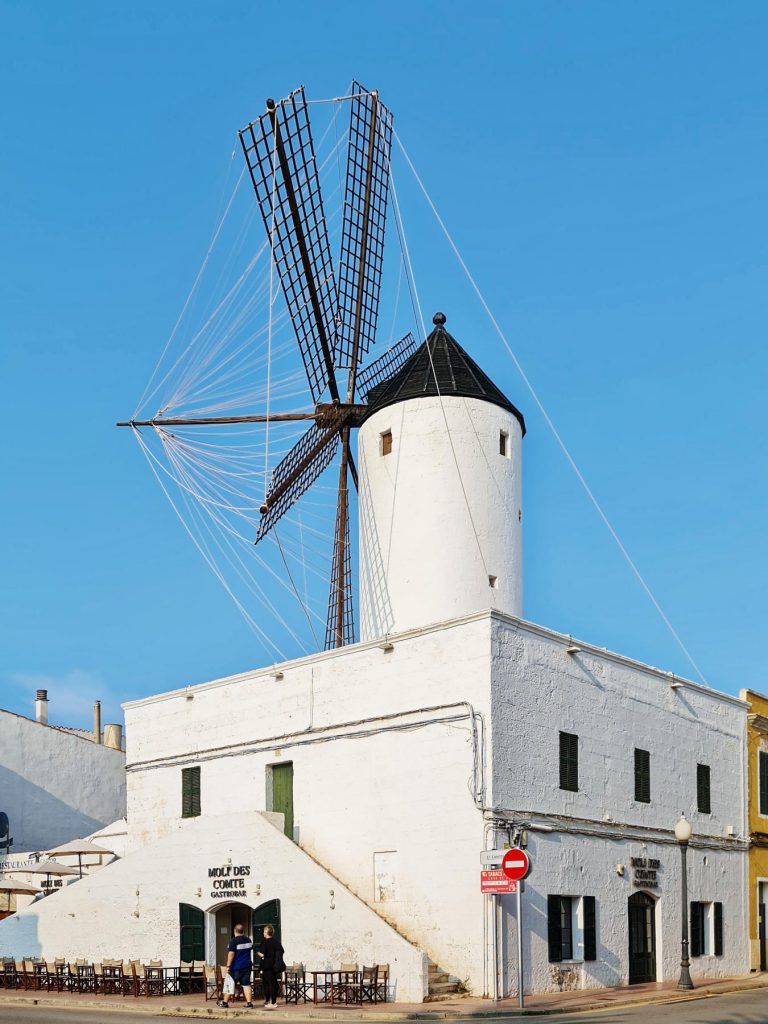 On the way there, I took the opportunity for a few more photos of Ciutadella in the late afternoon light. 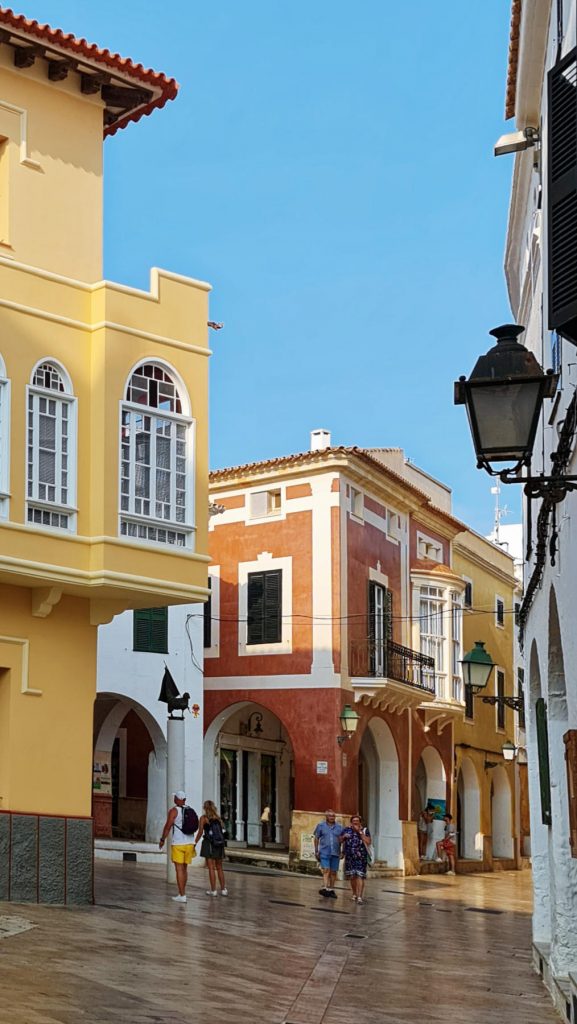 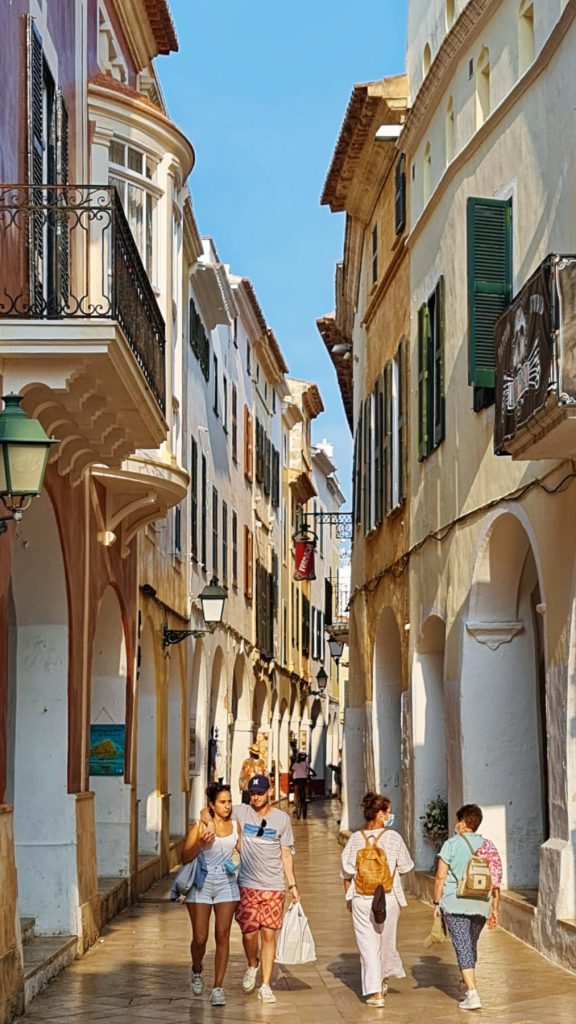 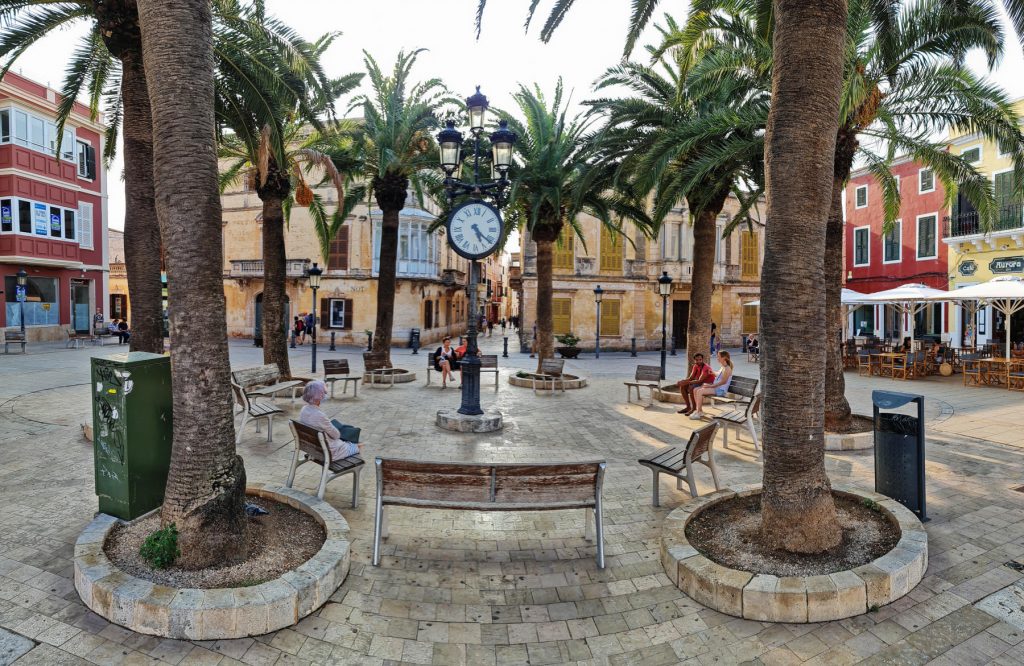 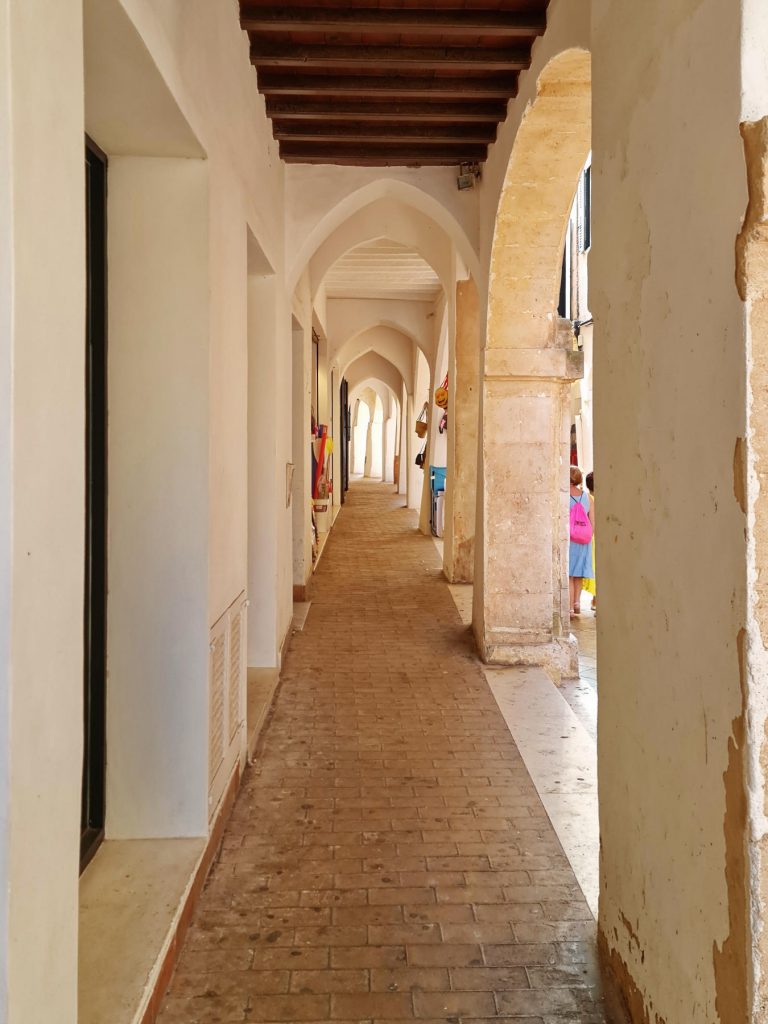 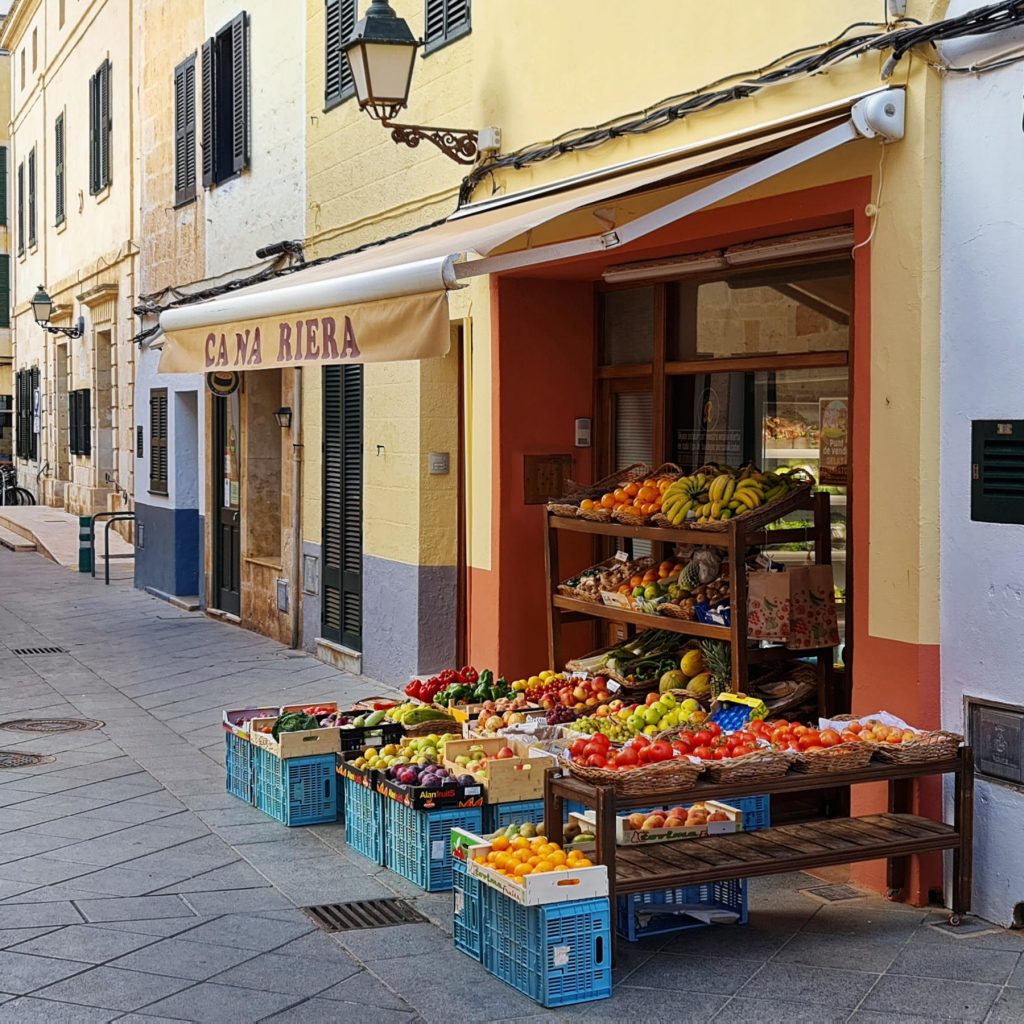 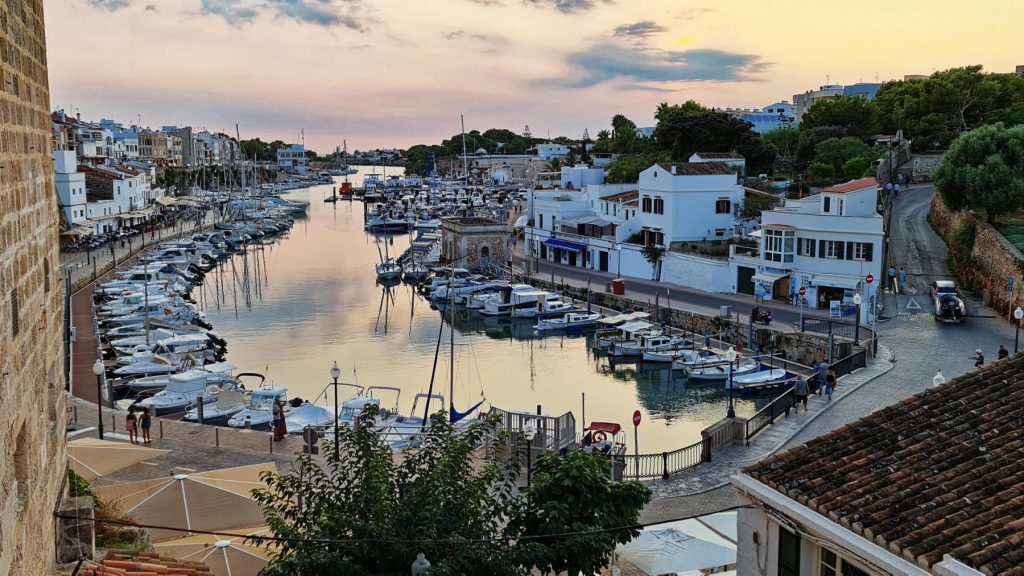 The Municipal Market was a nice source of cityscape-type shots. 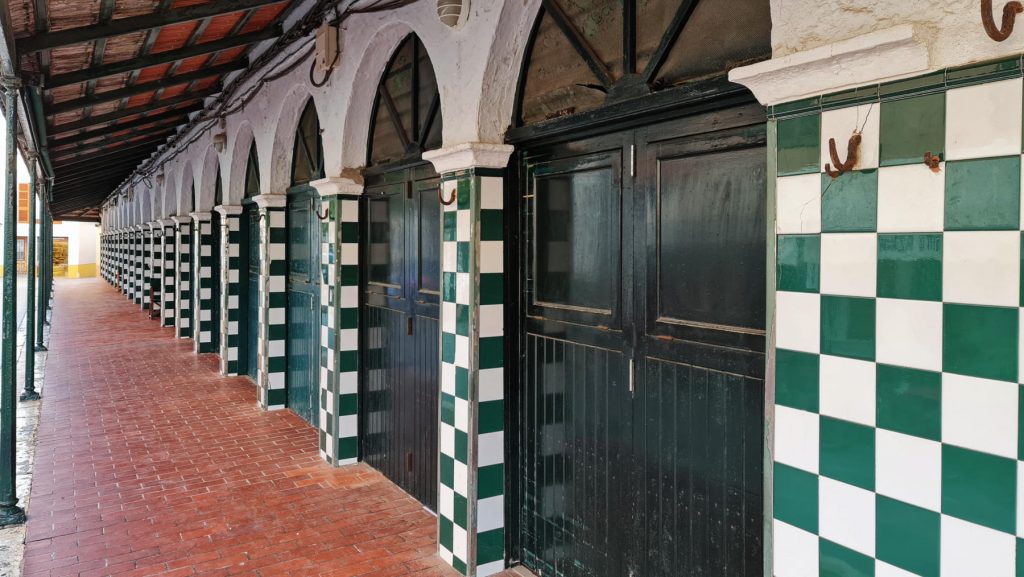 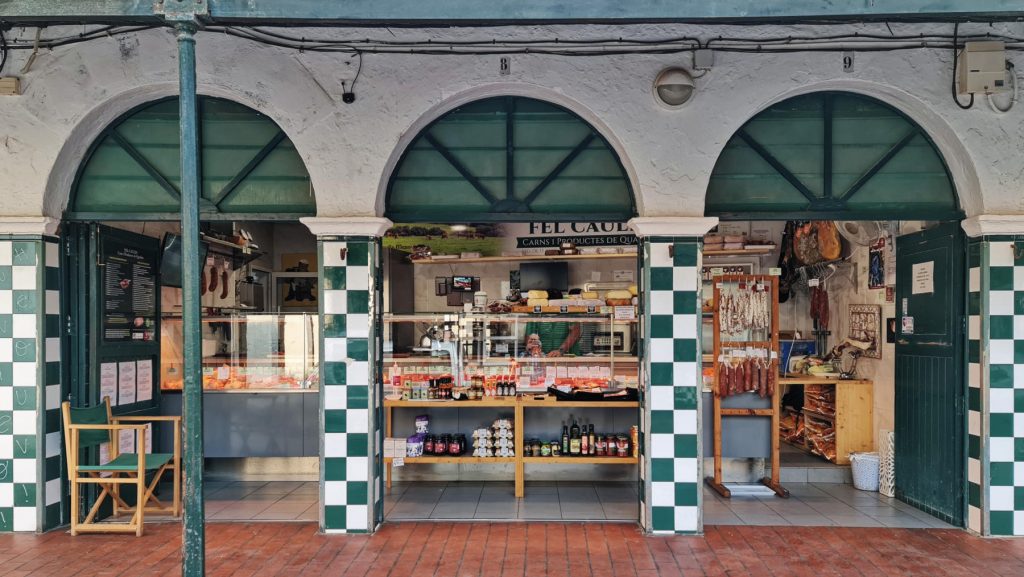 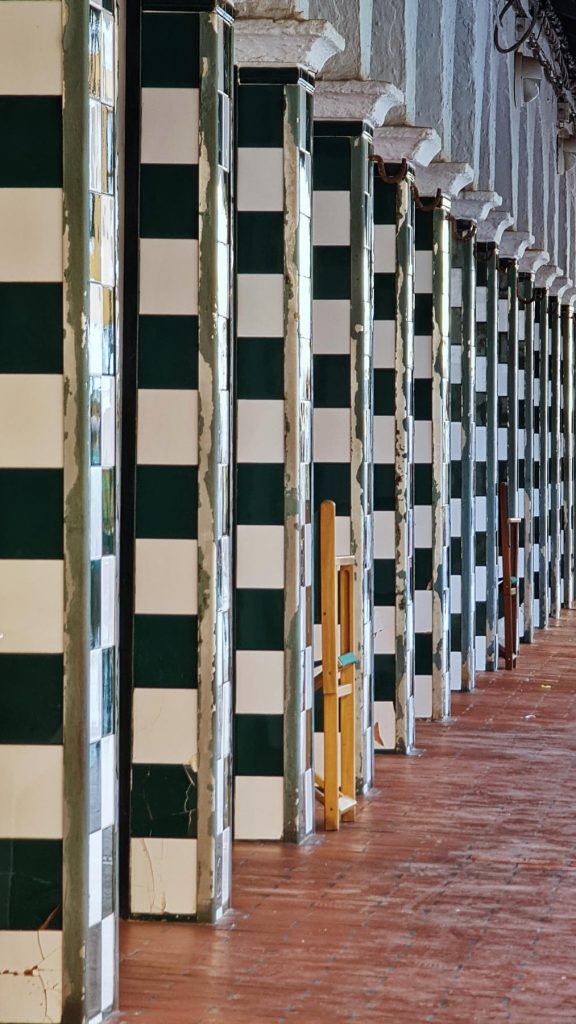 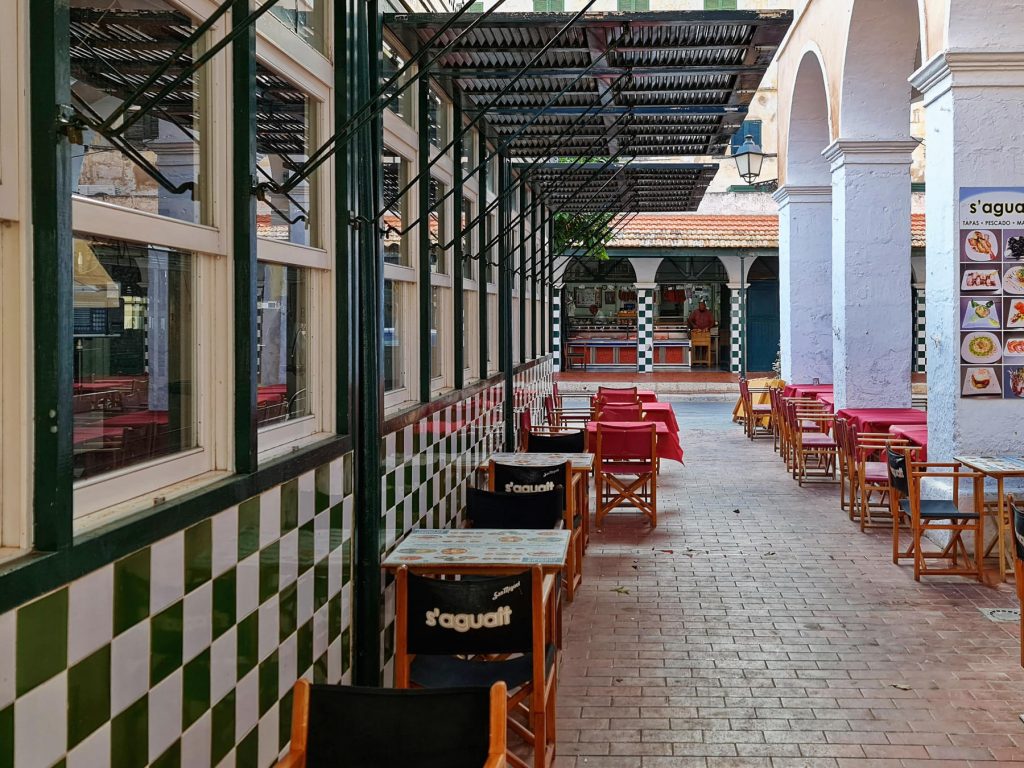 We got to the Moli in time for a gin (OK, two) before we ate – in typical Spanish style, the earliest time that dinner was served was 8pm. The inside of the place is delightful 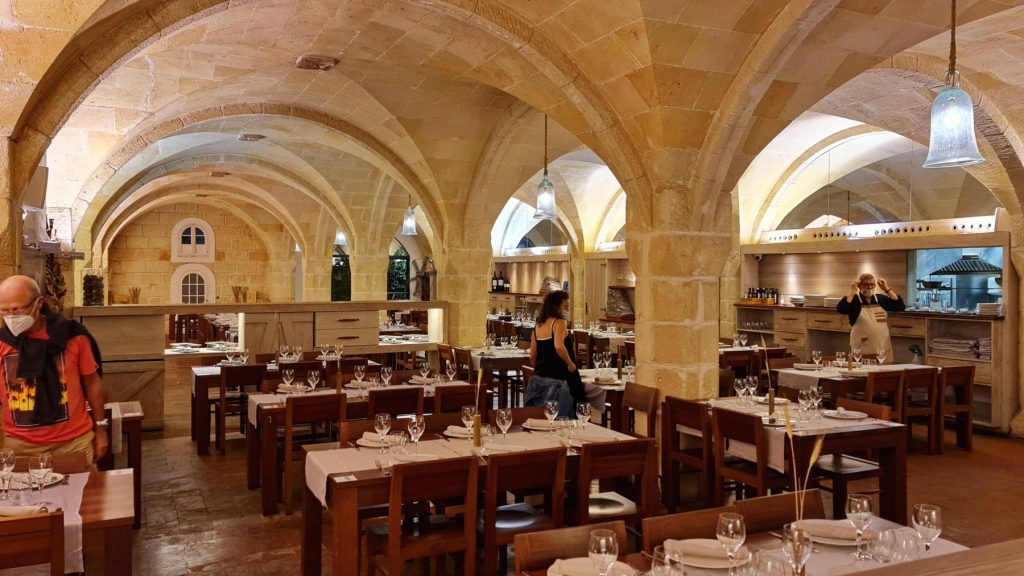 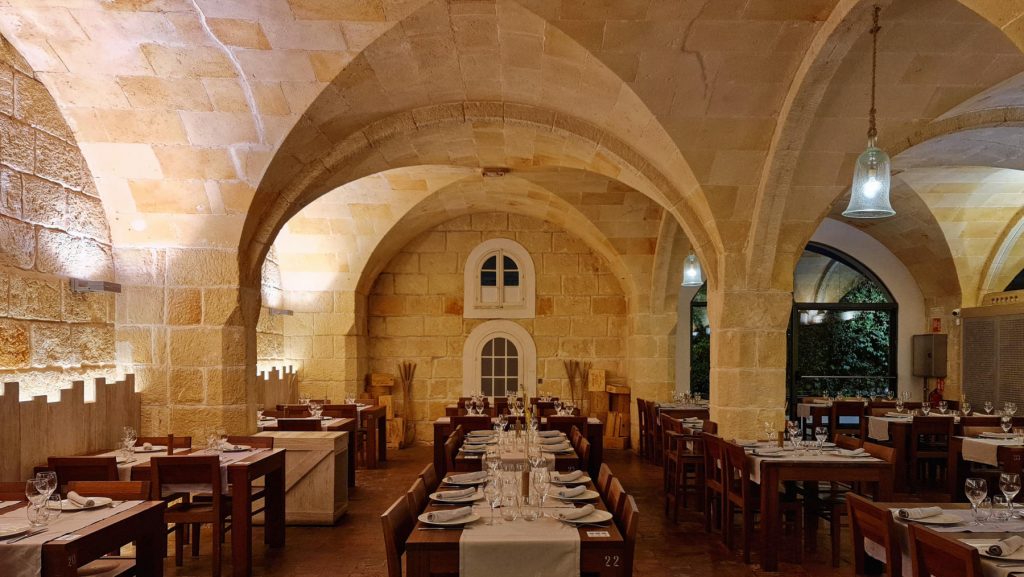 and I don’t feel I can explain its story any better than its menu does: 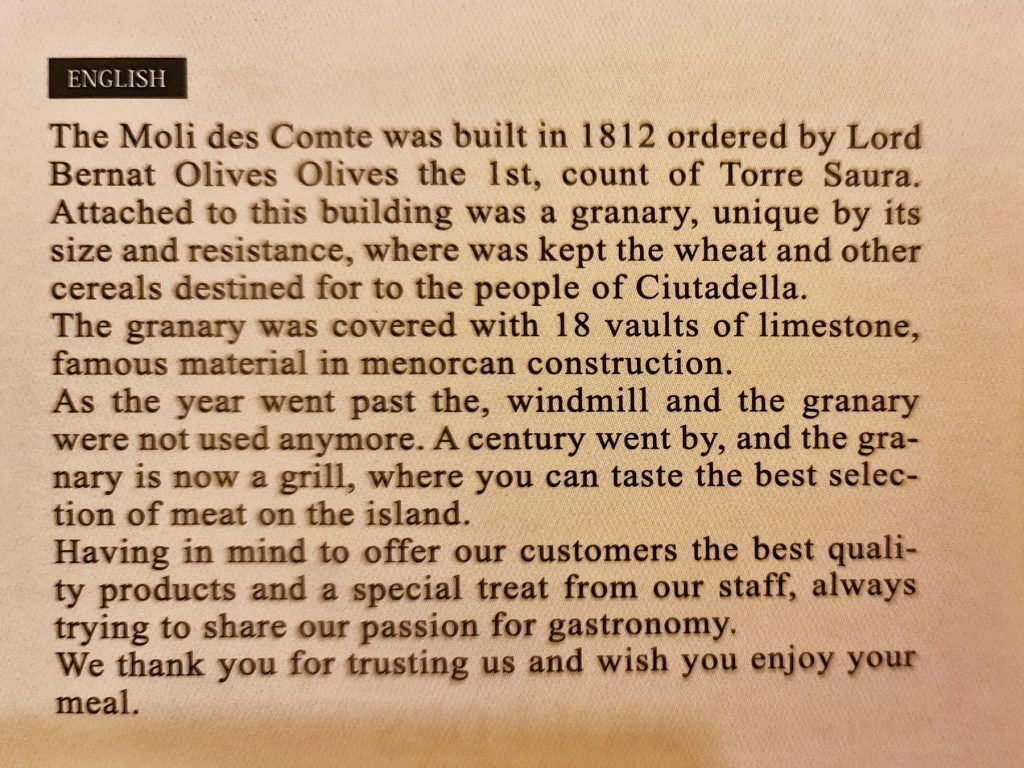 As we got towards 8pm, more and more people were congregating, obviously also expecting to get a table at 8pm. At about 19:59:30, all of a sudden there was a concerted rush for the restaurant area, and I have to confess that Jane and I were caught slightly on the back foot, to the extent that several people got there before we did. However, it did seem that they’d been expecting this rush and so they got everyone seated and menued very quickly.  In fact, the whole thing was very quick – too quick, actually.  We took our seats at 8pm, had starters, main course and coffee – and were back out on the street before 9pm.  The food was very good, but an extra few minutes to appreciate the experience would have improved it enormously.  It’s not as if they were packed out or anything; they just got on with it very swiftly.  This is a bit of a shame.

However, our mild discomfiture is to your advantage, because it meant we had to wander about the city whilst the meal settled.  So, guess what?  Yep, lots more photos, you lucky people, and actually the first set of night photos of Ciutadella I’ve taken.  It was very interesting, seeing it during the evening and picking up the various vibes.  Unsurprisingly, it looks good at night. 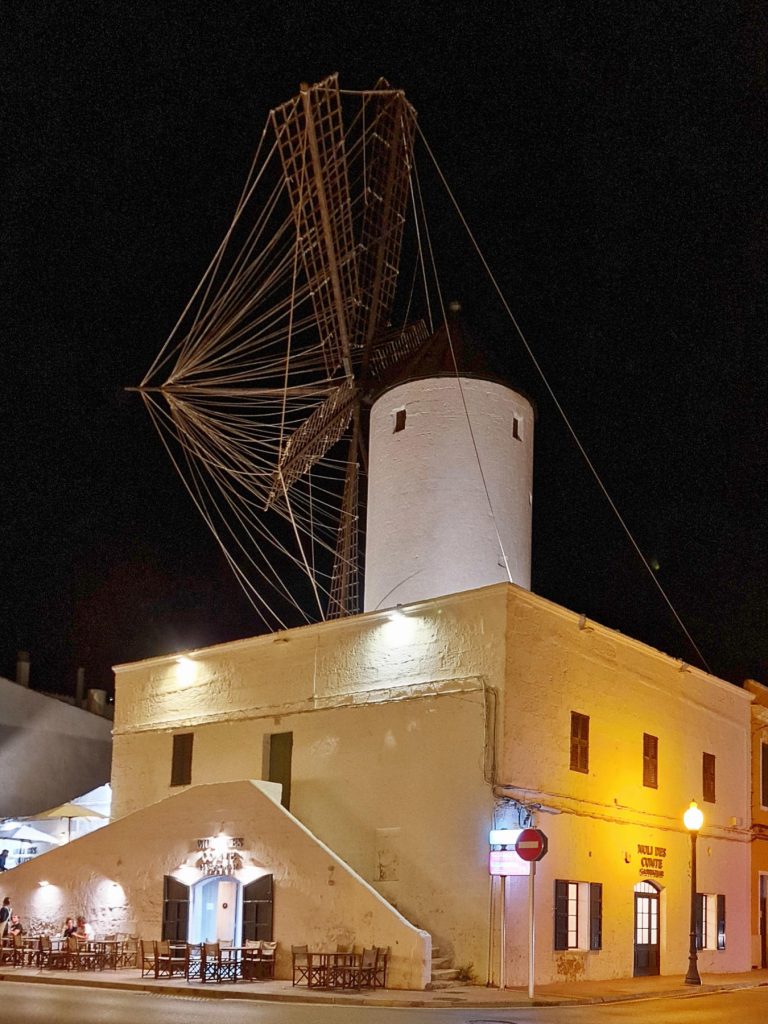 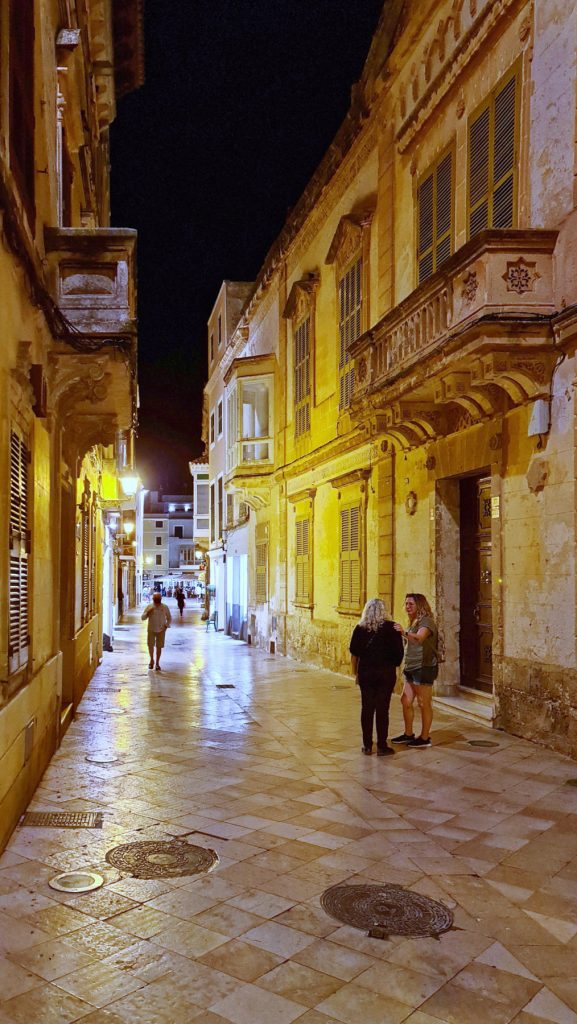 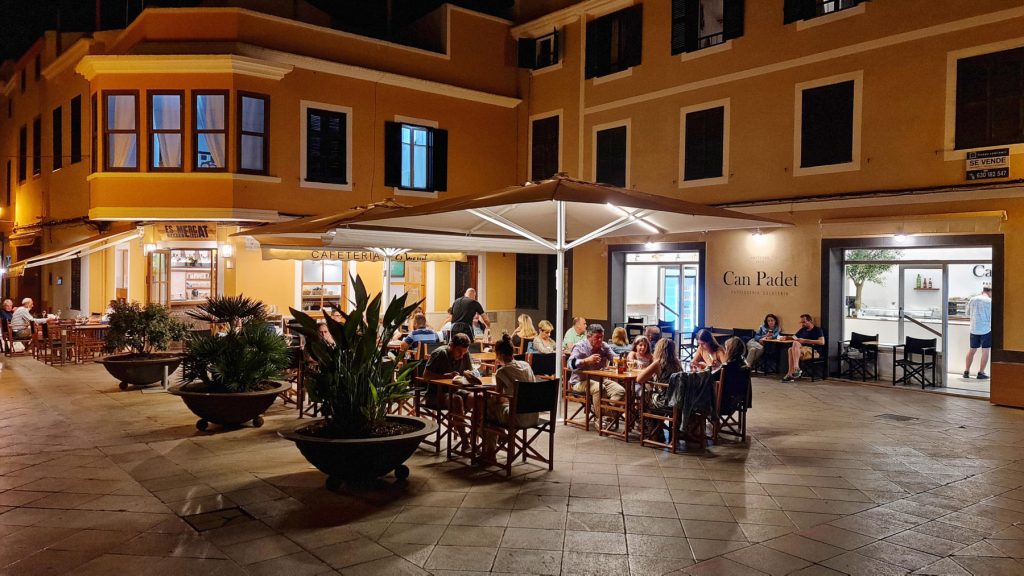 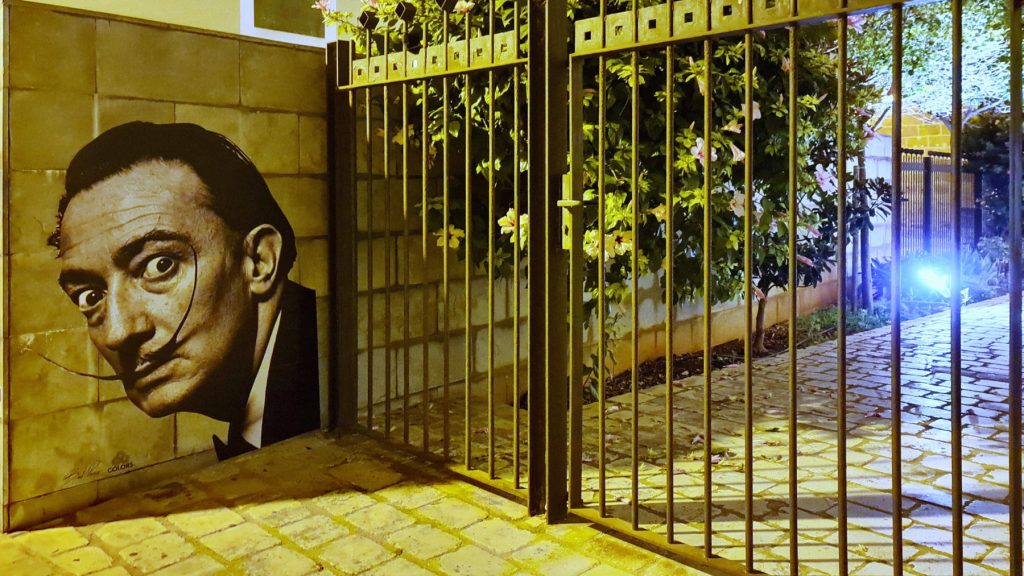 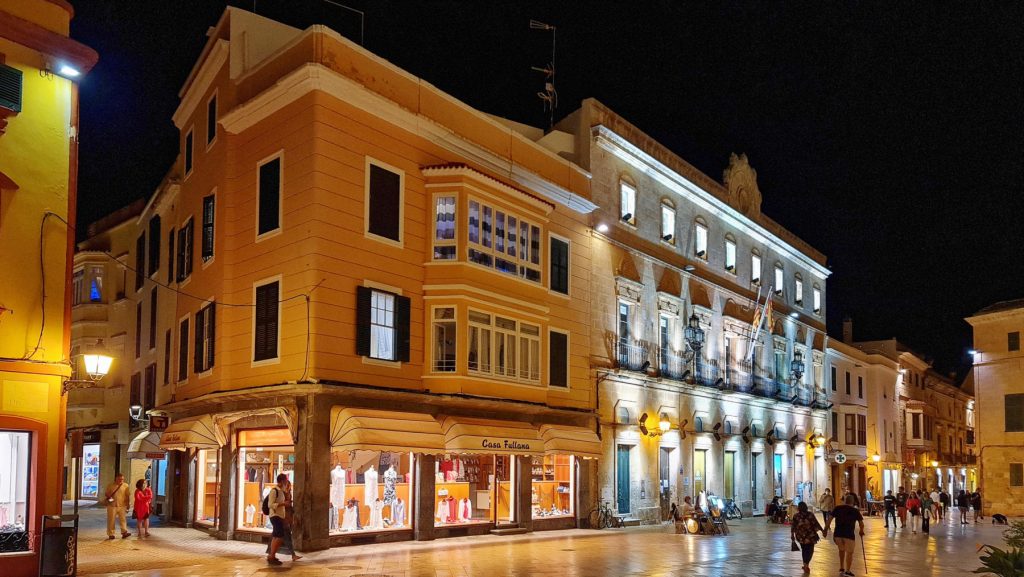 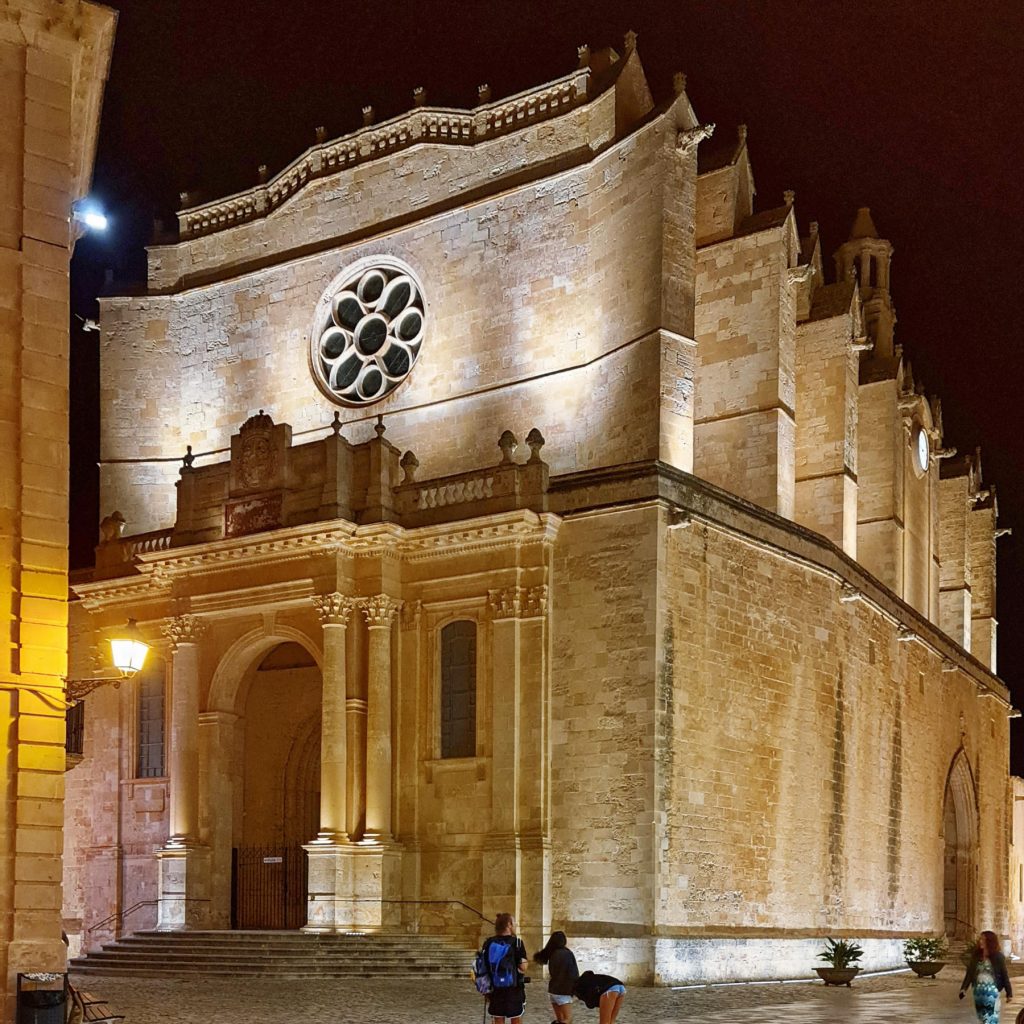 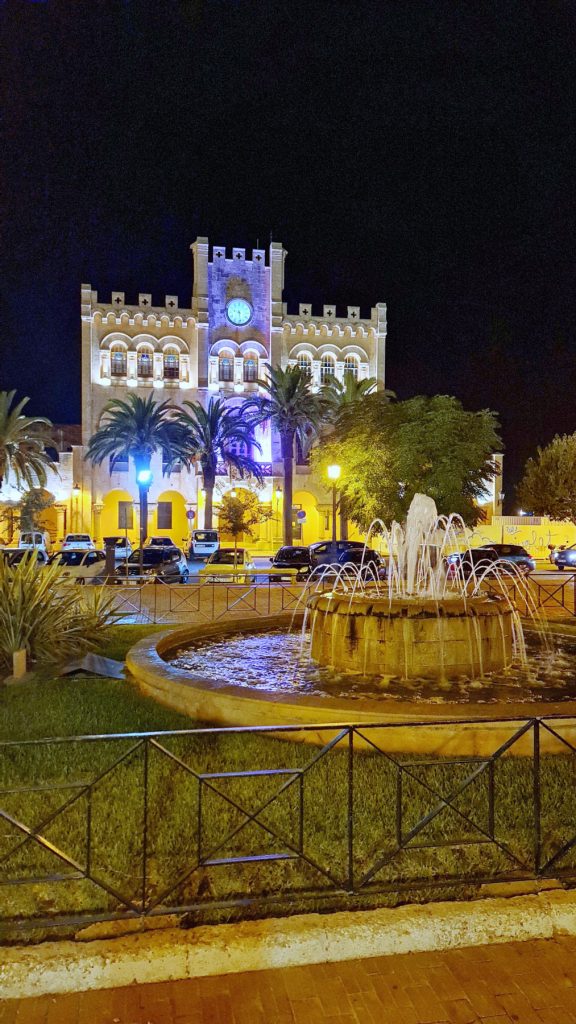 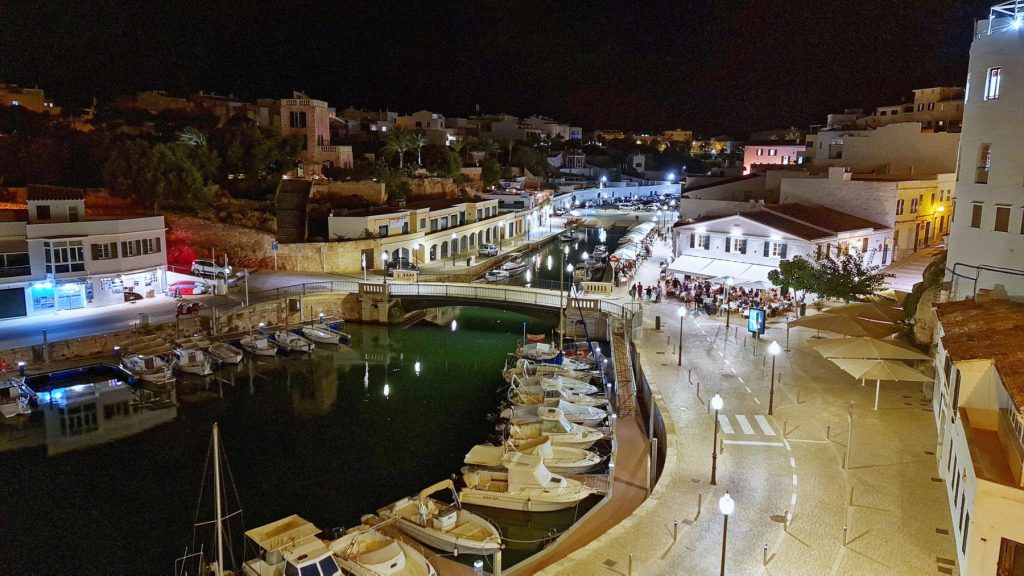 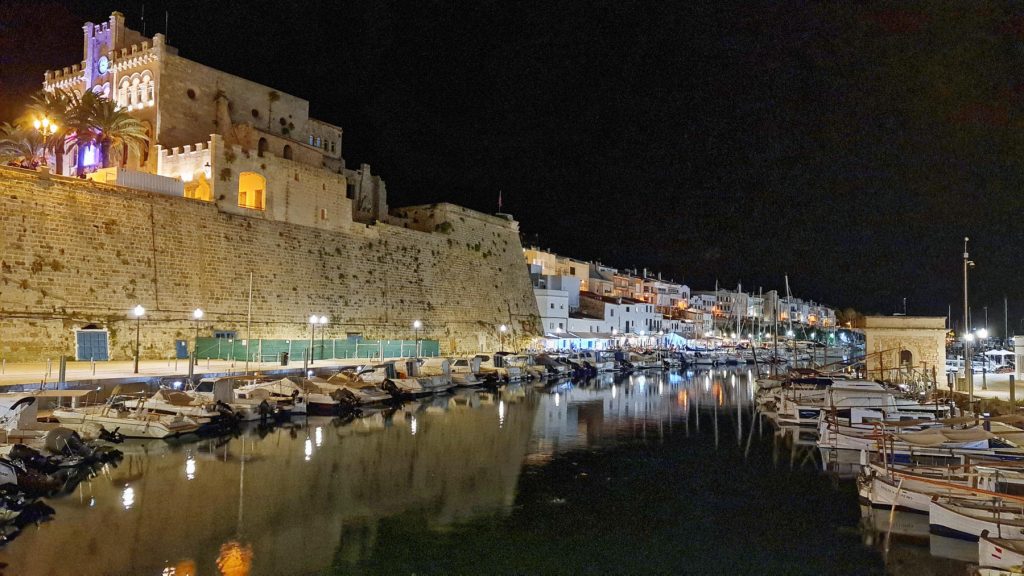 and there’s a lively vibe at just a few seconds after 9pm(!)  The central square was, as one would expect, very animated, 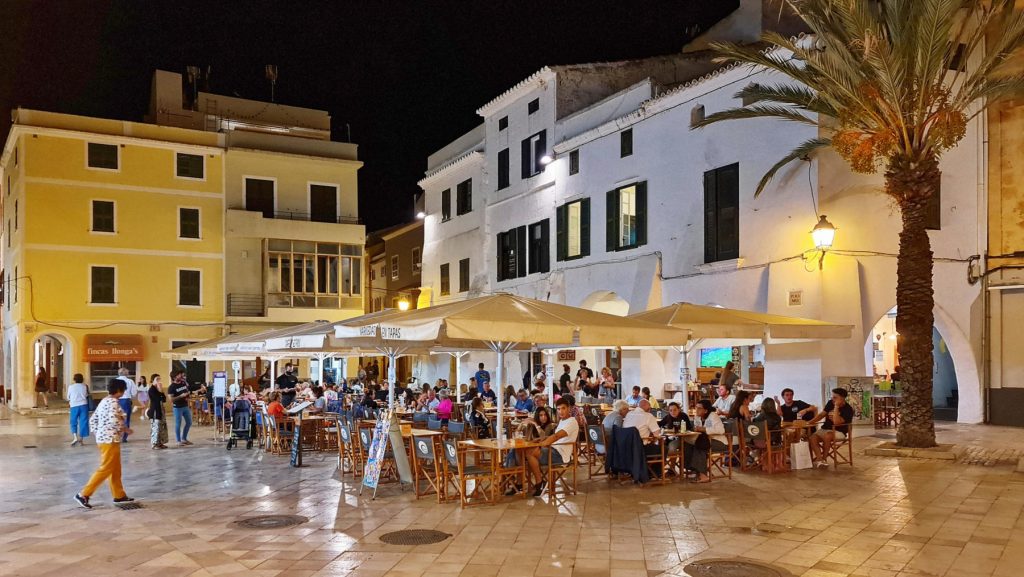 and the Municipal Market was a happening place 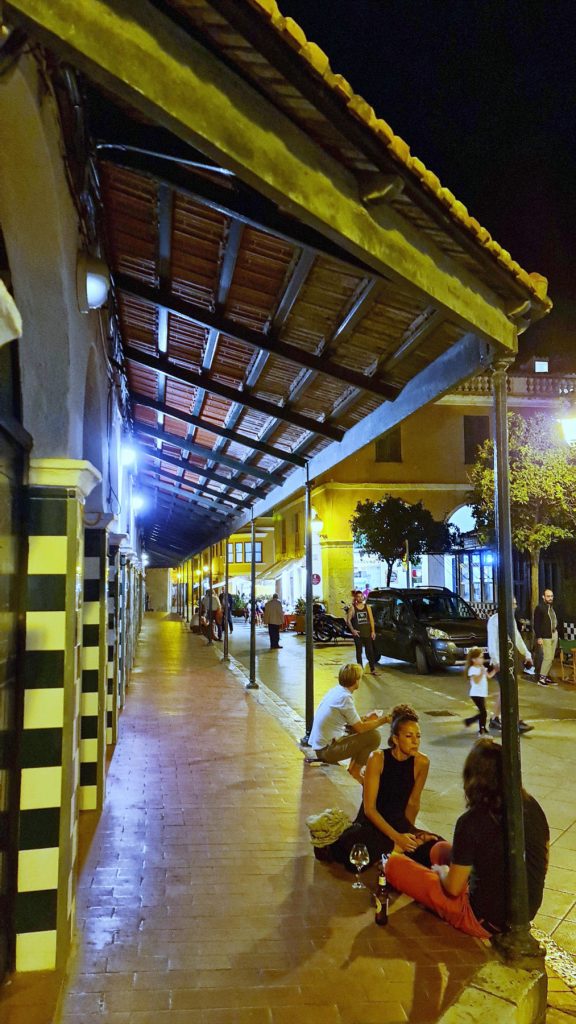 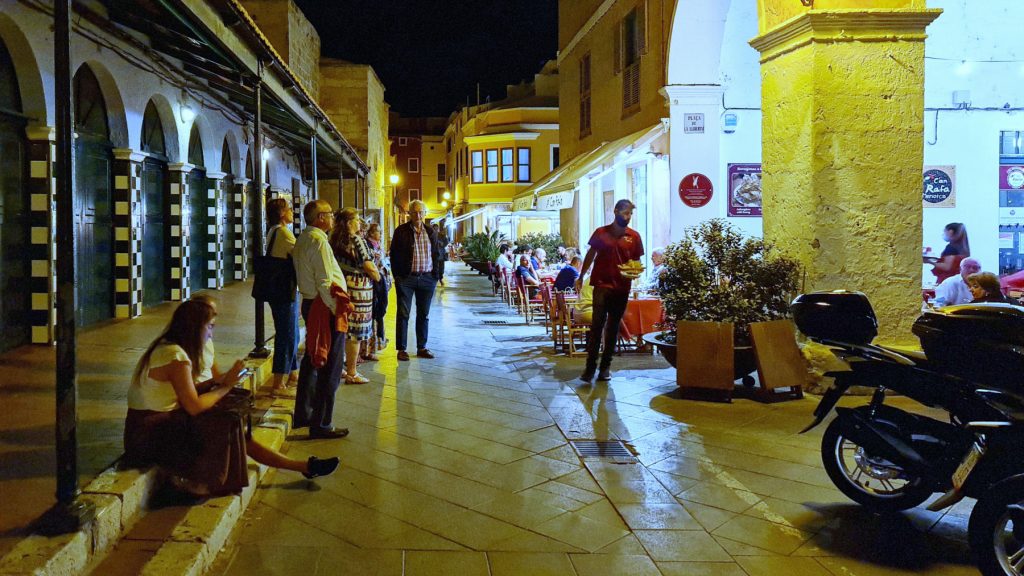 and it was here that we noticed that a lot of places had queues of people waiting for a table. Given the apparently almost limitless supply of places to eat – they put tables out everywhere – 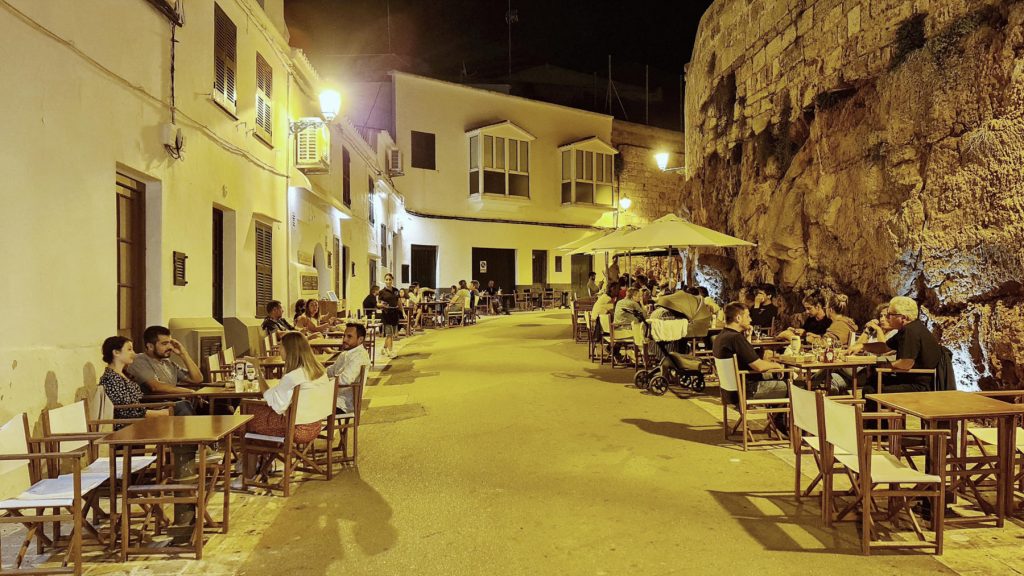 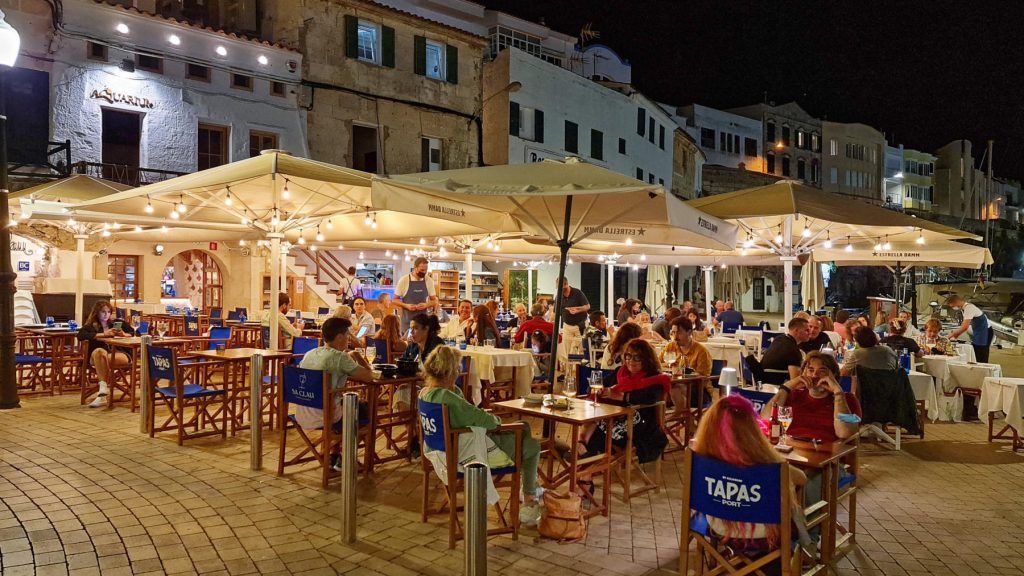 and others almost bereft of customers. 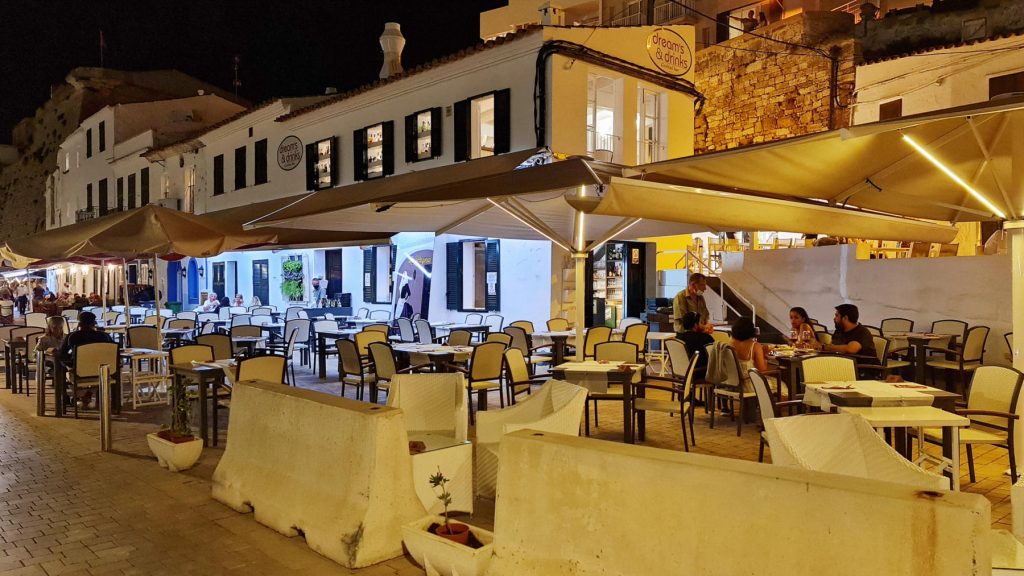 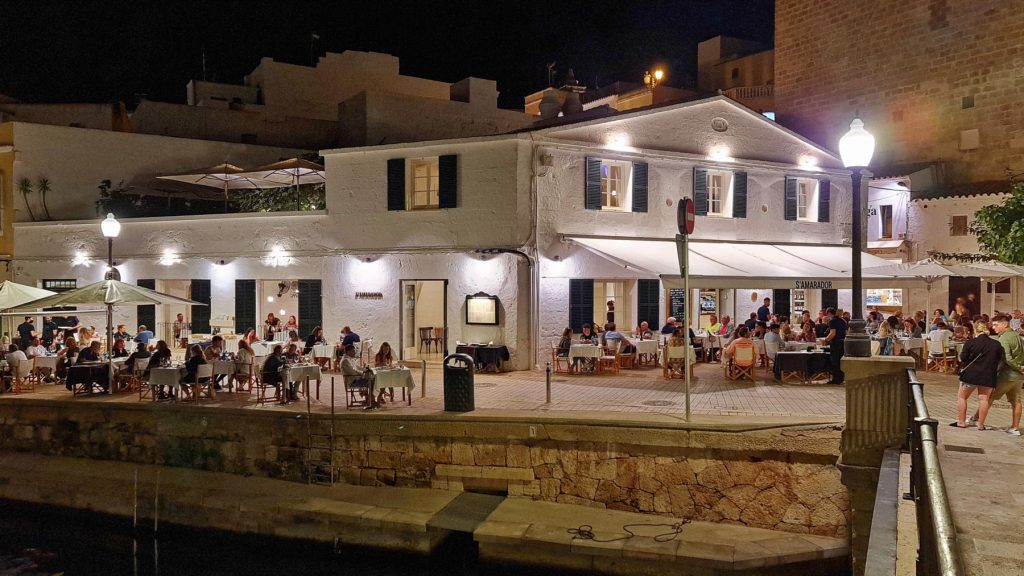 So we completed our paseo and headed back to the hotel.  Tomorrow is the day for our journey home.  I will report on it, particularly if there’s any excitement about getting into the country or, indeed, getting home from the airport given difficulties finding fuel, etc.  So stay tuned and find out how it all ended up.