Friday March 1. A large chunk of the day was to be spent at the Daymaniyat Islands, a nature reserve off the coast by Seeb, near Muscat. Rashid had talked about a dhow being our transport, but in the event we travelled in a smallish motor boat just big enough to house the three of us, the skipper and his mate and two 300-horsepower outboard engines. We boarded at Al Mouj, a very posh community residential and business area which featured (luckily for us) a marina, and pottered out of the harbour before the skipper opened up the throttles and we headed out at 30mph.

The Daymaniyat Islands are just basically lumps of rock a short distance off the coast of Oman, but access is restricted – it is necessary to apply for a pass to go there, and such things as fishing are prohibited. There are a couple of beaches and snorkelling is a very popular activity, and that was what we were here for. We moored off one rock which the skipper called Turtle Island.

I don’t think that’s it’s real name, it’s just he thought we had the best chance of seeing turtles there.

My ambition was simply to try to get some decent underwater photos, as my record so far is dismal. I tried in the Galapagos, which was pretty much my first (and not really very enjoyable) experience of snorkelling (the lack of enjoyment was due to my own lack of experience and swiimming expertise); the photographic results were awful. There was not one single underwater picture worth sharing on that trip, sadly.

So, in we plunged and I was about to set off in the hope of finding some nice pictures when I tested my nice brand-new snorkelling tube to find that it let the water in, which was a bit on the disappointing side. Fortunately, the skipper could provide a substitute, so off I went. I got lots of very poor photos of fish and some reasonable pictures of the coral there

and a fairly sizeable sea urchin 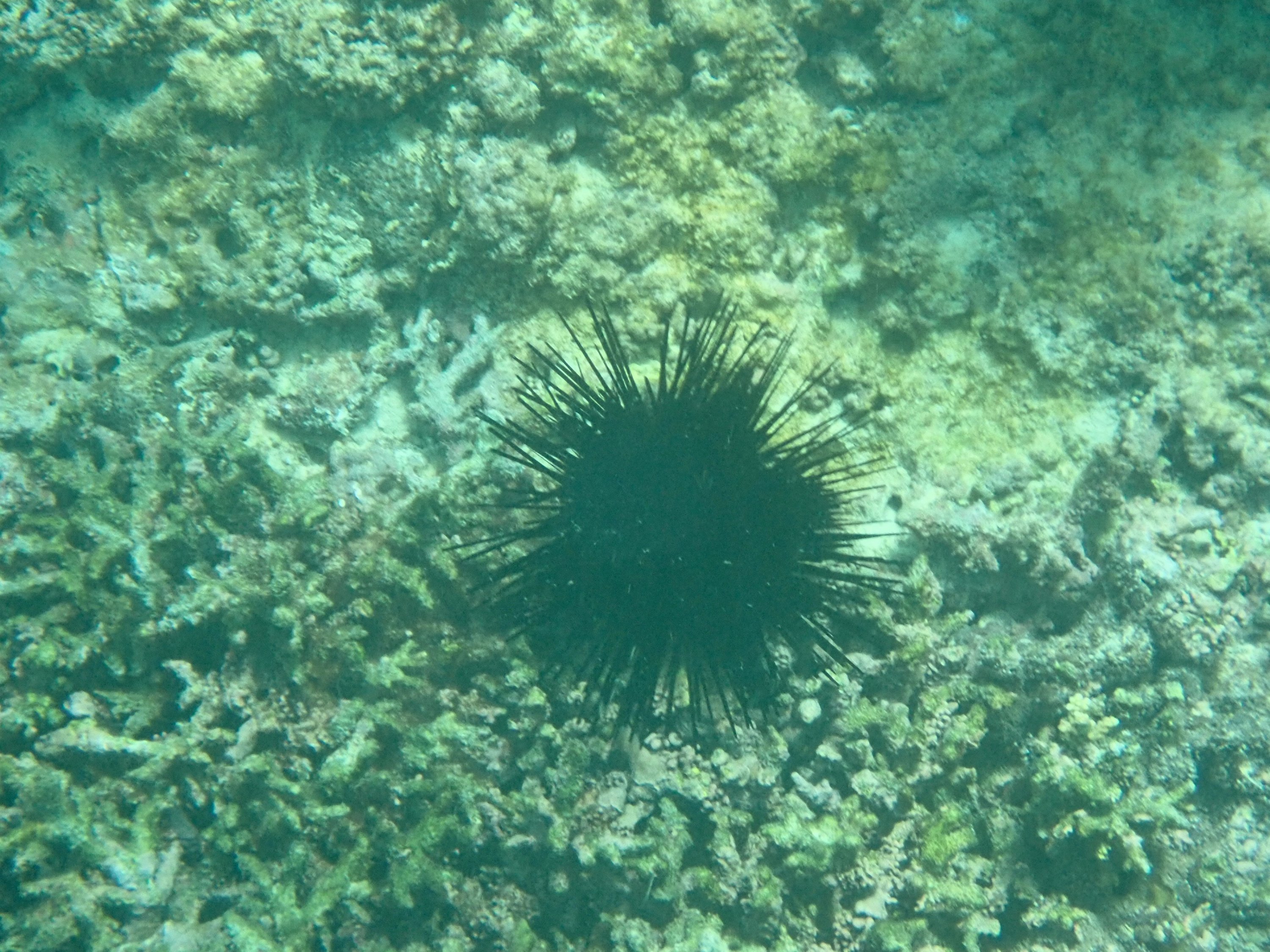 but no turtles by the time I got out of the boat for a rest. Jane had found one and so we got back in and headed over to where she had seen it – and there it was; a green sea turtle! The only problem was that my mask had completely misted up so I could barely make the thing out, far less see what my (Olympus TG-5 Tough) camera was doing. Nonetheless, I managed a couple of decent snaps 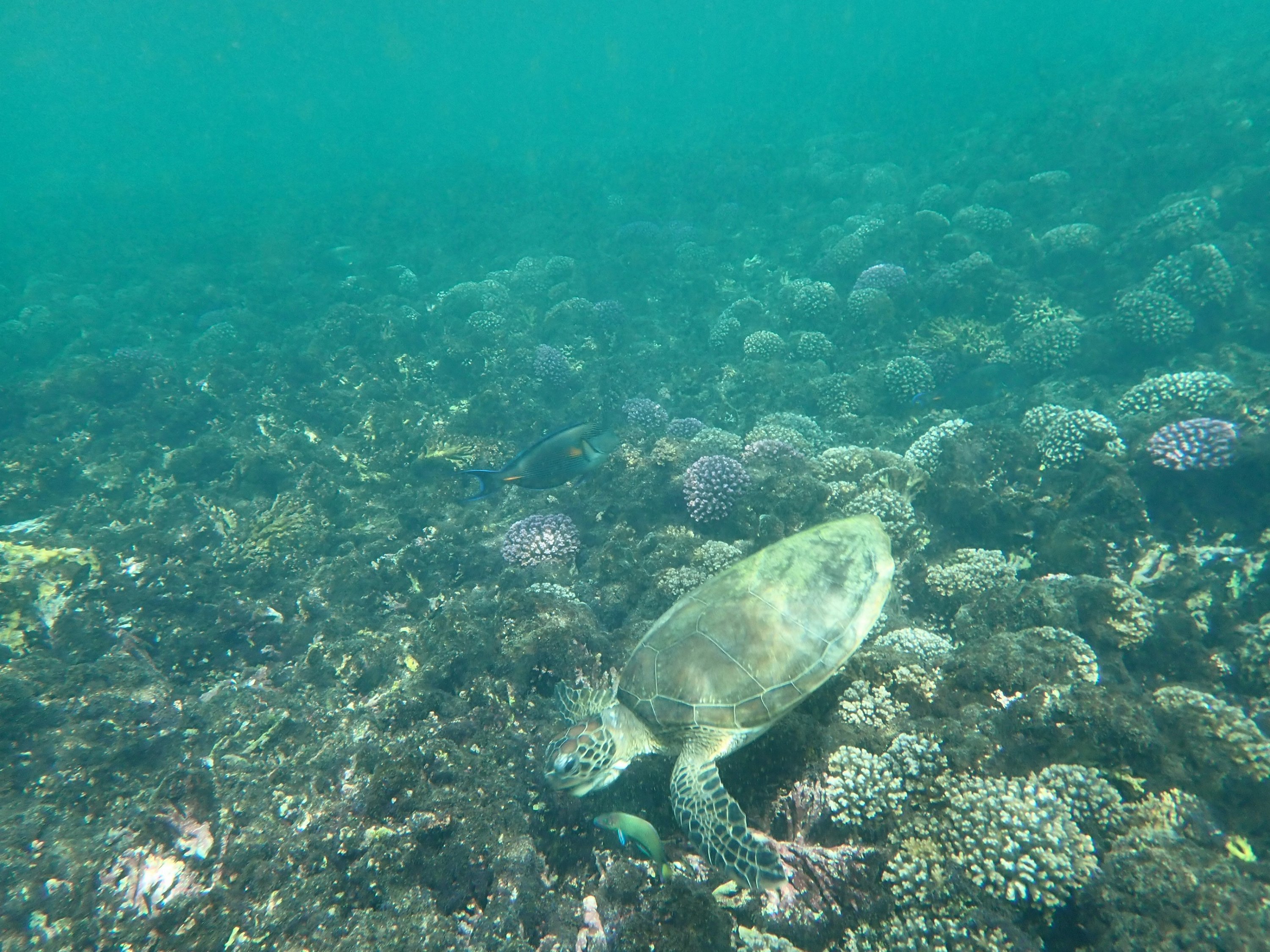 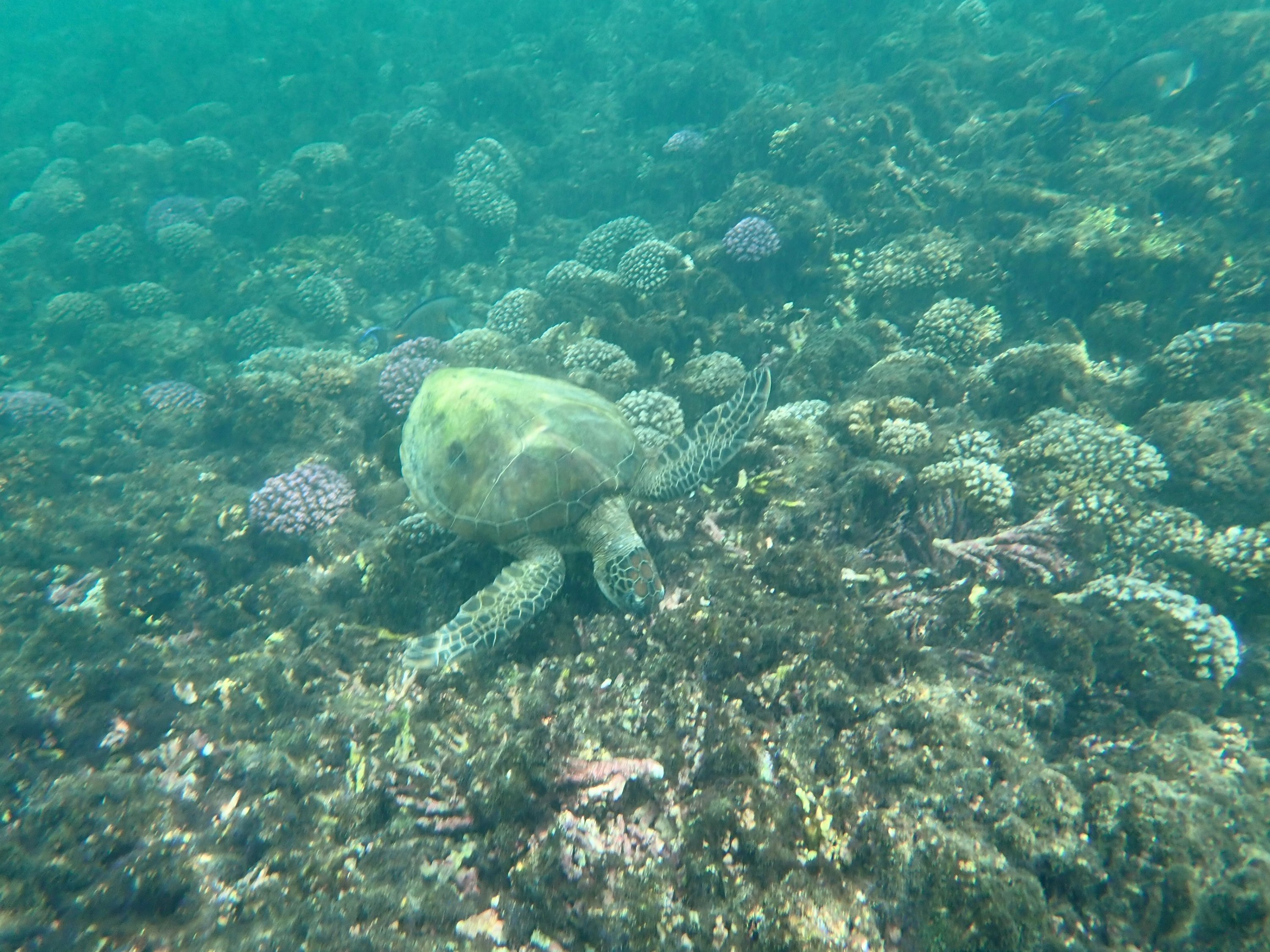 by sheer freakish good fortune, and also – hallelujah! – some video!

We pottered over to another, different location

and had another dip. This time, athough my mask was clear, the photos and videos were still disappointing. Note to self – don’t try to zoom in too much, even if the camera has the function, as the results are unlikely to be worthwhile. So I’ve learnt something photographically worthwhile on this trip, eh?

Then, although it was still earlyish (about 1130) we took lunch as it looked like the weather would change. Rashid said that perhaps some rain was expected. Indeed, the wind was beginning to get up and actually before we’d had time to finish our picnic lunch, the skipper was looking anxious and so we told him to take us home.

Fuck me, what a journey!

The wind had got up to at least a force 6. If you read the official blurb to describe this, it calls it “strong breeze” and says that it features “large waves with foam crests and some spray”.

What it doesn’t tell you is that, in a small boat when trying to make way basically into the teeth of it, it involves you being thrown out of your seat unless you’re clutching on to something substantial whilst having bucketfuls of the contents of the Sea of Oman chucked over you at regular intervals of, say, every five seconds or so.

The skipper did his best to minimise the discomfort, but it was still a hideously uncomfortable journey made worse by my (a) worrying that sea water would find its way into my lovely new Nikon Z6 and all my lenses and (b) really, really, really needing a pee but understanding that trying to do that would almost certainly involve suffering serious injury. I used Endomondo to track our progress on the boat, which is how I know we were averaging about 30mph on the way out. Coming back, the best we could do was between 5 and 9 mph until we got very close to the coast and could speed up a bit. So it was a long, wet and very uncomfortable journey for us all. Under the circumstances, I hope you’ll forgive me for not having taken any photos on this return leg. Poor old Rashid looked a picture of misery even as he insisted he was OK standing and holding on to a stanchion and really didn’t need us to shift up so he could sit down. The sea water got to his phone, and it was dead by the time we made land, poor chap.

Thanks to the skills of the skipper, we made it back safely to the marina and I made it safely to the loo; then we hastily packed up our stuff so that Rashid could take us back to the hotel. We said our goodbyes to him at that point, but the situation made it a hastier and more muted farewell than perhaps it might have been in other circumstances. Rashid had done a fantastic job of looking after us for nine days, sharing his passion for Oman, his knowledge of the area and his love of guiding to make our time with him so interesting and enjoyable and we’re both hugely grateful to him for his energy, expertise and thoughtfulness.

The shower back at the hotel was a thing of joy. So was the large G&T immediately afterwards.

The rest of the day was spent recovering and relaxing and, in my case, writing the blog, for today would be the last day of Being A Tourist; the only thing the morrow had to offer was a day of relaxing, maybe a bit of photography around the hotel and packing to travel home, as we have a very early start on Sunday.

So, that’s it, really – it’s been a remarkable few days, with new experiences of a (for us) new country and its landscape, culture and people. We’ve been royally looked after by the fantastic team at Hud Hud Travels and the staff at the Chedi Muscat. We shall miss this place.

I might cobble together some final thoughts on the holiday and what we’ve learned, in which case, it will be in the next instalment of this blog, in case you’re interested to keep up. ‘Bye for now.