The main purpose of visiting El Calafate was as a staging post to see one of Argentina’s most striking sights – the Perito Moreno Glacier. The glacier is named after Francisco Moreno (“perito”means specialist, or expert), a prominent explorer and academic.

The trip is a day’s outing from El Calafate, some 50km to the Perito Moreno national park, and then taking up on various options: a boat trip on the lake to see the glacier from close at hand; a walk along prepared pathways to see the glacier from higher up but further away (but also, importantly, to be able to listen to the sounds it makes); and/or, if you’re young enough, a hike on to the glacier itself. We weren’t booked in to do the last of these options, and the age limit means that we will never now get the chance, which is a shame; a friend tells that it’s a fantastic experience. But that didn’t stop us from enjoying an entirely arresting sight – a glacier 70 metres deep debouching on to Lake Argentina.

Our guide, Jenny, made sure that we took up on all the available options to see the glacier, which is dramatically revealed as you round a corner; at first it’s difficult to understand what you’re seeing, but then the scale of the glacier dramatically becomes clear 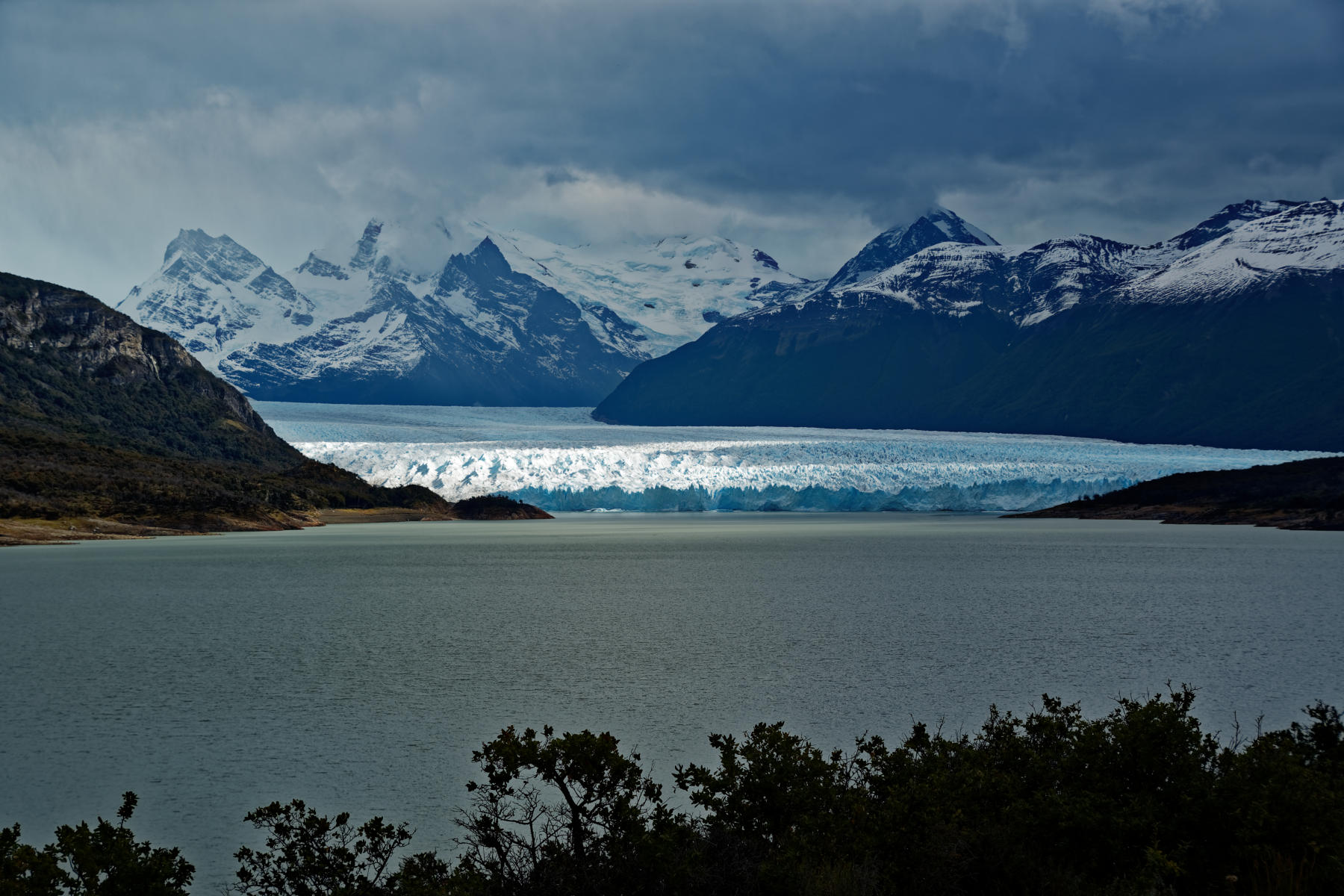 and the crowds gathered at the first available viewpoint underline its appeal as a tourist attraction. The next stage on our day’s outing was to board a catamaran to go to view the glacier from close at hand, which gives you the first impression of its scale and, importantly, the colours in it. The second video in this Instagram set gives you the general idea:

After the boat trip, the next stop is at the official visitors’ centre, whence prepared footpaths run in various directions to give you different viewpoints of the glacier – the first video was taken from the topmost of these. The footpaths are very well-made, with metal grid surfaces and lots of steps, taking you to several different places from which to view the glacier. 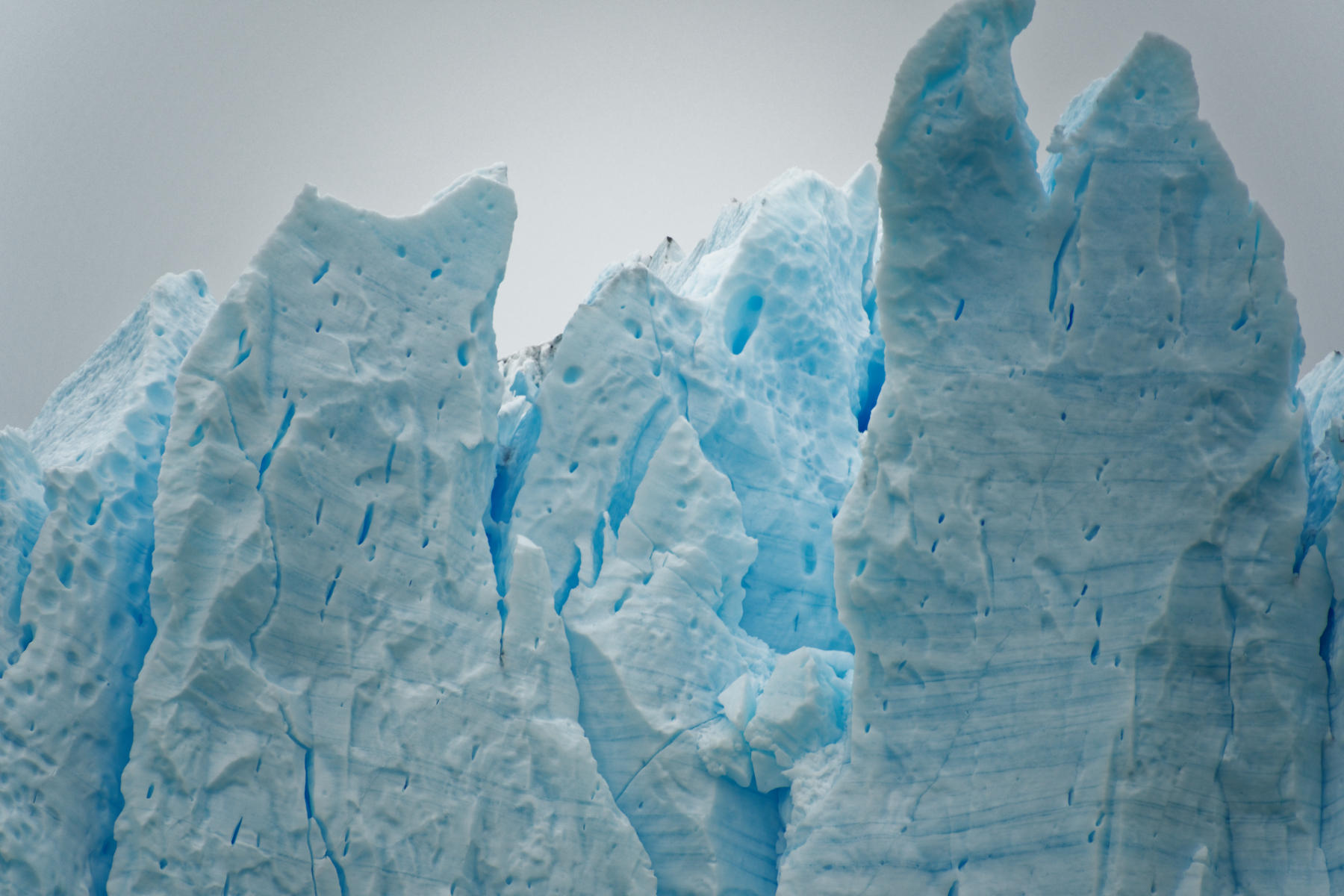 there is a striking outlier on the shore opposite one of the faces of the glacier. 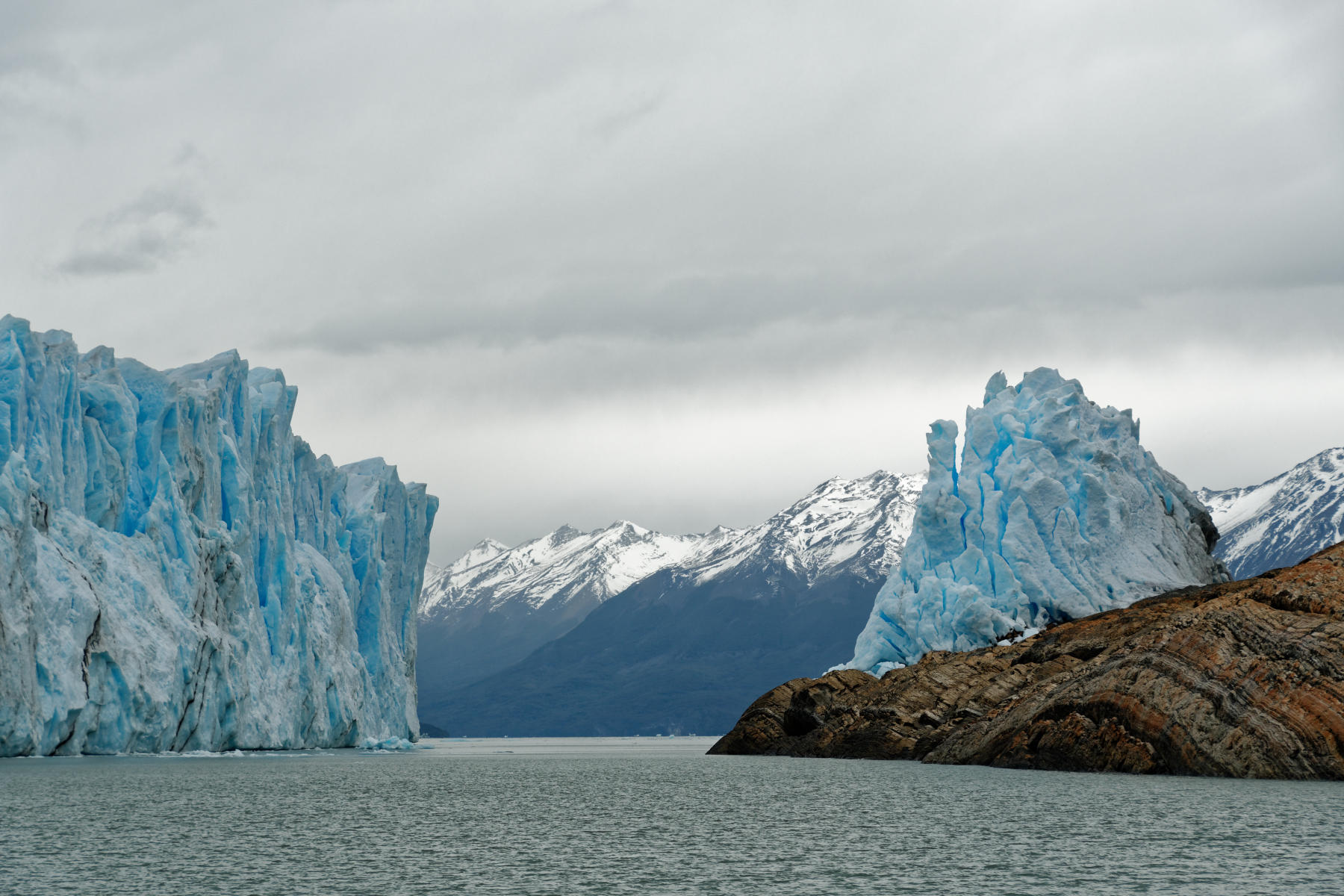 This is caused by a regular occurrence, the last one being in 2016. This glacier is based on bedrock (i.e. none of it is floating on the water) and advances at an indecently hasty speed of 1-2 metres per year. As you can see from the picture above, this makes it inevitable that at some stage it will block the channel, thus preventing water from flowing through. So the lake level builds up and up (on the near side as we look at it), until eventually the tempertature and pressure of the water wins, first creating tunnel through the ice and then blasting its way through the blockage.

I don’t believe that there’s anything in Europe which cacn match the sight and the impression this glacier makes. It’s a superb day out and something of which the Argentinians are justly proud.